The Test for Proving Workplace Harassment 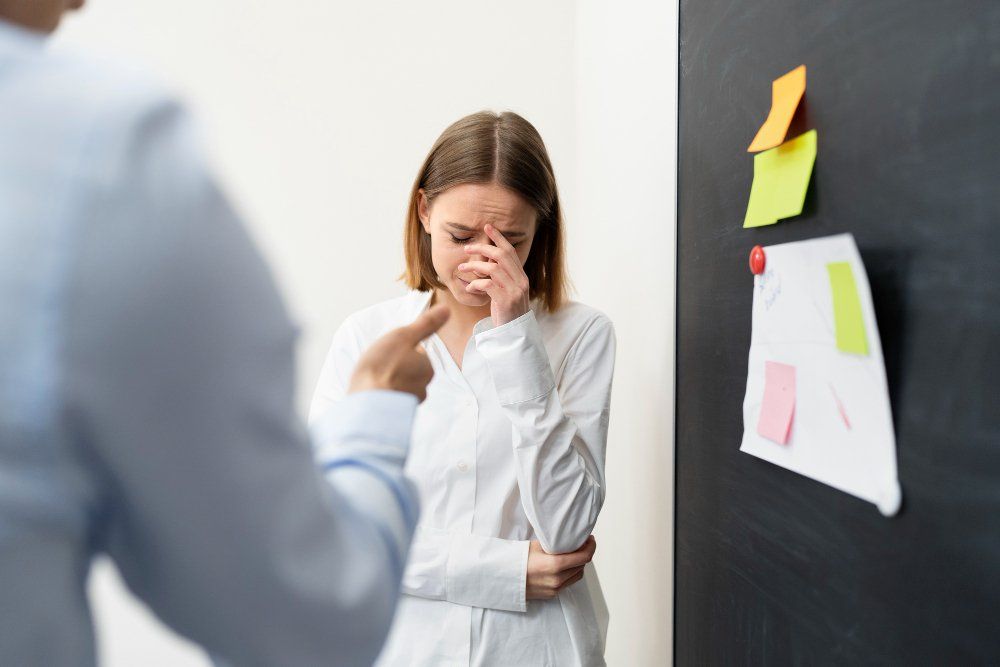 Source: freepik on Freepik.com
How to Prove Workplace Harassment

The issue of what constitutes 'workplace harassment' can be a tricky one to navigate.

For instance, would a supervisors actions of persistently chasing his/her employee to complete outstanding work matters amount to workplace harassment? What if the supervisor here requests/instructs the employee to come in over the weekend to complete the outstanding works despite it being his/her religious holiday and the employee doesn't leading to her being issued with a show cause letter? Would this amount to discrimination given that the employee was being faulted for not coming in during his/her religious holiday?

In Malaysia, these issues have not been clearly answered up until now. Please see below details of an interesting case law that came out of our Industrial Court very recently addressing this issue of 'what elements are required to prove a claim of workplace harassment'.

1.    Can a supervisor impose his own moral standards on a subordinate? Would such actions amount to harassment?, and

2.   Would the actions of a supervisor in making negative remarks to his subordinate over her having an alleged affair with a married man amount to workplace harassment?,

In our feature case, the claimant was employed by the company as a Section Manager of its CMH ME TC Lab. Approximately 12 years into his employment with it, he received a show cause letter from the company over allegations of workplace harassment against his subordinate, COW4.

The allegations were as follows:

You have harassed one of your direct reports - Jessica Mary Fernandez by stalking her social media account (Facebook) and had taken a photo of her late mother which she has posted and you used it as your WhatsApp's profile picture. On top of that, you also ignored her plea when she requested you to remove the photo immediately. This took place between 12th and 13th December 2017.

You have repeatedly and consistently messaged her thru WhatsApp's with regards to non-work-related matters despite her not responding to majority of them starting from December 2017 time frame.

You have invaded her privacy by questioning her personal matters which has no relevance to work - over a very lengthy conversations that had taken place during working hours - on multiple occasions."

Following his response to the show cause, a Domestic Inquiry was convened wherein at the conclusion of which, he was dismissed from employment. This led to his present claim for unfair dismissal.

The critical issue before the court was to determine whether the conduct of the claimant met the test for ‘workplace harassment’.

The Industrial Court held in favour of the company, finding that the conduct of the claimant met the threshold test for proving workplace harassment. In coming to this finding, the court states the following:

“The claimant explained his motive in downloading COW4's late mother's photo and using it as his WhatsApp profile photo as he wanted to give COW4 a "gentle jolt" with regards to COW4's purported involvement with a married man (CLWS-1; Q & A No. 13):-

Q : Please refer to Charge No. 1 in the Notice of Inquiry at p. 15 of the claimant's Bundle of Documents. What are your comments on the said charge?

A : I deny that I had harassed Ms. Jessica. Ms. Jessica was my subordinate and a colleague in the material technology laboratory department for the past 4 years.

Vide my e-mail dated 22 April 2018, I had raised a complaint to Mr. Keven Manogar who was the superior to one Francis Subramaniam, that Mr. Francis had frequently been meeting and talking to Ms. Jessica during working hours, which often takes more than half an hour. This had interrupted the overall performance of the Kulim Material Technology Lab. My e-mail can be found at p. 1 of the claimant's Additional Bundle of Documents. This was the real reason behind Ms. Jessica raising baseless complaints against me.

Sometime in the middle of 2017, I discovered that Ms. Jessica has been forging a close relationship with Mr. Francis who was a married man. I then advised Ms. Jessica not to get involved with a married man, however Ms. Jessica did not accede to my advice. I then obtained her late mother's photo from her Facebook and placed it as my WhatsApp profile picture to give her a gentle jolt as to what I felt was her relationship with the married man was morally wrong.

This was done purely with concern and without any malice intention towards Ms. Jessica. When Ms. Jessica confronted me and requested me to remove the picture, I did so immediately the following day. As such, Charge No. 1 which states that I ignored her plea to remove the photo was not true.

However, the submission of the claimant's counsel is wholly inconsistent with the claimant's own evidence in his Witness Statement (CLWS-1; Q & A No. 13) wherein he had readily admitted to have "obtained (COW4)'s photo from her Facebook and placed it as my WhatsApp profile picture".

Even though COW4's Facebook account was not set to private setting, nevertheless it does not give the claimant the right to download her late mother's photo without COW4's prior permission and taking the liberty to misuse the said photo as his WhatsApp profile photo.”

“The claimant testified (CLWS-1; Q & A No. 13) that the reason why he took COW4's late mother's photo and used it as his WhatsApp profile photo was because he wanted to give COW4 a "gentle jolt" due to her purported forging of a close relationship with a married man, ie, one Mr. Francis, and that it was affecting her work performance as she was frequently having chats with the said Mr. Francis. Even so, what the claimant ought to have done was to have brought the matter up to the company's management for their further action, if indeed COW4's work performance was affected. Instead, the claimant took matters into his own hand and turned into a moral police, even though he had no business interfering in COW4's personal life. The claimant's behaviour is all the more inappropriate and serious as he was COW4's immediate superior.

‘Harassment is a very serious misconduct and in whatever form it takes, it cannot be tolerated by any employer. The employer bears an obligation to protect its employees from being harassed by co-workers. Harassment in any form lowers the dignity and respect of the ones who get harassed and would surely disrupt or destroy a harmonious and conducive work place. The perpetrators who go unpunished will only intimidate, humiliate and traumatise the victims resulting in an unhealthy working environment. Likewise, insubordination and refusal to follow superior orders are very serious misconduct which cannot be tolerated by employers.’”

Following its findings that the claimant’s conduct was indeed inappropriate, the court went on to address the issue of whether his conduct met the threshold test of ‘workplace harassment’ wherein it said the following:

“Learned counsel for the claimant has taken issue with the definition of harassment found in the company's Code of Business Ethics, in that there was no evidence that COW4's work performance has suffered. Counsel argues that the suffering of work performance is an essential element to be proven to constitute harassment under the Code of Business Ethics and that the company had failed to prove the same. The court however is unable to accept the argument of the claimant's counsel. Even though the company's Code of Business Ethics may have defined "harassment" as such, but the prevailing law with regards to what constitutes harassment has been succinctly laid down by the Federal Court in the case of Mohd Ridzwan Abdul Razak v. Asmah Hj Mohd Nor [2016] 6 CLJ 346 wherein it was held (vide the judgment of Suriyadi Halim Omar FCJ):

‘For our purpose, before defining the tortious phrase of sexual harassment, we need to know what harassment is in the first place. For brevity, when identifying the harasser or the victim, the pronouns he, she and her, apply to both genders whenever appropriate. Putting aside the statutory definition provided for in the Employment (Amendment) Act 2012 and in the Employment Act 1955 as discussed earlier, Lord Sumpton in Hayes v. Willoughby [2013] 1 WLR 935 acknowledged that harassment is an "ordinary English word with a well understood meaning." Citing Thomas v. News Group Newspapers Ltd [2002] EMLR 78 (at 30), Lord Sumpton stated that harassment is, "a persistent and deliberate course of unreasonable and oppressive conduct, targeted at another person, which is calculated and does cause that person alarm, fear or distress". We certainly have no disagreement with such a definition.’

Having considered the evidence produced before the court, both documentary as well as oral testimonies, the company had satisfied all three elements above when he acted untowardly against COW4.”

Refrain From Becoming the Moral Police

This case decision highlights the courts position that managers in organisations cannot impose their own sense of morality onto their subordinates (or colleagues) personal life. While morality can be imposed when it comes to the business (for instance in instances involving bribery/corruption), managers cannot take this to mean that they are permitted to impose their own morality into their subordinates personal life.

There is much confusion as to what constitutes workplace harassment.

Would the actions of a supervisor who is pushing his staff with regard to meeting work commitments for instance amount to workplace harassment/bullying?

Where does one draw the line?

Our Industrial Court here has clarified that for the behaviour or conduct of a manager to amount to harassment under the law, three elements need to be met:
1.     The unreasonable and oppressive conduct needs to be deliberate and persistent,
2.     The behaviour was targeted at a particular individual(s), and
3.     The conduct or behaviour could objectively be seen to cause alarm, fear or distress on the individual(s).

In this case, the court found that as all three elements were met, the company was justified in dismissing the claimant.

This case details can be found in the June 2022 updates of the Malaysian Employment Law Learning and Reference System.

Related: Employment Update: Dealing with a Resignation Without Notice 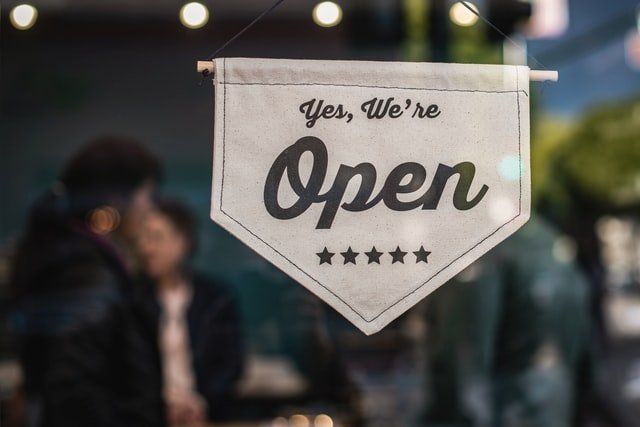