Millennials Don’t Want Fun; They Want You To Lead Better 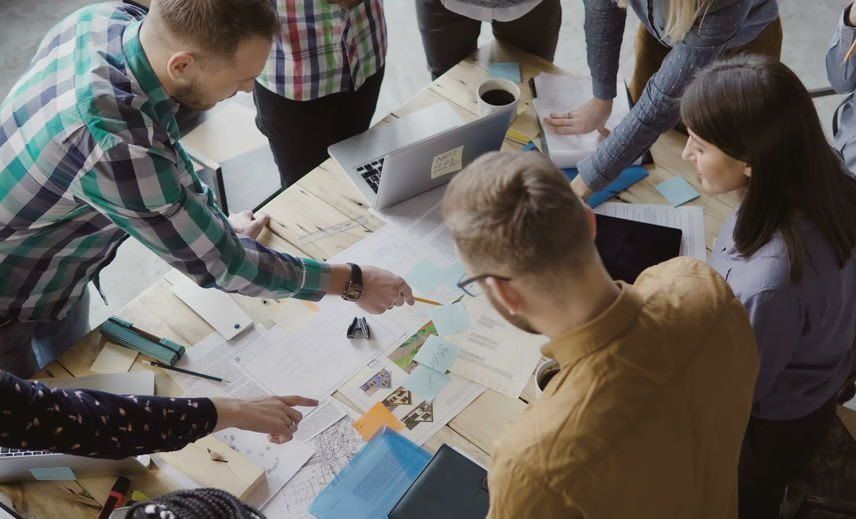 After more than a decade of effort, businesses still have not figured out how to successfully motivate, inspire, and keep – millennial workers.

According to a Gallup study, employees aged 20 to 36 years old are the least engaged generation in the workplace by far.

On top of that, 21 percent quit their jobs last year, and 60 percent say they’re floating their resumés right now!

For all the companies that tried to win over their ‘Gen Y’ workers by paying down their student loan bills, introducing free energy drinks and making the hoodie acceptable office attire, these stats may seem galling.

Perhaps we should all just accept that this is simply a group of needy and entitled people who’ll never be truly happy or loyal at work?

Gallup’s research reminds us that millennial workers grew up very differently than previous generations, and have a unique set of values, needs, and worldview as a result.

What’s evident is that this is no slacker class, nor are they hardwired to be disloyal. What they are is demanding.

They know very clearly what they want in exchange for their work, and have proved very willing to keep looking until they find it.

Remarkably, this is a generation of workers that rejects traditional ways, and fully expects their bosses and organisations to adapt to them.

It’s a stunning fact that millennials already represent 40 per cent of the American workforce – and that number will nearly double in just 10 more years.

While some of us may have resisted changing how we lead in response to the demands of millennial workers, the conclusion of the research is that we must act now.

Importantly, the most progressive organisations are already on their way.

What shaped the millennial mindset

Last year, Gallup published ‘How Millennials Want To Work And Live,’ an in-depth look at what defines millennials as employees.

After digesting all 150 pages, I sat down with Gallup’s long-time Research Director, Dr Jim Harter, and asked him to explain the key life experiences that shaped the Gen-Y personality.

Here are the big three:

As children, many millennials came home from school to an empty house (latch-key kids) and felt the brunt of not having their parents readily available.

They saw how a 40-hour work week came to represent the bare minimum expected by organisations, and how their parent’s stress levels often proved toxic.

The millennial pivot: A generation far less willing to sacrifice their lives for work. They want to be judged on their results, not time spent on the clock.

While the Baby Boomer and Gen-X generations played Little League and soccer growing up – one activity at a time – millennial parents had their kids over-scheduled.

Perhaps in response to not being able to spend time with them during the workweek, parents attended all of their children’s weekend events – praising and encouraging them all along the way.

The millennial pivot: A generation that needs much more frequent feedback and approval, and expects highly personalised attention from their bosses.

This is the first generation to grow up with immediate and broad access to information due to technology.

And because of social media, millennials are not only far more attuned to what other people think, they have far greater insight into how other people feel in their jobs.

The millennial pivot: They have a huge awareness of what other job opportunities are available, and great visibility into the leadership cultures at other organisations. They may also operate with an idealistic expectation that getting whatever they want should happen quickly. 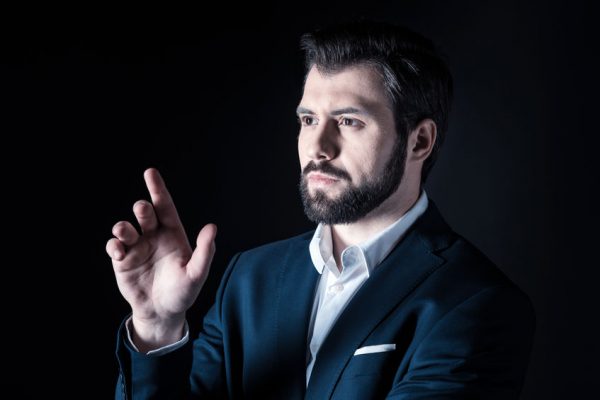 Gallup has identified a list of key functional changes that managers must make in order to successfully influence millennial workers.

Collectively, they also represent a comprehensive redefinition of what all 21st century workers seek from work today. Millennials are simply the first generation to insist upon them:

“Deep inside of us there is a primal desire to do something important in life,” said Oracle CEO, Larry Ellison, and fulfilling this need is a huge driver of millennial engagement.

Gallup’s data proves that millennials are not a generation that wants everything handed to them, nor do they prioritise having a fun workplace over their own growth, development, and feelings of fulfilment.

“What they want,” Harter told me, “is to know their work matters.”

They want accountability and a sense of significance through their own accomplishments.”

As someone who brilliantly led an entire workforce of millennial employees, Google’s former head of people, Laszlo Bock sized it up this way:

“Over the coming decades, the most gifted, hardest working people on the planet will gravitate to places where they can do meaningful work and help shape the destiny of organisations.”

There once was a day in business when we believed people didn’t want to work and needed constant coercing to remain productive.

But millennials have a deep desire to make their lives meaningful ‒ through work.

As a result, they tend to set very high goals for themselves, take ownership for their successes, and want to be held personally accountable.

Tied to this disposition, Gen-Y workers are repelled by traditional bosses who bark orders or manage people in uniform ways.

“This a generation that comes into the workforce expecting to not just have a good boss,” Harter told me, “but a boss who’s a good coach, too.

Coaches drive performance by being approachable human beings. They get to know people as a whole person.

They discover what they’re best at, mentor their growth, and provide ongoing feedback. They’re advocates.”

As evidence of why the United States engagement remains strikingly low, Gallup believes very few people today have this kind of boss.

Noting that the mindset of a ‘coach’ tends to be more supportive, caring, and nurturing to people than what we’ve traditionally expected of workplace managers, I asked Harter if businesses would be wise to formally rename the role.

“If the expectation is that managers should act like coaches,” he told me, “then why not just call it that?”

Research shows that most organisations today give employees an annual performance review – a discussion where managers devote more attention to correcting someone’s weaknesses rather than focusing on their strengths.

And in the experience of millennials, that’s like getting a bad report card in June without any other update all year.

“This is a generation that needs and expects much more frequent communication than that,” Harter told me, knowledge that may make some leaders bristle.

“But if the ultimate job of a manager is to improve performance in the organisation, then giving people more consistent feedback just means they’re doing their job.”

And what is it millennials need to hear from their bosses? Beyond recognition, they’re seeking clarity. Are they working on the right things, succeeding, and making a difference?

Gallup believes twice-a-year formal reviews have become the minimum for businesses today, and that routine ‘check-ins’ are a highly effective way of sustaining trust and connection.

Gallup did a study recently and asked people to re-live their previous work day.

What they discovered is that workers who had the highest engagement were able to use their strengths four times more often than things they did less well.

“In many cases, the jobs we give people don’t match up to how they’re advertised,” Harter told me, “and this is an easy and direct way of losing their commitment right out of the gate.

While we cannot ignore a person’s weaknesses, the wisest leaders are ones who discover what makes each person different and then tailors their job to their strengths.”

It was Yeats who said, “We are happy when we are growing,” and science bears him out.

When people feel they’re in a constant state of maximising their own human potential, they tend to be extremely engaged in their jobs.

As the best educated generation of all time, millennials are also highly attuned to their need for growth and want to envision their futures.

They want to know where they stand, where they’re going, and how they’ll be supported in getting there.

“A manager’s job going forward has to be focused on development as much as it is on performance,”

Some organisations seem to have it in their minds that millennial workers are mercenaries, always looking for a new and better deal.

But Gallup’s research shows what they’re really looking for is a compelling reason to stay.

When Gen-X workers were at the same stage of life as where most Gen-Y employees are today, they actually job-hopped more frequently.

But there came a day when they made a long-term commitment to one organisation – a decision many millennials themselves are getting ready to make.

And where they’ll land will likely be in response to how you choose to lead.

Mark spent over 25 years as a senior executive in financial services, and now is a leadership speaker and consultant. His book, Lead From The Heart, is now being taught at four American universities. Send us your thoughts about employee engagement by emailing us at editor@leaderonomics.com. 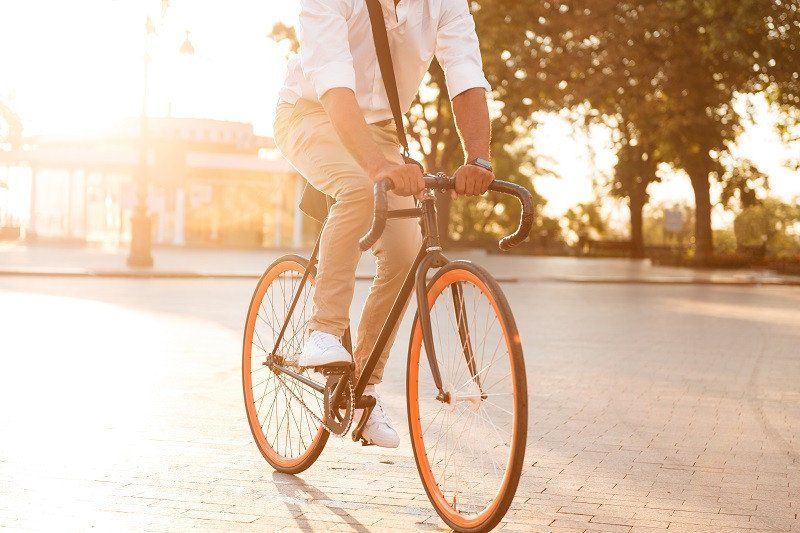 Going Green Does Have Tangible Benefits