Infographic: Which Country Is The Least Cyber Safe? Which Has The Least Internet Freedom? 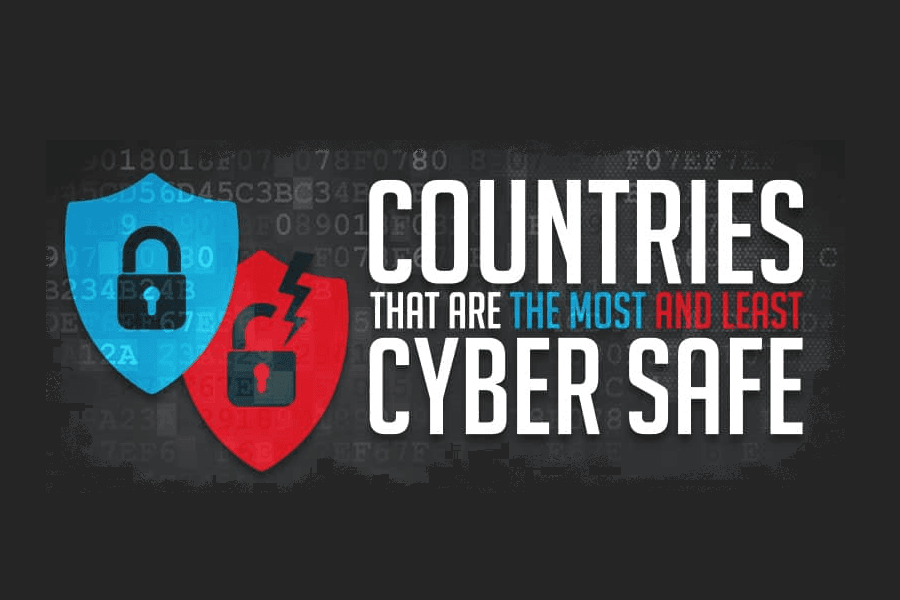 With data-driven and cloud-based technology, so much data is now stored online that we are constantly exposed to a number of cyber security concerns including ransomware, identity theft, malware and cyber attacks. These happen every second all over the world, costing the economy millions of dollars.

Remember WannaCry ransomware attack back in May 2017? It was reported that organisations that had not installed Microsoft’s security update were affected by the attack. Europol estimated that about 200,000 computers were infected across 150 countries. The attack affected hospitals in Spain and Britain and ravaged computers at universities in China, rail systems in Germany and automotive plants in Japan.

The following data visualisation will delve into a number of metrics that demonstrate the variety of threats we face online, looking at which countries receive the highest amount of DDoS attacks, cyber espionage, and web application attacks.

It’ll also journey across the world to find out which countries give their users the most freedom on the internet, and which are least prepared for cyber attacks. We’ll also take a look at just how much cyber crime is costing various countries. 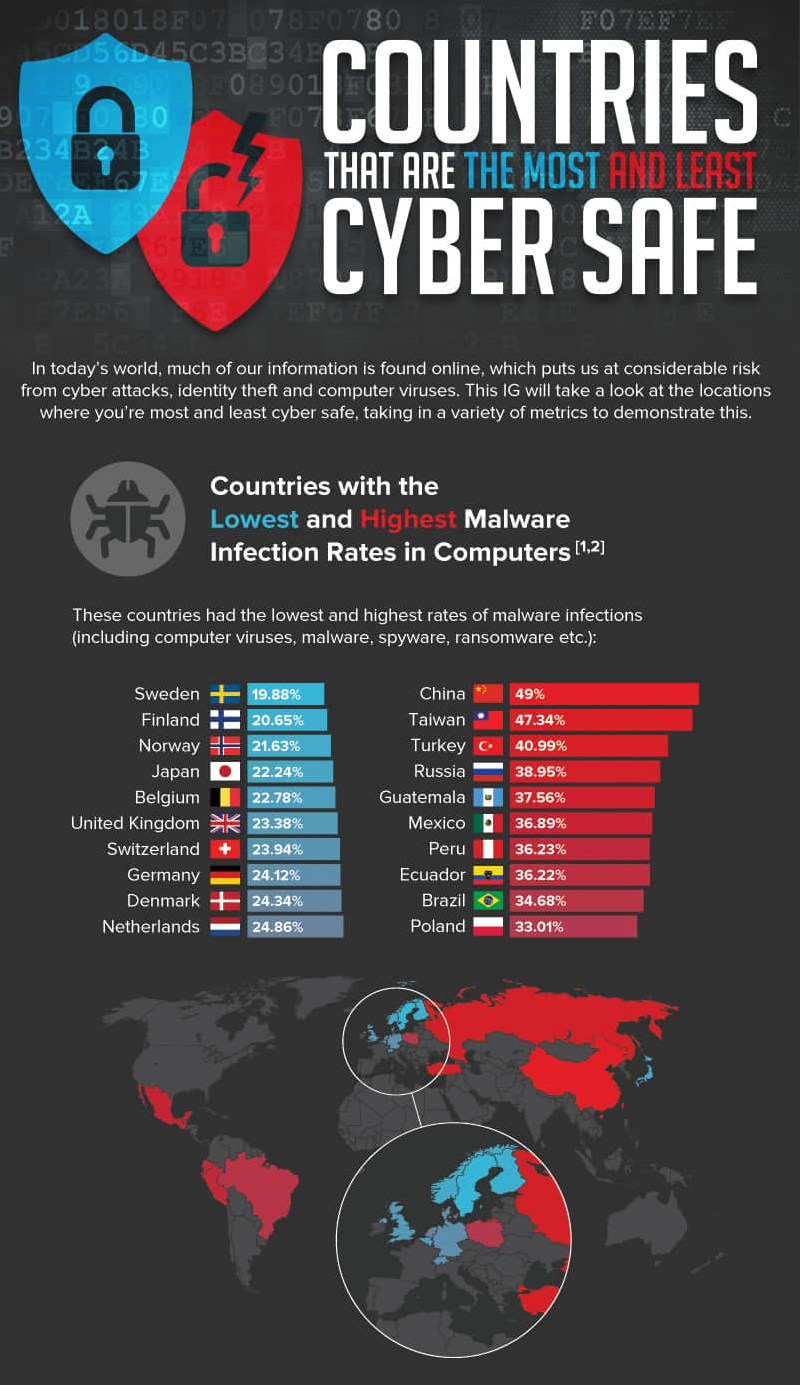 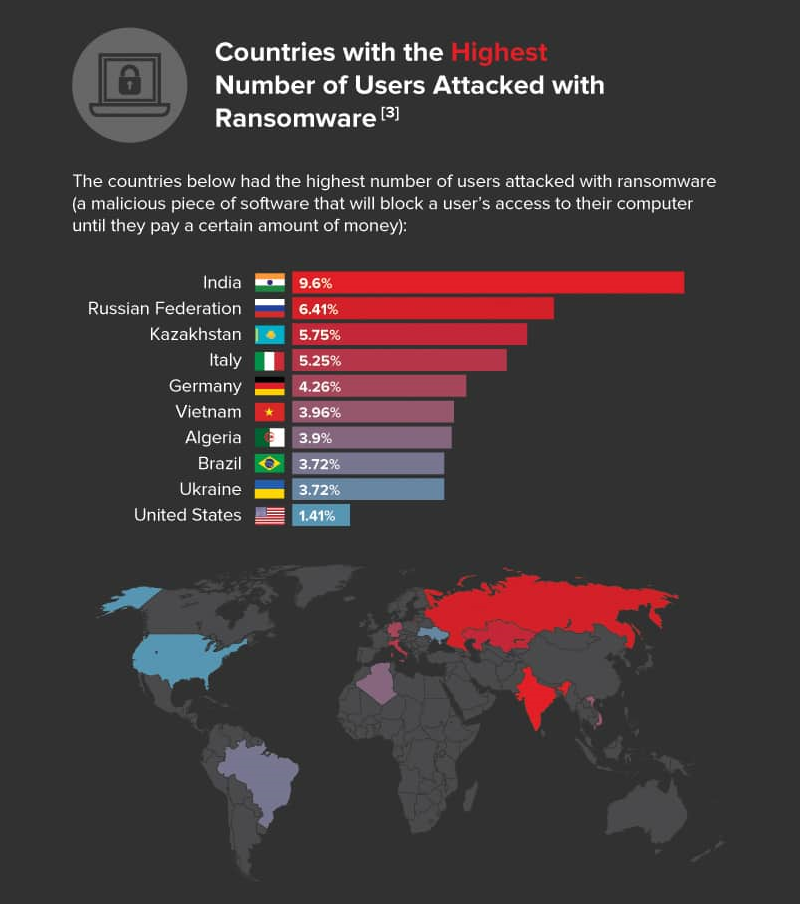 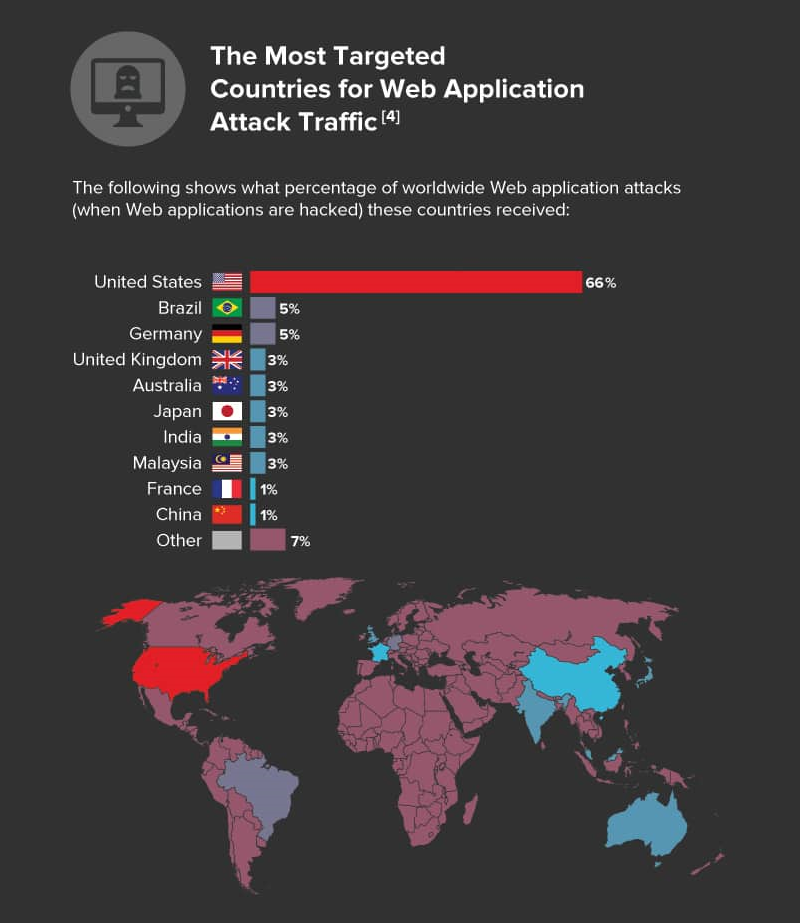 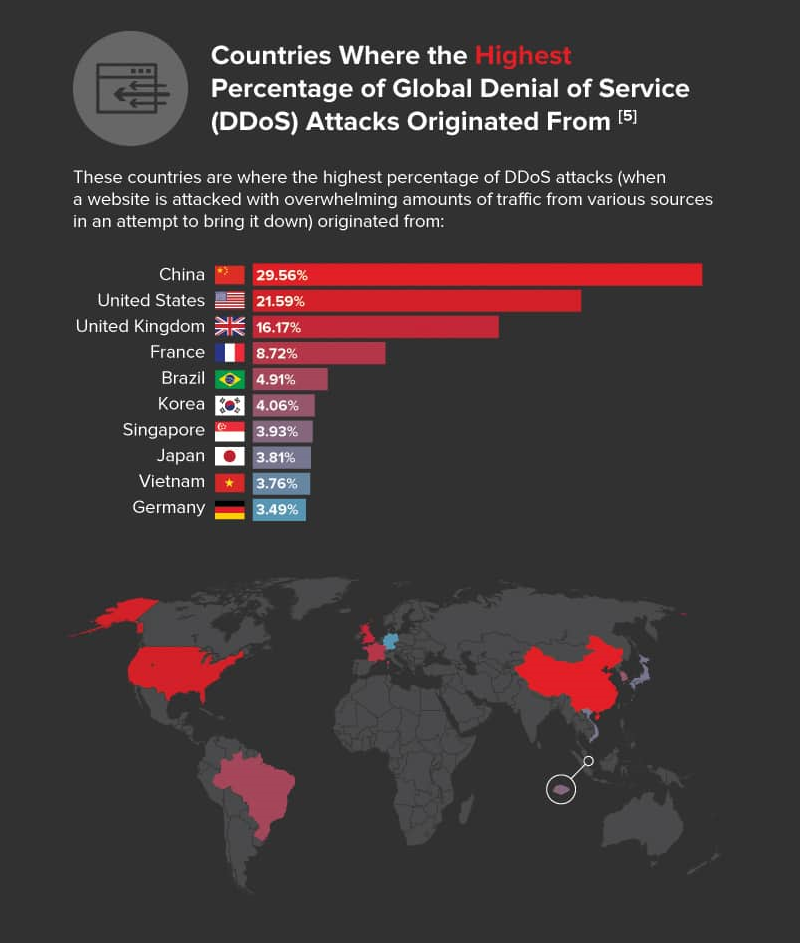 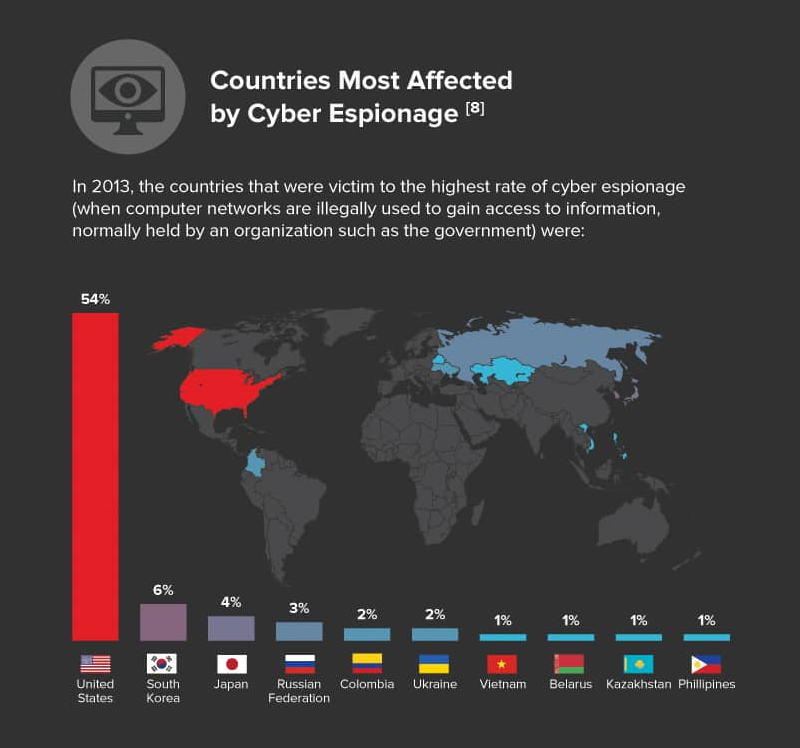 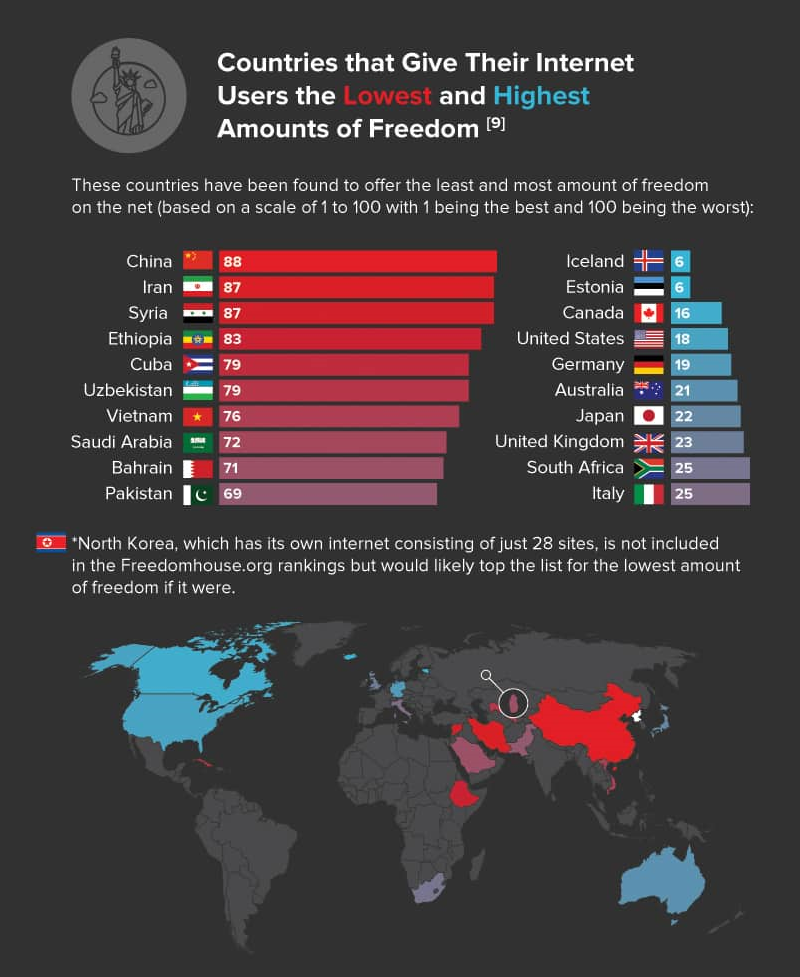 Guess how Malaysia is doing?

According to the UN’s Global Cybersecurity Index 2017, Malaysia ranked third in terms of protecting itself against cyber attacks, ahead of more advanced nations.

However, whatever the ranking is, cyber attacks will continue as the Internet is matured and hackers are getting more sophisticated. 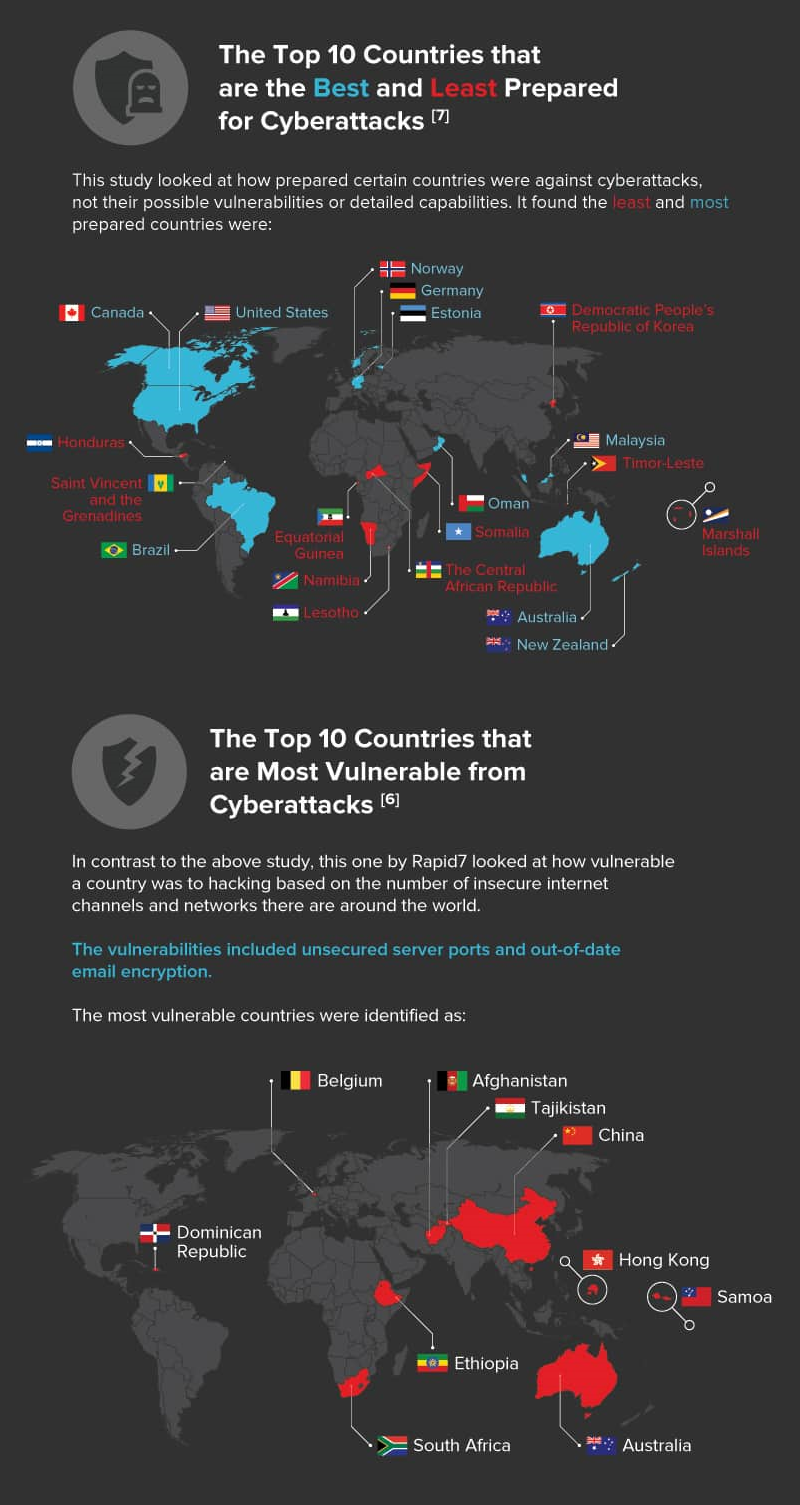 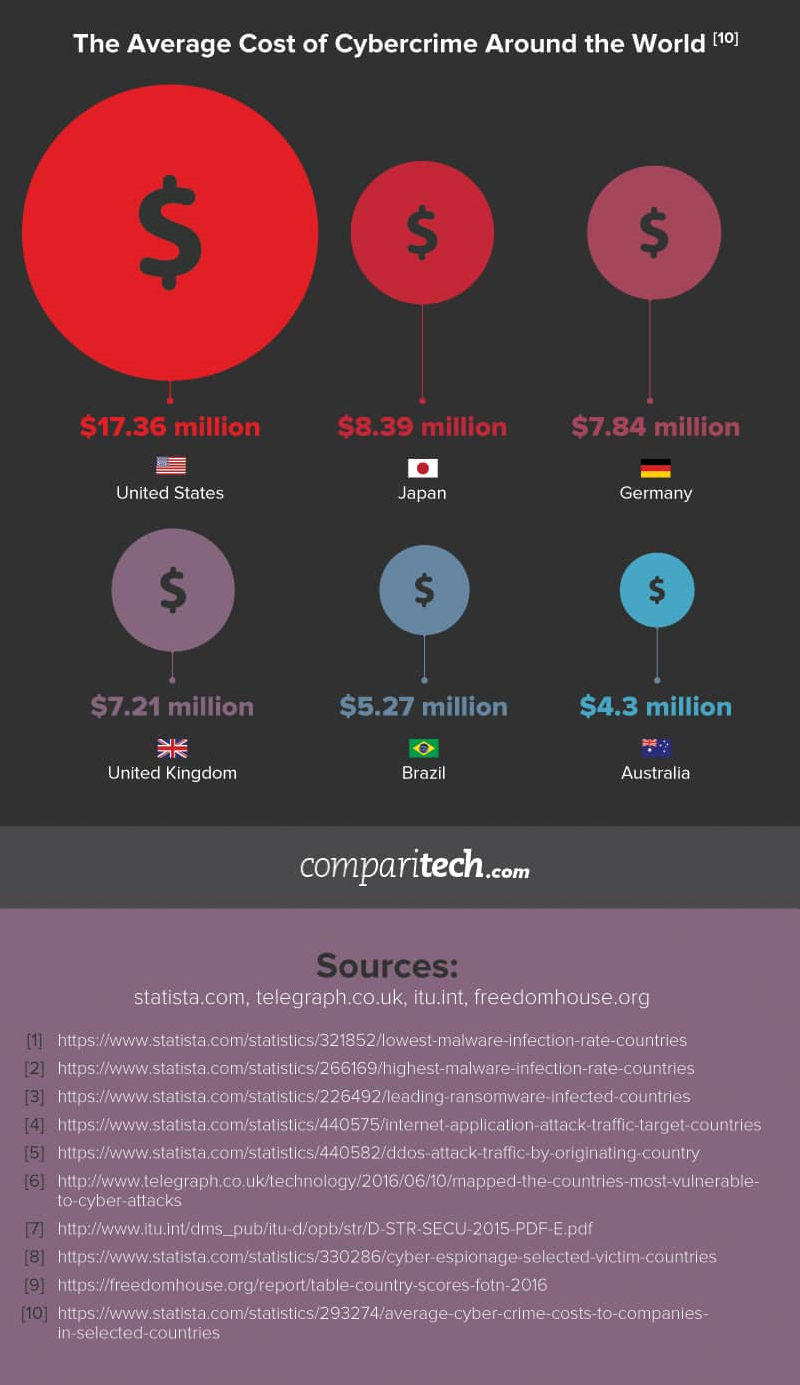 While organisations recognise the importance of cyber security, most have only basic security features such as firewalls and antivirus protection. Many do not have proper security intelligence in place to monitor and raise alerts for anomalies.

Leaders, are you ready for any eventualities to protect and guard your organisation’s data and information?

This might interest you: Digital Engagement: It’s More Critical Now Than Ever!

Comment or write to us at editor@leaderonomics.com and share some of your insights on cyber security and what organisational leaders can do to secure their data and information. For more Top 10 articles, click here. For more infographics, click here. 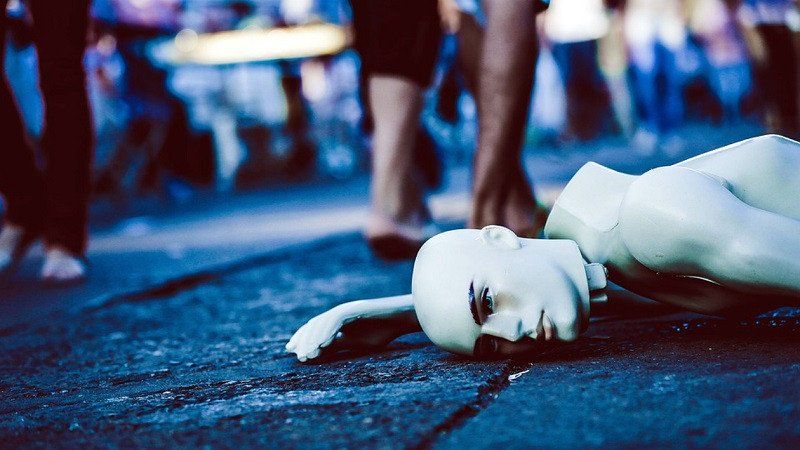 How To Keep Your Team Engaged With Their Work