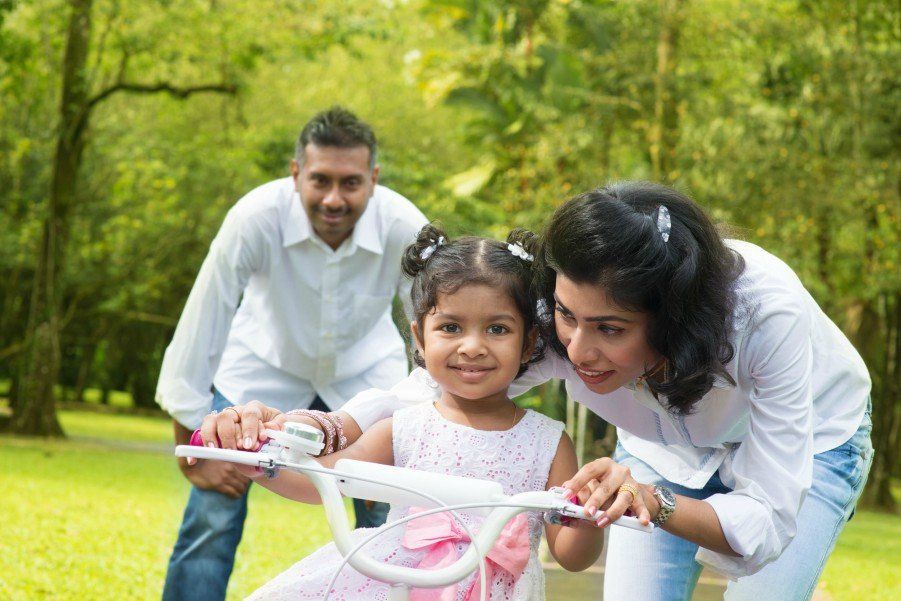 Character Building as the Foundational Part of An Individual's Leadership Development

A few years ago, as I (Roshan) was preparing for a talk, I was confronted by a personal contradiction.

There was a side of me that was driven to achieve, had a need to build, create, and make a difference in the world regardless of the situation. Yet, there was another side that seemed to want to give, share, help, and didn’t want fame or adulation. This side just wanted to serve.

I termed these two sides Roshan 1 and Roshan 2.

While Roshan 1 lived by the logic of ‘no pain no gain’, ‘practice makes perfect’, and worked hard to maximise personal growth and rewards; Roshan 2 lived by the philosophy of ‘it’s better to give than to receive’ and was worried about pride. And so, I worked hard to ‘lose myself’ so that I could find my true self.

As I researched and tried to reconcile these two sides, I realised I was not abnormal nor was I a ‘Dr Jekyll and Mr Hyde’. Rather, I was a person with character.

I realised that character is multifaceted. We shall term Roshan 1 the ‘performance character’ and Roshan 2, the ‘moral character’.

But as I dug deeper, I realised that there was one more big part of me; my intellect. I had deep-seated beliefs that sometimes overrode my character. We’ll term that ‘intellectual character’.

Moral character is essentially character traits that make a person a good person, such as integrity, generosity, sportsmanship, justice, kindness and gratitude.

The performance character is what sets a person apart and earmarks them for success. These would include traits such as grit, self-control, zest, optimism and curiosity.

Finally, the intellectual character is generally composed of traits including beliefs that either enable you to leverage your moral or performance character, or stunt you.

For example, these beliefs you may be harbouring may prevent you from being curious (even if you naturally have developed your curiosity character).

How does this happen? If you believe that in this specific situation, curiosity will endanger you or bring you trouble, you would rather forego using your character strengths and act otherwise.

These three foundational characters ultimately determine your behaviour and drive your effectiveness and success in everything you do. 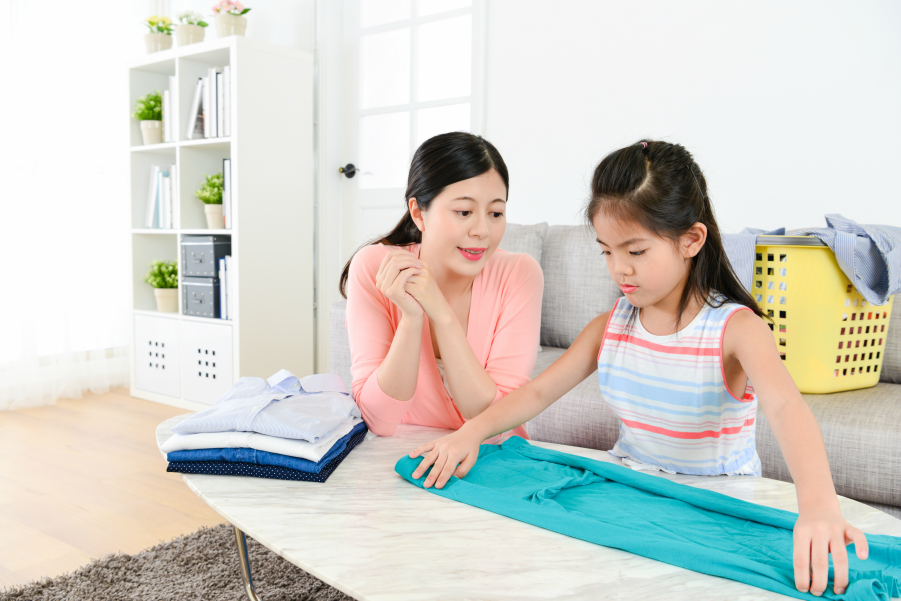 Character is the foundational part of our ‘Science of Building Leaders’ blueprint, in which we map out an individual’s leadership development from infanthood to the time they become executive leaders.

Studies have shown that the crucial age to develop these character traits are up to the age of 12 (with the exception of justice, which may make more sense to children only later on (teenage years).

In an attempt to understand what parents tend to value for their children, Eva and the Leaderonomics research team conducted an online survey that asked parents a series of questions in a short answer format.

(This article will focus only on specific questions posed on character.)

Out of the 80 per cent, 42 per cent mentioned that they do so through conversations, providing and discussing examples and various scenarios with their children, and discussing things that happen in their lives.

When asked what character traits are important for their child’s development, parents gave a variety of responses.

However, a few traits recurred:

Among the other traits mentioned are boldness, commitment, conscientiousness, being considerate, curiosity, forgiveness, being gracious, kind, perseverance, grit, and a few others.

When arranged according to age groups of the children, ‘honesty’ appeared the most in the categories of 0-2 years, 7-12 years, 13-18 years, and adults.

Ages 3-6 showed ‘empathy’ being mentioned the most. When asked how parents instil these traits in their child, a majority of the respondents (more than 25 per cent) answered ‘through personal role modelling or by example’.

At Leaderonomics, we believe that character should be instilled and taught in schools. We have started Leaderonomics Clubs in many schools across Malaysia to build foundational leadership through character building.

Here are some additional ways Eva and her team have uncovered that parents (and teachers for that matter) can leverage on to build specific characters. Eva writes:

Reminding people to behave honestly lowers the likelihood of dishonesty.

Females respond more significantly to the reminder treatment than males, but the effect wanes as the females age. The effect of this treatment is consistent in males.

Furthermore, adolescents who have autonomy-supportive parents (parents who view and respect children as unique individuals) are much more likely to be more truthful than adolescents with controlling parents.

When adolescents perceive their parents as being autonomy-supportive, they associate more benefits with truthfulness and high costs with untruthfulness (Bureau & Mageau, 2014).

Two key practices for parents to deploy: First, don’t praise your children for how great they are. Instead, commend their efforts. Secondly, many people believe that it’s great for their children to fail. Failure is a great teacher.

However, if your children keep failing over and over, and don’t have the support and encouragement to keep trying till they succeed, they will soon start to believe that they are a failure.

As parents and teachers, we need to help them believe that they will succeed if they pick themselves up and keep trying. Children learn best when they succeed, as mastery begets mastery.

So, grit is produced when children fail and have the emotional support to keep trying, and then they finally succeed. If this process is constantly repeated, they slowly learn to develop perseverance as they know they will succeed (because of previous experience).

Roshan’s children (his son and daughter), refused to learn how to ride a bicycle. His son had fallen down a few times and refused to pick it up ever since.

Every month, Roshan would persuade his son to try again. If he didn’t want to, Roshan would pick him up and they would go for a stroll with the child seated on the bicycle. This happened for many years, until finally, his son built his confidence and could ride a bike on his own.

His daughter went through the same patch, but this time, Roshan decided to shorten her pain (and his). So, for one week, every day for an hour, they went out on the bike. At the end of five days, she aced it.

She also hated badminton because she was bad at it. Roshan worked with her daily, encouraging her even when she failed to hit the shuttle. Just last week, she was accepted into her school team.

Failure is great, but success is even better. Grit is built when failure leads to success.

Directing children and developing a strategy for them to ignore distractions can help them learn self-control.

Children are able to copy self-control strategies of peers but may be distracted by non-cooperative peers. The involvement of parents in an adolescent’s life predicts his/her self-control.

Adolescents whose parents know where they are after school, what they do with their free time, and who their friends are, have higher self-control (Baumeister & Tierney, 2011).

People engage in pre-commitment strategies, like promising to carry out an action publicly, to prevent self-control failure (Hoffman & Kotabe, 2012).

Children with authoritative parents have better delayed gratification than children with non-authoritative parents (Connell & Francis, 2014). Children have better emotional regulation when their parents help them follow directions, see the world in different perspectives, remind them of social rules, explain how the rules can be modified, and help them adapt to activities (Boyer, 2009).

Putting children through (relative and mindful) stretch situations, allowing space for failure, avoiding judgement, and role modelling (practising what you preach) are good ways to instil this in children.

The manner in which children are praised also plays a big part. Prof Carol Dweck who has been looking into growth mindsets for years explains that praising should be conducted in a way that builds self-efficacy rather than self-esteem (instead of saying “Well done! You are so clever”, try “Well done, you worked so hard for this.”).

A healthy self-esteem results from a child having a strong sense of self-efficacy based on actual accomplishments rather than piled-on praise.

Other ways of developing growth mindsets are to emphasise the joy of learning for learning’s sake (and this goes beyond just learning from books, or learning to fulfil school exam requirements), setting appropriately high expectations, and offering support along the way (it is important that expectations focus on effort, habits and growth, instead of the actual result – e.g. grades).

In line with this, being mindful of goals is important, as they should emphasise growth.

Choose to praise effort, practice, and process rather than the outcome, and use failure as an opportunity to reflect and grow.

As parents, choosing to provide honest, yet constructive criticism would be better than outright criticism, and it would be useful to couple this with concrete plans for growth.

Discussing the perseverance and effort of famous personalities rather than talking about their talent and luck is also sending a different, positive message.

Even though character seems to be partly innate, there’s still a lot that can be moulded by the environment.
Parents, teachers, or anyone else the children interact with ‒ in person, through reading, or through the media ‒ have a big role to play in shaping their character.

Individual attention needs to be paid to each child to ensure that they take up as much of the positive messages we are trying to instil.

Remember that every child sees things through a different lens, and sensitivity to their specific perceptions may actually make a difference and ensure they see what you are trying to say to them.

This is the fourth part of a series of articles based on the Leaderonomics’ 2018 Parenting Survey. Missed the other articles? Fret not! You can find them here. 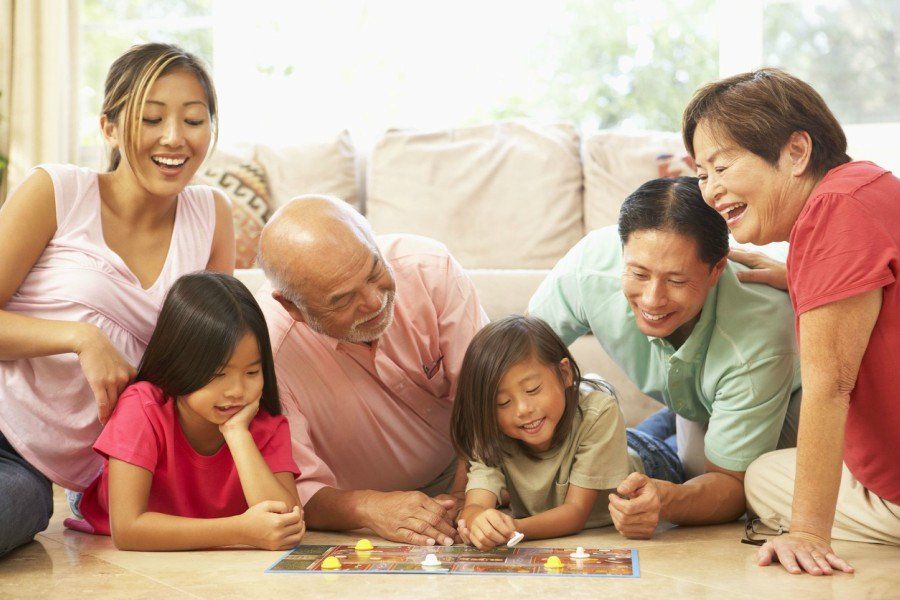