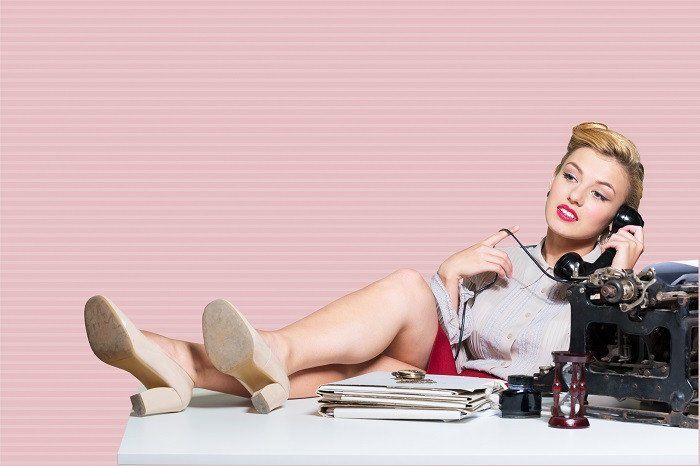 The statistics are worrying — an article in The Star last year quoted Human Resources Minister Datuk Seri Richard Riot Jaem: between 2010 and 2013, the number of unemployed graduates grew from 42,954 to 52,282.

Another article quoted the Ministry of Higher Education statistics from 2013: Every year, more than 200,000 young people graduate. But 1 out of 4 remain unemployed 6 months after graduation.

And the Department of Statistics, Malaysia has more bad news: From their 2014 survey, 399,500 people were unemployed in Malaysia. 60% of them were youth.

But why aren’t graduates getting hired? The struggling economy as well as the type of qualifications they hold has something to do with it, but that’s not the largest factor.

If you ask most employers today, they’ll say it mostly has to do with soft skills. Or rather, the lack of it.

Are Soft Skills Being Taught in Universities?

Most of us are familiar with the term soft skills, often defined as “personality traits that characterize one’s relationships with other people. These can include social graces, communication abilities, language skills, personal habits, empathy, and leadership traits.”

Here’s a common example of the lack of soft skills:

A colleague once told me a situation where her team members frequently got into work conflicts. The root cause? They relied almost exclusively on chat rooms to convey instructions, as opposed to walking over and having a face-to-face conversation. Conflicts inevitably happened because there was a lack of context and tonality in their communication.

The demand is clear, but how do we really teach soft skills on a grassroots level? If you picked a random student from a college cafeteria, and asked him about his presentation skills — would you expect him to say: “Yes, I’m confident to present in English, because of rigorous training in my university curriculum”?

Or would you expect a shy smile?

Leaderonomics recently organised a forum between career centre representatives at universities and employers to discuss soft skills implementation. Some attendees remarked that soft skills have traditionally been learned via co-curricular activities by students. For example, a member of the student council can learn public speaking and project management by organising a year-end dinner.

But in recent times, most universities have already taken it further — by introducing their own soft skills initiatives.

During our recent forum, we discovered that many universities already offer courses like “Employability Skills”, “English for Business” and “Leadership” for their students.

Eric Bryan from HELP University also shared his personal successes and challenges in integrating soft skills into academic curriculum. While there has been some successful integration, some challenges remain: traditional styles of teaching, legacy IT infrastructure, and the perception of industries towards soft skills.

Outside our forum, we discovered that Taylor’s College already offers a Second Transcript for their students. Awarded upon completion of the SHINE Program, this supplementary transcript helps certify that students have “life skills”, apart from normal courses on their academic transcript. This approach is modelled after several top universities from around the world.

But it’s not only individual universities that are taking on the challenge. The Malaysian government is getting involved too.

An iCGPA transcript will not only list academic results, but will include more skills. The “spider web” matrix below shows a sample iCGPA report. Notice how it includes typically-neglected competencies like “social skills and responsibilities”, “communication, leadership and teamwork”, and “professional skills, ethics, and values.” 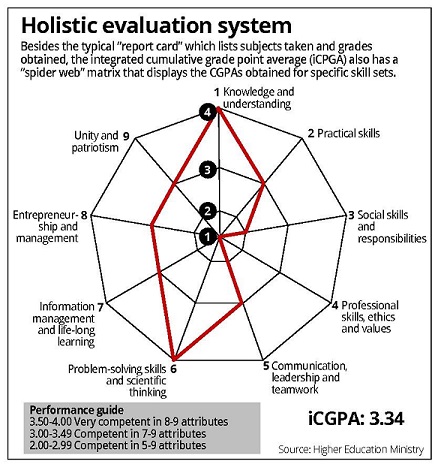 As Datuk Seri Idris Jusoh says, “The integrated CGPA will grade students according to their leadership, values, ethics and contributions to the community as well.”

While we have not seen early reports yet on the status of the program, we expect iCGPA to continue to be implemented in stages over the next decade. We reached out for comments from other universities, and while they are aware the iCGPA is being rolled out — they are still waiting for further direction on how to implement it.

Actions to Prepare Today — for Tomorrow

The wait is frustrating for some. Without comprehensive guidance from the ministry, should universities continue their own efforts like Taylor’s and HELP? Or should they wait for the iCGPA to be completely rolled out, but risk under-training a few batches of students in the meantime?

This leads to the next question: what are actions that can be implemented on a grassroots level today, that can help solve the problem?

Some of the ideas proposed are below:

Finally, some of the current challenges were voiced:

The road to a comprehensive soft skills program nationwide has proven to be a difficult one, which will not be solved without massive effort. While there are huge challenges ahead, the good news is that all the key stakeholders — academia, employers, and the government all agree on the pressing need.

If Malaysia is to truly become a developed nation, we cannot allow our next generation to be starved of necessary experience and training. The blueprints and plans are already there.

As to how well they’re implemented — that depends on you and me.

If you have further ideas, suggestions, or comments regarding soft skills training for university students — please write to us at campus@leaderonomics.com

Leaderonomics would like to thank Siti Norliza Mohd Sahar, Head of Graduate Employability, TalentCorp and COO of GEMS Malaysia Sdn. Bhd. for gracing our event. 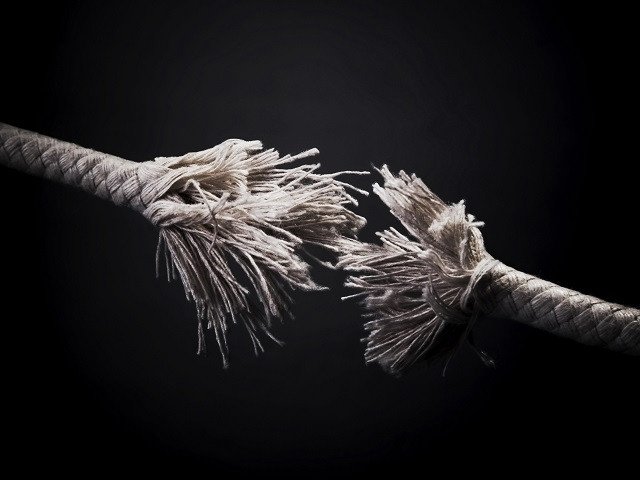 How To Stop Anger From Destroying You