Producing A Generation Of Independent Thinkers 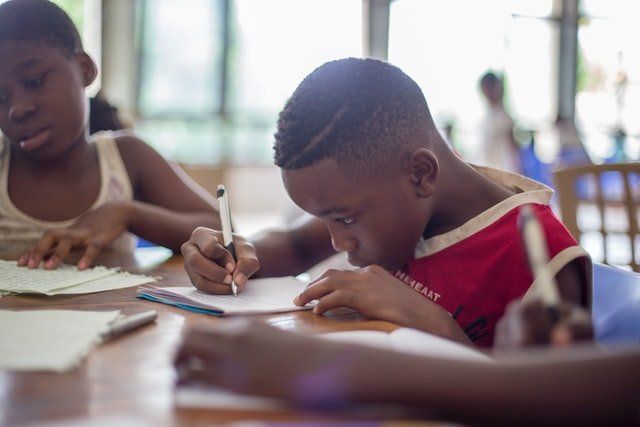 “Living in a half brick, half wooden house for 17 years, never did I imagine standing here against all odds. . . ,” began Thilageswaran Vijayan with a proud smile during his valedictorian speech.

Thilageswaran (or Thila for short), 27, graduated top of his class with a first class degree in computer science from Sunway University in January 2017.

Today he gives tuition to Form 4, Form 5 and Cambridge IGCSE students and is a member of the academic staff at a leading private university, where he tutors and conducts practical classes for first and second year students from the school of science and technology. In fact, he will soon be starting his masters in computer science at the end of the month.

Prior to arriving at this juncture of his life, however, things weren’t smooth sailing for the young man.

Thila’s story is one I stumbled upon by chance and immediately knew that I must share; about how education played a big role in taking him out of poverty and how he is now using education to make a difference in his students’ lives.

Thila grew up in a small town in Taiping, Perak with his parents and two sisters, where his father was a bicycle mechanic and his mother, a tailor.

His father left school aged 9 and his mum studied until the age of 15. They were poor, but they knew the importance of education, especially his mother.

Aside from a mere focus on excelling in studies, Thila was incredibly active in extra-curricular activities at the insistence of his mother.

When he was in secondary school, he found it increasingly challenging to juggle his studies and his extra-curricular activities.

When his grades started dropping, especially in additional mathematics, his mother grew concerned and asked him to cut down on the time he spent on those activities.

Thanks to his mother’s constant motivation, Thila today possesses talent in multiple areas aside from teaching such as website design, photography, videography and script writing.

The effort to gain knowledge

Growing up, Thila spoke only in Tamil at home and knew some Bahasa Malaysia, so he initially struggled to converse with his peers at school. Feeling left out, he decided to purchase a pocket dictionary.

He said: “I would spend time reading word after word and rewriting them over and over.

“It worked because I could understand people better and articulate better.”

Aware of the vast resources his school library had, Thila would spend time reading during his lunch period and would borrow as many books as he could at a time. He also made use of the community library near his home where entry and use of facilities were free as long as you were a student.

“There was internet access there and that’s when I first started to learn about technology,” he said.

A bumpy start to higher education 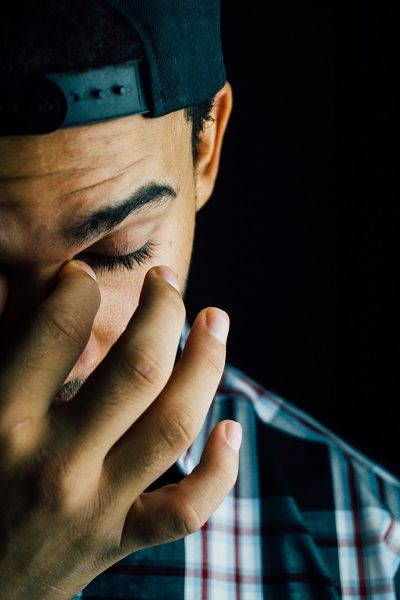 Developing an interest in space technology, Thila decided to pursue a degree in aerospace engineering and received a government scholarship to study at Ryerson University in Canada.

Over time, his enthusiasm for his field of study began to fade, being replaced by a newfound love of technology and programming. It was a tough decision to make, but he eventually dropped his scholarship and returned to Malaysia, dejected and having to face his disappointed parents.

He says: “I knew that it would be impossible to expect my parents to finance my education [at a private tertiary education] and I was slapped with a huge bill for defaulting on my scholarship.

“Watching my parents’ tired faces after work every day made me feel even guiltier. At that time, I could not muster enough energy to stand up.”

With the support of family and friends, Thila managed to get back up and directed all his energy into working multiple odd jobs to pay off his debt and once again enroll in university.

His breakthrough came when his aunt’s friend, a teacher, was looking for someone to take over his one-to-one tuition classes. Thila started off with three students, later growing to five before his tutoring really started to take off.

Although he only had four hours of sleep a night throughout his degree due to work and studies, he persevered and came away with a degree that made the long hours worth it.

Continuing the tutoring of his university days, the now-graduated Thila is making a difference with his students, putting critical thinking ahead of knowledge absorption.

In order to produce a generation of leaders that is able to transform the country, Thila recognises that they need to be able to challenge ideas, the status quo and conventions, and to critically analyse and evaluate situations prior to arriving at a solution.

He is a huge proponent of the concept of self-learning. In every new class he takes on, there would always be students who expect answers from him without them even trying. “Teacher I don’t know how to answer,” they would say.

In fact, when he goes slightly off syllabus, his students would say that they don’t need to learn that. 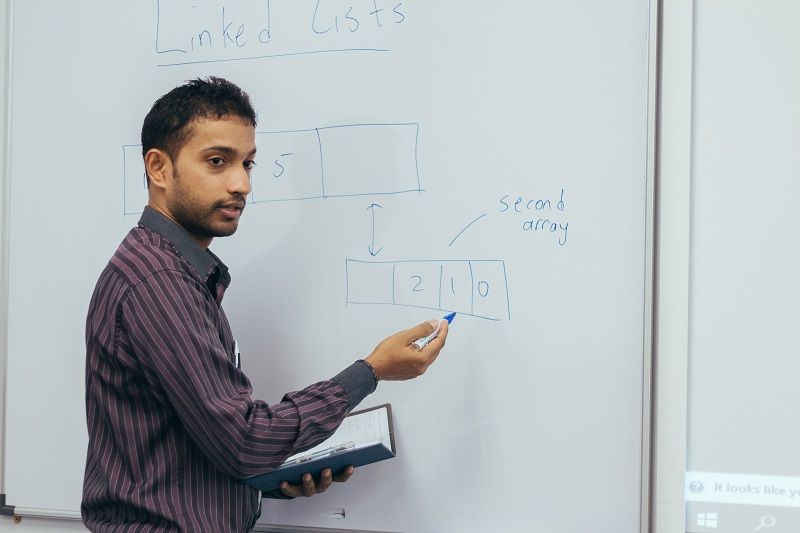 According to Thila, there is lack of exposure to students about relationship between what they are studying in class to real-world scenarios application. Pic courtesy of the Human Monopod.

“They are afraid to explore,” he said, adding that this is a common issue for students from public, private and international schools equally.

How is he addressing this?

Thila employs the self-learning method in his teaching. Prior to starting a class at the beginning of each semester in university, Thila tells his students:

“If you don’t know or don’t understand something, refer to your lecture notes. If you still don’t get it, look at your reference book. If you need further assistance, Google it. If you still don’t get it, ask your friends who may understand it. The last resort is to come find me and you have to show me the effort you have put into the previous steps. If you don’t, I’ll send you back to the drawing board.”

Thila said students want to save time by approaching the lecturer immediately and that’s a problem. Thila’s method of learning was something his students found difficult to do in the beginning, even for the smarter students.

He says self-learning is very important as it boosts self-confidence and hones critical thinking skills. This is something which needs to be taught in schools well before students enter university, where there is more of a focus on independent learning.

“I like to see my students teach and impart knowledge on other students,” he said.

What some teachers don’t practise

“We, as educators and parents, sometimes neglect the role of education as a way of helping young people see and make sense of the world.”

Thila conveyed that the rigidity and exam-oriented style of the current education system, time constraints and a quest to ensure students get their A’s have driven teachers to spend little to no time on educating their students about the relevance of what they’re learning to their life and future career.

He said: “My secondary school students like to ask ‘why do we need to learn certain things?’, ‘why are we learning algebra and why are there Xs and Ys?’ And some teachers don’t know how to answer that. They would sometimes skip the question, perhaps because they are unprepared.” 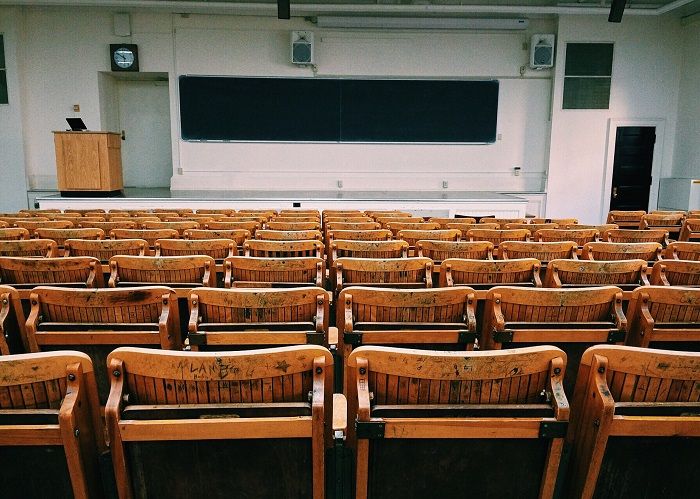 How is he addressing this?

“I do my best to try and answer their questions. I show them YouTube videos and I share my own personal stories,” said Thila.

He shared a personal experience while he was in university – he and a few peers had visited a public school in Kuala Lumpur, speaking and conducting activities to expose and educate students about the significance of technology.

“It led them to ask us all kinds of questions regarding the subject, such as career prospects, what to learn, where to find information, why learning science subjects is so important, the potential of future technology, and space,” Thila said.

“For example, a Form 2 student was so interested about light that he asked me about the possibility of our current technology helping us reach the speed of light and he discussed with one of us, how he thinks about the contribution of a mass of particles and matter that decreases this possibility.”

It’s incredible what a short workshop can do to spark interest.

Thila feels that students lack clarity on how their classroom lessons relate to real-world scenarios. This could be one of the reasons why students develop a dislike towards certain core subjects such as science and mathematics.

What he is fighting for

As I spoke to Thila for this article, I could sense his passion – it was clear from the glint in his eye every time he spoke about education. It was infectious, and I wanted to understand what fuels his passion.

Coming from a lower socioeconomic background taught Thila a lot about the importance of education in helping not only an individual, but the communities around us, and consequently, the nation.

He said: “There is no room for us to improve at all, if not for education.”

Bridging the gap between the poor and rich is one, and the second is to educate students about the importance of general knowledge.

“I always tell my students that knowledge and getting A’s are two different things.”

After all, getting straight A’s is neither the only, nor best, measure of intelligence. Intelligence is also measured by your knowledge and comprehension of the world around you for instance.

We always complain about fellow Malaysians who are irresponsible, unfriendly, prejudiced, and who do not display courteous behaviour. We then make comparisons to other countries, whose people display a higher degree of civic consciousness.

Thila said: “When you are knowledgeable and educated, you learn to understand other people. Without that, I don’t think we can promote unity.”

There’s a saying in BM that goes “budi bahasa budaya kita” which means the way we think, act and behave translates into our culture. How do we influence the former?

This might interest you: Whose Duty Is It To Ensure Our People Gain High-Quality Learning?

Aside from teaching me about the fact that good education, supported by a vast depth of knowledge can take one out of poverty, Thila also taught me that circumstances don’t hold us back from achieving success.

Thila’s journey to where he is today was not an easy one. He is the man he is today because of hard work, perseverance and his opportunistic nature.

He told me that he never actually aspired to be a teacher, but opportunities presented themselves, he took them and, in the process, discovered another passion.

The impact he is leaving on his students today may seem trivial, but this small group will go on to impact others, and you will begin to see a domino effect. This is the start of how we can produce a generation of leaders who are able to transform the country. 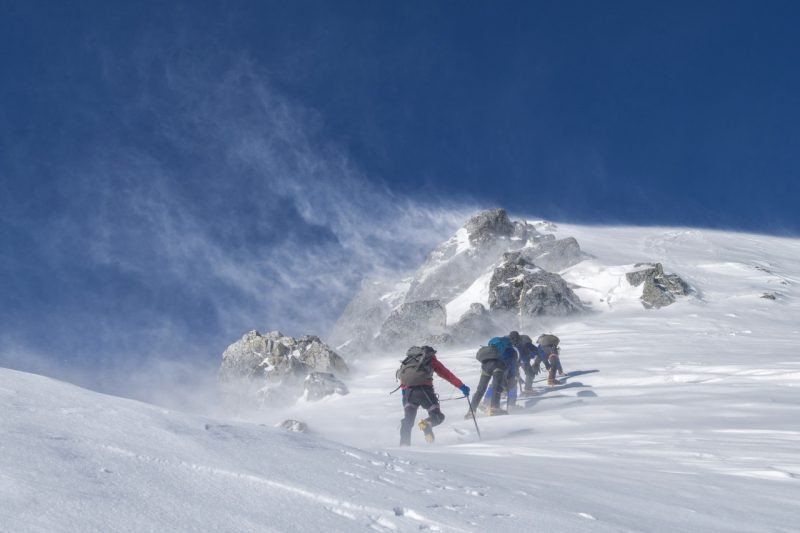