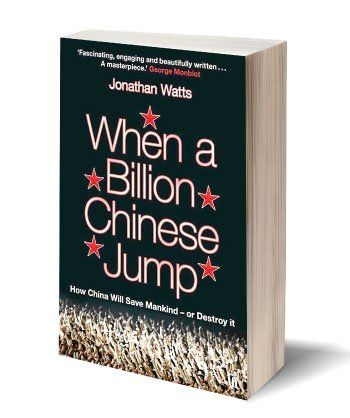 How Decisions of the Superpower Impact Mankind: Book Review of "When A Billion Chinese Jump"

On the back of China’s explosive growth is a myriad of problems. Human rights and ethnic unrest aside, China’s much-reported industrialisation and modernisation have made it one of the world’s most serious gas emitters, making it the focal point of the world’s environmental crisis. But there are more problems in China.

China’s hunger for raw materials – coal, oil, timber, cement, and food – has accelerated the depletion of the world’s resources.

Whether it is about wealth creation, production, consumption, mineral extraction or even tourism, China’s decisions will continue to affect mankind survival into the next century. A lot of China’s environmental problems are extremes, to even those least interested in the wellbeing of Mother Earth.
Though the few of the environmental tragedies covered in this book When a Billion Chinese Jump by Jonathan Watts do not present all of China’s problems, nor are they completely new, it is the extent and depth of these problems that Watts thinks the world needs to know.

These problems are not entirely created by the Chinese; they happened, might have happened or are happening elsewhere in the world. But, because of China’s cut-throat development and unflinching desire to reach modernity and to maintain economic growth, these problems are projected more seriously on a Chinese screen.

The Chinese government is not uninformed. As the environment becomes a national issue, Chinese officials have started to respond. While desiring a continuous economic expansion, the government has begun to pledge sustainability and set sweeping environmental goals.

If these goals are achieved, China could emerge as the world’s first green superpower that is likely to save mankind from tipping over the environmental precipice. On the other hand, if they fail, China will become the world’s most populous and polluted country, dragging along with it our entire species as it continues to leap recklessly into surrealism and ultra modernity.

Paradise is lost at the foot of the Himalayas in the Yunnan Province. It used to be breathtaking, with azaleas in the spring, a lush green valley in the summer, a forest in glorious autumn and a snow-clad mountain in winter. Yunnan is now an ecological war zone as timber companies clear and destroy the virgin forests.

Where man and nature used to be half brothers, China now does not find utopia in nature. Utopia is about huge crowds of tourists crushing through a place and bringing in vibrancy, profits and development.

Take, for example, the Tibetan holy land of Yading, one of China’s most awe-inspiring nature reserves. In Yading’s infancy stage of being harnessed to the tourist trail, countless new hotels are being constructed, a cable car is built to reach one of its sacred sites, and women are arriving from faraway villages to work as waitresses, masseuses and prostitutes.

Ancient Chinese art and literature contain numerous paeans to nature. As early as the Zhou period, there was a saying:

“People who are of ruling quality but are not able to respectfully preserve the forests, rivers and marshes are not fit to become rulers.”

Under Confucianism, human’s relationship with nature was filial – a man honours nature as he respects a parent or a ruler. In this regard, even the emperor was subservient and obliged to pay homage to nature. In Taoism, believers dismiss mankind’s attempts to impose order on cosmos. They believe in getting as close to nature as possible, rather than to worship it or rearrange it.

But when the Han became the ethnic majority, the abundant forests and wildlife were pushed to mountainous peripheries in the south and western frontiers of China. Now, as a result of relentless deforestation, even Yunnan, nature’s last great holdout, is not spared.

The mountains are being stripped bare and in winter, it is ice rather than forest that covers the mountains. Grassland and forests are being over-exploited for mushrooms, leaving soil infertile. As development advances into the world’s formerly remote highlands, inaccessibility disappears, trees are felled and turned into planks, nature’s beauty and diversity vanish, traditional values of sustainability come under pressure and resources are decimated.

However, how can it do so if its people think trees are useless and mountains can be moved?

Dams and dikes have been at the heart of Chinese civilisation for more than 2,000 years. Billions of tonnes of concrete have been poured into other rivers such as Yangtze and Yellow for hydroelectric and flood-control projects. Taming rivers is at the forefront of the government’s massive plan to develop the poor western region.

One of the most notable dams, Zipingu, is located in Sichuan next to the Tibetan Plateau from where most Chinese mighty rivers flow. Zipingu began construction in 2001. Two years after the reservoir was filled, the tragic Sichuan earthquake struck, killing nearly 100,000 people.

The quake revealed a scientific aftershock – not only is Zipingu built on a fault line, it is said to have increased seismic activity. Each time the reservoir is filled and emptied, more than 300 million tonnes of water rise and fall as though a giant is jumping up and down a cracked surface.

For an energy-hungry nation, dams seem a clean alternative to conventional power stations. They are also meant to control floods, which kill thousands of lives and ravage crops every year. But there is another side of the story. Hydroelectric plants may appear to be green because they emit no carbon as coal-fired power plants do. But the reality in China is often the opposite as one dam spawns dirty factories and coal mines.

The result is clean energy turning dirty very quickly and clear water turning filthy as a result of industrial waste. Last but not least, settlements tend to burgeon where dams are, inevitably attracting more people and more factories.

Hydroelectric energy is increasingly important for China’s continued quest to modernity. With oil peaks and coal polluting, China finds herself more dependent on dams to generate power. A year after the 2008 disaster in Sichuan, the Chinese government announced plans for 20 more plants on the upper Yangtze and its tributaries, many of which are close to fault lines.

Earthquake is not the only risk that development brings and nor are humans the only victims. Wildlife is suffering from the damage done by economic development. China is a treasure trove of biodiversity and home to some of the world’s mightiest beasts, including the huge Himalayan griffins, wild yaks that weigh a tonne and yet can outrun a jeep, and the world’s largest amphibian – the 40kg giant salamander.

But without effective wildlife conservation and a national interest to value animals and plants, China is on its way to wiping out 1,500 varieties of flora and fauna in the world. The root of the problem is that Chinese culture is skewed against nature. Nature has traditionally been valued for its utility and scope for consumption. It is supposed to be tamed.

Chinese consume wildlife to decimation. Snakes and turtles are being eaten to extinction, while bears and lions are raised in breeding farms so their meat and bones can be sold to restaurants as delicacies.

The tiger is considered a “Class A” protected species, not because of its risk of becoming extinct, but because every part of it, according to China’s 5,000-year-old history of medicine, is a treasure. On a black market, a single tiger can be worth hundreds of thousands of dollars.

Even the wide-eyed pandas are nowadays bred so that they can be rented out to foreign zoos for lucrative sums. The West blames China and China blames poachers. 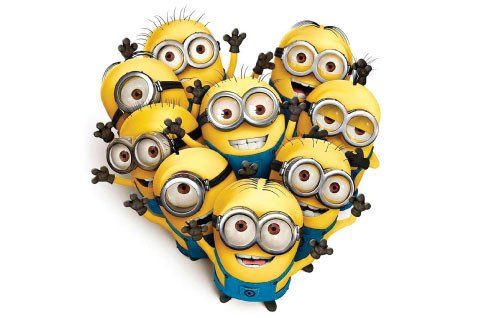 9 Career Lessons From Despicable Me

Koh Earn Soo
Koh Earn Soo is the Executive Director at SU. He has significant experience in the oil and gas industry and has been the editor of a key business magazine for many years. Koh Earn Soo and his team take the best books and summarise them into shorter, readable content in the hope of inspiring people to read more and learn more. To read the rest of this summary and summaries of other bestsellers, subscribe to www.thebest-booksummary.com