Using Virtual Reality To Train The Next Generation 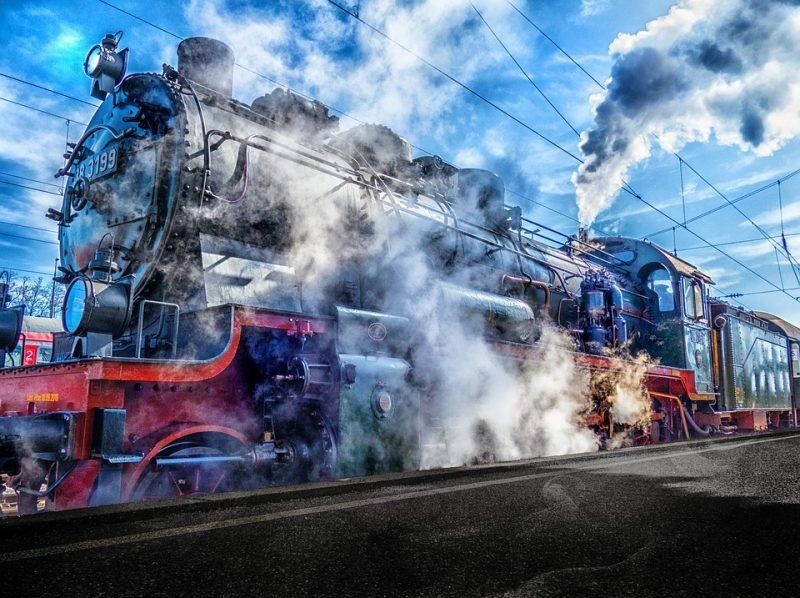 The invention of the steam engine was one of the key milestones in the first industrial revolution during the late 18th and early 19th centuries.

The first locomotive railway, established in 1804, turned the world upside down; the possibilities of easily being able to transport large cargo over great distance were bountiful.

Two hundred years on and the world is abuzz with talk of the fourth industrial revolution – Industry 4.0. Cloud-based computing and the digital age are in full swing with the world a smaller place than ever and instant communication now the norm.

And yet, with all this innovation, the consistency remains, the train.

The next generation of engineers

Two and a half centuries ago, the first rail tracks were being laid before the first engines ran on coal being manually shovelled into a flaming fire pit.

Today’s world of locomotion has moved with the times as driverless trains and to-the-second accurate running times have enhanced connectivity in many of the world’s most developed countries.

The expansion of the brand new line Mass Rapid Transit (MRT) line in Kuala Lumpur has been the talk of the town with new suburbs and areas of the city now accessible via public transport.

With the advancements in technology though, new challenges have arisen and the need for an upskilled workforce have become paramount.

To combat this need, the Asian Rail Academy (ARA) has been launched to skill, upskill and reskill those currently working in the industry as well as the next wave of technicians and engineers.

With this being the digital age, however, the standard classroom training no longer suffices. Instead, ARA will use the latest in virtual reality simulations.

“Asian Rail Academy has taken the virtual reality (VR) platform and will use it to enable the digital workforce in this industry. By using VR, we are changing the way that training is done.”

Designed to be as simple and practical as possible, the digital learning platform has been designed with
technophobes in mind. The system, built by software developer Pauley, employs gamification methods to enable users to immerse themselves in the learning experience. 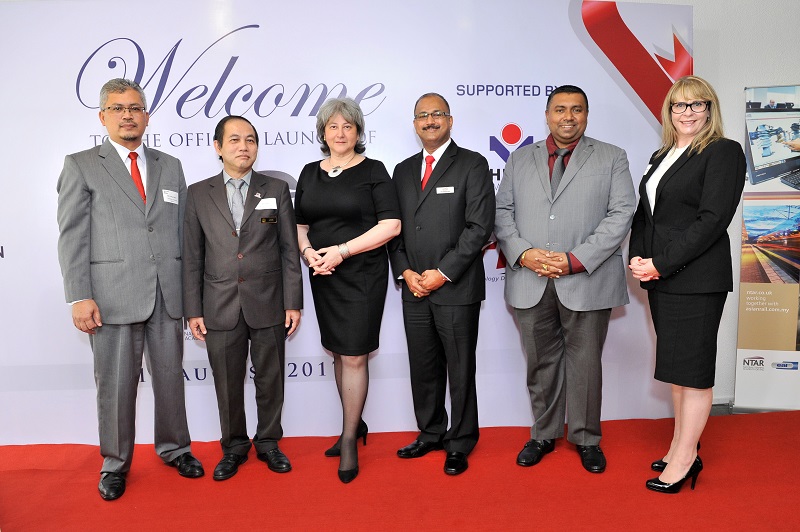 Working via the Oculus Rift headset, students are able to visualise and interact with rail components in a 3D
environment.

They are then able to familiarise themselves with the detailed workings of a train, diagnose faults, maintain equipment and perfect their skills in a virtual learning environment that is safe and effective.

ARA has also partnered with one of the world’s leading technical service organisation, TÜV SÜD from Germany to provide rail safety certification programmes for conventional and high speed as well as metro and light rail.

In order to give the Malaysian locomotive workforce world-class preparation, ARA has teamed up with the United Kingdom’s National Training Academy for Rail (NTAR) to deliver internationally-certified programmes.

Where previously Malaysian rail companies ran locally-developed training programmes for their employees, NTAR’s international certification will ensure that Malaysia is able to compete in the global marketplace.

“Malaysia looked at all the best countries in the world for their rail development programmes and who we could learn from,” says Maran.

“The idea is to emulate exactly what NTAR is doing back in the UK. All this while, there have been programmes run locally operated by the rail companies themselves, but now we can complement those with UK certification programmes that we are able to offer here in Malaysia.”

The UK has long been recognised as being at the forefront of innovation in the rail industry, with its vast network conveniently connecting the country. Their training programmes in particular have been the envy of every other nation in the world as they now make their first foray into the international market.

We’ve had delegates from other countries come to the UK to NTAR to be trained, but never before have we partnered with a company abroad to be able to offer our services, says Jennifer Walpole, head of business development at NTAR.

“We are very proud that ARA has looked at the British rail system and said ‘that’s what we want’. We are not just selling a product to Malaysia and walking away; we are assisting with the implementation and helping them grow to where they need to be. We want to see the Malaysian workforce meet the global standards.”

By working with the top rail training providers in the world, ARA is able to offer world-class solutions to those entering the Malaysian rail industry, but Maran already has his eyes set further afield.

“We want to enable our workforce to work, not only in Malaysia, but to take their skills into other countries as well,” he says.

“If Malaysian rail companies want to do projects e.g. in Abu Dhabi, Saudi Arabia or any of the ASEAN countries, they can send their certified employees who will be able to meet the project’s international standards”.

This is great for those looking to get into the industry, with the possibility of international exposure, as well as putting Malaysia on the global map as the go-to experts in this field.

This is part of the agreement between NTAR and ARA – to help offer world-class certification and ensure that Malaysia is the go-to nation in the region for this field. As Walpole puts it, the goal is to bring Malaysia onto an even-playing field with their renowned offerings.

She says: “The fact that that is being recognised internationally is a real source of pride for us. What we want is for Malaysia to emulate what we have in the UK.” 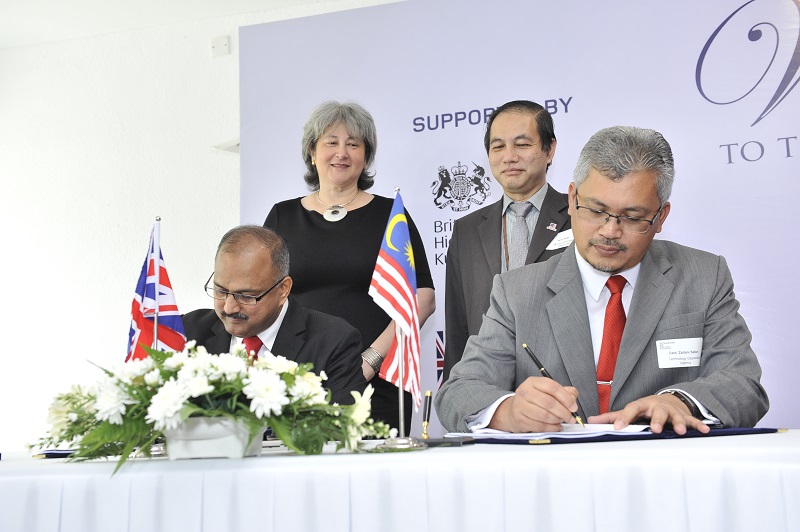 Currently, those working in the Malaysian rail industry total 16,700 according to Technology Depository Agency Bhd (TDA), a technology-monitoring division under the Finance Ministry.

Those figures are expected to rise to 68,000 by 2021, with the aforementioned launching of the MRT as well as multiple new lines and service providers in the coming years.

That is why the rail industry has become such a focal point and why ARA was established.

“From a training standpoint, the supply is always in line with the demands of the industry,” Maran adds.

With so many new jobs being created in the rail industry, we want to address this gap by bringing in such prestigious international certification.

Our strategy is to first train up those already working in rail while gradually reaching out to newcomers to the industry – whether they are fresh graduates or people from other industries coming into ours.”

For Walpole, this training is pivotal to the survival and safety of not just those working within the industry, but the everyday commuters who rely on Kuala Lumpur’s growing train network.

“We are not dealing with trains being delayed, we are looking at safety critical work that can save lives,” she says.

If you are considering a change in career into the dynamic world of rail or would like to learn more about the Asian Rail Academy, visit asianrail.com.my 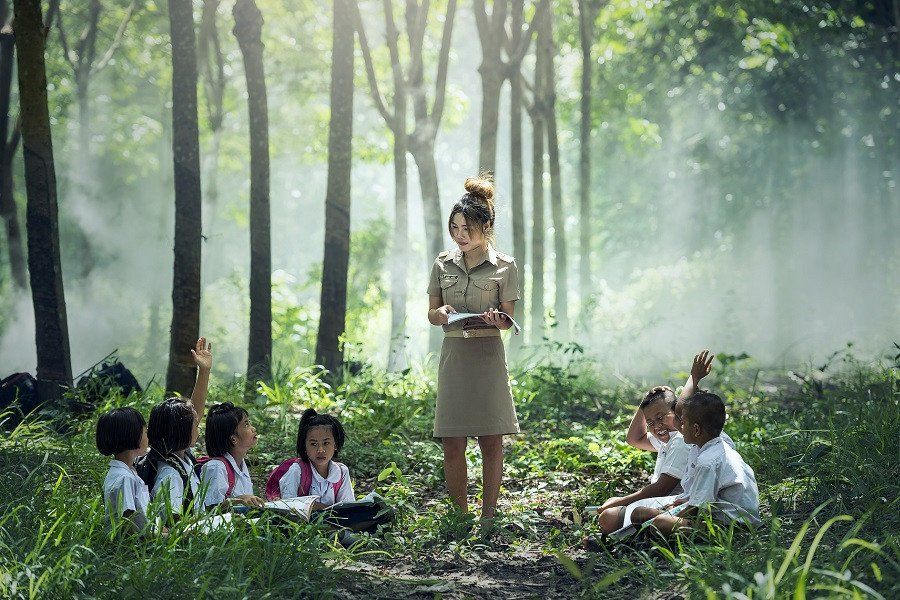 Learning Styles Are A Myth!