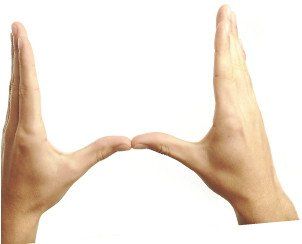 Having a family that runs a business may be “leg up” for individuals with entrepreneurial goals, but Living Hope founder Dr Peggy Wong believes that a person’s background can only take you so far. In order to achieve excellence in life, there is much more you have to learn on your own, she says.

Wong was born into a family of astute businessmen and philanthropists. Helping those in need seems to be in her DNA. Her grandfather – a Chinese physician – distributed free medicine to Chinese migrant workers arriving in Malaysia.

Her father continued this legacy, giving out medicine to the needy, and helping to build Chinese schools in her home state of Perak.

In May 2007, Wong established Living Hope Global, a foundation to bring both awareness and resources to poor, needy and underprivileged children. Today, she sits as the chairman for the foundation.

Wong’s first foray into the business world began in the 1970s, after graduating in Economics from the University of Malaya (UM) on scholarship.

With the support of the British Council and the American Embassy, she was sent to London for a course on book publishing and distribution. The main purpose was for her to gather enough knowledge and come back to UM and start a cooperative bookshop.

There, she spent three months visiting the universities of Cardiff and Birmingham to learn about book publishing and retailing.

“I had to start a bookshop from scratch but that to me was also very exciting!” she enthuses. “I understood this was something that no one had ever done before.”

After three months, she came back to Malaysia and proceeded to work on opening UM’s first ever bookstore. Feeling daunted initially, she sought out the advice of royal professor Ungku Aziz. Until today, she attributes the success in her first job to him.

Wong has always held Ungku Aziz in esteem as her supportive mentor and adviser. The concept of the UM Cooperative Book Shop was after all his project.

While that period was exhilarating and eye-opening for her, it was also a stressful time.

“I was supposed to set this bookstore up without any financial backing whatsoever! I made countless trips to professor Ungku Aziz for his advice and he kept telling me, ‘You can do it!’”

Putting what she learnt from theory into practice was difficult.

Initially Wong found it a challenge – not because of the prospect of running a business on her own, as this was what she had been exposed to from a young age. She was more anxious about starting a business from scratch, something she had never done before.

With the backing of her mentor she gained the confidence to undertake the task – an instinct she calls entrepreneurship.

She remembers those first few months when she struggled to keep the bookstore going. She even went without pay for six months because the society set up to run the store had not yet been established at that point.

Yet she persevered. She took stock of her business skills learnt over the years from the family, her lecturers and her trip to London and she never looked back.

Once the bookstore became financially stable, she knew the sky was the limit. Today, the UM Cooperative Bookshop has become a multi-million dollar business and Wong feels a sense of pride.

It was one of the premier stores in the country stocked with a wide range of hardcover books as well as paperbacks. Until today, it takes orders from students and the public alike, for books unobtainable elsewhere.

Wong is a firm believer in having a positive attitude in all aspects of life, not only for work. “The ability to learn is very important, and so is attitude, because attitude determines your altitude. It shows you how far you can go.”

To her, working hard is only one of the factors that contributes to someone’s success. “That person should also be teachable and he or she should be humble enough to absorb knowledge and information.”

Wong points out that a job is really a situation where someone is paid to learn. In the end, she posits, while the company benefits in revenue, the employee will benefit from the learning process and the mistakes he or she makes.

She believes that a university qualification is good because it provides a structure and foundation for career success.

However, she acknowledges cases where people are successful without a university education and progress through their determination to succeed.

“For me there is no such thing as a career that does not involve some risk. But instead of looking for uncertainties in a new job, we should regard them as opportunities for learning,” she shares.

Wong also does not regard something that has gone wrong as a failure – if something does not work it should be noted, and a change should be made.

Alhough Wong began her career in business within the academic industry, she soon developed a keen interest in fashion; in particular, luxury accessories such as watches and diamonds. “I found this even more enticing because you really end up learning about people and how to ‘handle’ them,” she says.

Her approach to difficult customers is that, while one has to be polite at all times, sometimes you still have to remain firm and stand your ground in calling out the emperor’s new clothes.

After learning all she could from rubbing shoulders with the rich and famous, she changed her tactics and joined American Express where she worked for seven years. “I wanted to be world-class and take my learning to yet another level” she explains.

Joining American Express reinforced her belief in the importance of interpersonal skills. “At the end of the day it is all about connecting with people, really.”

Forever methodical, Wong believes that all the vast knowledge she accumulated in her past was really in preparation for what she is doing today – charity.

Some of her valuable contributions include providing for the World Wildlife Federation, victims of the Kosovo war, old folks’ homes, mentally disabled children, orphanages and families of the blind in Malaysia and internationally.

“I feel it is time to pay back for all I have received in the past. And because I meet with different people from different fields, it is good that they could eventually join me and contribute some help.

In Wong’s view, people today may have a high IQ, but in order to succeed in life, they should also have EQ – the emotional quotient.

Without it, she says, “you will find it difficult to relate to people.”

“Especially with today’s technological advancements and gadgets, people turn to these advancements to do their communication for them, losing that important emotional connection.”

To Wong, this seems to be a loss of touch with humanity, because at the end of the day it is all about interpersonal skills.

Through her work with Living Hope Global, she travels extensively throughout Malaysia to meet underprivileged children, understand their plight and bring much needed help in terms of donations that go towards the feeding and education programmes that she has set up. Wong firmly believes that education is the one and only way out of the vicious cycle of poverty.

“I have no regrets for how my life has unfolded,” Wong beams. “In fact, I could say that it is through divine orchestration that I am where I am today!” 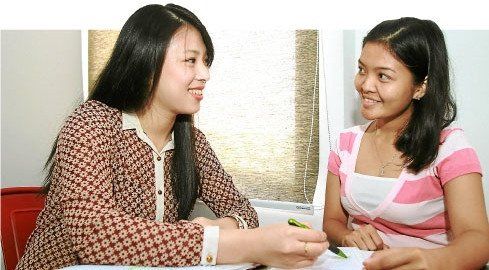 Why You Need A Mentor