The Melody Of Success

“At the age of four, I built myself a drum kit from my mother’s pots and pans. I then turned on the radio and drummed to the music for hours, until my parents thought that I should learn how to play an instrument,” reminisces Gansch.

So, it comes as no surprise that this internationally acclaimed conductor, producer and consultant has won not one or two, but four Grammy awards.

“I studied music at the Vienna University of Music and Performing Arts. At 21, I was lead violinist at the Munich Philharmonic Orchestra.

“A position like that in a major international orchestra gave me the chance to work with the best conductors and to use them as mentors for my conducting career.

“But at the same time I was always interested in business, so at the age of 29 I decided to switch to the music industry. Little did I know that it would lead to a 14-year success story,” explains Gansch on his career journey.

Having two diverse perspectives of the musical world, one from the eye of a musician and the other from a manager, Gansch has managed to create an exclusive coaching method drawing on similarities between orchestras and company structures. According to Gansch, a functioning orchestra is a prime example of efficient management, leadership and conflict-solving strategies.

No other group has such highly-qualified individuals working together on a daily basis for hours on end and in such close quarters.

His coaching concept uses the strategies of symphonic processes, which are significantly more complex and defined than is usually presented to the public.

He adds that in both orchestras and companies, success is only possible when one decisive question is answered: how corporate identity and unity can be developed on the basis of individual abilities and diversity.

“The main focus of our work consists of anchoring the symphonic motto of ‘listening to each other – acting together’ in the awareness of companies. The development of interactive, cross- departmental communications processes creates new operational impulses in a company,” says Gansch.

“I am convinced that companies can learn a lot from orchestras in terms of soft skills. This is because a great orchestra recruits the best people from around the world under one slogan: “There’s no ‘I’ in ‘team’!”

When asked about the lessons learnt throughout his career, Gansch says that such moments take place all the time.

He says that even the best processes and structures can ultimately fail because of individuals.

“Only when management respects and values its employees can they be self-motivated and responsible for their collective success. This is the way to healthy corporate ethos, which ensures that each individual can identify with the company.”

“For me, the perfect triad of leadership skills are to recognise, decide and act. If a manager just decides and acts, but doesn’t recognise the employees’ different characters and needs, then there are no leadership skills there. And they shouldn’t wonder why they have employees who are unmotivated and working pragmatically by the book,” he says.

Christian Gansch will be in Kuala Lumpur on April 3. He will be speaking at the Business of innovation forum organised by The London Speaker Bureau. For more information, visit www.bizofinnovation.com.my or call 03-23010988. Click here to read more articles like this! 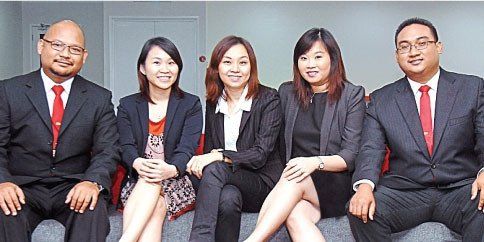