Is Penang the “Silicon Valley Of The East”? 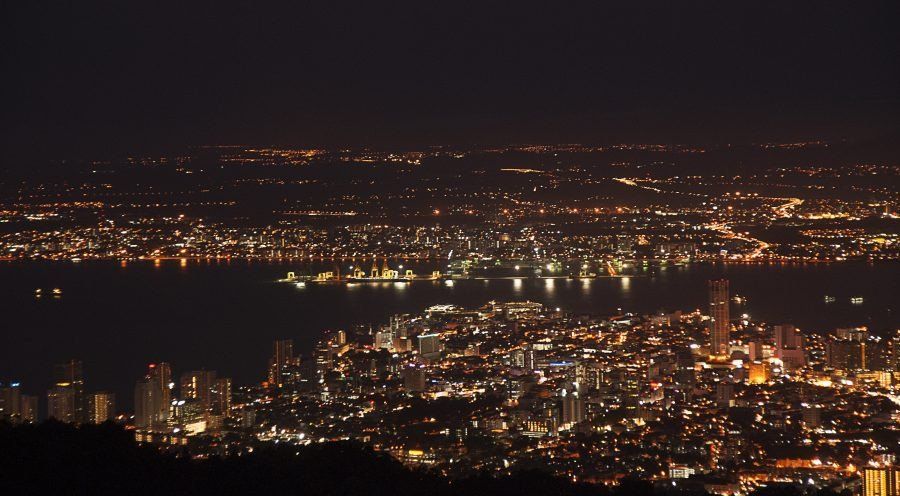 How the island became the national hub for E&E Growth

It is the home of thousands of start-ups as well as 39 of the Fortune 1000. Google, Intel, Netflix, Facebook, Apple, Yahoo!, Adobe, Tesla Motors.

All headquartered there. There is even a TV show about the early successes and failures of a start-up in the region.

Yes, Silicon Valley in California, USA has become a household buzzword thanks to its fiercely competitive atmosphere.

As the region thrives and expands its global acclaim, however, there is a place much closer to home being branded as the “Silicon Valley of the East”.

Penang may be an idyllic holiday destination with its quirky street art, stunning beaches and world-class food, but its reputation as a hub of tech start-ups is strengthening every year.

The name was first coined when Intel and Bosch set up operations at the Bayan Lepas industrial park in the 1970s.

Since then, some 300 multinational corporations (MNCs) have established offices on the island and its attractiveness for fresh graduates has become a major calling card.

Offering a deluxe work-life balance thanks to the abundance of culture and relaxation spots, Penang has marketed itself cleverly as a relaxed alternative to the hustle and bustle of Kuala Lumpur.

And indeed, it has grown accordingly, keeping up with Malaysia’s capital and even Singapore in hosting and growing these multinationals.

Riding this wave of growth and momentum is a slew of Malaysian start-ups building their base from “Silicon Island” and looking to stamp their own marks on the global marketplace.

Two such companies in Penang who capitalised on the industry growth were ViTrox Corporation Berhad and Aemulus Holdings Berhad, started in 2000 and 2004 respectively.

Founded by entrepreneurs with similar backstories, they have since grown their businesses to become two of the biggest and most recognisable organisations on the island.

After their years of growth, however, both companies remain resolute that Penang is their home and that moving headquarters to a major city is something neither of them has planned.

“I don’t agree with this idea that once a company gets to a certain level, they need to move to Kuala Lumpur, or Singapore or one of the other ‘big cities’,” says Aemulus chief executive officer and executive director, Sang Beng Ng. 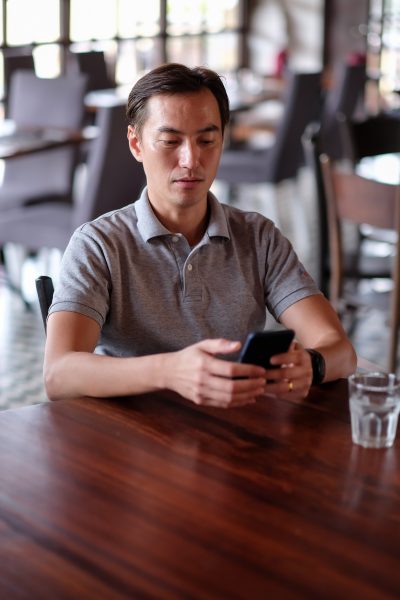 “There is always a lot more pressure in these more competitive environments, which breeds a culture of everybody needing to hit a certain KPI.”

“Especially for entrepreneurs, everybody feels like they need to see results straight away.”

“So much research, creativity and innovation comes from failures – from learning from these negative experiences…

So if you have a culture that automatically cultivates a ‘success-or-else’ work environment, I think that is stifling to a lot of great ideas. In Penang, the cost of failure is much lower; you are able to fail and pick yourself back up.”

Ng started Aemulus after leaving one of the many MNC’s stationed on the island.

He brought over members from his old team and began developing semiconductors and camera equipment.

Today, the same people are still with him in key positions as the company continues to grow.

Never resting on their laurels, Aemulus have continued to innovate their range of offerings, with RF wireless now making up a bulk of their revenue stream.

The world of Big Data may again alter the course for Ng and his team, however, as they seek to stay ahead of the curve in Penang’s ever-more competitive atmosphere.

ViTrox also began in the semiconductor field by co-founders Jenn Weng Chu and Steven Siaw. Like Ng, Chu was working for one of Penang’s multinationals at the time that he started his own business journey.

For Chu, it was Hewlett Packard (HP), the US tech giant headquartered in Silicon Valley.

During a trip to California, Chu visited the garage in which HP’s co-founders had developed the early iterations of what would go on to become a multi-billion dollar company.

It was all the motivation that the young Chu needed.

“If two Harvard tech graduates could start something so big from such a small base, then what was to stop me doing exactly the same thing back in Malaysia?” says Chu.

“We chose Penang because I knew that there was a great ecosystem here for us and that there would be an easy supply chain of very good engineers coming out of university.”

That word, ecosystem, is a key part of Chu’s philosophy. Nobody is more passionate about building Penang’s reputation than he, as ViTrox’s growth continues to bring value to the island’s economy.

The next steps are passing on those lessons for success to the next generation and ensuring that the market in Penang is sustainable.

“In the next few years, we are focused on not just building ViTrox but on building the ecosystem as a whole here in Penang and across Malaysia,” says Chu.

“The opportunities right now are tremendous. We are at a size now where we are building to share and want to use our resources to help grow more companies in our sector.”

“We have been in that start-up phase, we know what it takes to be successful and we have our successes and failures that we can educate young entrepreneurs about. Yes, we want to be the number one in machine vision, but that doesn’t mean we want to be the only one.”

Number one, but not the only one. This unselfish approach to helping other companies on the island thrive is why business in Penang is reaching the highs that it is.

Both Aemulus and ViTrox are leading by example in showing that a company established on the island can have such a huge impact around the world.

By continuing to develop the start-ups, the hope is that one day these home-grown names can surpass the multinationals that first put Penang on the map. 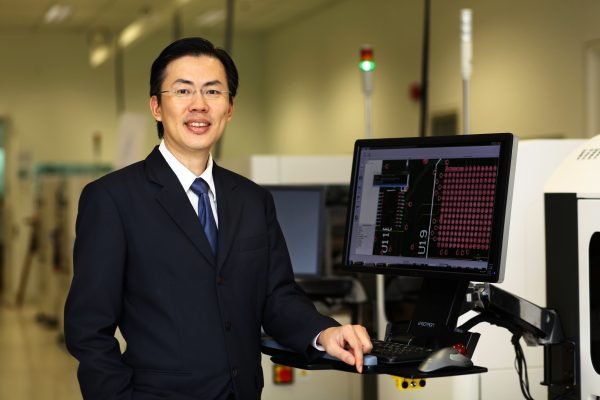 Chu says: “No highly developed country is reliant on foreign companies; if we want Malaysia to be able to compete with the most developed countries in the world, we need to have our own ecosystem of multinationals.

“That starts with instilling entrepreneurship into our young people. In the world of IoT and Industry 4.0, it is impossible for a small company anywhere in the world to be a global player.”

“I can sit and worry that Malaysia could get left behind, or I can do something about fixing it and do my bit to help.”

And doing his bit he is. With the phenomenal growth of ViTrox, Aemulus and so many other locally-bred
companies operating on the island, perhaps the name “Silicon Valley of the East” is not so inaccurate.

One of the other aspects of the business that Aemulus and ViTrox have in common is that both have leveraged MDEC’s GAIN programme to accelerate their globalisation efforts.

In line with a vision to develop Malaysia’s digital economy, the Global Acceleration and Innovation Network (GAIN) programme was incepted to catalyse the expansion of local technology SMEs that have the potential to become global players through market access, leadership and capability development, brand visibility and scale-up capital.

GAIN provides customised assistance based on each and every GAIN company’s needs and goals; whether it is elevating brand visibility, facilitating market access, upskilling capabilities, match-making for merger and/or acquisition or accessing funding ecosystem. 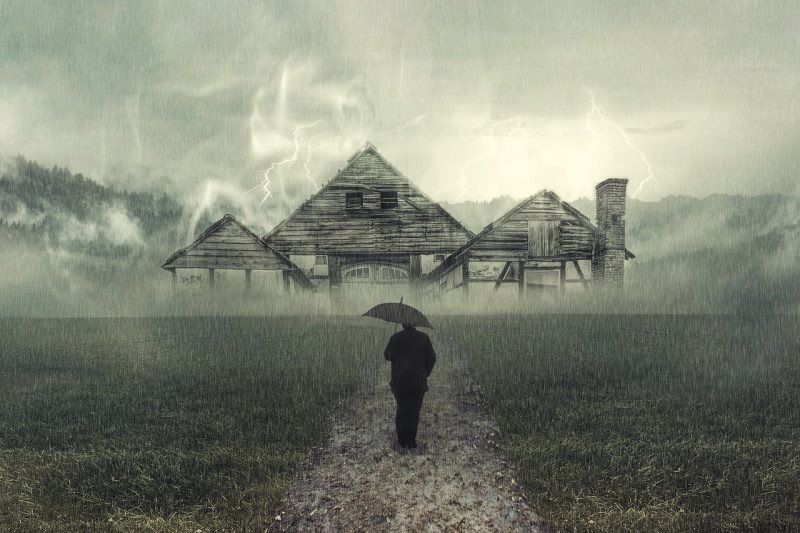