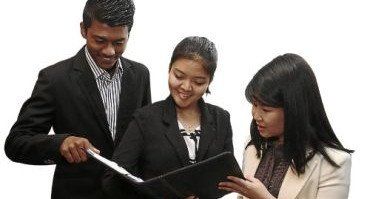 SUPPOSE that later this evening, after you have stepped away from your keyboard, put on your coat, and travelled home for supper, your organisation underwent a magical transformation, reshaping itself into the world’s best workplace.

How would you know? What would be different the next time you entered the building?

When we think about extraordinary workplaces, we tend to think of the billion-dollar companies at the top of Fortune magazine’s annual list. We picture a sprawling campus, rich with generous amenities; a utopian destination where success is constant, collaborations are seamless, and employee happiness abounds.

But, as it turns out, many of the assumptions these images promote mislead us about what it means to create an outstanding workplace.

In recent years, scientists in a variety of fields have begun investigating the conditions that allow people to work more successfully.

As I explain in a new book summarising their discoveries, not only are the factors that contribute to creating a great workplace not obvious – often, they are surprisingly counter-intuitive.

Myth 1: Everyone is incessantly happy

Over the past decade, the happiness literature has produced some compelling findings. Research conducted in lab and field experiments indicated that when people are in a good mood, they become more sociable, more altruistic, and even more creative.

Not surprisingly, many organisations have attempted to capitalise on these outcomes by searching for ways to boost employee happiness. In many ways, it’s a welcome trend. Surely, a workplace concerned about the mood of its employees is preferable to the alternative.

But happiness also has a surprising dark side. When we’re euphoric, we tend to be less careful, more gullible, and more tolerant of risks.

Not only is workplace happiness occasionally counterproductive, there is also value to so-called “negative” emotions, like anger, embarrassment, and shame.

Studies indicate that these emotions can foster greater engagement by directing employees’ attention to serious issues and prompting them to make corrections that eventually lead to success.

Instead of espousing positivity at all costs, leaders are better off recognising that top performance requires a healthy balance of positive and negative emotions. Pressuring employees to suppress negative emotions is a recipe for alienation, not engagement.

Workplace disagreements, many of us implicitly believe, are undesirable. They reflect tension in a relationship, distract team members from doing their jobs, and therefore damage productivity.

But research reveals just the opposite: in many cases, disagreements fuel better performance.

Here’s why. Most workplace disagreements fall into one of two categories: relationship conflicts, which involve personality clashes or differences in values, and task conflicts, which centre on how work is performed.

Healthy debate encourages group members to think more deeply, scrutinise alternatives, and avoid premature consensus. While many of us view conflict as unpleasant, the experience of open deliberation can actually energise employees by providing them with better strategies for doing their job.

Workplaces that avoid disagreements in an effort to maintain group harmony are doing themselves a disservice. Far better to create an environment in which thoughtful debate is encouraged.

Suppose you’ve just been hired to oversee two teams. Before your first day on the job, you receive a report summarising each team’s performance during the past year. One statistic immediately jumps out: In the average month, Team A reports five errors. Team B reports 10.

Which team is more effective?

On the surface, the answer seems obvious. Of course Team A is better – after all, the data show they commit half the number of mistakes. But are fewer errors really the best metric of a team’s success?

In the mid-1990s, Harvard researcher Amy Edmondson conducted a study looking at the performance of nursing units at a university hospital. What she expected to find was a simple correlation; one showing that units with the best managers and co-worker relationships recorded the fewest drug treatment errors. Instead, she found the opposite.

Much to Edmondson’s surprise, nursing units with better nurse-manager relationships reported significantly more drug treatment errors, but not because they were less effective. They were simply more comfortable admitting mistakes when they happened.

Edmondson’s research underscores an important point. To achieve top performance, we must first recognise and learn from our mistakes.

And for that to happen within a workplace context, for employees to willingly acknowledge errors, they need an environment in which it feels safe to have honest dialogue.

Paradoxically, fostering top workplace performance requires a new way of looking at failure. Instead of treating mistakes as a negative consequence to be avoided at all costs (thereby making employees reluctant to acknowledge them), organisations are better off making improvement rather than perfection a primary objective.

Myth 4: They hire for cultural fit

Organisations no longer select job candidates solely on the basis of their skills or experience. They hire those whose personality and values are consistent with their company culture.

Among the more vocal proponents of this approach is Zappos, the online shoe distributor. But lots of other companies have extoled the virtues of hiring for cultural fit.

The idea holds intuitive appeal: When employees share similar attitudes, they’re more likely to get along, and more likely they are to produce. Right?

Not necessarily. There’s a point at which too much similarity can stifle performance. For one, similarity fosters complacency. We get stuck doing things the way we’ve always done them because no one is challenging us to think differently.

Similarity also breeds overconfidence. We overestimate the accuracy of our opinions and invest less effort in our decisions, making errors more common.

In a 2009 study, teams of three were asked to solve a problem with the help of a new colleague who was either similar or dissimilar to the existing group. While homogenous teams felt more confident in their decisions, it was the diverse teams that performed best.

The newcomers pushed veterans to re-examine their assumptions and process data more carefully – the very thing they neglected to do when everyone in their group was similar.

Finding the right degree of cultural fit in a new hire is tricky. When the work is simple and creative thinking is rarely required, a homogenous workforce has its advantages.

But the same can’t be said for organisations looking to be on the forefront of innovation.

Here, exposing people to different viewpoints can generate more value than ensuring that they gel.

Myth 5: Their offices are full of fun things

On every list of great companies to work for, the top organisations offer lavish amenities. Twitter, for example, has a rock-climbing wall. Zynga lines its hallway with classic arcade games.

Given the frequency with which resort-like workplaces are recognised, it’s become easy to assume that to build a great workplace, you need to turn your office into an amusement park.

Not true. To thrive at work, employees don’t require luxuries. What they need are experiences that fulfill their basic, human needs. As decades of academic research have demonstrated, we perform at our best when we feel competent, autonomous, and connected to others.

What differentiates great workplaces is not the number of extravagant perks. It’s the extent to which they satisfy their employees’ emotional needs and develop working conditions that help people produce their best work.

For too long, we’ve relied on assumptions when it comes to improving our workplaces. Isn’t it time we looked at the data?

Ron Friedman is an award-winning social psychologist who specialises in human motivation. His new book, The Best Place to Work: The Art and Science of Creating an Extraordinary Workplace, has been described as ‘stunning’, ‘eye-opening’, and ‘a contemporary classic’, and has been praised by best-selling authors Daniel Pink, David Allen, Marshall Goldsmith, Susan Cain, and Adam Grant. To find out more about his work, visit www.ignite80.com. For more Hard Talk articles, click here. 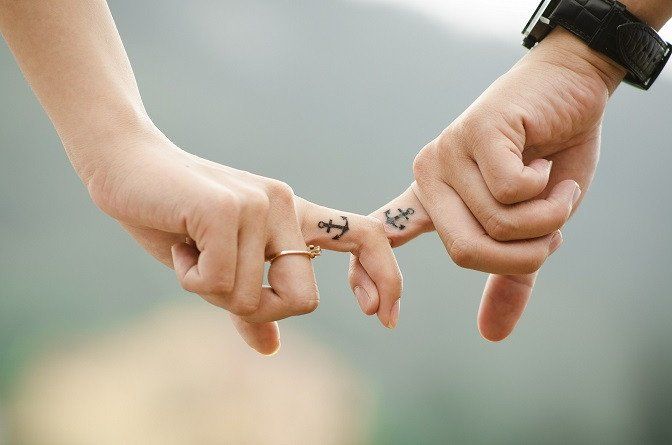