Who Says The Workplace Can’t Be All Fun And Games? 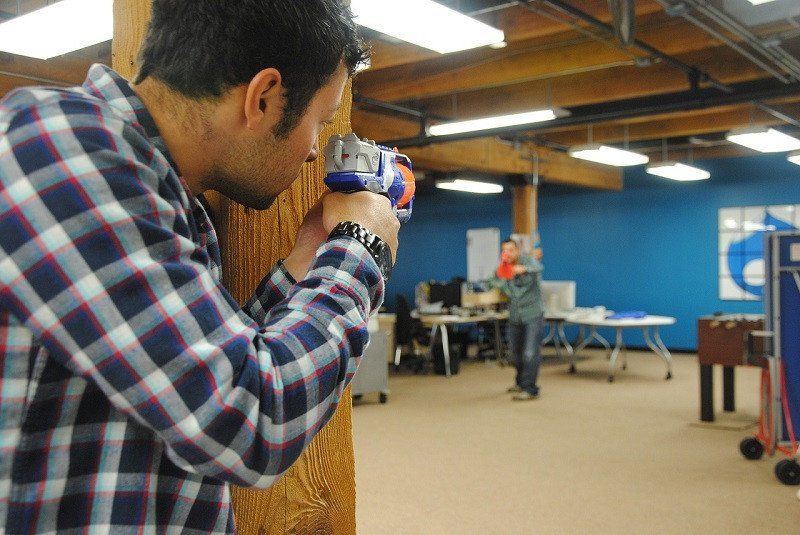 Gamification: a word almost unheard of until 2010 and now described as the “future of employee engagement”.

As traditional methods of education continue to be phased out in favour of a more interactive, hands-on approach to learning, the world of gamification is changing the way we learn and engage with our work.

Applicable to office cultures regardless of industry or staff size, the new trend of introducing fun and games to a company’s internal narrative is already reaping huge benefits and looks set to be the go-to human capital development system in the world.

Not just for kids

Today, more Generation X-ers are using their spare time playing games consoles than millennials. Gone are the days when video games were being played exclusively by teenagers and so-called “nerdy” adults.

Similarly, gone are the days of video games being considered unproductive. Everybody, at some point in his or her childhood, has been told to stop “wasting time” playing video games. It was only recently that we started recognising the perks of developing our minds through gaming.

Research has shown that an hour of video games a day is hugely beneficial for blowing off steam as well as keeping an active social life and engaging our brains. And now that same philosophy is being brought into the working environment.

Developing the idea of levelling up and scoring points for completing office tasks is bringing a new competitive element to offices across Malaysia and one local company, SelfDrvn, is ahead of the curve in bringing such a system into the country.

“When a video game gets too hard, we don’t complain about it or procrastinate; we spend hours and hours working at it and trying new ways around things. So why can’t we bring that same mentality into the workplace to stop people from putting things off for being too difficult and instead, give them an incentive to complete the task,” says Lam Mun Choong, chief executive officer and founder.

“Apart from just a release, playing games is all about recognition. It’s about being recognised for doing something well, which is why we earn badges, level up, unlock new achievements and compare our scores against our friends on the leaderboard.” 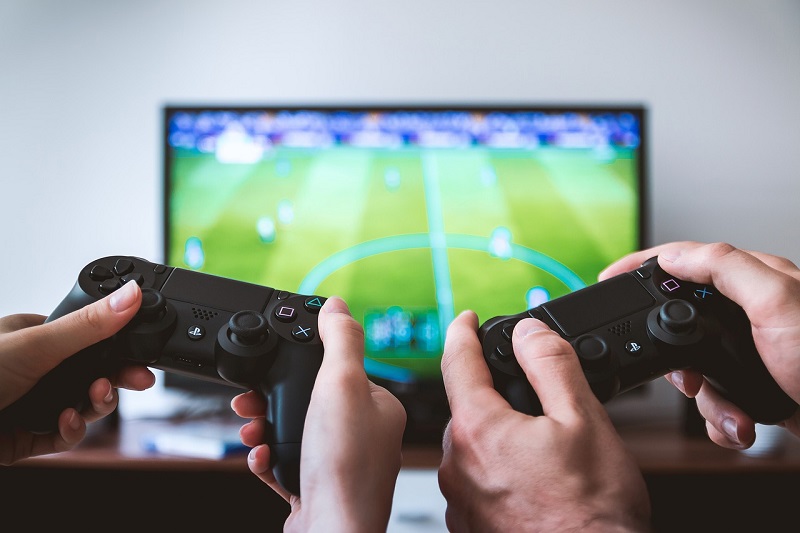 That system of levelling up and earning achievements along the way is the foundation of SelfDrvn’s success with offices across Malaysia that are reaping the benefits of learning through play on the app’s wildly successful interface. Introducing a fun competitive element to the process of lifelong learning is always critical to getting the information to stick.

“Previously, companies were focused on content and having a syllabus in place,” says Lam.

“Employees were told that if they pass the courses and meet certain standards, they will be promoted. And what happened was that a lot of people would pass the test in front of them but rarely understand how to apply it to their everyday work or would even just forget what they had learnt.”

Think of a book that you were told to read in school as part of the syllabus. You probably hated it, only to read it years later as an adult and suddenly realise what a brilliant piece of fiction it really is.

When you’re told to read something and know that you’ll be tested, it can be hard to find the energy to actually enjoy what you’re reading.

The same principles apply to workplace training. Doing something because you have been told to do so is never nearly as engaging as doing it because you want to.

“Every employee should ask themselves: why should I learn?” says Lam.

“If the answer to that question is ‘because my boss asked me to’, the employee will learn nothing and may even resent what they are being asked to do.

That is where gamification comes in.

We make people want to learn and want to improve because of the simplicity of our incentives and motivational options. 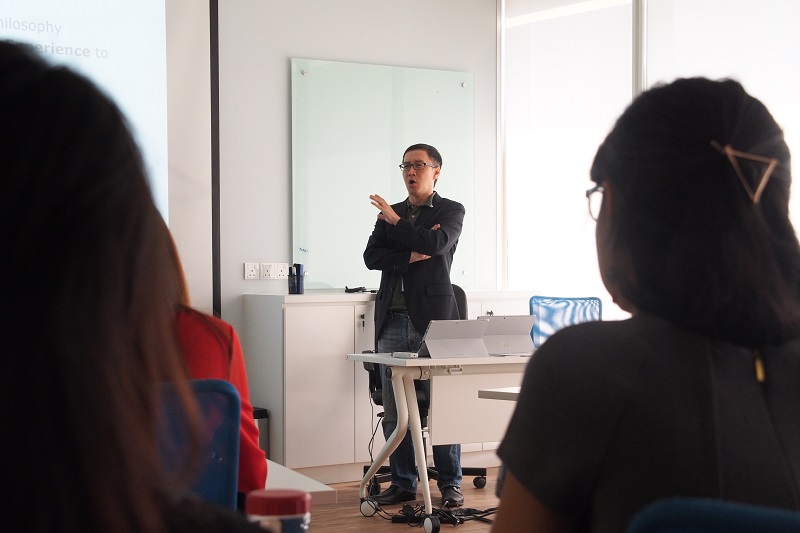 Apps such as Waze and Pokémon Go have captured international imaginations in recent years by gamifying the day-to-day tasks that people were doing anyway.

Waze became the go-to application for satellite navigation as they introduced the social element to driving.

By rewarding its drivers with badges and a leaderboard for most miles driven and encouraging them to contribute to the community of drivers on the road, Waze was able to add the element of gamification to the daily ritual of commute.

Similarly Pokémon Go was able to add a fun scoring system to the pastime of simply walking around the neighbourhoods as the app took the world by storm in 2016.

This might interest you: How Will Malaysians Take Pokémon Gameplay To The Next Level? Go Figure!

“What Pokémon Go does so well is to tap into humans’ need to collect things and then to show them off,” said Lam.
“Its beauty is in its simplicity.

You walk around, your phone buzzes, you swipe to ‘catch’ something and then you tell all your friends about what happened later and compare your roster of Pokémon. The SelfDrvn philosophy follows the same principles.”

Rather than asking people to go out of their way to accomplish a task, SelfDrvn logs the everyday office rituals of its users and builds on a points-based system.

Simple efforts such as giving a colleague feedback, attending meetings and making suggestions for company improvement all add up and can ultimately be exchanged for electronic gadgets and other rewards.

A step ahead in introducing such technology to the Malaysian workforce, Lam has huge ambitions that the forecasts of gamification continuing to change workplaces globally means opportunities for SelfDrvn to expand.

Recognising that he would not be able to do it alone, however, his participation in the Malaysia Digital Economy Corp’s GAIN programme has given him the platform he needs to reach the next level.

“The immersion programmes that GAIN offers were exactly what we needed to give us the international exposure and business match-making. It’s helped our business grow exponentially and we’re finding it easier than ever to find our target customers,” he said.

Forecasts for the future are certainly bright and the visibility of Malaysia on a global stage due to gamification developers bodes well for Lam and for SelfDrvn.

Proving that work can be all fun and games and with a talented young workforce as energised as he is, SelfDrvn will undoubtedly be on the global stage.

They currently have programmes to help with internal engagement, external customer engagement and salesforce incentivisation.

To learn more about SelfDrvn and how gamification can help your company, visit www.selfdrvn.com

In line with a vision to develop Malaysia’s digital economy, the Global Acceleration and Innovation Network (GAIN) programme was incepted to catalyse the expansion of local technology SMEs that have the potential to become global players through market access, leadership and capability development, technology disruption and scale-up capital.

Customising its programmes to each individual company, the programmes benefits are wide-ranging and have already helped hundreds of Malaysian businesses achieve their financial and professional goals. For more information on the GAIN programme, visit www.mdec.com.my 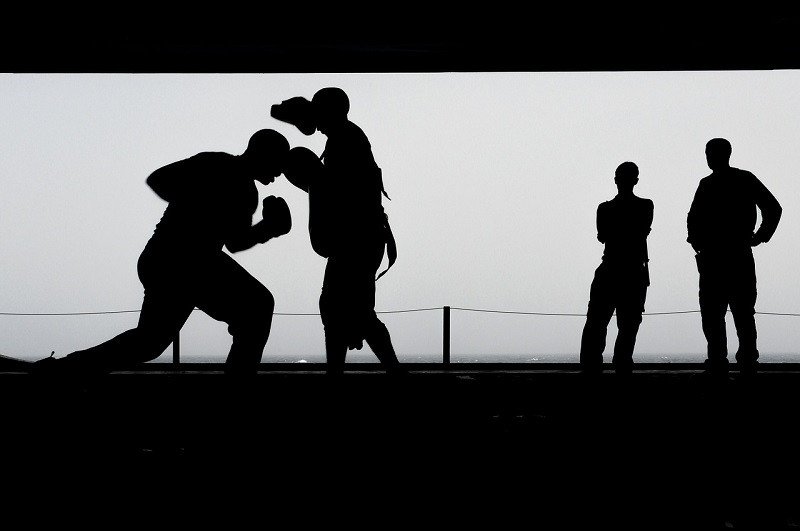 Are Your People Taking Their Training Seriously?