Maybank: The Little Things They Do To Ease Workers' Life 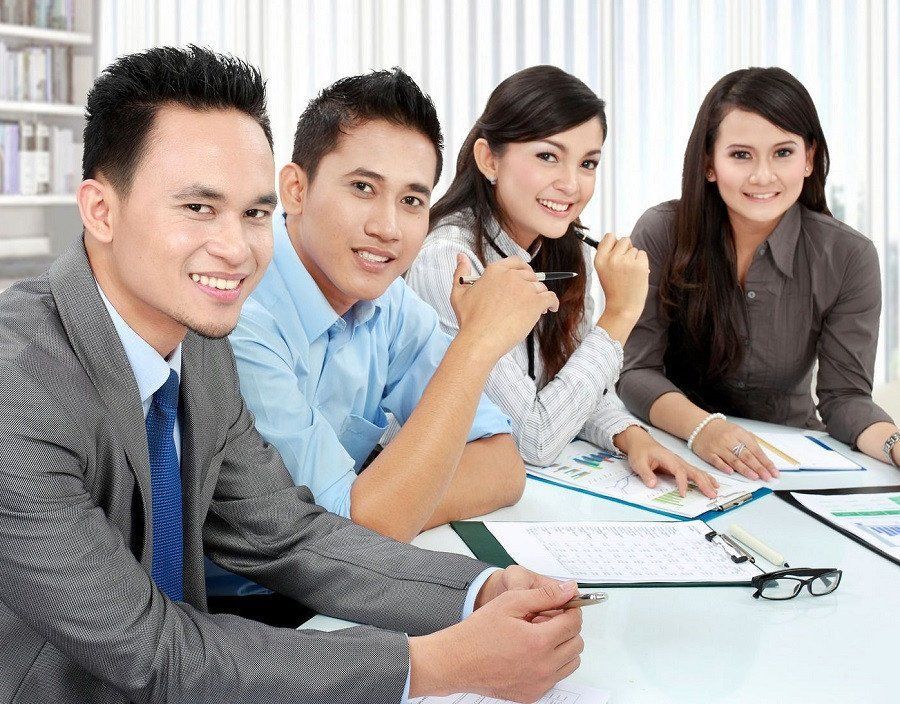 This is how they nurture employees to drive productivity

Every employee dreams of a company that will take good care of their needs beyond the salary package. Professional growth opportunities, employment benefits, workplace facility and work-life balance all play an equally important role in retaining and driving employees to be constantly on top of their game.

For Maybank Group, the country’s largest financial services group and one of Asia’s leading banking groups, the above is not a dream to be fulfilled, but a responsibility that the organisation finds necessary in order to engage with their employees.

The multi-award winning employer has some of the best perks that transform the concept of employer-employee relationship whilst driving productivity, and maintaining high employee engagement and retention.

And, we at Leaderonomics thought that it is only apt – in conjunction with Mother’s Day – to talk about how the banking group may just turn out to be one of the best places for working mothers.

It’s all about the people

Flexing the stripes of diversity, inclusivity and gender equality, Maybank is all for humanising, not just their financial services but also employee engagement efforts, including when facilitating their exits from the company.

The group has a myriad of initiatives in place for women to create a meaningful and exciting workplace experience which accelerates their career growth and productivity while empowering them to integrate work and life, smoothly. These include excellent facilities and offerings such as flexible work arrangements, gym for ladies, various health and wellness programmes and special car park arrangements for pregnant women, amongst others.

And, if you are mother with young children, you will be impressed with their 12-month maternity benefit (yes! you read that right), a well-equipped, need-based childcare centre, lactation and breastfeeding rooms as well as flexible work arrangements and childcare allowance. 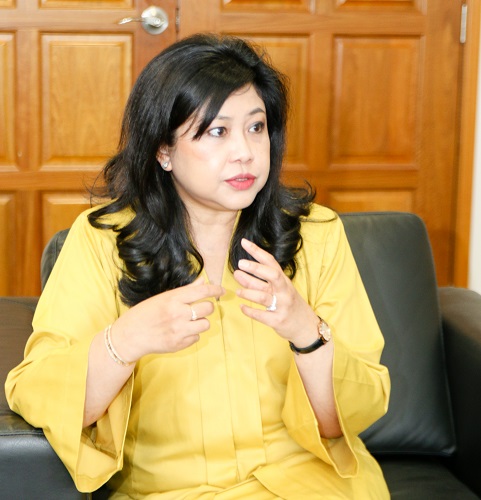 Maybank group chief human capital officer Nora Abdul Manaf says the company was constantly looking at an approach that can humanise work processes and have a degree of influence on the society that would ultimately break barriers and stereotypes associated with the banking world.

“When the idea of a childcare centre was conceptualised, it started off with us sitting down and thinking how many creches do we need because we have over 24,000 people (employees) in the country and about 44,000 outside. Next, we already provide childcare subsidy, so do we now remove that benefit? I couldn’t do both because there are some people who need a centre while there are some who already have good childcare arrangements and are happy with the allowance,” says Nora.

Then, came the question of productivity which became a critical point that helped Maybank decide to open their Maybank Tiger Cubs Childcare Centre (MT3C), an emergency centre that helps resolve any sudden childcare-related crisis.

“When mothers – or even fathers – take time off due to (childcare) emergencies, there is a bit of work disruption, and the time taken to stabilise will still result in a productivity dip,” says Nora who adds that the MT3C was a result of Maybank wanting to lend a hand to helpless employees and arrest issues of low productivity due to unforeseen circumstances.

Nora also says that at times, they’d go as far as to figure out other solutions for non-performing or ‘distracted’ employees – for reasons other than childcare – by learning what is bothering them and finding a suitable work arrangement to help them re-focus.

Parents with emergency childcare issues such as unavailability of babysitters for example, can approach the MT3C for help by simply filling a form. The centre has registered nurses and certified local caretakers to manage up to 30 children at any given time.

It also meets all building safety standards and requirements by the government and adheres to all in-house health and safety rules – including non-admission for sick children – to ensure that every child is safe and sound under their care.

Recently, Maybank announced a year-long maternity benefit, believed to be the first of its kind in Malaysia, to facilitate mothers who are returning to work.

Under the scheme, mothers can choose to take the usual three-month paid maternity leave or extend another three months on half-pay.

“If they are still not ready to return to work, they can take the remaining six-months – unpaid – to focus on their child. We have the 3-3-6 break for mothers to decide what works best for them.”
The institution also provides flexible work arrangements – depending on need and the nature of work – not just to mothers, but all employees. 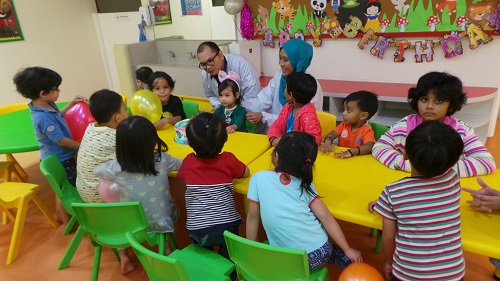 Interestingly, Maybank is also probably the only institution that allows its employees to go on sabbatical leave and assume other jobs, perhaps even start their own business or engage in an employment which is not in conflict with the interest of the bank.

“It is about helping people sustain themselves without a full-time job and make way for people who can only operate effectively with a full-time job. This helps us with employee engagement. If you are seated in this job (disengaged) thinking you would do better as a florist for example, we would encourage and help you get out there and try it,” says Nora adding that it’s their way of helping people grow and discover their potential.

Whether such things should be encouraged, Nora says it’s the company that decides a management tool which works best for their employees, even if it means helping their employees find (and support) their true calling and letting them go with some backing.

Ahead of it’s time

Maybank’s progressive initiatives started in 2009 when they began transforming their workforce with various work arrangements and benefits that increased competitiveness and a sense of loyalty among employees.

Today, the institution has managed to improve its key retention rate from 52% in 2009 to 81% in 2016. Women make up 55% of its employees. With great emphasis on gender balance in the management, the organisation has 30% of women in top management and 45% in management positions, as well as long-serving employees who make Maybank stand out as an employer of choice in the banking industry.

Guided by the philosophy of equality and fairness, Maybank continues to focus of employee engagement and other strategic priorities that will help scale them into a world-class organisation.

Leaderonomics speaks to two Maybank employees – and mothers with young children – who find the facilities offered to working mothers and employees in general to be extremely beneficial. For the mothers, it translated to peace of mind and increase in productivity 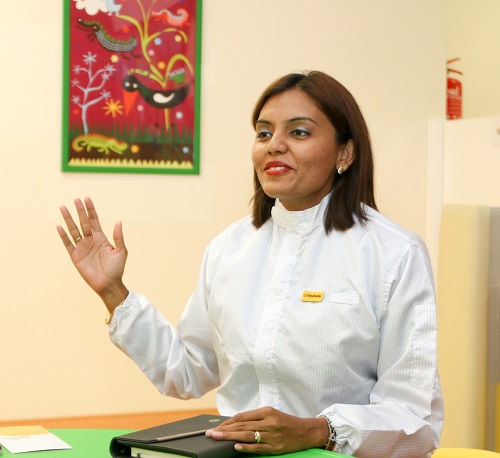 I’ve used all the facilities! My youngest son is 20 months old; I got pregnant when I began employment here three and half years ago. My legs had become swollen during my pregnancy. So, I got to use the special car park (for pregnant women). Just before I resumed working, my son began to refuse the bottle. So, I panicked. I couldn’t just leave him and come here, guessing if he was drinking milk or not. That was when I approached MT3C, and they allowed me to come in and feed him while he was being cared for here.

It was like an extended maternity leave for me! I would come in during lunch time and feed him. Even here, he would refuse the bottle sometimes, so I had that special place where I could sit with him. The childminders here are very professional. They ring me up when they switch their shifts to update me on how many times he has had milk, the last feed and others.

The employment here is very family-oriented, and supportive. They take into consideration the bond between mother and child, and they give us that space. 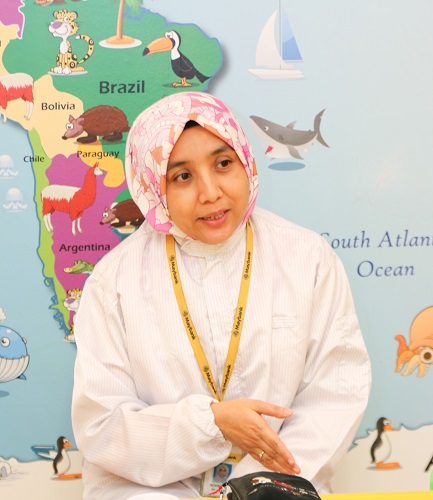 I’ve been working here for more than 10 years and I took up this flexible work arrangement in 2014. I used to be on the 10am to 7pm work shift, but I’ve switched to 8am to 5pm. I took it up for a few reasons: one of them was my mother, who needed to go to the clinic in the morning. I was also able to send my daughter to school a little later. I live in Taman Melawati, and in rush hour traffic it can take more than an hour to get to work.

My colleague had told me that she used to wake up at 4am to cook for her family before heading to work. We work long hours. With this programme, she can just come to work at 10am and go back at 7pm, so her work and family matters are taken care of.

There’s quality time for family. Some of them can go back early, cook for the family, and are able to send children to school. Prior to this programme, we had to take half-day leave or take the full day off to have these matters done.

Without this system, we have to be here at 8.45am. If there are work issues, we would have to stay later than 5.45pm. My family is happy, and we the employees especially, are not stressed as it is a great option for work-life integration. 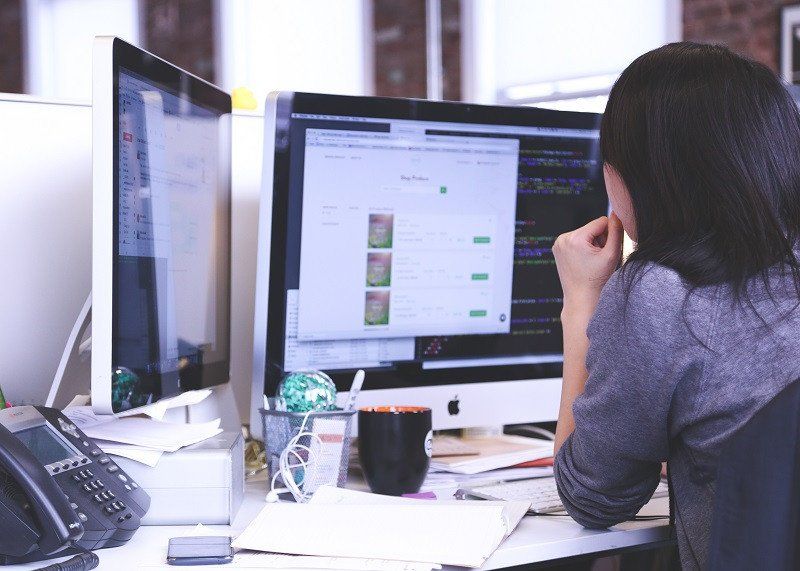 How Is Data Related To Your Company's Bottom Line?

Kamini Singgam
Kamini Singgam is an introverted extrovert that strives to see the rainbow at the end of the road. An experienced writer, editor and social worker, she was previously an assistant managing editor with Leaderonomics. She finds joy in sharing ideas and stories that can impact lives for the better.