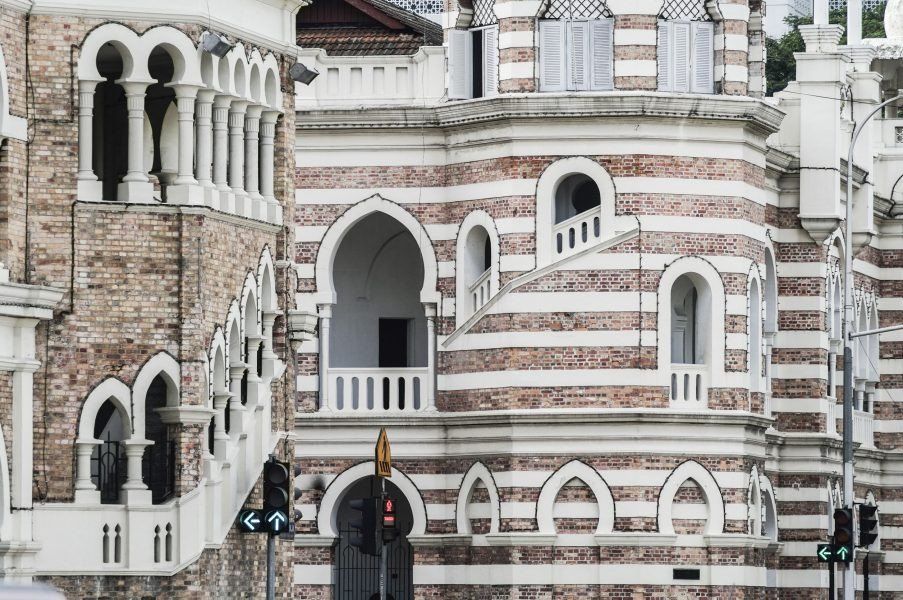 Well, that’s how I felt growing up. The way it was taught in school made it seem like a pointless field of study – as least relative to maths and science. I suspect that for many others like me, it was only later in life that we grew to appreciate the significance of history and more importantly, the need to understand the past in order to prepare for the future.

We often meet people who dwell in the past with regret. “If only I had made different choices,” they would reflect.
This is a pointless exercise. Who we are today is a result of our past choices and experiences. We cannot pick and choose some parts to change, and retain everything elseceteris paribus.

Then there are those who say: “Those who do not learn from history are doomed to repeat it.”

But this too has limited application as situations and contexts may differ – what proved wrong for the past, may be good for the future. Instead, the perspective best applied to history is to understand how the past has influenced where we are in the present and how it continues to influence our trajectory going forward.

If we use the analogy of a sailing ship to represent our country’s journey, history is like the wind that has helped bring us to our current position and continues to blow us in a certain direction. The key to successful sailing is to harness the wind to guide the ship to its intended direction. Similarly, we cannot deny our past.

There are three parts to harnessing our history:

Naturally, the first is easiest given that it continues on momentum. The second is relatively easy as it builds on what we have. But the third is arduous as it is fighting against what comes naturally.

In economics, the influence of history is seen as a form of ‘hysteresis’ or ‘path dependency’. Path dependencies can have negative economic effects – particularly where past choices and investments lock in decisions to suboptimal options. Classic example: narrow gauge for railways. If we started from a green field, we would obviously build standard gauge railway lines and buy, correspondingly, the most efficient trains.

However, with our history of having established a railway network and trains on narrow gauge, if presented with the investment choice to just build one new railway line, we would choose narrow gauge – even though it would be suboptimal given the need for connectivity.

There are also positive hysteresis effects. One example is seen in our electrical and electronic (E&E) sector in Penang. It started in the 1970s, with semiconductor companies such as Intel and AMD. Over the decades, Malaysians built up strong engineering expertise in semiconductors, working with silicon wafers.

Subsequently, we were able to leverage this expertise to capitalise on the new opportunities of manufacturing solar panels and LEDs, given similarities in competencies required.

Such positive – even if unintended – path dependencies are important in steering our nation forward, given that our best chance for future success is to build on our comparative advantages. 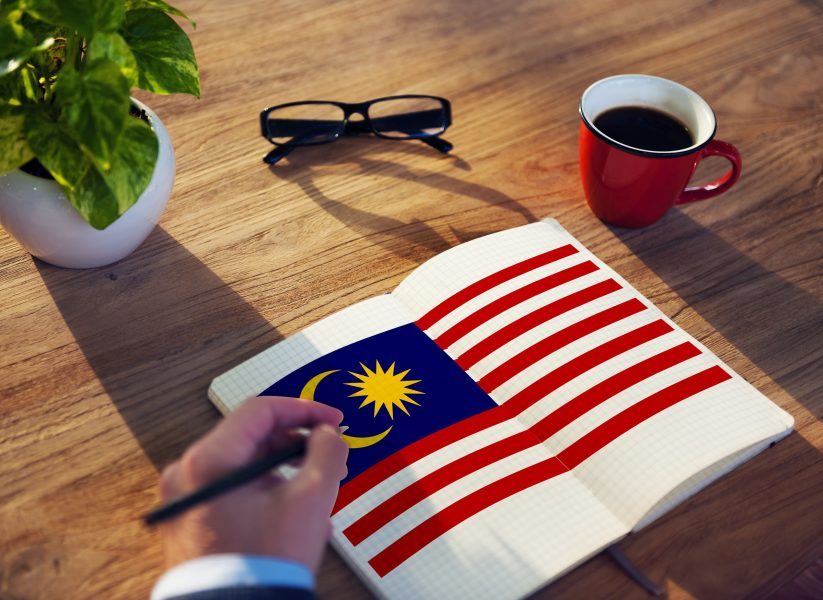 READ: The Election That Brought Us Together

Past success: elements to retain

In theMalaysia Economic Monitorof November 2017, the World Bank projected that Malaysia should achieve high income status between 2020 and 2024.

The Growth Report (2008)by the Commission of Growth and Development recognised Malaysia as one of only 13 countries that successfully sustained high growth over a long period post-1950. The Growth Report highlights that while the 13 countries have diverse features, their success stories had five common characteristics:

These characteristics are certainly parts of the recipe of past success still relevant for the future.

The Growth Report does emphasise that while markets are necessary to allocate resources, it was often tempered by pragmatic governments. Over Malaysia’s history, the government has repeatedly demonstrated pragmatism.
During the 1997 Asian Financial Crisis, Malaysia took the pragmatic but unorthodox approach of fixing the exchange rate and introducing capital controls.

While widely criticised then, today the consensus vindicates Malaysia.

“Malaysia’s progress over the last 20 years owes much to the sound policies adopted during and since the Asian Financial Crisis,” said Ulrich Zachau, World Bank director.

Our long history of inclusiveness continues to be relevant today, given its alignment with the United Nations 2030 Sustainable Development Goals, which among others, emphasises the principle of ‘no one left behind’.

While good economic policies certainly were important, what seems more important is the courage and conviction to values – such as demonstrated in our nation’s history. Values of pragmatism (being the opposite of radical ideology which we see increasingly emerging) and a belief in inclusiveness (looking out for the weakest members of our community) ensures that everyone prospers together.

Another core value from our history is progressiveness. In advancing the country, being progressive includes a willingness for experimentation. Malaysia was among the early adopters of privatisation – privatising the PLUS highway and transforming our utilities from government departments into private corporations fuelled our rapid development in the 1980s and 1990s.

READ: What’s Next For The Rakyat?
Past success: Ingredients to drop

Malaysia’s past success is largely owed to the collective efforts of Malaysians – its entrepreneurs, workforce, and government – to drive the dynamism of the economy.

However, a student of history needs to understand the historical context and circumstances. In this respect, Malaysia was fortunate in being able to take advantage of both global and domestic developments, in particular:

Malaysia’s transformation from a low-income commodity-based economy into a middle-income industrialised nation was premised on a low cost, low value-add model.

In a study by Monash University Malaysia for the Economic Planning Unit, it was concluded that even Malaysia’s industry leaders or pacesetters were largely ‘imitators’ i.e. reliant on imported know-how and technology.
Malaysia’s industrial and manufacturing base continues to be dominated either by factories owned by multinationals or Malaysian-owned factories which are original equipment manufacturers (OEM) for international brands. Case in point: Even though we have the largest rubber gloves and prophylactics manufacturers in the world, they are OEM in nature – capturing thin margins as opposed to the overseas brands they serve who capture the lion’s share of value-add.

Moving forward, our past successful low-cost model is not likely to succeed given the change in circumstances, especially:

These changes should be evident for all to see, but change is slow. As the world speaks of Industry 4.0, the Federation of Malaysian Manufacturers assessed that the majority of their largely-SME members were probably still at Industry 2.5.

This is where the long history of past success becomes an impediment to change. It is evident from the resistance of the private sector to the efforts to remove fuel subsidies for industry and moves to limit the entry of cheap unskilled foreign labour. Just as good policies are important but values are more important, similarly, an outdated business model is a challenge. More challenging, however, are fixed mindsets.

One of the key propositions of the McKinsey’s Global Institute work, ‘No Ordinary Disruption’ is that with the current speed and scale of change, business leaders can no longer rely on intuition built over past business knowledge.
The megatrends of the emerging markets, disruptive new technology, changing demographics, and increased global connectivity has fundamentally changed the rules of the game.

Furthermore, in the book Machine Platform Crowdby A. McAfee and E. Brynjolfsson of MIT, the authors highlight how the digital future is characterised by the increasing emergence of platforms such as Uber, Airbnb, and Facebook – which lead to ‘winner takes all’ industries.
For example, how many of you would use a search engine other than Google? In such a future, competition is brutal and economic wealth is concentrated to the owners of innovation.

Despite Malaysia’s natural diversity, Talent Corp’sDiversity in the Workplace Survey 2017 analysis of the top 100 listed companies found that about a quarter of these companies had only a single race making up top management.
This might make sense if one is working based on an ‘imitator’ business model of just executing on a given imported technology. This is clearly part of the recipe of past success to be dropped.

Malaysia’s future success relies on transitioning to an innovation led economy. The first step would be to leverage our natural diversity for creativity and innovative new ideas.

Past success: Building on strengths for future opportunities

While parts of our existing business model need to be dropped, Malaysia has reached its current position by establishing various strengths and capabilities along the way.

The key is to build up and potentially reposition our assets to take advantage of future opportunities.

Looking ahead to megatrends, we see emerging opportunities arising from:

Arguably, we are well-placed against these trends, given for example, our E&E expertise including IoT; our historical, cultural, and business links with the major economies of Asia; our capabilities in technologies such as solar and LEDs; and we are well-positioned to serve the increasingly affluent ageing population through our medical tourism and financial services.

Our Malaysian history has blessed us with a rich and diverse cultural mix. With the rise of Asia and growing trade within Asia, we must use our multi-culturalism as a natural source of competitive advantage. In this respect, the pursuit of national unity and celebrating our diversity is not only theright thingto do but it is also thesmart thingto do for our nation’s economy.

Collaborations need to be undertaken not just between different communities but also between different sectors and segments. For example, we should explore building on our historical strength in the oil palm industry and oil and gas to synergise and capitalise on emerging opportunities in chemicals.

To best serve affluent ageing Asians, we should ideally provide a comprehensive ecosystem of integrated services.
This can be done through coordinated offerings from our leading property developers offering homes, private hospitals offering healthcare, and financial institutions linking property and healthcare together with management of post retirement savings.

Malaysia is blessed with many pockets of excellence developed over our history. A key factor is whether we are all able to work together as a nation to harness our accumulated strengths to continue being successful going forward.

Malaysia has sailed successfully for decades.

Certainly, many past policies and values – especially pragmatism, inclusiveness, and progressiveness – continue to be relevant for the future. At the same time, as we look ahead, some of our past business models have become outdated and a change in mindset is required to embrace innovation and our diversity.

While we may be products of our history, we must not become prisoners of it: as the saying goes, “insanity is doing something over and over again and expecting a different result.”

Be it life or our nation’s journey, it is never completely deterministic or path dependent. There are choices we can make – building, leveraging, and improving on our past – to bring about even greater success. 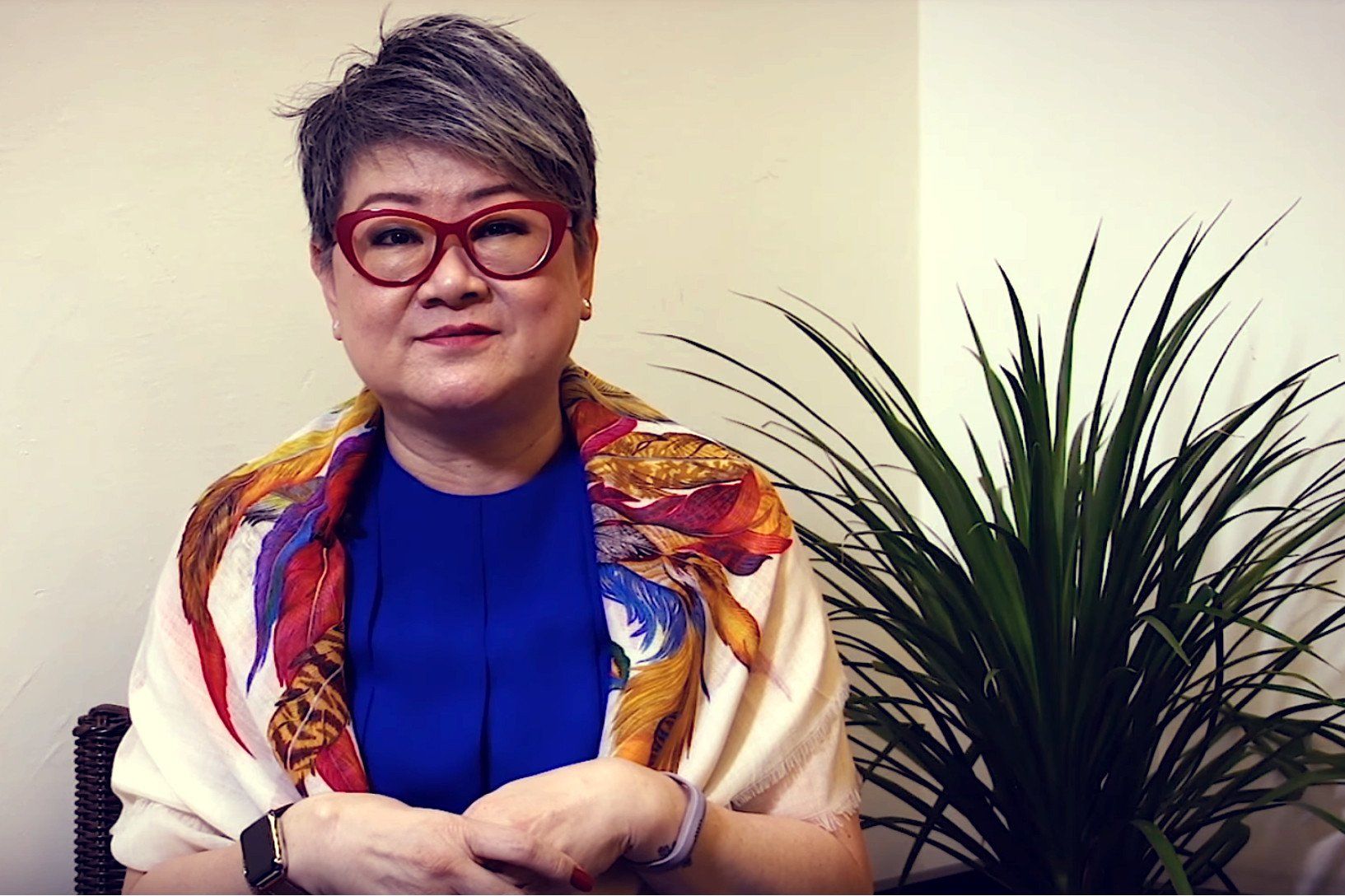 “Have Intentionality In Your Daily Life”, says Kim Underhill