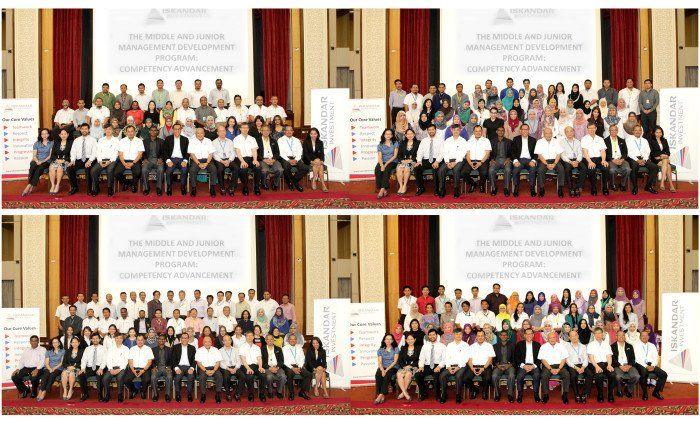 As a young and progressive organisation Iskandar Investment Bhd (IIB) is serious in its commitment towards employee and talent growth, especially so with the rapid development of Iskandar Malaysia.

The programmes are designed to complement IIB’s core values – TRIPP: Teamwork, Respect, Integrity, Innovation, Progressive and Passion – which have been supporting the company to mould its dynamic culture and its people, the Iskandarians.

In his speech Datuk Syed Mohamed Syed Ibrahim, president and CEO of IIB, said, “We want Iskandarians who are not just committed and embracing all the core values as enshrined in TRIPP but also possess the core competencies.
“We also want them to be able to think analytically and continuously contribute towards raising the performance and achievements of the company.”

As IIB moves up the value chain in delivering the expectations of its stakeholders and ensuring sustainable and profitable company growth, as well as play a key role in transforming Iskandar Malaysia into a liveable city, there is a need to develop leaders who are able to navigate the team and the company towards realising this.

“We are serious about developing and preparing you as the future leaders. Your own success rests on your shoulders,” stressed Syed Mohamed.

IIB has a history of hiring some of the most talented individuals in this country as it attempts to be the “agent of change” in driving development and growth in the Iskandar Malaysia region in Johor.

In mid-2005, plans were set in motion to transform 550,000 acres of land, roughly three times the size of Singapore, into a regional metropolis of international standing within 20 years.

The land was initially referenced as South Johor Economic Region (SJER). In late 2006, Iskandar Investment, then named the South Johor Investment Corp, was incorporated as the commercial investment holding company created to oversee and encourage regional development within a 8,900 acre landbank at the heart of the region.

Iskandar Investment’s first major task was to oversee infrastructure planning and master planning of Educity, which at 600 acres was Malaysia’s first multi-campus education cluster, and Medini, a 2,230 acre landbank intended to be the CBD of Nusajaya, the city at the heart of Iskandar Malaysia.

Today, the talented IIB team has built and developed a world-class infrastructure there, including the upgrade of major roads leading to Johor, the creation of connector roads, state-of-the-art utility pipes, sewerage systems and security networks.

IIB and its talented workforce will continue to play a “catalytic” role in the transformation of the region and IIB is committed to ensuring its talent are world-class.

Talent has always been a key priority in IIB’s radar. “It is our aim to see IIB to be a model and a benchmark in all aspects namely financial, operational and also a highly preferred company to work with. We also want IIB to be ranked in the top rung of the most admired companies in the region,” Syed Mohamed added in his speech to employees at the launch. 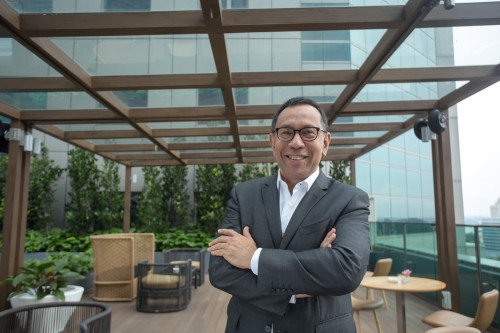 Roshan Thiran, CEO of Leaderonomics Sdn Bhd briefed some 90 participants who would be going through the JMDP and MMDP programmes on the importance of leadership.

“Leadership is a critical asset that many organisations lament and mourn that they lack, yet don’t take steps to develop. Leadership is the key element that determines the success or failure of your project, organisation and even the nation,” stated Thiran.

Thiran went on to brief the participants that learning to become leaders is hard work and very painful. It is a slow process that requires significant amount of practice, coupled with learning from failure. Nobody becomes a leader overnight.

Leadership can only be developed through experiences and failures. One cannot send a person to a three-day classroom programme on swimming and expect him/her to become a great swimmer. To learn to swim, one needs to practise in the pool.

No matter how much you listen, read or watch about swimming, without pool practice, you won’t be able to swim.

Similar to the swimming analogy, Thiran made a point that real learning happens when applied in the workplace, and not by attending class.

Based on that, the JMDP and MMDP programmes have been structured to ensure that it is not just classroom-based. It incorporates elements of context, experiential learning and application in the workplace.

Although the programmes were challenging, the participants were very excited with the prospect of being developed.

According to Mohd Nordin Jamaludin, the head of Human Capital Management (HCM) at IIB, “These programmes have been painstakingly customised based on IIB’s Competency Framework, Core Values and observations from the Talent Assessment Centre exercises conducted in 2012 and 2013 respectively.

“The modular management development programmes are developed to produce quality leaders who will take IIB to greater heights. The company is now entering its second phase of its business model, focusing more on value creation whilst still upholding its mission of being a catalyst of change.

“The HCM department recognises the significance of developing IIB’s human capability to reach its maximum potential and has been planning strategic programmes to imbue growth in performance, soft skills and competencies.”

He added that participants understood that going through pain was critical for their growth and development and look forward to gain knowledge from this to become better leaders and contribute towards transforming the nation.

IIB’s continuous pursuit in human capital development has not gone without recognition. Recently, it was awarded the Best Companies to Work for in Asia Awards 2014. IIB stood tall among only 40 selected organisations from Malaysia.

The awards, organised by HR Asia, a leading publication for human resources professionals in Asia, saw 220 companies vying for the best workplace in Malaysia and Asia title.

The award is based on a proprietary survey developed by HR Asia in collaboration with Mercer (knowledge partner) and encompasses employees’ feedback and input, and management comments and presentation.

In total, 6,000 Malaysian employees were surveyed to determine their intention and motivation, emotional engagement and advocacy of their respective employers.

Karen Neoh is editor of leaderonomics.com. She is reminded that the most painful experiences that she went through had a significant impact on shaping her to become the leader she is today. She is glad that organisations like IIB are encouraging their employees to embrace the pain of learning and growth. You can reach her at editor@leaderonomics.com 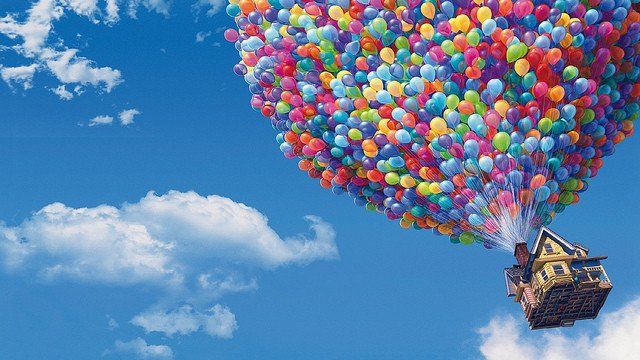