Does Your Organisation Abide By The Principles Of The Rukun Negara? 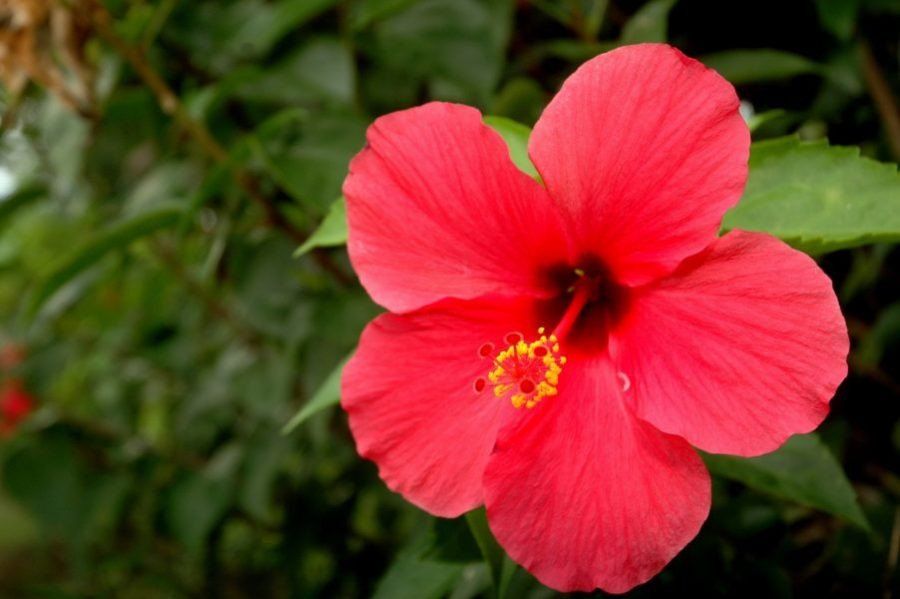 Pop quiz: See if you can recite the five principles of the Rukun Negara without reading further. Growing up, this was the mantra that was recited during school assemblies; it was printed at the back page of every exercise book I ever owned.

It is only now as an adult that I truly appreciate the value of these principles and how it has shaped us as a nation.

The Rukun Negara was crafted in 1970, as a set of national principles to give Malaysians a common code of conduct. This was triggered by the racial clashes that took place on May 13, 1969.

Following the riots, the government imposed curfews and declared a state of emergency nationwide, invoking the 1948 Emergency Ordinance.

Parliament was suspended and the National Operations Council (NOC) headed by the then Deputy Prime Minister, Tun Abdul Razak, served as the temporary government of Malaysia.

It comprised many legendary leaders who saw fit to ensure that Malaysia remained a nation united and focused in times of adversity.

This draft was then deliberated by the NCC which comprised of community leaders, businessmen, academicians, religious leaders, teachers, journalists, and politicians from the government and the opposition.

After discussions and amendments, the Rukun Negara was formally announced on August 31, 1970.

While the initial intention was to hold a young nation together, it is a timeless creed that still holds true today.

Given the spirit of ‘New Malaysia’, the idea that we can agree on a common set of principles is very critical in holding us together in the coming years.

In times of change and uncertainty, we have to look at what we can agree on and stay true to those ideals.

In a corporate setting, this is equally true as workplace changes are coming faster and with greater complexity than ever before.

Consequences are not just about role changes; these often lead to loss of jobs given the advancements in technology and artificial intelligence.

So where does it leave people if we do not take on a unified approach in facing these challenges?

Let’s take a closer look at the Rukun Negara to see how we can better prepare ourselves to embrace change. 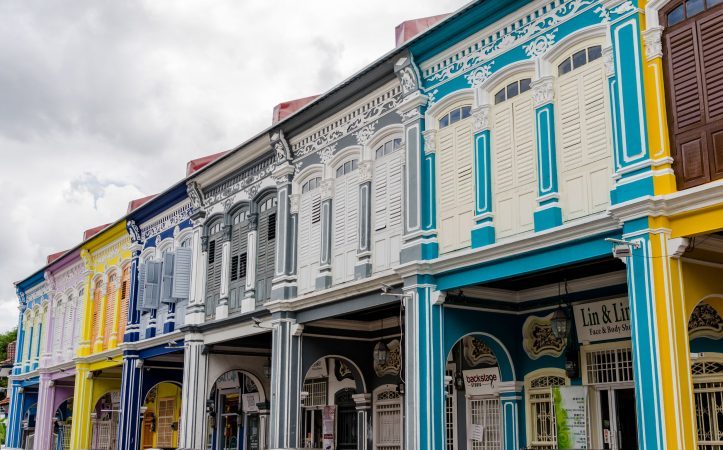 Most Malaysians do have a strong belief in God and this probably comes from our past, where our ancestors made the ultimate change in life – leaving all that was familiar to seek opportunity to trade and build a new life based on stories of this land.

The huge leap of faith comes with the belief that as humans we can prepare and do our best, but the results are in the hands of our Creator.

This principle helps us manage disappointments and not let successes get to our egos as we navigate through the decisions related to making significant changes in our lives.

A focal point for emotions when we feel lost is leadership. This helps channel positive momentum towards change.

Sincere loyalty towards the Rulers and the nation will in effect unite various races into an integrated nation and likewise, various employees towards a common goal.

Leaders should also recognise the power they hold and exercise their duty with dignity.

‘Yang menurut amanah’ (in doing my duty) is recently the more favoured sign-off term rather than ‘Yang menurut perintah’ (in following orders) for official government correspondences, signalling the need for all parties to play their role effectively and not indulge in blind faith in leaders.

Fidelity is not ‘blind loyalty’.

Citizenship gives one a sense of belonging to the country.

Again, the balance of privilege against responsibility is also true in the working world.

Each of us ought to know our roles clearly and execute our tasks in good faith towards a common purpose within an organisation.

The period of organisational change can be a daunting time and the idea is to keep pushing on so that at the end we realise the fruits of our labour together.

If we are not prepared to play our part, then society cannot function, and likewise, an organisation will be unable to move forward and adapt to change.

Justice is based on the sovereignty of the law. All citizens are equal in the eyes of the law.

Fairness in treatment and accountability towards set standards help create social order and a sense of common right and wrong.

When these standards are breached it cannot be swept under the carpet.

If not checked and rectified through agreed rules, then it creates a climate that is not conducive to driving change.

People will stop focusing on common goals and start looking towards individual agendas, which ultimately leads to lack of clarity and direction.

This can seriously jeopardise efforts to change and transform.

Each person or group of people is required to handle their own affairs by ways which do not contravene morality.

Being courteous also carries a high degree of morality in our individual and public lives.

The most extreme of views or decisions can be softened when delivered with a healthy dose of courtesy, respect and empathy.

When looking at a nation’s or an organisation’s journey, there are bound to be views that will differ and we ought to recognise that this is healthy as long as it surfaces in open, honest communication.

This helps us appreciate the other person’s point of view and perhaps persuades us not to hang on too tightly to our own views.

Courtesy and morality foster genuine understanding, which is the antidote for conflict and mistrust.

Many organisations have code of conduct statements and core behaviours to define their culture and what they stand for.

As a Malaysian, I am proud of our Rukun Negara and what it stands for as its application remains relevant and cuts across many dimensions of society.

Its impact is as profound today as it was when it was first launched.

It’s an aspiration for me as a Malaysian to live towards and I truly believe these principles will continue to bind us as a nation – now and in the future – to face any adversity which will require us to adapt and change.

Rupa Sivanoli is a faculty member of Leaderonomics and is passionate about driving change in New Malaysia in a structured and sustainable way. To get in touch with Rupa, send an email to editor@leaderonomics.com. 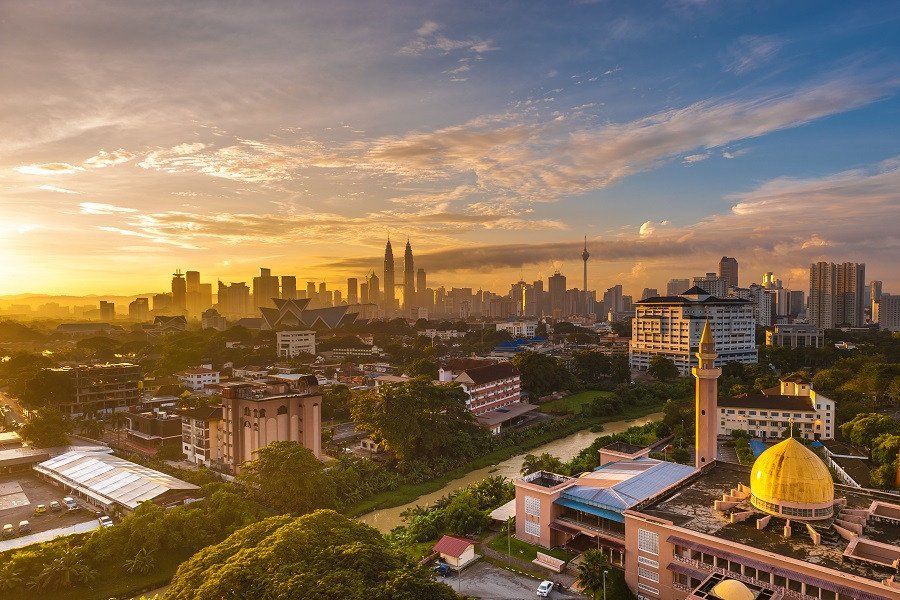 8 Reasons Why You Should Be Proud to Be Malaysian

Rupa Sivanoli is the CEO and Founder of Talent Tribe Solutions. Rupa has over 25 years of work experience in the consulting and services sector. Her 12 years in consulting lies predominantly in change management, project management, HR assessments, talent development, employee engagement as well as diversity and inclusion. She has served within the Big Four international consulting firms, in senior managerial roles leading projects focusing on a variety of operations and strategic improvements. Subsequently, she served 5 years in an Asia Pacific shared services center working as a Senior Manager in operational and human resource roles within a German based Fortune 500 company regarded as a world leader in the chemical industry. She is passionate about change and transformations be it organisational or personal and believes its all starts with self discovery. Upon knowing one’s gifts (strengths), individuals are empowered to make great contributions to organisations and communities. This led her to becoming a Gallup Strengths Coach who has coached senior leaders from various industries.