Do Your Employees Actually Understand The Company's Purpose? 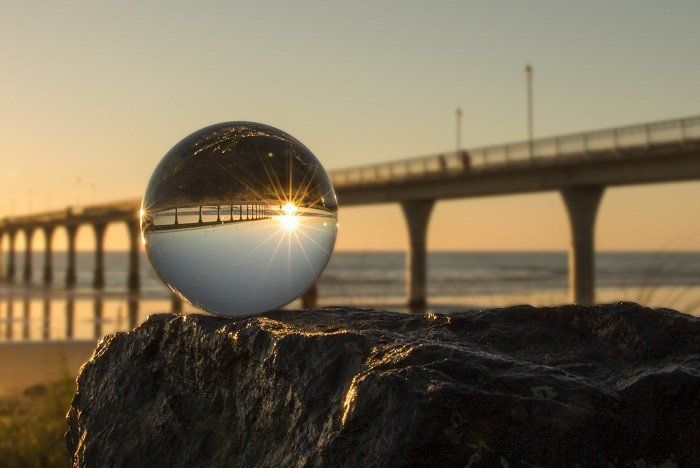 We have all heard the astounding stories of employees going the extra mile. One example comes from the book How Google Works by Eric Schmidt and Jonathan Rosenberg.

In 2002, on a Friday afternoon, the chief executive officer of Google, Larry Page, googled “Kawasaki H1B.” In the place of ads for motorcycles, there were ads for lawyers selling their services with a specific focus on H1B immigration visas, a type of non-immigrant visa in the United States. Page simply pasted these, along with other poor ad results, on a board and left for the weekend.

On the following Monday morning, the engineering team at Google sent an e-mail saying they saw the note, explained why the error had occurred, provided a solution, and had a prototype in hand. What’s even better is that these engineers were not even from the Google AdWords team.

What caused this amazing feat of employee performance? Was it the free food and ping pong tables? Probably not. Was it Google’s culture? No doubt, but there is another aspect driving the tenacity of the Google workforce.

This competitive edge is Google’s purpose.

The mission at Google is clear: “organise the world’s information and make it universally accessible and useful (emphasis added).” In the aforementioned example, the engineers understood that the information provided by Google (i.e. the ads) is not useful in its current state and they thus went on to provide a solution, which fits in with the organisation’s purpose.

Google’s story and similar accounts from other companies have made purpose a hot topic in human resources (HR) management. But anecdotes aside, research lauds purpose as a powerful purveyor of positive outcomes. For example, a study conducted by Calling Brands indicated that clear organisational purpose ranks just behind compensation in importance for employees.

Given the power that purpose holds, here are a few tips about how to instil purpose into your workforce:

There may be a tendency to want to throw together a purpose that sounds good enough. It shouldn’t be surprising, however, that an unfocused purpose makes it difficult for employees to focus on what is important.

In an article on Harvard Business Review, Graham Kenny outlines the difference between purpose, vision, mission, and values. But don’t get too into the weeds trying to follow these strict definitions. The key is infusing your employees with commitment and helping them identify with your company. To do this, look beyond money.

The Calling Brands survey found that 64% of employees feel more devoted to a business that has other values besides increasing shareholder value. Furthermore, almost half of today’s workforce would take a 15% reduction in pay if it meant working for an organisation that would have a valuable impact on the world, according to a study by Net Impact.

Another tip when defining your organisation’s purpose is to make sure your employees are considering the true impact of their work and are not just talking about their individual tasks.

Interview employees and ask them about the impact their work has on their team and the organisation but put a special emphasis on the impact to the organisation’s stakeholders (e.g. clients, patients, the world, etc.).
Think about how a football player with the game winning goal in overtime would describe his role. When asked about his job, would he say: “I try and kick a ball into a net”?

Ensure that the identified organisational purpose is engaging 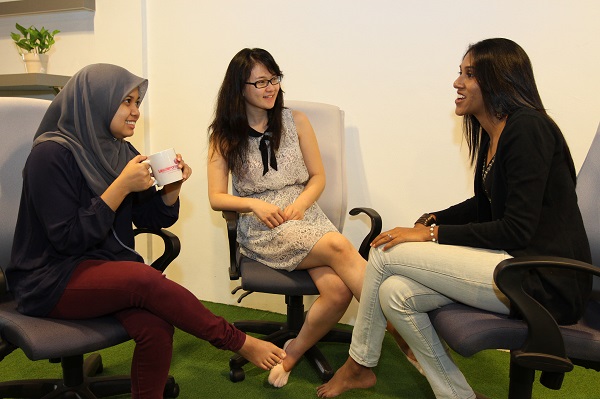 A great example of developing an engaging purpose comes from accounting firm, KPMG. KPMG conducted employee interviews by first asking the question, “What do you do at KPMG?” This then evolved into an initiative where employees created digital posters similar to corporate posters.

These KPMG posters didn’t emphasise specific accounting tasks, but rather, reflected the transformational effect that their services had.

This is more than just using your e-mail signature line, and it would require more than merely putting up posters above the photocopier machine.

After all, identifying with a purpose isn’t just about employees memorising trivia on what is important in an organisation; rather, it is about explaining the origin of the organisation and providing real stories to employees that demonstrate the organisational purpose in action.

KPMG made a large investment in making their purpose engaging. But, was the investment worth it? KPMG shot up 17 spots on the list of Fortune magazine’s 100 Best Companies to Work For and 76% of their employees (even more than the previous year) stated that their job meant something to them.

Send a consistent message about your organisation’s purpose

An employee that feels as though his/her work is tedious and of no meaning, and sees the opposite right next to them in the workplace is like being all alone at a party—everyone is having fun but that particular employee.

These types of situations can take place when the message about your organisation’s purpose is not consistent, and it is disastrous for motivation. If the company’s leaders tout a higher purpose, but the direct supervisor tells his subordinates not to believe the hype, the whole process could backfire. Instead of a fully engaged workforce, you may possibly end up with pockets of cynicism.

Here’s an example. KPMG made an observation on the differences between leaders who do and do not communicate the company’s purpose to employees. Groups with leaders who discuss the organisational purpose are almost twice as likely to strive for continuous improvement and are three times as likely to not look for another job. Surveys aside, the actual turnover is almost twice as much in the groups with leaders who did not discuss the organisational purpose.

Evidently, identifying and instilling a sense of purpose within your organisation has tremendous benefits. However, it is not an easy task. The purpose has to be genuine and inspiring to employees at all levels.

Then, it has to be shared in such a way that each employee understands his or her role in fulfilling the purpose every day. When this is executed well, the organisation’s sense of purpose not only improves employee outcomes but also improves overall productivity and quality.

Purpose is more important than having a ping pong table 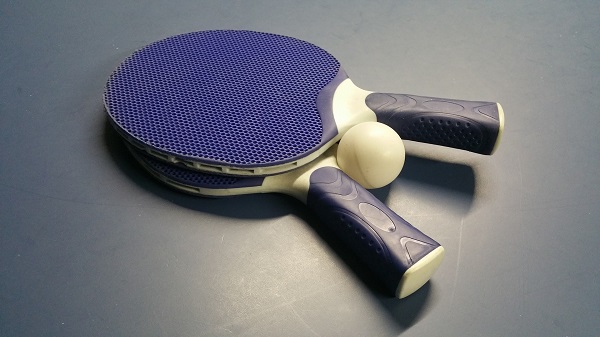 When we think about purpose in the workplace, we can’t help but remember a visit we made to a medical devices company to discuss their employee engagement. Upon receiving the invitation, we did a bit of background research to understand the firm’s business and context.

In this case, we were impressed with the stirring videos on the company’s website that explained how their products and services could improve people’s health, and which effectively illustrated the tremendous difference their products make in people’s lives.

Upon arriving at their office, we were impressed by the luxurious modern building and, in particular, the lovely office waiting area with displays of artistic applications of the company’s technology.

After the initial introduction, the HR team gave us a tour which included a wall of photos about the company’s annual corporate social responsibility events which focused on the environment and outdoor activities. The faces smiling back at us proved that everyone was having a great time.

The HR representatives were eager to show us the employee hangout area which reminded us of a fun gaming room in a college campus. We walked around the ping pong table and marvelled at the outdoor space that boasted an authentic grass lawn, which sat on a terrace that was 20-storeys high! One of the walls was covered with murals that had been painted by each of the local teams in an effort to build team pride.

A great but silent space

Unfortunately, no one was using this great space. It was silent.

After leaving the common spaces, we were shown the employee work areas, but the HR representative warned us to keep quiet because the work was important and required attention to detail.

Similarly, the work space was nearly silent, but there were no brightly coloured murals on the walls. Instead, the space was divided into grey cubicles and most of the windows were covered with paper to keep the glare off the workers’ screens. The atmosphere was tense and gloomy.

One of the few experienced workers was asked to show me a bit about what they did. In a whisper, he explained how they created customised medical products for people all over the world. I realised that my own father had likely benefitted from their work. I almost came to tears as I explained the connection and I thanked this employee for his work.

After the tour, we had lunch with the HR team and they told us about the high turnover they were experiencing. Staff were leaving due to very small pay differences. They also explained that management had just increased the productivity targets for staff and that they expected that many employees wouldn’t be able to hit these targets (and be let go) or that many would quit out of frustration.

They were eager to hear about leading practices in employee engagement—specifically Google and Facebook. While we understood their desire to benchmark themselves against other successful companies, we asked if they had shared the videos from their corporate website with their employees.

Their response: They hadn’t. We asked if they had considered sharing their patients’ success stories with employees. Once again, their response was they hadn’t, and they couldn’t understand why they should.

So, we began by explaining why purpose was more important than ping pong tables.

Engaging with employees is key to employee retention. Watch this video and see how technology can gather data for your organisation.

If you enjoyed the video above and would like to know more about this amazing employee engagment app - click here or email info@leaderonomics.co 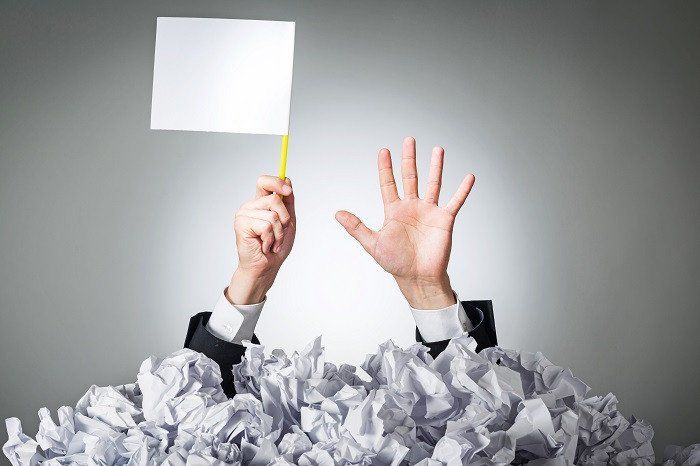 Kodak Vs Fujifilm: The Truth Behind Their Success And Failure

David Dubin
David Dubin, Ph.D. is the managing partner of Dubin Advisory Group, a US-based consulting firm focusing on assessments, surveys, and leadership development. He is also a licensed psychologist and has presented at universities, conferences, and organisations across the United States and Europe on leadership, personality, legal issues in HR, pre-hire assessments, and computer adaptive testing.