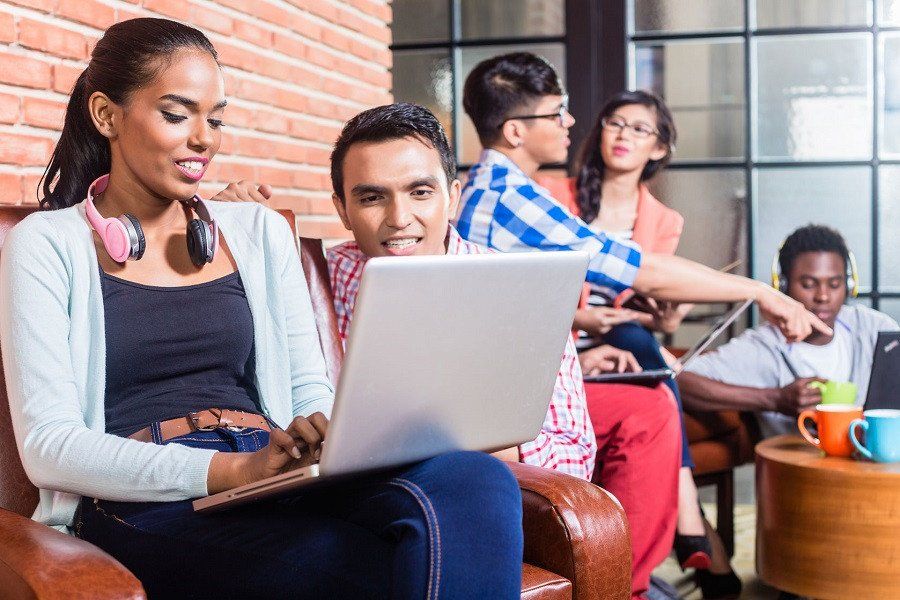 While in a Monday lecture, my lecturer poses the question, “What comes to mind when I say diversity?”

Holding in a chuckle, my first thought was that of a generic university brochure showing a group of multiracial students seated together in a park on a sunny day.

Ironically, having been in Sheffield for the past year, the sun rarely makes an appearance, if at all. However, in all seriousness, is diversity being implemented in businesses because it is the right thing to do, or is it merely because it is a fad?

In recent years, businesses have been seen to emphasise workplace diversity with it being more quota-dependant rather than contribution-dependant. That being said, it is likely that more women are hired merely to reflect a more diverse workforce but this still differs greatly across industries and companies.

This emphasis on workplace diversity could also be attributed to the very public cases of discrimination we see in the media.

A high-profile case that garnered massive media attention was that of Merrill Lynch in 2013. Merrill Lynch, one of the largest brokerage firms on Wall Street, settled a racial bias lawsuit that amounted to US$160mil in losses. This did not even include resources lost in terms of time, emotional distress and professional standing.

Diversity and inclusion are phrases that go hand-in-hand, and organisations need both in order to succeed.
Diversity would reflect the ways in which individuals differ. Inclusion involves the harnessing of these diverse resources.

In other words, diversity is when you’ve been invited to a party, while inclusion is the invitation for you to have cake at that party.

Businesses that embrace diversity are said to be better equipped to remain competitive and current in the modern workforce.

Diversity is when you’ve been invited to a party, while inclusion is the invitation for you to have cake at that party.

In a diverse team, individuals with varied talents and backgrounds work together towards a common goal. With so many diverse minds coming together, more heterogeneous solutions and ideas will be brought to the table, and that plays a role in increasing creativity and problem solving abilities.

Besides that, a diverse team will more likely encourage dissent among its members, which discourages groupthink in the process. Diversity accounts for nothing when inclusion is not the end goal, and that is why most diversity programmes are not actually increasing diversity.

A 2009 article in the Annual Review of Psychology that looked at various reports on reducing prejudice through diversity training showed that these trainings did not bring about lasting effects.

This was attributed to the fact that diversity training tends to favour negative reinforcement. With that, it focuses on the negative implications of discrimination rather than the potential positive implication – if practised.

As such, people often feel that it is something that is implemented for the sake of it and are unaware of its latent potential to enable individual, as well as organisational, growth.
This might interest you: Taking The 1 Out Of Malaysia

Millennials – also known as Generation Y – are those born between 1981 and 1997. Generation Y, with myself included, has been labelled a bunch of lazy, entitled and compulsive job hoppers, and on a personal note, I feel offended.

It is naïve to assume that the workforce remains the same despite advancement in technology and globalisation.

Take a minute and look around you. Today, you split your work between this desk, your client’s desk and if you’re lucky, even from the comfort of your own bed. Your meeting scheduled for this afternoon will be on Skype, seeing as how your manager is based across the globe.

It is naïve to assume that the workforce remains the same despite advancement in technology and globalisation.

The 21st century no longer subscribes to the practices of a nine-to-five job with stringent work settings. This is the new world of work and you best be ready for this change or you are already too late.

This does not apply to all industries, of course. But without a doubt, industries such as the medical field will face its own changes in due time.

New forms of leadership are beginning to emerge as workers seek more independence – and engagement – in their work.
A collaborative environment encourages inventive and pioneering habits; collaborative leadership, meanwhile, is powered by the collective team.

By pushing for equal input from across and within levels, collaborative leaders take the team approach to problem solving, having acquired solutions from all parties. The collaborative leader does not depend on power play whereby information is closely held by those at the top of the food chain.

Instead, they work on brainstorming, and being open to opinions from everyone. Besides that, collaborative leaders encourage teamwork among colleagues in sharing information, resources, time and effort.

Transformational leadership has undoubtedly reigned supreme as one of the most progressive forms of leadership, with the likes of Barrack Obama and Sir Richard Branson as examples.

Their inspiring visions and focus on their people have helped in achieving their goals and dreams. On the flipside, transformational leadership has also been likened to a cult, as followers may be blindly following a leader due to his or her charisma and visions, with the likes of Adolf Hitler as an example.

Rather than trying to change the incoming workforce, it is essential to embrace necessary changes and prepare for it. In understanding what your company stands for, you will be better equipped to implement changes in leadership and training for inclusion.

The leadership landscape is rapidly changing. It is critical for leaders to develop individuals and corporate solutions that are practical, sustainable and profitable. Leaderonomics’ Outward Looking Leadership programme empowers leaders and organisations to grow their leadership capacity to respond to tomorrow’s opportunities. Expose your organisation to this innovative programme today by contacting training@leaderonomics.com

Raise Your Game: To Retain Your Employees, Retrain Yourself To Have Empathy

Stephanie Ling
Stephanie is currently pursuing her masters of organisational psychology at the University of Sheffield. Being a firm believer in a person’s potential, she hopes to help others use that potential to make a difference in their own lives.