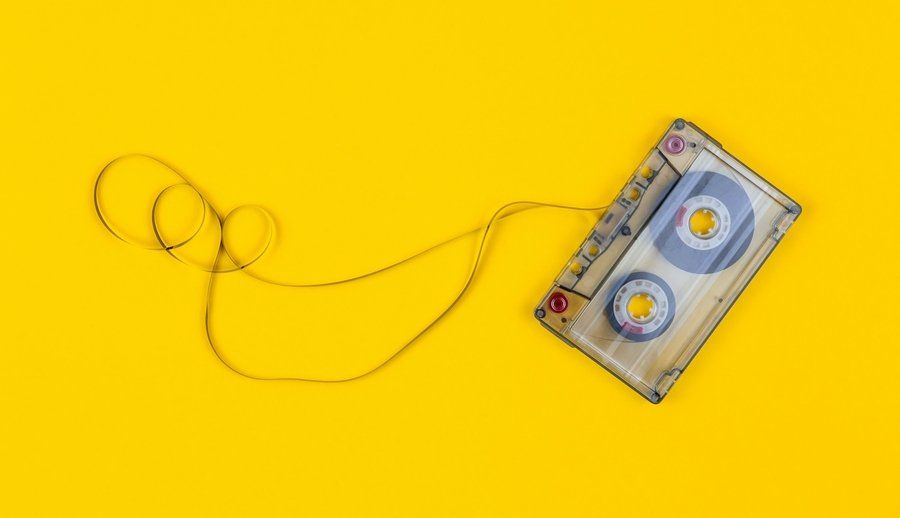 Photo by Volodymyr Hryshchenko on Unsplash

If You Are Not Paranoid, You Are Dead!

Past 10 years marked the Beginning of Disruption. Next 10 years may as well lay the foundation of universal decimation. Decimation of conventional business models and belief systems. Decimation of not just organisations and sectors but the very value systems, culture and principles that governed this era of 300 years.

I consciously choose the word decimation because the pace of disruption will be ferocious; leading to mass scale erosion of conventional socio-economic models, values and principles. Lenin once said, "sometimes nothing happens for decades and some decades happen in days". I believe we are living in one such time where Covid19 has not only accelerated the pace of technology adoption, it has broken the chasm inside the chasm; the last mile resistance, overcoming all possible challenges at organisation, policy and personal levels. To help you draw your inferences I have listed seven evidences, backed by extensive research, supporting this perspective.

AI - The super catalyst (Evidence No. 1)

Artificial Intelligence (AI) is akin to steam engine and electricity, the powerhouse in revolutionizing and replacing the 10,000 year old agrarian era. Artificial Intelligence is more than a technology, it is the central nervous system of the internet augmenting and complementing every new technology of the future. It’s self-learning and self-improving capacity will not only replace but supersede the human prowess and its intellect capability. To put it in the words of noted author James Barrat “AI will be our final invention, after this AI will invent everything else”. AI has already moved from Narrow Intelligence (ANI) and transitioning its journey from General Intelligence (AGI) to Super Intelligence (ASI). The most explosive phase of future innovation.

Convergence of technologies - a new planet in the making (Evidence No. 2)

While the seeds of industrial revolution were sowed in 18th century, the biggest socio-economic impact happened with the convergence of technologies during the 20th century. Similarly, while 1970’s marked the beginning of information technology, the convergence of technologies in the next 10 years will create the biggest socio-economic impact. Innovations around AuT (Internet of Autonomous Things), Nanomedicine, Nanobots, Gesture-Computing and SpaceX will not just alter the business matrix, it will significantly disrupt the way we live and perceive LIFE.

Recent rate of change is not even 1% of immediate future (Evidence No. 3)

10 years ago, one never heard of iPad, Uber, Netflix, Instagram, Android, Zoom, Twitter; today, they are ubiquitous. A prognosis made in early 2000 of this nature would have been derisively ridiculed by one and all. Today, they are an extension of our lives and character.  If recent 10 years can bring in such a dramatic impact in the way we conduct, connect and transact, imagine the next 10 and the next 20. In Salim Ismail’s word, author and founder of Singularity University “The change we experience in recent years is not even 1% of what is expected in the near future”.

Being paranoid is a necessity (Evidence No. 4)

10 years ago, it took generations and billions to be the world’s largest. Today, “teenage” companies with “no physical assets”, literally “no resources”, armed with “just an idea as a solution” are the “world’s largest” hotel chains, taxi operators, payment gateways, media house, retailers and more. Every business model and industry is under perpetual threat from anyone, anywhere, anytime. Known Unknowns are relatively easier to manage, this is the era of Unknown, Unknowns. They know no boundaries. They can emerge from the crater of the earth or fall from the skies. Disruption is lurching around every corner and capital is in abundance.

Read more: You Need To Love Innovation, Or Die!

China’s superpower dream hinges on AI and automation (Evidence No. 5))

As per PwC report, AI industry is expected to add $ 15trn to global economy, this translates to 15% share of global GDP. No doubt China’s global supremacy and economic powerhouse strategy hinges on targeting a 50% share of this Digi-nomic growth. China is no longer interested in its manufacturing supremacy model. It sees itself as the future AI and automation led innovation hub of the world; the basic premise on which America achieved its superpower status in the 20th century. 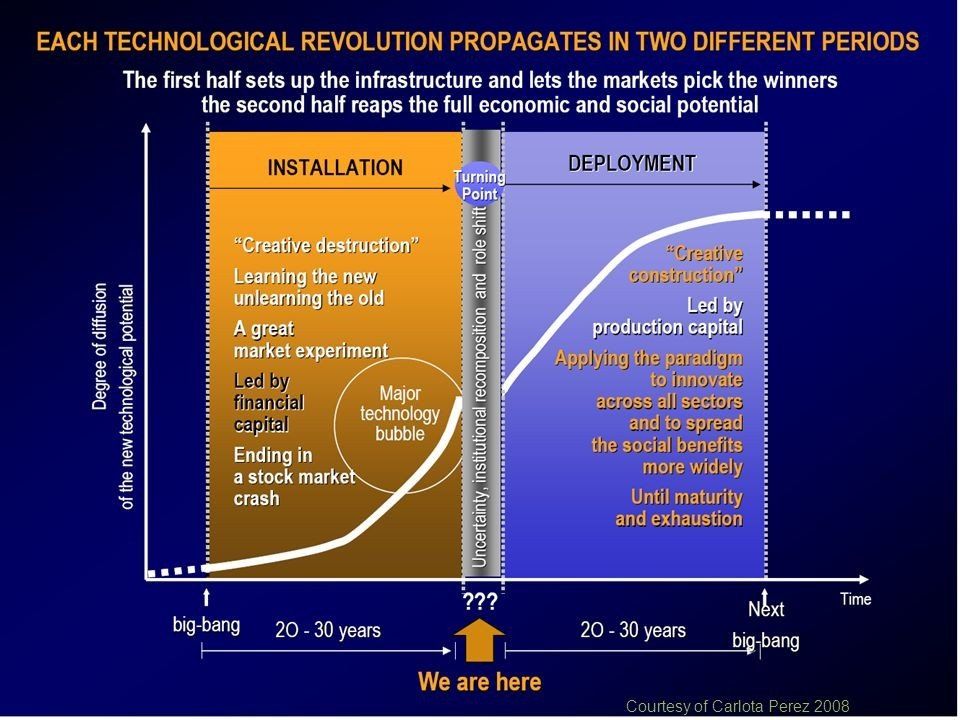 Theory of super cycles and technological innovation (Evidence No. 6)

To evaluate technological evolutions and its socio-economic impact we need to take help from noted scholar Carlota Perez. Inspired by the theory of super cycles from Russian economist Nikolai Kondratieff; Carlota, developed a model on “Lifecycle of Technological Evolutions”. As per this model, every innovation has a super cycle divided into 2 phases; The Creative Destruction period where the evolution is a “Small Fact and Big Promise”, followed by a cycle of Creative Construction where the earlier promise turns into reality. As per this model we are now transitioning into phase II, the “Golden Period” of technology adoption cycle. 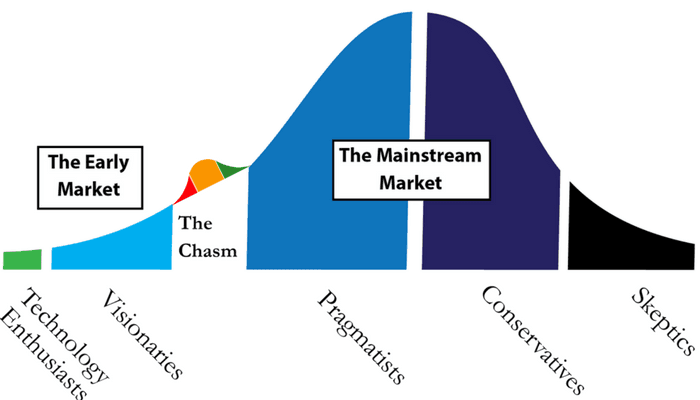 Covid 19 has broken the “Chasm Inside the Chasm” (Evidence No. 7)

“Crossing the Chasm”, a concept introduced by Geoffrey Moore, is the most painful journey for any new idea, product or technology adoption. It is the tipping point between early market and mass acceptance. I call this as the Valley of Death, where brilliant ideas and innovation either perish or prosper. In a technology evolution cycle this could take anywhere between 10 to 30 years. Covid 19, has not only crunched this timeline to 9 months, it has overcome the Chasm Inside the Chasm- the phase of complacency, ridicule and criticism.

Times like these, when decades happen in days, it gives little time to react. All the seven evidence’s point towards an era of disruption lead decimation or one can say decimation due to the lack of disruption. Organisations that think and act like the ones designed for 20th century are bound to fail. The only option is to either be the company that destroys “you” or concede to the one’s that will. Either way decimation is inevitable and 2021 is just the beginning.

This article was also published on Raj Grover’s LinkedIn.

Editor's Note: This is the first part of the author's 3 part series on leading and winning in disruptive times. Mr. Raj Grover's second article is "Reinvention for A Disruptive Era" and the third article is "Transformation of Body, Mind and Soul of Organisations"

Whilst we are on the topic of technological innovations and Artificial Intelligence ("AI") - why not check out our AI powered learning app, Necole. Necole is a state of the art learning platform that curates personalised learning just for you. Watch this video!

To find out more about Necole, click here or email info@leaderonomics.com. 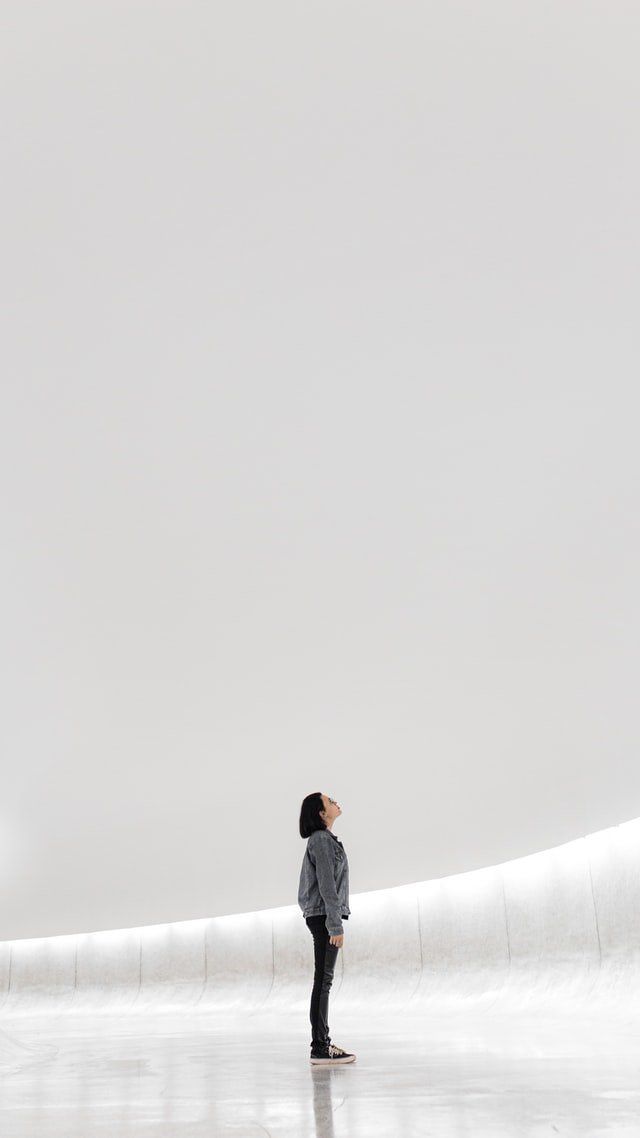