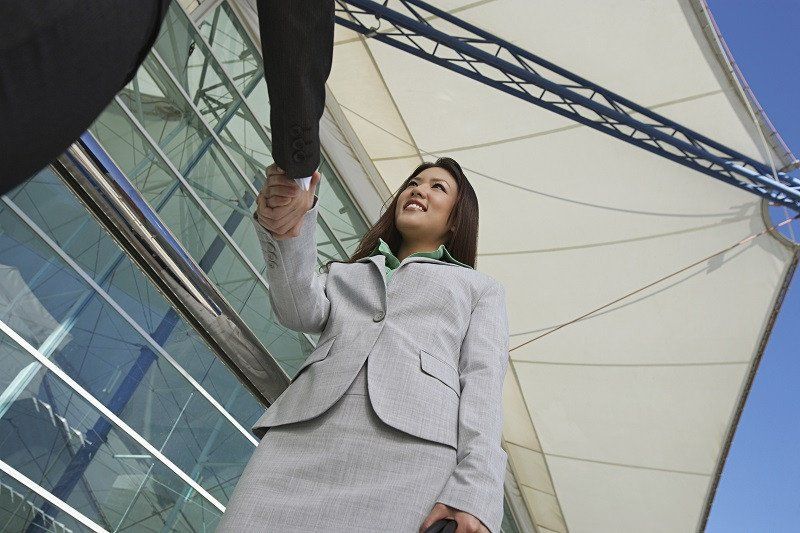 The Gift Of Connection

After buying his first two-cylinder car, Frederick Henry Royce was disappointed with the vehicle’s performance.

The creative engineer decided to take matters into his own hands, improving existing parts to make the car run better. In time, he began to make his own two-cylinder, 10-horsepower cars.

Royce’s innovations soon caught the attention of a London-based French car dealer, Charles Stewart Rolls, and a meeting was arranged for the pair to meet in 1904.

Upon meeting, Rolls was impressed by Royce’s creativity and perseverance; the two men discussed combining their talents, and later shook hands on establishing a partnership.

In July 1957, a group of young musicians were preparing for a local gig when a mutual friend introduced a guitar player to the band’s leader.
After the band’s performance, the guitarist captivated the group with his talent and knowledge of music.

The band’s leader asked the young guitar player to join the band. Paul McCartney accepted John Lennon’s invitation and, just a few years later, their music went on to change the world and influenced many other iconic artists that followed.

In 1971, Bill Fernandez thought of introducing two of his friends to each other on a hunch that they would hit it off due to their love of technology and playing pranks.

The hunch turned out to be right and soon after, the two new friends would spend time together without Bill. They began working on tech projects, pranks, and other ideas.

In time, they began to work together professionally. Bill Fernandez would become one of his friends’ earliest employees in a company called Apple, founded by Steve Jobs and Steve Wozniak. 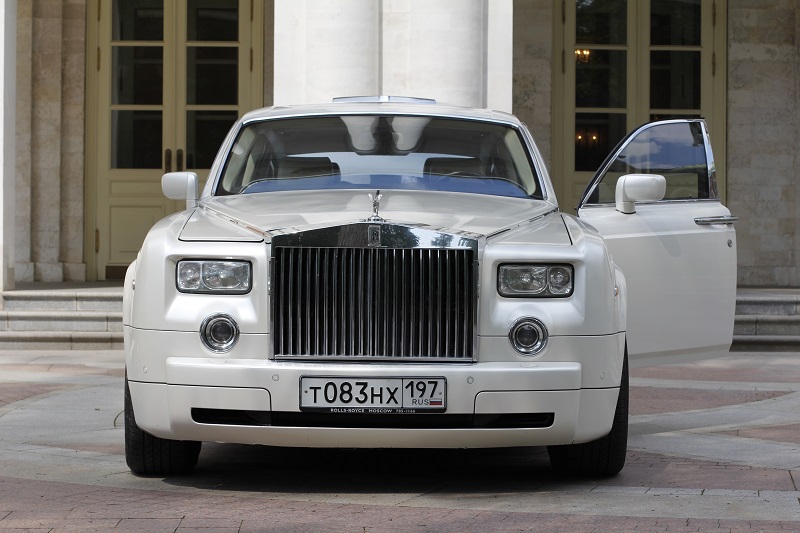 Recently, I’ve been thinking about some of the big success stories and how they came about.

The examples above – just three of many – are iconic success stories: who hasn’t heard of Apple, The Beatles, and Rolls Royce?
While there have been many stories and theories written about why such people succeed, there seems to be one element that’s often overlooked: connection.

In each of the three stories, two people were brought together by a mutual friend or acquaintance. If Bill Fernandez hadn’t bothered to introduce Steve Jobs to Steve Wozniak, how might have that one decision affected the course of technology? Both men lived in the same neighbourhood, so maybe they would have discovered each other anyway. Or perhaps not.

What if McCartney had decided to stay home on that day in 1957 when “The Quarrymen”, led by Lennon, played their gig in Liverpool? What if their mutual friend hadn’t made his introduction? Given the many iconic bands that were since influenced by The Beatles, how different would music and popular culture be today?

Of course, if events had played out differently in each case, things might have worked out even better, or unfolded in a similar way regardless.
But each of these pairings had unique characteristics and traits, shared interests, and an intense creative chemistry.

Each became an unparalleled success story, defining their industries for decades and creating bold legacies that would remain strong long after the first handshake.

And all of it began with a connection. 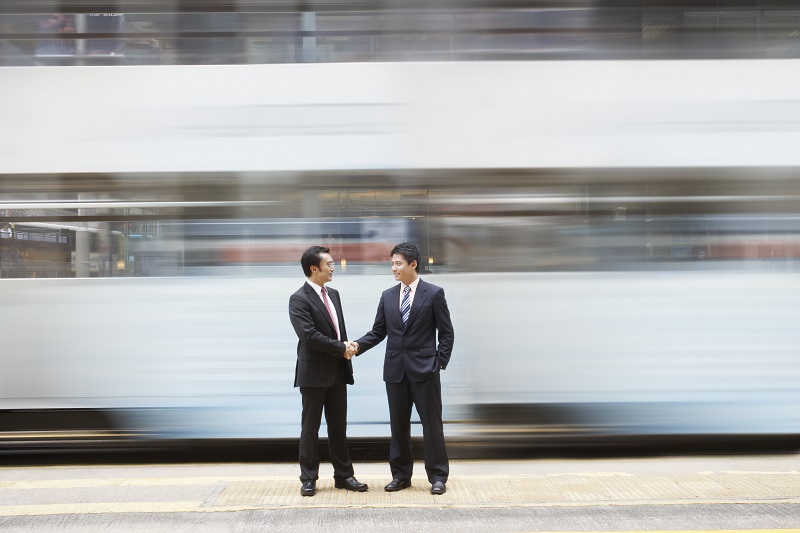 Over the years, I’ve lost count of the number of business cards I’ve given and received. Trying to tally the amount of incredible, talented people I’ve met would give me a huge headache; and the number of insignificant conversations I’ve had that later turned out to be the catalyst for something amazing leaves me pleasantly astounded whenever I think back on them.

A few weeks ago, I read an article that talked about how many jobs these days aren’t landed thanks to an impressive CV or cover letter, but rather by word-of-mouth recommendations or introductions made between friends and associates.

By no means would I ever say that CVs and well-crafted applications are redundant; however, it’s becoming increasingly clear that connections – as has always been the case – are an increasingly valuable resource in modern times for creating opportunities.

A few weeks ago, I bumped into young venture capitalist Liew Tian Rong at an Alliance Bank BizSmart session. He noticed how I had just connected two entrepreneurs and suggested a possible collaboration that could benefit both business leaders.

He smiled at me approvingly, saying, “Great to see how you connect everyone. And by the way, thanks for connecting me to the Blockchain folks,” in reference to an earlier situation where I connected him to a possible investment opportunity.

Personally, I try to make connections between people whenever I think the respective parties would hit it off and be interested in the other’s insights and passions.

I never think, “Oh, this person is looking for a job, so I’ll introduce them to this hiring manager.”

This may interest you: Virtual Reality: Restoring Human Connection In Virtual Teams

If someone asks me to point them in the direction of an opportunity, of course I’m happy to help, but when it comes to proactively creating connections, it’s more important to me that the connection is mutually valuable, interesting, and engaging.

As someone who has a tonne of ideas and dreams at any given point, I love creating connections for two reasons: first, I simply enjoy connecting people who I know will hit it off; the second reason is that I am always excited to see what might come from two or more people meeting for the first time.

I doubt Bill Fernandez thought his introduction would lead to such an amazing success, and there’s no way the friend of Lennon and McCartney could have known what was to follow from their first handshake. They were just ordinary boys from Liverpool, after all.

And that’s the exciting part for me. The greatest success stories tend not to come from the pairing of wealthy, well-connected, high-status people.

Great success stories, yet to be told, are hiding quietly in corners, waiting for the right conditions to come together before they manifest in all their glory, changing the course of history itself.

And so, in creating connections between people whenever we see mutual passions and interests, we never know where it could lead, what opportunities lie in the horizon, or what the next great success might yield.

We humans are social creatures and we bring about our best innovations, creations and inventions when we meet kindred spirits who are just as passionate as we are in a particular subject. What a gift to give, to introduce like-minded people to each other and see where that initial spark leads.

It might lead nowhere — this is often the case — but there’s no telling what amazing stories may unfold when people with a shared passion and purpose come together to discuss innovative ideas and outlandish possibilities that could go on to change the world.

If you can’t afford expensive gifts for your friends and colleagues this festive season, one gift you can offer is the gift of connection. May blessings be showered upon you in the year ahead.

Check out this podcast below on what it means to connect, collaborate and ultimately contribute! We hope it encourages you.

Want to connect better with your team? We have a solution for you! Happily is an application that aims to help with employee engagement, bringing people together to connect and interact with one another. For more information click here. 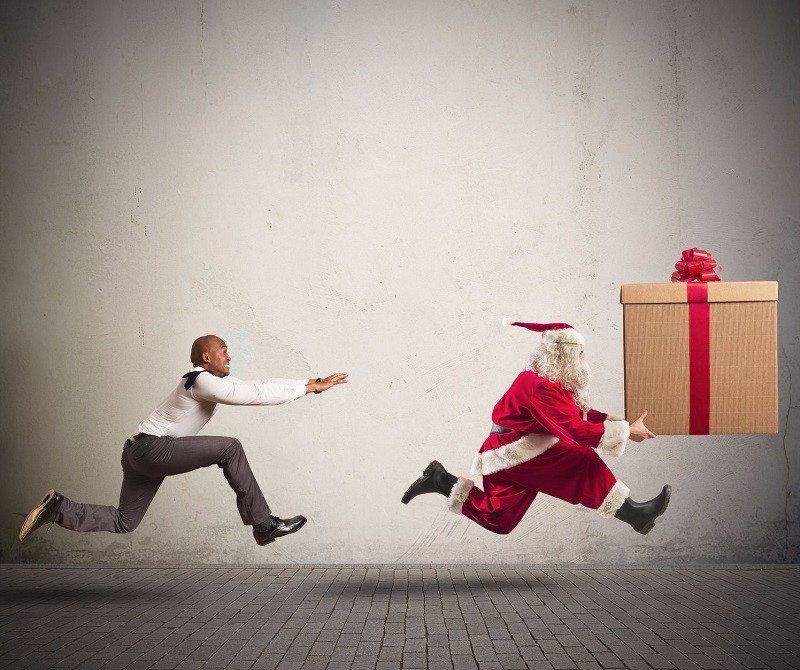 Does Your Company’s Holiday Charity Turn Sour In The Mouth?