The Power of Collective Intelligence 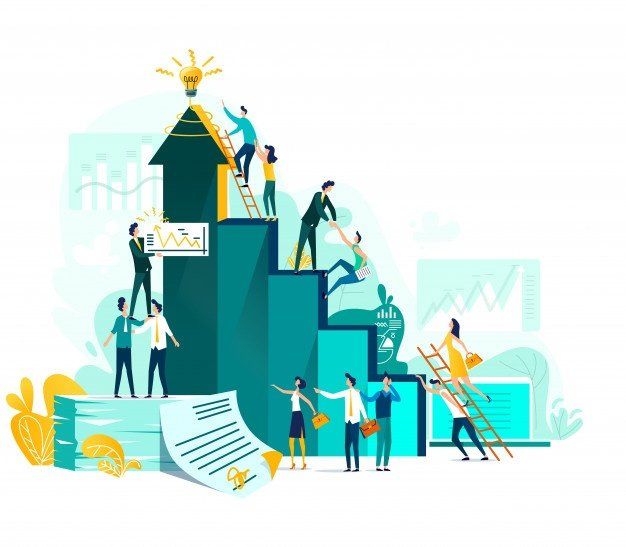 Source: Image by Freepik
Which Organisational Style Suits You?

Lessons from an ant colony.

When we think about organisations – groups of people all moving towards a single goal – usually we think about a hierarchy. Hierarchies are our most common organisational experience, from our families with parents in charge, to schools with teachers as the boss of the room, and into the workplace, reporting to a manager (who reports to their manager, and so on). But recently the world has begun to experiment on a grand scale with alternatives to hierarchy, like agile and holacracy.

My colleagues Phanish Puranam and Henning Piezunka have done research into these self-organised teams or flat management structures. For example, GitHub replaced the conventional corporate hierarchy with self-organised teams, i.e. teams that are formed through individuals selecting what to work on, with whom, how and when. Another example is how companies, like Valve, take steps to lessen hierarchy, e.g. abolishing job titles or embracing flat management structures.

Our position isn’t that hierarchies are bad and non-hierarchical structures are right for every organisation, but rather to ask, what can we learn from them. One of the most interesting cases is that of an ant colony. Although ants have very little intelligence, without any central decision maker they can accomplish amazing, complex tasks like self-assigning new jobs or moving the colony far away to a better spot. As part of a paper looking at the work of entomologists Moffett and Garnier, my co-author, Kathleen M. Eisenhardt and I wondered if there are some applicable lessons for humans.

1) Simplicity: Are simple rules the answer for coordinating large groups – even through bad times?

Simple rules are fast, flexible rules of thumb. Developed based on experience, they provide some guidance on what to do, but leave room for adaptation (in a pandemic, for instance). Ideally, they offer the optimal balance between improvisation (too little structure) and bureaucracy (too much). In our research, simple rules appeared to be vastly more effective than more familiar routines and processes in conditions of change and uncertainty. When we peek behind the curtain at successful companies like Pixar or Netflix, we find simple rules.

2) Modularity: Does a lack of hierarchy work very well with modular problem solving at scale?

For ant colonies, breaking down a problem into smaller chunks allows them to build much larger nests. For us humans, modular problem solving is critical when we face complexity, an increasingly common feature of our era. Modularity also allows more freedom and independence, and can be particularly effective for product platforms like iTunes and marketplaces like Airbnb. But they can be equally important for more traditional organisations trying to get work done.

When one ant can’t complete a task, there is another at the ready to take its place. Now, our examples aren’t exactly like that, but when Jeff Bezos sent an email to every employee instructing that all Amazon activities now take place via APIs – without exception – he signalled a radical form of organisational modularity that has helped Amazon to scale in ways that remind us of an ant colony.

In an upcoming paper, Robert Bremner and Eisenhardt compare innovation at two civilian drone makers. One organised its innovation around a user community while the other did so around a firm-based hierarchical form. The community model initially did well for unexpected innovation as broad exploration and low-cost randomness paid off. But its performance dropped off once innovations became complex and novel (i.e. uncertain) like integrating cutting-edge technologies into a polished consumer drone for a growth market. Keeping an organisation flat at first is exciting, but when a market becomes more developed or complex, traditional structures may be more successful. Unlike ant colonies, human organisations need to have room for different kinds of growth.

Ant colonies never transform into something else. If and when rules are updated in a colony, it’s in a slow fashion. Of course, people can learn new rules quickly and transform their organisations. Think Netflix; its leaders went from mailing DVDs to completely upending the rules of television by producing and streaming shows like Bridgerton.

Valve, a gaming firm without managers or titles, uses this as a motivating principle. When writing my book, The Innovator’s Method, I learned that the view inside Valve is this: If a company “spent the last decade going out of its way to recruit the most intelligent, innovative, talented people on Earth; telling them to sit at a desk and do what they’re told obliterates 99 percent of their value”.

If you'd like to learn more about organisational changes, there is a great compilation of articles using the learning app called Necole. Necole is an Artificial Intelligence (AI) powered learning app that that curates personalised learning just for you.

**SPECIAL OFFER - Use this code ABETTERME and get a 5% discount on your subscription to Necole. To find out more about Necole or to subscribe, click here. This offer is valid only up to 31st January 2022. 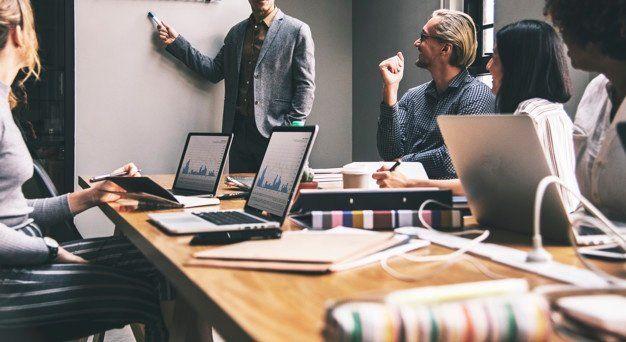 Nathan Furr
Nathan Furr is an Associate Professor of Strategy at INSEAD. He is a Programme Director of Leading Digital Transformation and Innovation, Innovation in the Age of Disruption and Building Digital Partnerships and Ecosystems, Executive Education programmes at INSEAD, and author of three best-selling books published by Harvard Press: The Innovator’s Method, Leading Transformation and Innovation Capital.