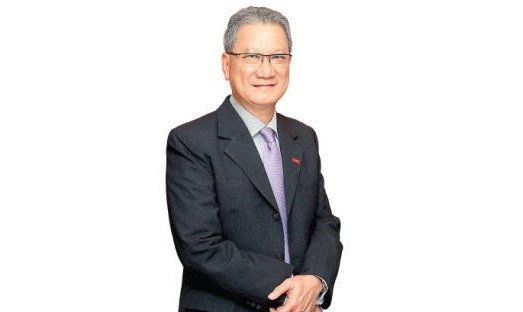 Francis Chan is certainly a man who needs no introduction in PJ Development Holdings Bhd (PJD). The CEO of Swiss Garden International Vacation Club (SGIVC), a subsidiary of PJD, has been with the group for the past 20 years.

How it all began

With a touch of melancholy, Francis recounts how he embarked on his lifelong career in leisure with his first job in a small travel company in London,

It was way back in 1979, right after I completed the CIMA professional qualification at the London School of Accountancy.

The company was a retail tour operator with a total headcount of just 15 people, specialising in tours to the Caribbean Islands, Barbados especially, and Francis was placed in charge of the Accounts and Finance department.

I was thankful to have landed that job as it eliminated my financial worries. It paid well and enabled me to live comfortably. I reported to Scottish and German bosses, and the working relationships were very good.

During this time, Francis’s wife had already been working in an accounting firm in London, so he was happy that they could share notes on how to handle banking, ledgers and yearly accounts. 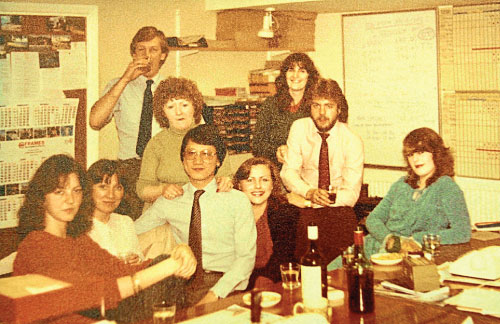 Chan with colleagues from his first job, a travel company in London.

In the United Kingdom (UK), the work culture was entirely different compared with Malaysia. People left the office at 5pm sharp.

Francis was bemused to find himself frequently alone at the office when he stayed late, and eventually thought it best to leave when everyone else did.

“I was with the company for two years and it was wonderful. There was less pressure in the UK as compared to here,” says the father of two daughters.

One fulfilling aspect of his first job was having to learn and do everything from scratch. Francis was given the freedom to do so by his bosses and recalls having made his share of mistakes, always correcting and improving himself as he went on.

Imagine this. There were no computers or software. If we made a mistake, we would have to manually recalculate everything to detect where we went wrong. The process was tedious but it taught me to be very hands-on.

For Francis, it was also an excellent opportunity to learn first hand how a small British company conducted business in the UK.

When asked why he opted to take CIMA, Francis replies:

CIMA is a course that requires good, analytical thinking which ultimately helps in one’s career, and also allowed me to explore career options without being confined to an audit firm.

Francis says the CIMA qualification was unlike any other because of one critical element, which for a long time, was found only in the CIMA syllabus.

The last paper of the exam consists of a case study. Candidates are given a scenario and asked to make decisions for the company featured.

“The course prepares you to handle different situations, teaches you what to foresee when faced with obstacles and how to come up with solutions,” explains Francis who also holds a Masters in Business Studies, Banking and Finance from the National University of Ireland.

Francis says that this element of the CIMA qualifications, coupled with the technical teaching and his training background, equipped him with the ability to follow logical reasoning to arrive at effective solutions. Over the years, it has helped him make some very sound decisions.

CIMA has given him the best of both worlds; the knowledge in finance to handle the figures and good business acumen in handling various management situations. These traits have enabled him to be a successful CEO with good management skills.

I have been running the Swiss Garden Vacation Club since 2003. My director in charge gives me policies, budgets and instructions on how we must perform and how to channel in sales.

In addition, Francis realises that he must be good at problem solving and handling human issues. He attributes his ability to think critically and differently in the varied aspects of his work to the experience and exposure he received through CIMA.

If you want to progress in your career, the CIMA qualification is a very good one to take up. It sharpens both critical thinking and technical knowledge. This will set you apart from the rest.

Francis comes from a humble family. From a young age, he had dreams of making it good in life and living comfortably.

Today, Francis is CEO of SGIVC, a subsidiary of a public listed company, and sits on the board of three other public listed organisations. He is pleased and contented that he has reached the top, and rightly so.

I am happy to say that I am part of an organisation that is doing well. We went through recessions, yet managed to pull through and bring in profit for the company. We have never run into cash flow problems and I am proud to say that our employees are always paid on time.

Early this year, BrandLaureate selected SGVIC as the top vacation club in the country in its BrandLaureate Awards ceremony. Francis describes it as “an honour” for SGVIC to receive this accolade.

In the company’s last annual general meeting, the feedback from members was positive as they were very happy, and praised the club for how well it ran its affairs.

“It is heartwarming that the performance of SGVIC is recognised by industry experts and our valued members alike. These things showed that I am doing my job well and people around me are happy with my contribution and efforts,” he says.

One of the people that Francis looks up to is Tan Sri Ong Leong Huat, chairman of PJD Holdings Bhd and a major shareholder; and of the OSK Group.

Ong came from a very poor family. He had no tertiary education but he has made it big in life. This is because he has a very sharp mind. He knows accounts through his valuable experience and has great business acumen.

Francis draws inspiration from Ong’s will to face and overcome challenges, saying:

During the last two recessions, a lot of people lose money but he prospered. From a rubber tapper family with nothing, Ong has built up his empire and this to me, is something phenomenal. I wish he would write his biography to inspire the others especially the younger generation!

Everyone should have a dream because then, you will work towards making it a reality. Besides that, always be good to people; be it your colleagues, friends, superiors and even your subordinates and employees.

Francis was resolute in his belief that if we are good and treat others well, we will always be on their minds, even when opportunities arise.

“Opportunities come knocking only once,” he advises.

Francis is thankful that through friendships that he built throughout the years, he could prove his worth and as a result, sits on the board of several organisations today. On top of that, these relationships have helped him gain a breadth of experience.

To the young people out there, be more responsible. Try to stay in a company and build a solid foundation before you move jobs. Don’t jump from job to job. Get your basics polished or else flaws will show when you take on senior positions.

Enjoy what you do. There are bound to be pitfalls along the way as life is not smooth sailing. Pick yourself up when that occurs and move on, be it in your professional or personal life.

Francis also believes that everyone needs a holiday in life. Today’s world is moving so fast that it has become a huge rat race with no time to rest.

People are bogged down with work and are under a lot of pressure. A break would do them good. When you get back after a relaxing holiday, you are rejuvenated and your mind is fresh and clear. Hence, you are able work better and manage hurdles more effectively. Maybe join SGIVC as a member and go on holidays.

Francis, who is approaching retirement in the near future, plans to travel with his wife as he feels he missed out on that earlier on.

“When I retire, I want to travel to many places with my wife while I am still healthy enough to do so,” he says.

Founded in 1919, CIMA is the world’s leading and largest professional body of management accountants, with over 218,000 members and students operating in 177 countries, working at the heart of business. To find out how CIMA can help you develop your career plans, visit www.cimaglobal.com/malaysia or email SEAsia@cimaglobal.com. 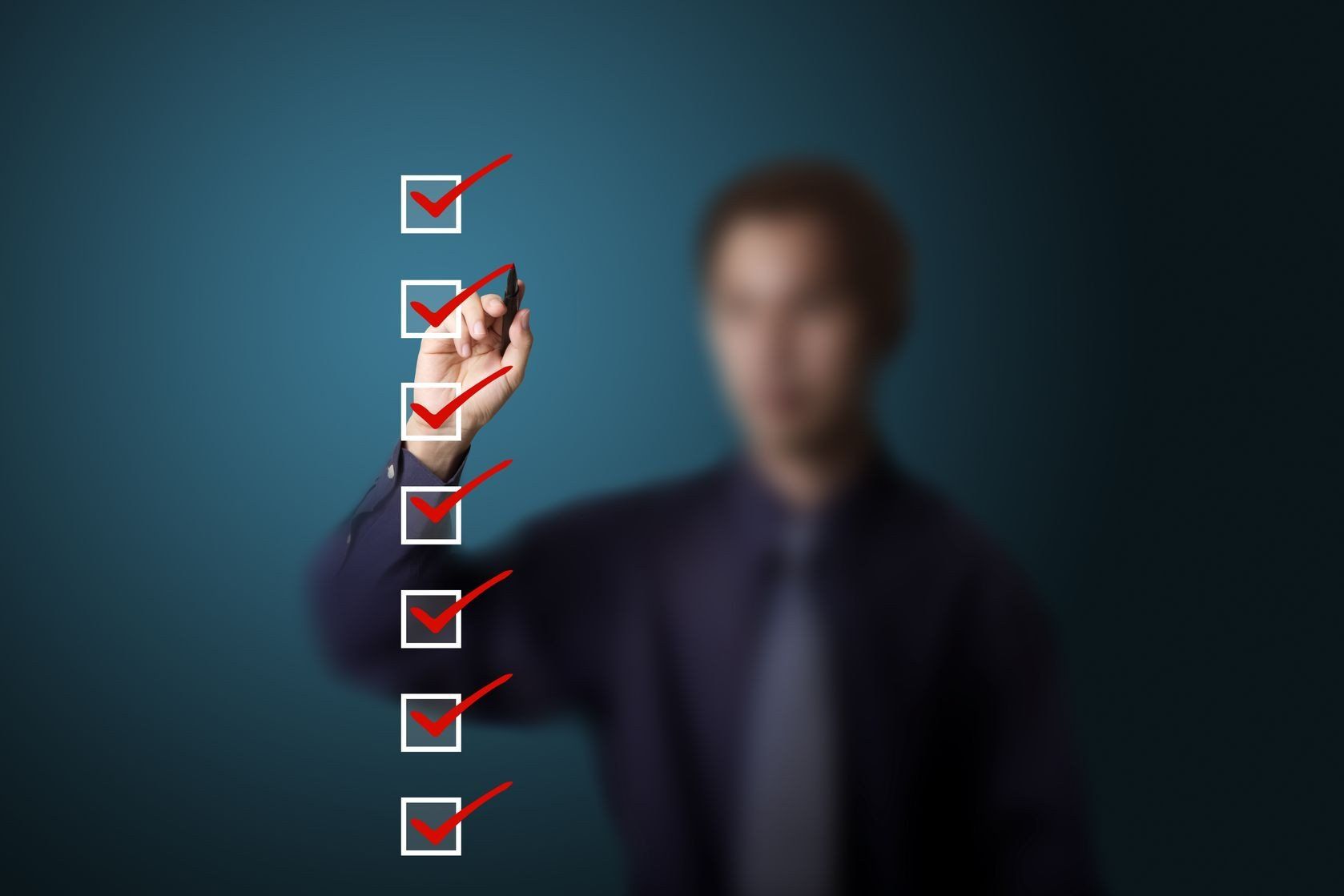 4 Things That Can Help You Connect The Dots