After 50 Years Of Progress, It’s Time For ASEAN’s Next Economic Revolution 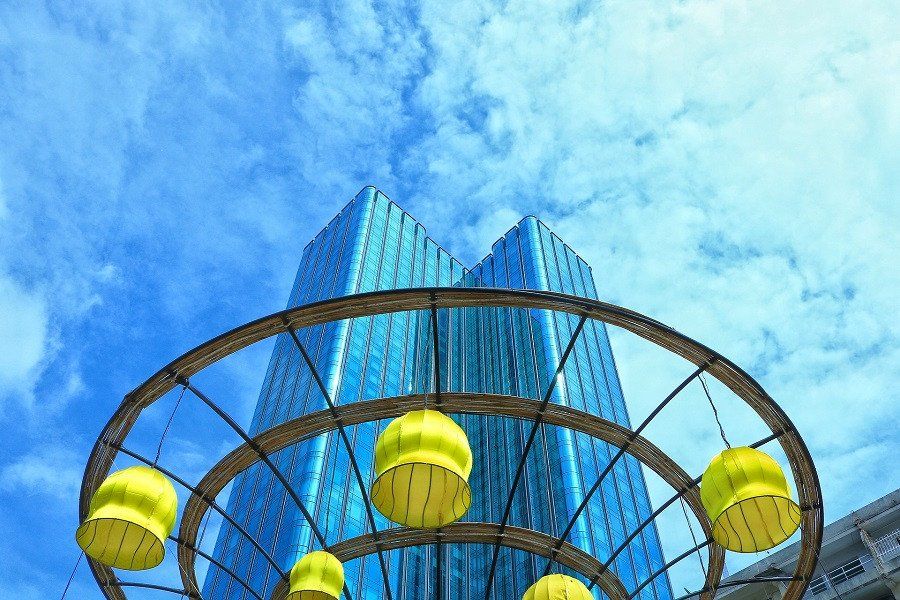 This year on August 8, Southeast Asia celebrates an important anniversary: it will be 50 years since the Bangkok Declaration, which established the Association of Southeast Asian Nations (ASEAN), was signed. The organisation at the time was much smaller, with a combined population of just 184 million. Member states were largely undeveloped; even Singapore, the wealthiest member, only had a gross domestic product (GDP) per capita of USD600. Indonesia, the largest and poorest member, had a GDP per capita of UDS56. Almost three-quarters of ASEAN’s population lived in rural areas.

Half a century of population growth and the addition of six new members has tripled ASEAN’s population to 625 million. Only China, India and the European Union (EU) have bigger populations. ASEAN countries have also undergone significant development. Singapore is an advanced economy. Thailand and Malaysia are comfortably middle-income. The Philippines has one of the region’s fastest growing economies, helped in part by a highly-educated, English-speaking and globally competitive population. Indonesia’s massive and growing population will make it one of the world’s most important countries, and Vietnam’s rapid growth may make it a model for economic development and poverty alleviation akin to China.

ASEAN’s record of development, poverty alleviation and conflict resolution is a true success story. Kishore Mahbubani, dean of the Lee Kuan Yew School of Public Policy at the National University of Singapore, has called ASEAN a catalyst for peace, a geopolitical miracle and the most successful regional organisation after the EU.

But ASEAN’s economic success has brought with it new challenges. One example is ASEAN’s forests, some of the world’s oldest, which were cleared to make way for agricultural and commodity production: ASEAN’s forest coverage has been reduced from 72% in 1970 to 42% today. More than that, the solutions to these challenges will not come from outside the region. ASEAN’s next 50 years will take place in a wholly new geopolitical, economic and environmental context. The solutions previously used by other countries are no longer feasible in a world marked by increasing interdependence, growing disparities, environmental degradation, climate change and increasingly strict resource constraints.

But there will also be new opportunities to develop, even bolder ideas for regional cooperation and coexistence, along with strategies that may be better than what has come before.

Seeing through the haze

Let’s take one repercussion of ASEAN’s development that is visible every dry season – the annual haze that blankets Indonesia, Singapore and Malaysia. The haze is driven by slash-and-burn agriculture on the island of Borneo, where both palm oil plantation owners and smallholder farmers forced off their land by cutting down the forest to open up new land. The exposed peat, after a forest fire, can smoulder for months, releasing smoke, pollution and carbon emissions into the surroundings. During the 2015 haze season, Indonesia released more emissions in three weeks than Germany had in the entire year. It is estimated that over 40 million Indonesians were affected by haze in 2015, one of the worst haze seasons. All this environmental damage was caused to push the overproduction of palm oil, whose prices have halved since its peak in 2011.

Related post: How To Clear Away The Haze Suffocating Southeast Asia

ASEAN has been, on the whole, unsuccessful in combating the haze, largely leaving Indonesia (with its strapped resources) to combat the fires alone. But the haze crisis presents an opportunity to a more tightly knit region together. Reforesting and reflooding Borneo and Sumatra, and creating a forest monitoring system would be a worthwhile ASEAN project. Even more important could be the creation of new regional institutions, such as an ASEAN reforestation fund, an ASEAN resource investment bank or even an ASEAN resource management court.

More fundamentally, ASEAN could help drive the transformation of Indonesia’s agriculture sector away from exploitative plantation crops towards high-value, smallholder farming. These would provide an alternative source of revenue for Indonesian farmers. Yet building such a sector takes time and support. ASEAN could provide infrastructure investment, market support and easy access to ASEAN economies to those farmers trying to develop a less destructive agricultural sector.

Another major part of ASEAN’s development has been urbanisation. When ASEAN was founded in 1967, over three-quarters of its population lived in rural areas. Only Singapore, Jakarta, Manila, Bangkok, Surabaya and Bandung had populations greater than 1 million. Today, these cities, along with Kuala Lumpur, Ho Chi Minh City, Hanoi and Yangon have populations of over 5 million. ASEAN has almost equal urban and rural populations, and according to projections, will be majority urban by 2025.

However, ASEAN’s cities are not built for this massive influx of people. Major urban infrastructure such as housing, drainage, flood protection, water supply, sewerage and public transportation is seriously stressed. Roads in Jakarta, Manila and Bangkok are crammed full of cars. There is rarely enough safe and secure housing for the flow of new arrivals, leading to the creation of large slums with poor access to electricity, water, sanitation and other social amenities. Public social services such as education and healthcare are also stressed.

Then there is the fact that all these cities are in the tropics. Building materials and limited airflow lead to a heat island effect, where air temperatures increase by several degrees. Those lucky enough to live with air-conditioning use up more energy to cool their homes (and release more heat outside), while most unlucky residents swelter in overheated homes and workplaces. This leads to productivity losses and poor quality of life. This is not progress.

Luckily, current data suggests that most urban ASEAN residents live in large towns of under 500,000, and that the fastest growth in ASEAN’s urban population is in mixed-density cities (those with a population of between 1–5 million). But risks remain. Will the urban population remain this balanced, especially as economic opportunities in the commercial centres overtake all other areas? Will mixed-density cities become high-density urban catastrophes? And what does this mean for the rural sector, which risks getting neglected in the rush to the city?

The flip side of urban migration is the potential withering of ASEAN’s rural economies. Agriculture remains an important part of the economy, especially in less-developed economies like Cambodia. Many people still rely on their farms to provide a comfortable life for themselves and their families. Yet governments have often focused too much on urban development over investments in the countryside. If the rural sector withers away, a large rural population will lose their livelihoods and, by extension, their cultures and traditions. But if food security and rural development is achieved through large agribusiness and mega-farms, then ASEAN’s smallholder farmers could be turned into landless peasants. This would be a tremendous loss.

Grow Asia, an initiative from the World Economic Forum, has presented several objectives for ASEAN’s agricultural development. The region needs to achieve food security, reducing imports from abroad. It needs to lift 200 million people out of poverty, many of whom live in rural areas. It needs to do so while protecting the environment. And, finally, it needs to help smallholder farmers, who make up the large portion of ASEAN’s agriculture sector but are hurt from low productivity, volatile prices, and poor access to technology and markets. ASEAN’s many rural residents will not be helped if the solution is large agribusiness companies evicting them from their land or turning them into cheap labour.

Achieving all these goals is a daunting task. But these were the three objectives that a team of around 30 business leaders set about achieving in cooperation with one of Cambodia’s largest conglomerates, Soma Group. The group looked at Cambodia’s rice sector, which produces some of the world’s best rice, yet could be described charitably as a bit of a mess. There is too little drying capacity, and too much milling capacity. Smallholder farmers cannot get access to high-quality inputs, machinery and expertise, and are often not given the training to use them effectively and sustainably. Cambodian rice can be easily withdrawn at several points in the supply chain, limiting the amount of high-quality milled and polished rice that commands a premium in world markets.

Despite these challenges, the group created an original model of contract farming that could tackle these challenges. Contracts would give farmers access to expertise and inputs in exchange for supply commitments at a guaranteed price. Farmers would be monitored and trained in the latest techniques to ensure that inputs were not overused. And, assuming everything works smoothly, smallholder farmer yields would increase without evicting them from their land, and the higher revenue would encourage more farmers to join the system.

This might interest you: Why Talk Up The Tech Revolution, When Asia’s Problems Are Largely Pre-industrial?

These are only a few of the challenges that will emerge in ASEAN and its member countries over the next 50 years. Ideas for dealing with them will need to come from within the region, and so ASEAN needs to start building institutions that can generate, refine and test these ideas. One thing it could do is build an independent “ASEAN University”, which could develop new solutions in a location close to the source of Asia’s problems.

Given the progress ASEAN has made in 50 years, the temptation is to see a linear trajectory of development and progress. But it would be too simplistic to pin all hopes on a Fourth Industrial Revolution as the key to the future of the region. If the sustainability challenges, which will affect hundreds of millions in the region, are to be tackled, then ASEAN will need to first address some of the pre-industrial practices that prevail and create a socio-economic revolution of its own that reflect its realities.

The writer is chief executive of the Global Institute For Tomorrow, a think-tank based in Hong Kong. He is also the author of Consumptionomics: Asia’s Role in Reshaping Capitalism and Saving the Planet. This article was originally published in The World Economic Forum. For more Hard Talk articles, click here. To bring Chandran into your organisation for a learning session or talk, email info@leaderonomics.com for more details. 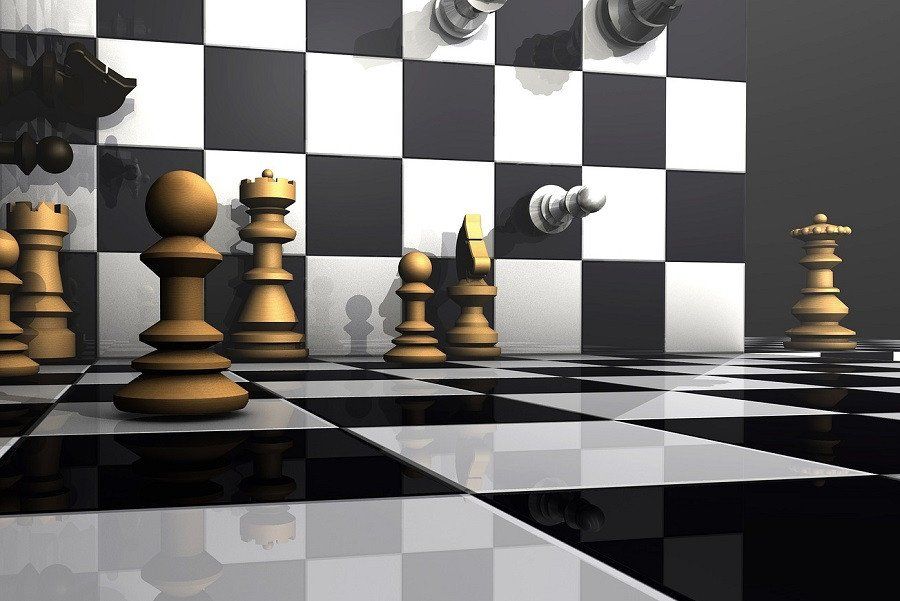 Gamification, The Secret Sauce For Powering Up Talent