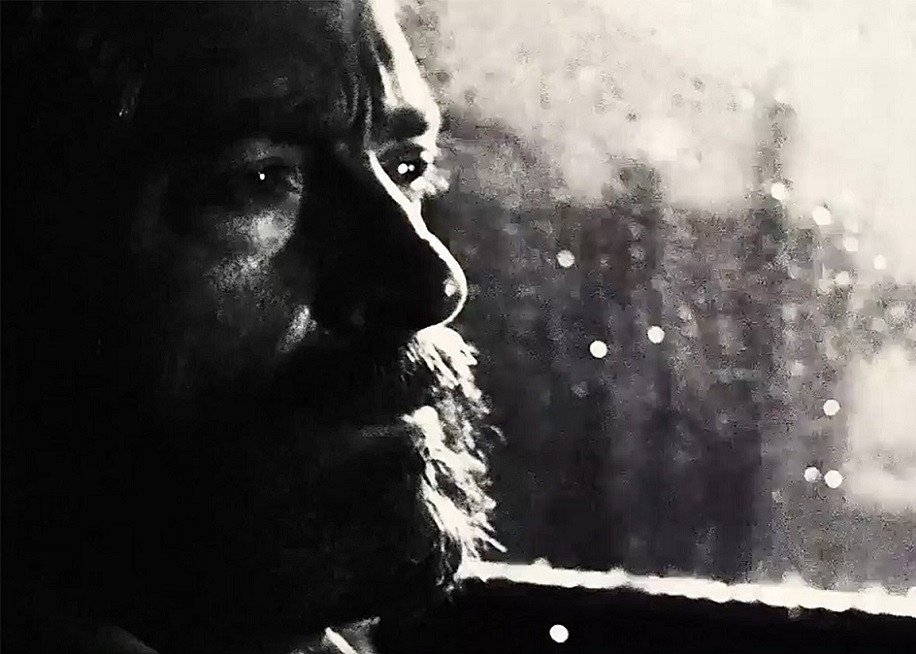 Logan is the third and final film in the Wolverine movie series. Logan also sees a dramatic change in the tone of the movie. What you get with Logan is a darker and more somber Wolverine movie.

After the success of Deadpool, 20th Century Fox decided to make the last Wolverine movie rated R (restricted, where people under 17 require accompanying parent or adult guardian). It was something I believe should have been done from the first film.

Wolverine isn’t a fluffy character. He has deep character issues. He is aggressive and violent. And his movies should have been produced that way.

This might interest you: Spiderman And The Avengers Show Us That Pains Do Lead To Gains

Logan is the Wolverine movie fans have been waiting for. It is also packed with leadership lessons.

Here are 18 leadership lessons and quotes from the movie.

“I always know who you are. It’s just sometimes I don’t recognise you.” – Professor Charles Xavier

Professor Xavier, played once again by Patrick Stewart, laid this powerful line down to Logan. I took this to mean that he knows who Logan is but he can’t always tell by his actions.

What can you take away from this as a leader? People are looking for consistency in your actions to recognise you. You can talk the talk but without consistent actions, people won’t recognise you.

2. Be a straight shooter

In a gut-check moment, Professor Xavier told Logan (played by Hugh Jackman) that he felt Logan was a disappointment for what he has become. Logan wasn’t living up to his potential and Xavier knew he had to tell Logan the truth.

Sometimes the truth hurts, but we need to hear the truth. Don’t hold back when the truth needs to be told.

3. Your leadership can become ineffective

Logan is set in the year 2029. This pushes the age of Logan upwards and, as such, his healing power isn’t what it used to be. He doesn’t heal as well and he has trouble getting around.

Much like Logan, your leadership style can become ineffective. Your style may no longer work. Watch out for this and change strategy if you need to. Or, you might need to pass the leadership baton.

“I don’t want to fight but there are some things we need to discuss.” – Caliban

Caliban was scared to have a conversation with Logan. Yet he knew he must have a difficult conversation so he brought up the problems he was facing.

Leadership conversations can get messy. People may even be scared to discuss situations with you. Be open to the conversations your team needs to have.

Logan took time to think through the issue at hand. It took him time to process what was happening. Don’t be afraid to take time to think. That’s something only you can do.

Xavier was weak and old in Logan. He couldn’t get around like he used to. During an attack by Pierce and the Reavers, Logan shielded Xavier from the attack. He put himself in the way of danger to protect someone else.

This is what great leaders do. They put others first. They eat last. And they protect those in the team. Who do you need to protect?

After agreeing to care for Laura (also known as the comic book character X-23), played by the young Dafne Keen, he finds her shoplifting from a gas station. There, she steals a pair of colourful sunglasses. She could have picked out a black pair or another solid color. Oh no, she had to go and pick the most colorful pair of sunglasses that were available.

What do you need to add some flair to? Find an area where you’re bland and spice it up a bit.

8. Your team doesn’t need to be reminded of the perils of life

Logan ripped into Laura for reading X-Men comic books. He believed those comics had altered the true story of the X-Men and made their lives seem safe. In reality, their life wasn’t.

You don’t need to berate your team. Xavier spoke up and protested Logan’s berating of Laura. He knew the stories weren’t true to life. Still, he was okay with her reading them because of the escape from reality they provided.

Life is rough in the real world as well. Your team members have faced some pretty messed-up situations. They don’t need you to be breathing down their necks with threats.

Logan was speaking to Laura as an adult. He wasn’t speaking her language.

Leaders need to be aware of how they speak to other people. Are they speaking to them in their language or a language they can understand? Be sure to use the language of those you lead.

This had to be my favourite exchange of dialogue in the whole movie. This quote was also in the Logan trailer but that didn’t negate the power behind the quote.

Logan didn’t want to help a couple who had been in an accident and their horses were now running on the road. Logan put up the excuse that someone else will come along. Xavier had the right heart. He knew someone had come along already, i.e. Logan.

When you see a need, you need to act on the need. You’re there for a reason. Don’t be the person who leaves a person in need.

The same goes for the older leaders in your life. They may be old but they can still offer some sort of leadership wisdom and counsel.

12. Things will work out in the end

“The Lord will provide.” – Kathryn Munson

Kathryn was someone who took Logan, Charles, and Laura in after being helped by the trio. She knew something that leaders need to realise: The Lord will provide.

Yes, we need to do the work. Yet it will be the Lord who provides.

13. Find time for things that matter

“This is what life looks like. People who love each other, our home. You should take a moment. Feel it. You still have time.” – Charles Xavier

Great leaders don’t forget what real life looks like. Life is having people around you. Family and friends. Find time for life.

Xavier and Logan’s goal was to get Laura to Eden in North Dakota. After Xavier’s death, Logan told Laura he wasn’t going there anymore. Laura wasn’t about to have any of that. She persisted in asking Logan to continue their journey. After awhile, Logan relented.

15. Give others a vision

Before Xavier’s death, he knew Logan wasn’t well. Logan wanted to end his life, possibly at the end of a gun barrel with an adamantium bullet. Xavier confided this to Laura and gave her a vision to see this fulfilled: Save Logan. Don’t let Logan die.

Great leaders provide a clear vision to others. They share the end goal and let them get to work in accomplishing the goal. Cast a vision others will latch onto.

16. Work with what you have

Great leaders recognise they don’t get what they ask for. They know they have to work with what they’ve been given in life. Don’t get upset when your life doesn’t look the way you want it to be. Live the life you’ve been given.

Logan accomplished the goal of delivering Laura to Eden. One of the boys at Eden then proceeded to hand Logan the rest of the money he was promised. Logan turned down the money.

18. You won’t be around forever

Logan is to be Jackman’s last portrayal of Logan/Wolverine. Not only that, we see two major X-Men characters die. Both Xavier and Logan were dead by the end of the movie.

Seeing their deaths drive home a truth we don’t usually think about often: We won’t be around forever. This means we won’t be leaders forever either. Our leadership is temporary, as is our lives.

There were a lot of leadership lessons from Logan. You can walk away from the cinema with a new take on leadership if you pay attention. It is also the best Wolverine movie released to date.

Joseph Lalonde helped lead the youth for over 15 years. He has a passion to raise young leaders and has a free eBook to help you lead better. You can follow him on Twitter @JosephLalonde or Facebook. To connect with him, email us at editor@leaderonomics.com. For more Movie Wisdom articles, click here. 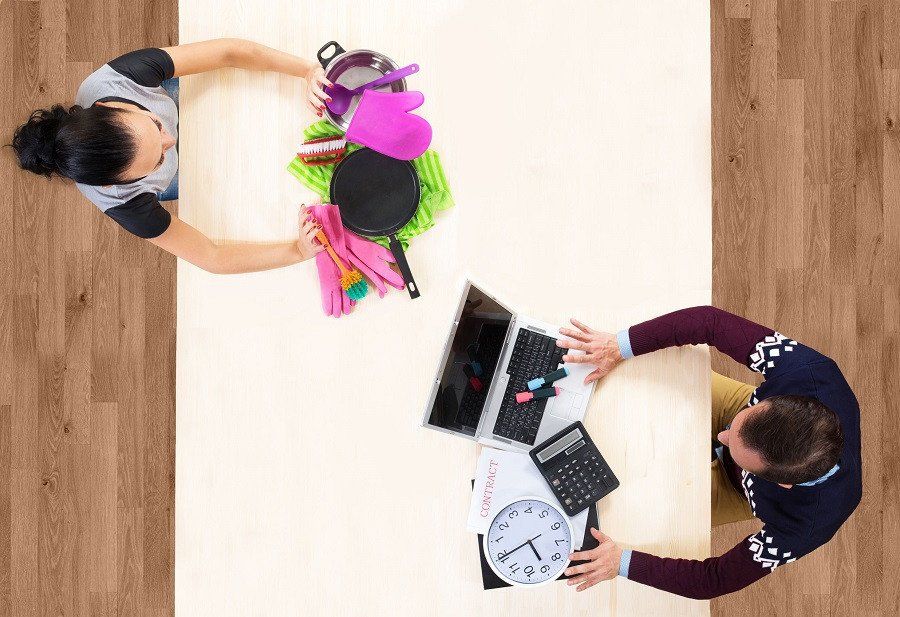