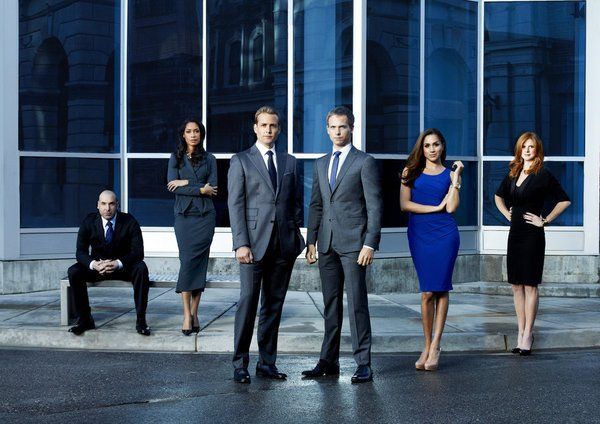 I caught my goddaughter engrossed on her Mac one afternoon. With her headphones firmly secured over her head, and a silly grin on her face, it would have taken her a full hour before she’d realised I had passed out on the couch.

“Who’s the hero?” I asked. “Harvey Specter,” said she, smiling. Harvey Specter. Interesting name. Curious, I clicked on the pilot episode. Bad move. In 10 minutes, I was hooked.

For the next two weeks, Suits seasons one to three became my daily staple. I have always had this “thing” for lawyers. (My first internship job was at Lim Kean Siew, one of Penang’s top law firms.) Heavily influenced by Paper Chase and LA Law probably.

With Suits, what captivates me, apart from the interesting plot, intriguing characters, and of course Specter himself, is the way the TV series cleverly crafts each character by way of wardrobe selections. Try watching the show without any sound. Before long, I bet you can tell who’s the boss and who’s not.

Suits is one show that I’d strongly recommend every corporate executive to watch. Here’s why. It teaches you how to differentiate between ranks by looking at what they wear.

It also shows you how the way the characters style their hair, wear their clothes and choose their accessories to support and emphasise the personalities that they are portraying. For those who work in the professional sector, take a few cues from the characters from Suits.

Suits is about a successful lawyer Specter who hires a young man, Mike Ross as his associate in one of New York’s top law firms, Pearson Hardman.

Ross, with a photographic memory, has passed the bar but has not actually attended law school. The series focuses on Specter and Ross as they try cases for the firm while maintaining Ross’ secret.

Now, to create a master-protégé differentiation between the two, the show’s wardrobe stylists cleverly use details in their everyday wear. While both characters look smart and professional in their well-fitting suits, the details of their looks convey very different messages. Three-piece suit with peak lapels, often in navy pinstripes, spread collar shirts with a Windsor-knotted tie. Specter is the top closer of his firm, and his power suits convey his status at his firm perfectly. Everything in Specter’s look evokes strength.

Button down shirt, slim tie, no vest, a more understated suit with a slim notch lapel. This is no doubt a common fashion statement, as I see it happening very commonly with our young Malaysian graduates. But it doesn’t really showcase success. Ross also slings a messenger bag and commutes to work on his bicycle.

To further emphasise the importance of one’s appearance in the corporate world, in one scene, Specter comments to Ross, “Get your skinny tie out of my face and get to work.”

And in another, we see Ross frustratingly ask, “What does it matter how much I spend on suits?” to which Specter retorts, “People respond to how you dress, so like it or not, this is what you have to do.” Specter then sends Ross to his tailor to look more like the part of the Harvard graduate en route to becoming a partner at a New York law firm.

Another great supporting actor is Louis Litt, a junior partner at Pearson Hardman. Litt is a talented lawyer, a highly dedicated worker with strong work ethics. Power hungry, he is also bitterly jealous of Specter’s success.

Beneath his well-cut suit, Litt is overweight, perhaps to project a slightly clumsy demeanour and his hunger for attention.

He wears a scorn on his face and his beady eyes are always suspicious of everyone around. With a receding hairline, crew cut hair and sporting thick eyebrows, Litt plays his role to perfection.

Tailored-made suits that are well-fitted to his large frame. His spread collar shirts are always with an expensive looking tie, knotted to perfection with a dimple in the middle.

And for you corporate ladies, look out for Jessica Pearson. Pearson is Specter’s boss, a talented big shot lawyer whom you do not want to cross. She proves that woman can make it to the top and look amazing while doing it.

· Corporate jackets but with added accessories to give it a feminine twist.

· Structured dresses which are usually knee-length but with interesting necklines.

· Separates that are medium contrasts in colours.

I guess this aids in the development of Pearson’s character as well.

She appears to be cold – hence the all structured, corporate suits; yet deep down she has a soft side in her, evident in her addition of statement necklaces and soft shawls in her outfits.

And let’s not forget Donna Paulsen, one of my personal favourites. Paulsen is the executive assistant to Specter, someone you want to hug and strangle at the same time.

Smart, witty and at times eccentric, Paulsen is one unique person that Specter can’t function without.

Unlike Pearson who is always cool and composed, Paulsen is one drama queen who will cry crocodile tears to get her way.

· Outfits that shape the contour of her body.

· Soft dresses that are at times sleeveless or with plunging necklines.

Her wardrobe choices however, may not always be the most office-appropriate. But you see here how Paulsen always uses her body movements, and how Suits’ stylists cleverly use body hugging dresses for Paulsen to portray her feminine charm.

However, I’d like to put in a word of caution here – Suits is make-believe. We live in the real world. With body hugging and revealing clothing, people may misconstrue the message you are sending. So, unless you have red hair and know every secret in your company, don’t do a Paulsen.

Suits is now in its fourth season. Even if you don’t adorn a jacket or any suit for that matter to work, watch it.

Apart from lessons in wardrobe management, Suits has witty dialogues, interesting characters and a good storyline.

Enough reasons for you to spend a lazy afternoon with. Or you can just tune in and watch how Specter struts. Definitely worth your while.

Wendy Lee is the president of Malaysian Association of Brand and Image Consultants and a director at BrandImage International Institute. She is a firm believer that with style, there must be substance! Click here for more Movie Wisdom articles. 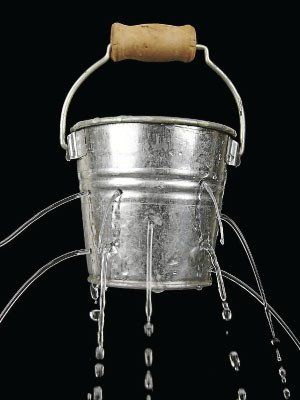 It Pays To Persevere