The 7-step Guide to Networking 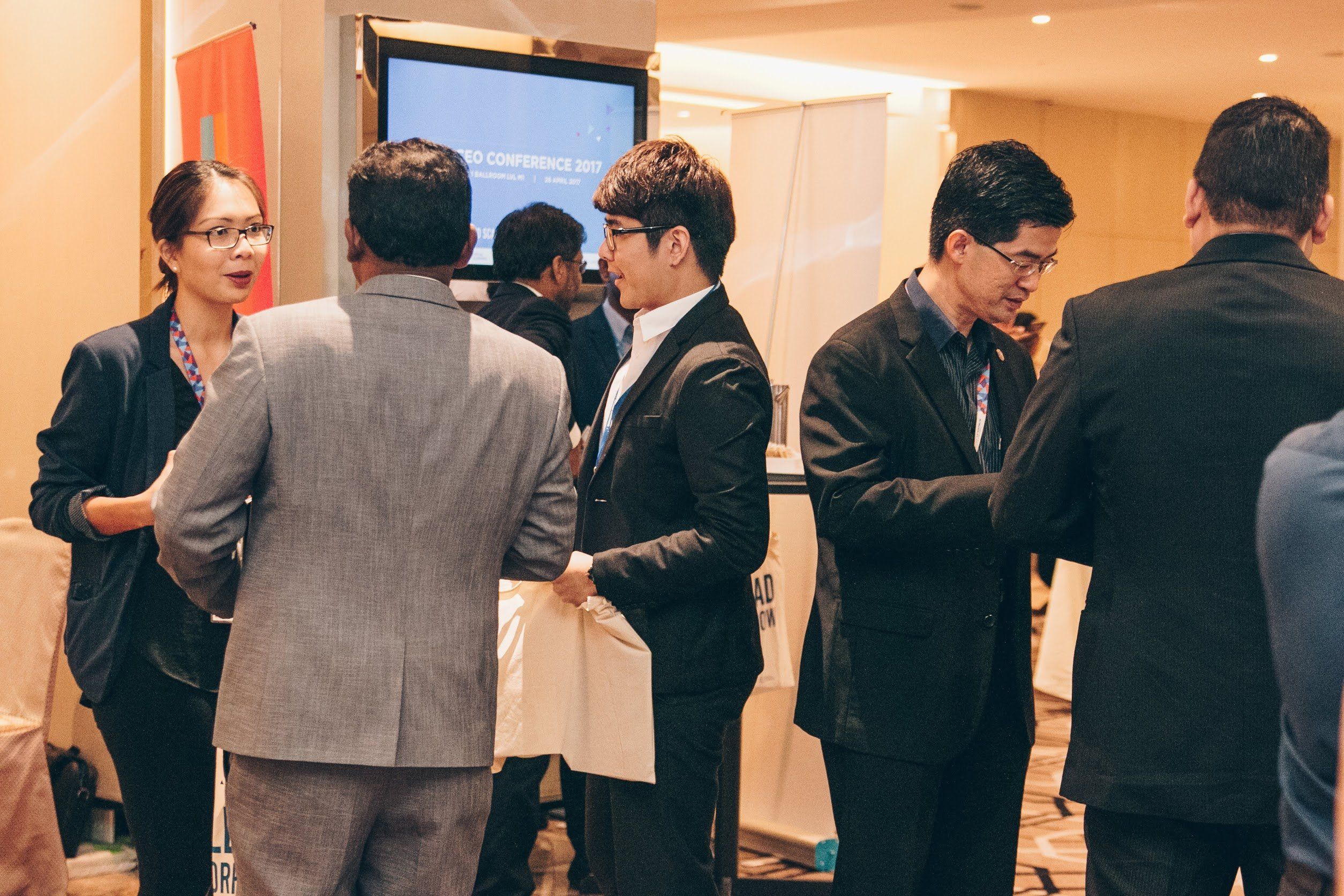 Source: Leaderonomics Archives: Networking
The Guide that Works Especially When you Don’t Like Networking

I am a learned networker, not a natural one. I loathed networking events when I worked in Banking. I am an introvert so the thought of going and talking to groups of people or introducing myself to someone I didn’t know would make me break out into a nervous sweat. What I disliked most however was that they felt awkward and contrived.

I am not alone in my thinking. Numerous studies have shown that workplace networking events for some, if not most of us, can be difficult and stressful. Believe me when I tell you, senior people who have been networking for years don’t find it any easier than you do.

The below are genuine excerpts of conversations I had with Managing Director’s and above in a few organisations:

‘I hate going entering the room by myself. I spend 10 minutes before the event trying to find someone else I can tag along with so I don’t have to go in on my own’.

‘I dislike trying to figure out how to subtly work out how to work your way into a group conversation?

Do you loiter on the side-lines and hope that someone will take pity on you and bring you in, or do you just barge in and introduce yourself?’

‘The worst is when you join a group of people who are talking, and they carry on merrily and you stand there silently trying to think of something to say. You wonder how long it will be before it gets a bit awkward and you have to say something or leave’.

Very few people on this earth actually enjoy work networking events. I have asked Associates through to Board members about this. Most pull a face and acknowledge it’s something they know they have to do so they grin, bear it and make the best of it. If you are reading this and this article resonates with you, you aren’t alone. You are in fact in the majority not the minority.

Work networking events are however a critical strategy to help you in your career goals. Learning how to be good at networking needs to be in your toolkit. A mountain of research shows that professional networks lead to greater job opportunities, help individuals increase their knowledge and strong and well nurtured professional relationships increase job satisfaction.

Years ago, I worked for a man who was one of the best networkers I have ever seen. He excelled at it. He was a big guy with a big personality which helped. I thought he was a natural but he admitted to me he also found the events quite stressful. He’d just taught himself how to be good at them.

So, here are some tips from my ex-boss and what I have learned during my career on how to network effectively when you don’t enjoy it:

1) Have a ‘Positive Mental Attitude’

I know this won’t exactly surprise you but you have to go into these things with positive intent. I don’t mean you have to be ridiculously enthusiastic when you’re not. Just try not to be cynical or negative. Going in with a positive attitude and intent changes how you come across to others. You are more open and approachable when positive. If you have a cynical, defeatist or ‘I don’t want to be here’ attitude, others will pick up on it.

One of the things about my ex-boss was that he was an incredibly upbeat and optimist individual. He wasn’t unrealistic, or naïve, he just chose to see the positive side of things and it made him very charismatic. He was nice to be around and people gravitated towards him. So have a firm conversation with yourself, tell yourself it will be fine and smile as you walk through the door.

Before you go in, work out what you want to get out of the event.  Are you looking to learn something about a particular part of your organisation? Are you interested in marketing? Find the marketing function. Are you interested in the company’s sustainability strategy? Go to the strategy or Environment, Social and Governance (ESG) team. Perhaps you have seen a senior person present at a townhall or on company video and you want to have a chat about it.

Work out what your game plan is and what success looks like at the end of the evening for you. This is a much more productive strategy than walking in aimless which will inevitably mean you spend the whole time in a group with the people you know best. That doesn’t count as networking! It will make the best use of your time and your energy and you will feel a sense of accomplishment at the end.

One of the key reasons why people don’t like networking events is the feeling of going to ‘get’ something. It feels exploitative and self-serving. Many leaders I know have flipped this on its head and go to events with the intention of giving back. They go to help others increase their network and play the role of ‘introduction agent’. This is a role I have often played in events and one I have considered a duty given my seniority in organisations.

When you make it about someone else it’s also an effective strategy to deflect away from you if you are a little shy. Believe me when I say this, you will have goodwill with that person for life when you do something generous without expecting something back.

This is often the bit that people dislike most. Having to make small talk. Having to ask questions and get to know someone better or trying to find sound bites about yourself that make you sound interesting.

Small talk often fails because people are too busy trying to ‘make’ the connection or ‘make’ conversation, so it prevents any intimacy or genuine connection from happening. Relax and simply take an interest in people. Start with some basic questions. What do they do? Which function do they work in? Do they enjoy their role? If they enjoy their role, what is it about the role they enjoy? Then listen to what they have to say. Don’t get anxious trying to think of the next question or worry about the conversation drying up. Just listen. Usually, those first questions are enough to break the ice and create some reciprocity in the conversation. It also guides the way for the other person to ask similar questions.

This is rather controversial and goes against what you may have read elsewhere but don’t go prepared with a long list of pre-planned questions outside of the starter suggestions above. The week before any networking event a friend of mine used to get hold of The Economist, the Harvard Business Review or other great content and would read up on world events and business events. She arrived at the events armed with the latest on geo-political issues and the ‘whose who’ in business.

Reading around subjects and increasing your learning of wider issues is commendable and I would encourage you to do this. The problem with doing this as a conversation starter for a networking event is that whilst you may come across as super smart, it’s unlikely that anyone else has this information to hand so there is nowhere to go with the conversation. It also puts other people on the backfoot as they are often startled by a somewhat random introduction of something they weren’t prepared for.

Keep the conversation neutral to start. Remember that most people will open up more when they talk about their passions, their kids and their pets so start with a light touch and the rest will follow.

Read: You are Never Too Young To Network

6) You are not auditioning.

This is not an audition. You are not a performing seal. No one is standing there giving you marks out of ten. You do not have to perform.

When I was an associate in Banking, this was one of my biggest issues at networking events. I put huge amounts of pressure on myself to say the right thing or do the right thing during my ‘window of opportunity’ with a senior leader or Board member. As a consequence, I became so anxious about getting it right I often became tongue-tied and never said anything at all.

If you are prone to this, give yourself a break. Its unhealthy, stressful and exhausting.  Remember that most people are just as concerned about how they come across as you are and if you mess up in front of a senior person, don’t worry about it. The chances are he or she won’t remember by the end of the event.

You have to work the room and go and actually meet people. I know it’s easy sticking with the people you know but it’s not what you are there to do. Make an effort to break into a conversation and introduce yourself. If you’re feeling awkward about doing it (and most people do) and you don’t have an ‘ice-breaker’ for how to actually introduce yourself to a group, then make a joke of it. Walk up to a group, confess that you don’t really like introducing yourself to people but you’re doing it anyway. Most people will sympathetically laugh as they will know how you feel.

Finally, it worth remembering that someone in your network isn’t truly part of your network unless it’s an active relationship and you, or preferably both of you, feel able to call upon it. Otherwise, it’s just a contact. The connection also has to feel genuine and authentic. I have attended numerous networking events but I never contact people whom I didn’t have a good conversation with or whom I couldn’t relate to.

Not everyone you meet should be or needs to be in your network. Work out who you found the best connection with and where there was the greatest synergy or interest. This allows you to differentiate and build a genuine and useful network. Do it on your own terms. You don’t ever have to network for networking’s sake.

Read More: Getting The Most Of Your Networking Events 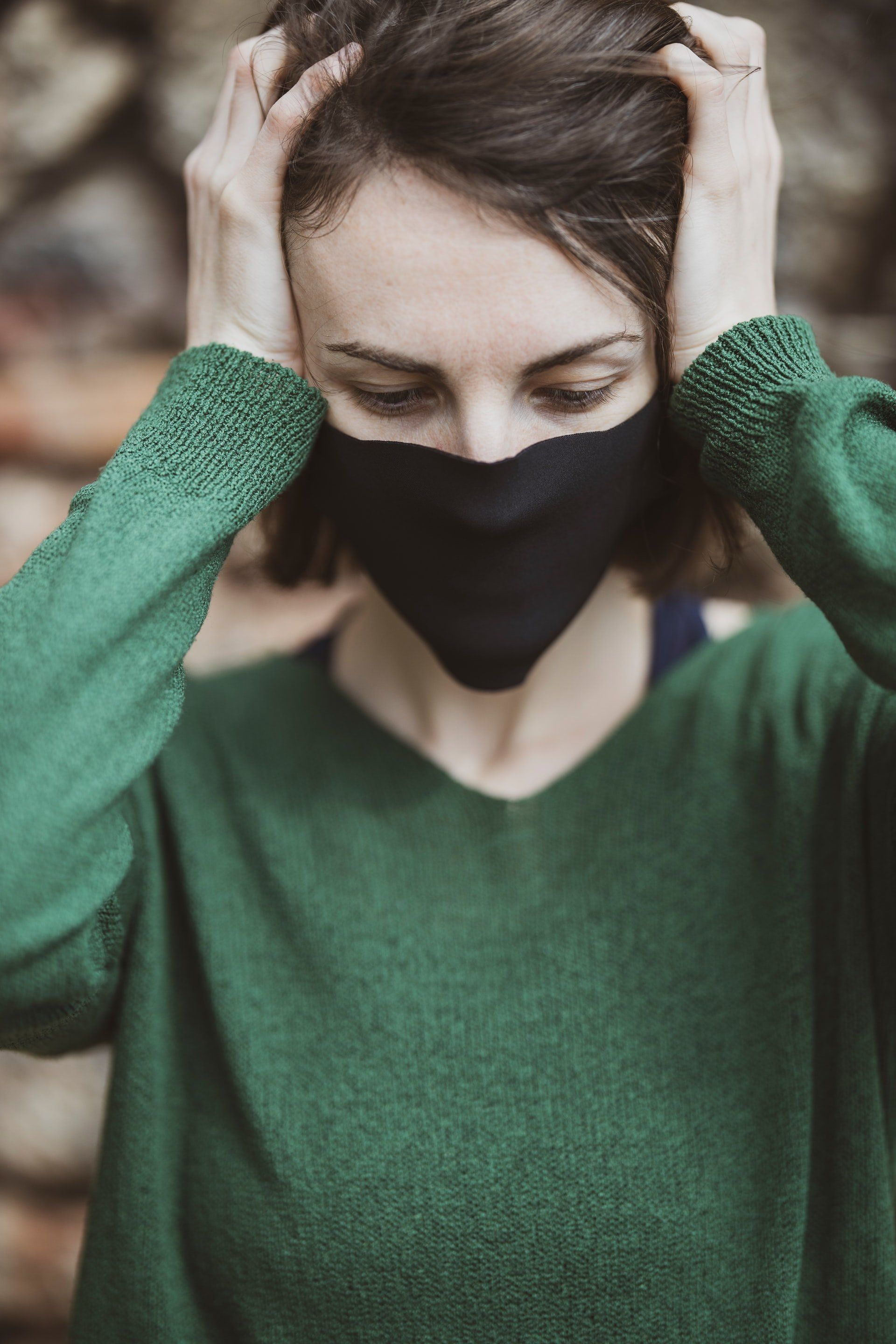 What COVID-19 has Taught Us about Change

Cressida Hamilton
Cressida Hamilton is the CEO and Founder of Chryse Coaching, a company that specialises in coaching, mentoring and training. Cressida works with clients across the globe helping them build their self-confidence, create their personal brand and communicate this with impact. She specialises in working with women at middle management and Managing Director level to help them achieve their career goals and personal aspirations. Prior to devoting herself to Chryse Coaching, Cressida worked in financial services for 26 years. She has worked in several roles within Investment Banking and Finance including operating as the HSBC Bank PLC Group Chief Administration Officer (CAO) reporting into the Group Chief Operating Officer (COO) where she supported the development of the Bank’s strategy and running the office that supported the COO’s 90,000 employees.