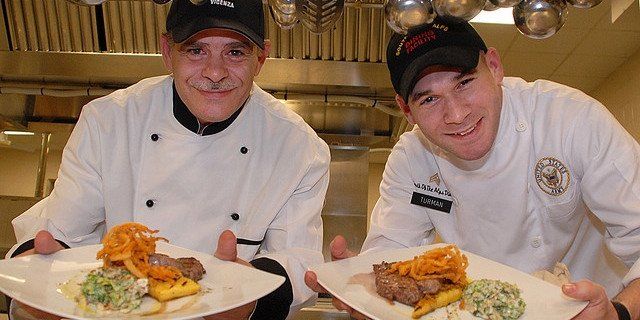 The day I started thinking about my future was the day I completed my PMR, because that was when I thought I could decide which stream I would hop into. Sadly, having achieved seven A’s for the PMR examinations, the weakness in the education system saw it fit to place me in the Science stream despite my absolute lack of interest in any of the subjects. Although I felt that I would have enjoyed the Arts stream more, it was considered an option for weaker students. Nevertheless, I took it in my stride, hoping that I could overcome whatever challenges that came my way.

Sadly, that did not materialise, and I ended up so lost and aimless in the entire mayhem of Science and Math that I just stopped taking it seriously. I skipped school constantly, ignored my studies, and slacked off throughout the rest of my year. Sad but true; this is what a total lack of interest did to me.

I took my SPM and graduated with less-than-flying colours, but my results were enough for me to enter college. Armed with the very few A’s I had, I tried scouting for what I was to be. I was lost at first, and looked into Mass Communications, Law, and Languages, among others. I spent seven months at home after my SPM thinking of what I could do (something different) and what I could not do (something mundane).

And one day, just as I had the craving for a deep dark chocolate cake with butter icing, I suddenly knew what I was going to do. I called up the colleges that offered this course and enquired about everything from the fees to the curriculum. By then, I knew that I wanted to take Culinary Arts.

Contrary to popular belief, this course is not all about cooking and baking; at least, not where I am studying. There is actually a lot more to the world of Culinary Arts as we also learn Business Mathematics, Cost Accounting, Food Science, Entrepreneurship, and Law. The curriculum includes many subjects that I would never have associated with the world of Culinary Arts, but all of which I am glad to have learnt. In this field, people tend to think that years of experience always outweigh the smartest of individuals, which is true to a certain extent.

However, as time brings about changes, we too have to adapt to them. Individuals who believe that being older is the alpha and omega must be aware of the younger generation’s capabilities as we can bring a breath of fresh air to this industry.

Many think that cooking is no rocket science and studying such a field seems redundant or even silly, but this is completely untrue as cooking is not easy. With innovations in science and technology, cooking is no longer confined to just cooking with a pot and a pan over a stove or in an oven. Newer scientific methods of cooking through Molecular Gastronomy and scientific methods of precise temperature cooking through Sous Vide cooking has also shaped this field and industry into becoming one that moves along with the times and is bursting with potential. If you do not believe me, try looking up Culinology, the science of cuisine.

I think the entire idea of me being in a cooking course at 18 after spending my secondary school days lost in the world of scary anatomical parts and chemical equations is very profound and incredible. I think this goes to show that being miserable and lost as a result of a rigid education system does not necessarily mean the end for all of us. With the right determination and inspiration, you can definitely go further. The process does not stop if you fail to get 20A’s or 10A’s or 5A’s – life goes on, and it is up to you to succeed because you shape your own future, not the education system or its perceived flaws.

And true enough, fast forward two years later, my diploma course has ended and I emerged the top student for that particular intake of the Culinary Arts batch. It was especially amazing for me, seeing how I thought that my poor performance in the SPM examinations spelled the end for me – instead, it opened up an entire new world of success, one that I personally enjoy and look forward to making a career out of.

Julian Noel Baptist is a student at Taylor’s University School of Hospitality and Tourism. He holds a Diploma in Culinary Arts and is currently pursuing a Bachelor’s Degree in Hospitality and Tourism Management from the University of Toulouse, France. He enjoys spending time with his family and two dogs and aspires to own a chain of quaint and cosy cafes inspired by the street cafes of Paris, where he will one day be.

20 Hours Away From Home