What Makes You An Effective Leader? 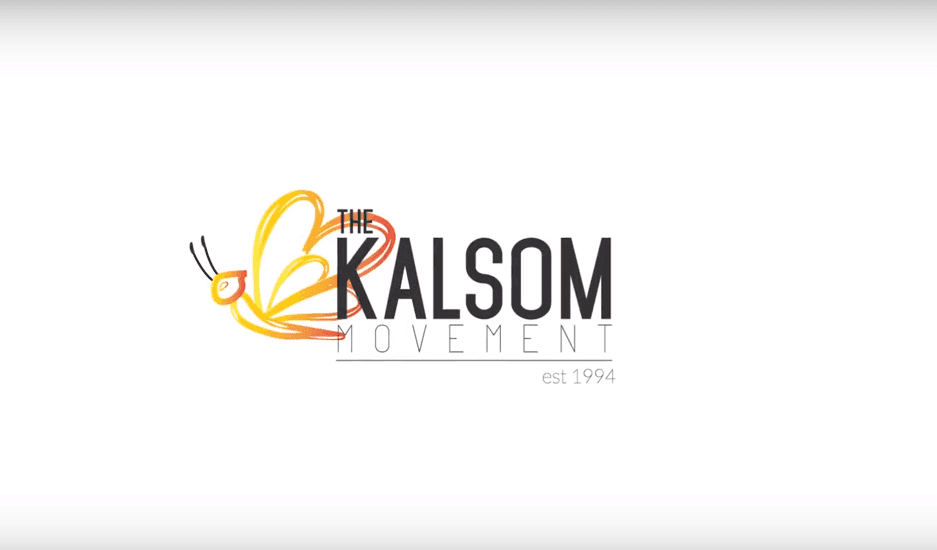 My mother was my teacher. She was persistent and patient in teaching me Mathematics, Science and English when I was a child. She is a perfectionist and that shaped my view of the world. In fact, she’s an Asian tiger mum, if you like!

But I understood that she had her best interest in me. The idea of education being important to my success later in life was very much instilled to the core of my being.

At nine, I told my mother that I will do my own studying. At that age, I was already doing subjects a few years ahead of me. I recalled telling myself that if I don’t study, I would be putting my future generation at a disadvantage.

She allowed me the freedom to study on my own and at 11, I won a full scholarship to a private boarding school in Malaysia. My parents insisted I was too young to be away from home, but I still wanted to go because I know great education is hard to come by.

Years past, in 2004, after Sijil Pelajaran Malaysia, the Malaysian equivalent of General Certificate of Secondary Education in other countries, I returned home not quite finding home to be the same.

I came to appreciate that while I was in boarding school, I was spared from the troubles that had burdened my family. But I think we have always overlooked “hidden”, “covert” poverty in Kuala Lumpur.

As a result, many suffer from malnutrition and have lesser educational opportunities compared to the national average.

Why is this surprising?

Of course, education inequality also exists within the subpopulations of urban cities like Kuala Lumpur and should not be overlooked.

Another important aspect to remember is how fragile and impermanent life is – one moment you are bathed in luxury, and the next in abject, “hidden” poverty.

Do you know of family members or friends in such situations? You probably don’t, because they won’t tell you out of shame, and yet these people find it hard to fulfil the bottom most of Maslow’s hierarchy of needs.

I came to realise how invaluable and how privileged the experiences I had in my boarding school. I had a tremendous amount of guilt towards my family and was determined to push everyone to do well.

They had done extremely well in their universities, but I was also determined for them to be aware of the sufferings of others. Being grateful, staying humble is important.

The beginning of my Kalsom work

When I heard of Projek Kalsom and the work they had done to combat educational inequality in 2009, I was intrigued and inspired.

The premise of The Kalsom Movement is to develop Malaysia’s future leaders by empowering university students to share their knowledge and skills to help economically-disadvantaged Malaysian students achieve their ambitions.

In turn, these university students also benefit from discovering their own leadership potentials and organisational skills and becoming more perceptive of issues surrounding education inequality in Malaysia.

That is what Kalsom is precisely about – a training ground whether you are part of the committee, facilitator or the younger students receiving mentorship.

Here are some lessons from my experience with Kalsom.

It was in 2010 that I decided to take the big step and convinced Sabrina, my sister, to join Projek Kalsom. We haven’t looked back since then.

To be honest, I initially could not find the time in 2010 but then decided to cancel all my other plans during the summer to sign up, so I could convince Sabrina to do the same.

To spend a few days in a rural village in Terengganu was frightening to me and I bet it was for my sister as well, because we didn’t know what to expect!

We do not have a kampong compared to most of my friends who live in Kuala Lumpur but return to their kampong during festive seasons. So this idea of a kampong was completely alien to me.

I recalled the toilet being outside of the house and a huge toad in the bathroom. My foster mother bought a lot of bread because she was told that I don’t eat rice since I had spent many years in the United Kingdom – so that was funny.

When I became director in 2011, I was amazed with the rich history that Kalsom had throughout the 17 years. But there was always room for improvement.

So, I had led my team to register Projek Kalsom under the Registrar of Youth Societies by the Ministry of Youth and Sports Malaysia.

In 2012, Projek Kalsom became Kelab Belia Kalsom and this had led to recognition after recognition by companies, government-linked companies, foundations which became our sponsors and supporters, which led to better modules and programmes for our beneficiaries.

Kalsom has come a long way, and I cannot take credit for all of it.

Secondly, special recognition to Mohd Zulikhwan Ayob who transformed Kelab Belia Kalsom into The Kalsom Movement in 2014. Zulikhwan was recently the 2017 finalist of the Queen’s Young Leaders Award by the Queen Elizabeth Diamond Jubilee Trust and Royal Commonwealth Society.

The transformation turned The Kalsom Movement into a performance-driven entity with a huge focus on impact measurement. And I am happy to say we have great examples of our successes.

I’m now the Chair of the Board of Trustees of The Kalsom Movement. I am no longer the 21-year-old director grappling to understand my own leadership style and juggling medical exams.

Sometimes, it’s difficult to remember this. I can be that perfectionist “mother” and will fail to see that many other people are not like me or share the same ideas as I do.

More importantly, what you don’t want your organisation to be is one that is cowered in a culture of fear. The standards that we set in The Kalsom Movement were so high. Very often, we achieve this with no issues at all.

But I forget sometimes (and the world forgets, too), that this movement is run by students who volunteer their time; they are not full-time employees.

It was Dr Thomas Tapmeier, my Doctor of Philosophy supervisor in Oxford who reminded me of this. In March 2018, I had a difficult challenge that left me emotionally drained. My supervisor told me to take the week off.

He could be one of those people who said, “Your work is key. I am not interested in your personal issues.”

He didn’t. He responded to me in kindness in my hour of need.

My point is to exercise compassionate leadership, with a caveat, that we must be professional and accountable.

I did take the week off. When I came back, I worked harder than ever, and gave better results.

Organisations that promote values above performance see a phenomenal transformation in the work ethics of their employees which results in better performance.

So, promote compassion, understanding and transparency. Promote communication. Above all, be compassionate to yourself.

In the words of Sheryl Sandberg, the chief operating officer of Facebook, “Done is better than perfect.”

Try to let go of unattainable standards. Aiming for perfection causes frustration at best and paralysis at worst. 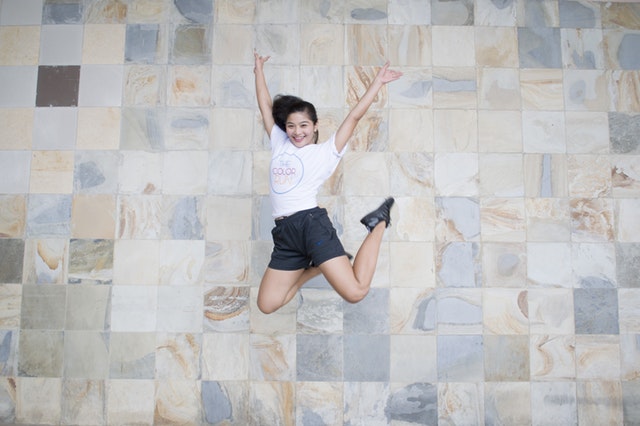 READ : Are Teachers Micromanaging Students Too Much?

Lesson 3: Be the best at being a leader

I still recall the first time I was trying to register Projek Kalsom in 2011; it took me almost a year because getting the right people on board was difficult.

Leaders are visionary; leaders set the strategic direction of the team.

Unfortunately, at that time, not many shared my views about Kalsom, so it was a stressful time for me. Progress was stagnant until 2014, which brings us to my next point.

The best things come to those who are purposeful and patient. Finding your team members, finding people who share your vision and values is essential to achieving the goals of your organisation.

Lesson 5: Leaders are not heroes

My biggest leadership lesson is this: Leaders are hosts, not heroes. It is an idea by Margaret Wheatley and Debbie Frieze in 2010, which struck a chord in me so deeply.

You don’t want to be the hero with zero. You cannot do everything. The best leader is one who can recognise, develop, and motivate the talent to achieve the goals of the organisation.

He/She knows who is the best person at doing what and leverages this person appropriately.

Do you think you might be a hero? Do you take on too many projects?

The illusion of being a hero comes from the best intentions. You think you’re special. You think you are the only person who can solve and fix things, and that no one will ever be able to step up to your level. That no one cares about the organisation.

So, these heroes with zero micromanage, give unconstructive feedback and are hostile and are striding down a one-way street to destruction. That street is a dead-end!

They end up in that dead-end – alone, exhausted, and unappreciated. The challenge is simple, if you do all the caring, why will anyone else care?

People do not need saving. The organisation does not need leaders with saviour complex.

Think about it, why do the members of your team want to work with you? It is because they share the same beliefs and goals, they want to contribute, and they believe that they have the ability to do so.

Encourage them, walk at their level, understand what makes them tick. Take time to know them. Trust them. Allow some flexibility, allow your team members to make mistakes so long as it is not catastrophic, so they may learn from them.

It is your job as a leader to think ahead, to control the learning environment, and make it a safe space for them to learn so that they grow. Support your team, and they will support you.

Support your “family” before you go out trying to support others. Most of us are nicer to clients, guests, and other external people, but forget to be nice to the very people who will support you.

We are less forgiving to those in our team. Learn how to give constructive feedback. Do not personalise mistakes; instead, personalise development and growth. Leadership is common sense. It is not about just your IQ (intelligence quotient); it is about emotional intelligence.

“Serve to lead” is the motto of Sandhurst Military Academy, which I believe describes what I am trying to convey as well.

With that, I would like to invite you to think again: What makes effective leadership?

Hannah Nazri is the Chair of the Board of Trustees of The Kalsom Movement, an Associate Fellow of the Royal Commonwealth Society, and 2015 finalist of the Queen’s Young Leaders Award. Outside her trustee role, she is a medical doctor and Doctor of Philosophy candidate at University of Oxford. Her speech during UKEC’s 2018 Impact Stories, inspired from her reflections on leadership during her time in The Kalsom Movement, is captured in this story. 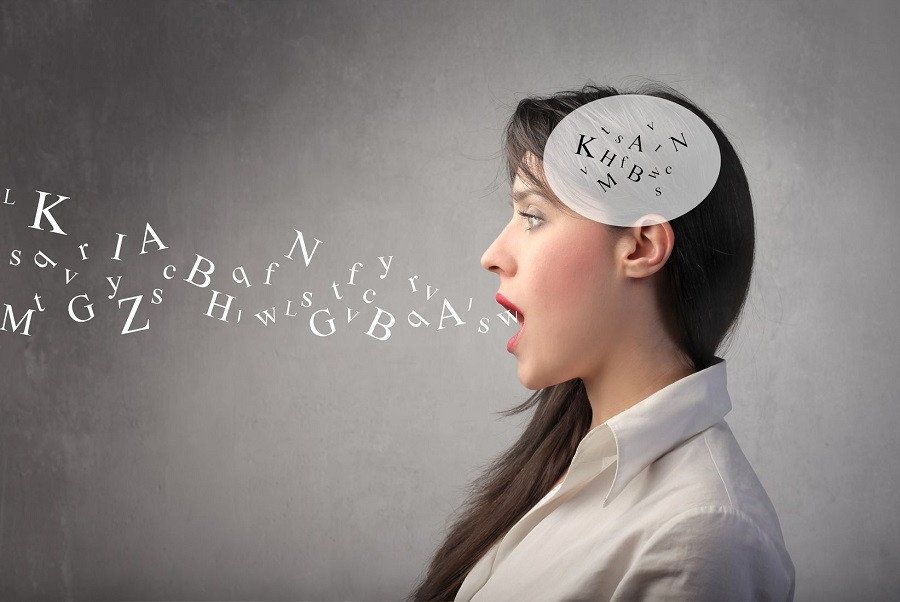 Do You Know What Your Subconscious Mind Is Doing To You?