Unleashing The GENIUS Within 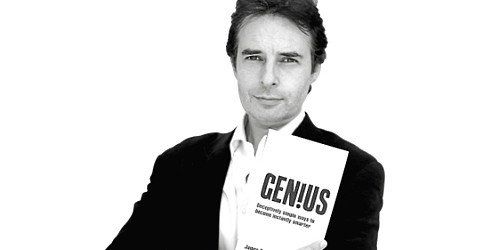 Taking the path less traveled by being self-employed since leaving university is not for the faint-hearted. It takes guts, ingenuity and self-confidence to be able to independently eke out a decent living in the absence of a regular pay cheque.

If more among us knew the “little secret” that each and every one of us has the seeds of a genius and “divine power” within us to achieve whatever we set our mind to, then the fear of failing would not have stopped so many people from pursuing their dreams.

Taking it as his personal crusade to share this invaluable knowledge, British “lateral thinking” expert James Bannerman has remained self-employed under the banner of James Bannerman Creative Services since he left university back in 1989.

He says he deliberately took this path because it gave him the freedom to do all kinds of “work engagements”, rather than jobs.

“It demonstrates how ‘careers for creative types’ (or portfolio careers) invariably flow and morph from one thing into another, and it often involves doing several things at the same time,” Bannerman shares with myStarjob.com.

His creative and independent streaks must have something to do with this.

As a young boy of three, Bannerman was already taking to his guitar and by eight, he was writing his own songs. He ended up touring France and Belgium with his school band at the age of 12.

Years later when he was in his 20s and early 30s, he was writing music professionally for television, films and pop songs for stars from around the world.

He says one of the hit songs he wrote, Love Is Different Everytime, was translated into the Malay track Apabila Impian Menjelma, sung by Ning Baizura back in the 1990s.

“And, in a roundabout way, as a result of those early childhood experiences, I have always been fascinated by creative thinking, innovation, and how people come up with ideas. That’s essentially what I do now, specialising in lateral thinking,” he observes.

Not one to shy away from failures, he believes it is possible to fail repeatedly and yet eventually succeed.

Looking at virtually anyone who’s achieved great success in life – from Walt Disney to Albert Einstein, he says there is a good chance of finding a history of setbacks and failings they had to come to terms with, and the obstacles they needed to overcome.

From failing in his first book attempt, Bannerman “took the bull by the horns”, persisted in his endeavours and transformed himself to become a renowned author and business consultant, trainer and speaker following the success of the launch of his book, GEN!US deceptive simple ways to become instantly smarter.

Relating his experience as a “rookie” book author, Bannerman says it was in 2005 when as a wide-eyed lad, he was signed up by a major UK publisher who liked the book proposal he sent to it.

“I was ecstatic! I felt like Charlie in Charlie and the Chocolate Factory who’d won the last ‘golden ticket’ and that was the problem. I got so carried away and foolishly ended up racing ahead in all directions, and started writing a book on creativity that had everything in it, from creative neuro-science in Australia to creative-justice in the United States. It simply didn’t work. In 2006 I lost that deal,” he recalls regretfully.

However, that experience taught him two profound lessons about book writing.

“Firstly, if you are going to write a book then make sure you write in a reader-focused way, and not in a writer-focused way. Keep asking yourself, who you are writing for, and what benefits will it bring to them?‟

The invaluable lessons helped him to re-focus and to go back to the drawing board to start out over again. Out of the ashes of his first book, Swordfish Thinking, he ended up signing a new deal with the same editor and the same publisher several years later which gave rise to his best-seller, GEN!US deceptively simple ways to become instantly smarter.

It went on to become a UK best-seller during the London Olympics last year. The book is now being translated into numerous languages from Chinese to Italian, and is set to be launched in the United States in January 2014 under the title Brain Boot Camp.

Published by Pearson, GEN!US shows how lateral thinking can help people to achieve “genius moments”, in business and life.

According to Bannerman, the book delivers a treasure trove of simple, powerful techniques to help anybody be instantly ingenious and increasingly mentally skilful.

“The book shows you how to channel the life-changing principles of creativity to help you achieve more, to achieve success and become instantly smarter. You will learn to creatively solve problems, generate brilliantly original ideas, use clever tactics to persuade and influence and look for once in a lifetime opportunities to shine, succeed and really stand out,” he adds.

Following the success of GEN!US, Bannerman has been given the green light by the book publisher to write a sequel to GEN!US that will be entitled BUSINESS GEN!US deceptively simple ways to excel at work, which is scheduled to be out in 2014.

The book’s success has been keeping Bannerman busy with GEN!US talks and seminars around the world, from Singapore to Saudi Arabia and Florida, to inspire organisational creativity and business innovation.

He also works with clients like Aston Martin on innovation and leadership development programmes, and lectures on organisational creativity at business schools like Warwick Business School and Oxford Brookes University in the UK.

Not one to rest on his laurels, he is exploring the opportunity of turning GEN!US into a TV series on creative thinking, alongside completing his PhD thesis on lateral thinking.

Bannerman admits he continues to find the world of creativity and psychology a never-ending source of fascination, and loves the interesting people he gets to work with in all kinds of companies and countries.

“I still view my professional life as a work in progress, and I’m hoping many more happy moments lie ahead,” he professes candidly.

He still has a number of goals and targets (both professionally and socially) linked to building the GEN!US brand and creating a portfolio of GEN!US products (from TV edutainment documentaries to recording more pop songs).

On what inspires him most, he says that his over-arching vision is to “help the world think more laterally”.

“Admittedly, that sounds very grand, but it really is what drives me. I genuinely believe that so many of the world’s problems are either caused by, or perpetuated by, a lack of lateral thinking, and by helping people – in businesses and beyond – to unleash more of their creative potential in a positive way, I sense that a great deal more can be achieved!” he enthuses. 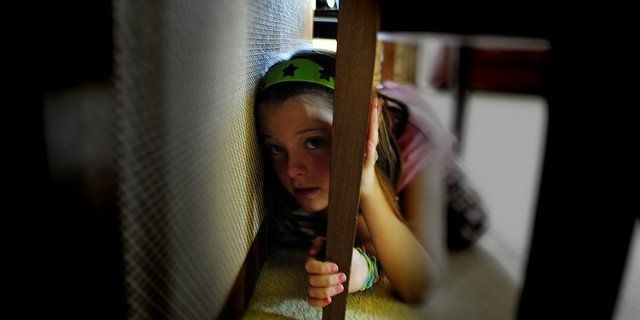 Get Out Of Your Shy Zone!