Ultimate Frisbee: In The Spirit Of The Game And Leadership 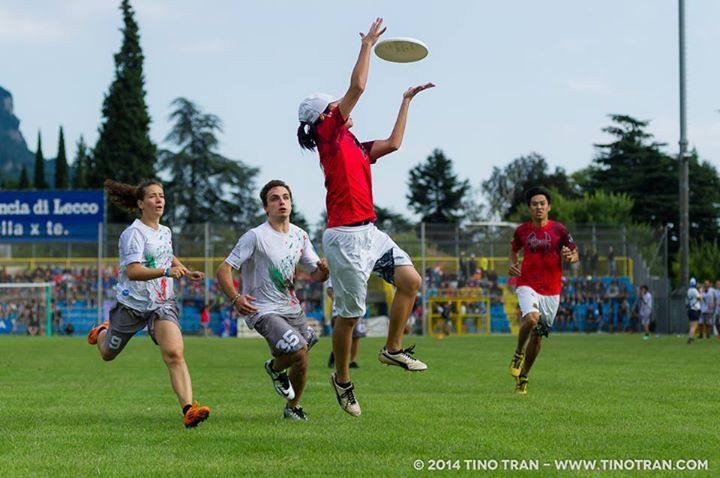 Exactly a year ago, after much scepticism, I finally relented and decided to give ultimate frisbee a go after being a victim of constant propaganda by a group of “ultimazombies” I know. Since then, I have been an ultimazombie myself.

There seems to be a strange appeal with throwing around a piece of plastic from one end of the field to the other.

After I did it once, I wanted to do it again, and again. Every time I did so, I left feeling happy. Happier each time.

So, what is ultimate frisbee?

To begin with, it is a non-contact team sport which is played with a flying disc, in which the goal of each team on both ends of the field is to get the disc to their respective opposing ends, called end zones.

The game takes its origins from New Jersey where it started back in 1967. Later in the early 2000s, a group of teachers from the International School of Kuala Lumpur (ISKL) introduced ultimate frisbee to the Malaysian community. It has since gained a lot of traction.

What makes ultimate frisbee so unique?

Compared to most sports, a game of ultimate is self-refereed. It runs on one essential element, which is the “spirit of the game”.

It encourages fair play and sportsmanship. So, should disputes arise between teams, they are usually resolved by team captains.

Should there be irresolvable differences, though they rarely happen, captains follow standardised rules by the World Flying Disc Federation.

The amazing thing is that ultimate’s self-refereeing system works beautifully and rarely ever fails.

Therefore, ultimate frisbee is a great place to build your leadership competencies, as so many of the lessons I have learnt in ultimate are transferrable to other aspects of my life.

In ultimate frisbee, mutual trust between team members is necessary to get to the end zone. We see this spirit reflected more so in “hat tournaments”, which is another unique aspect of ultimate frisbee.

Hat tournaments are not your average sports tournament.

Players are sorted into teams by the organisers. This is done by randomly drawing names from a hat, and teams are balanced out based on skills and experience.

Team players range from veterans to absolute newbies, and consist of people you don’t know or have never played with.

The captain of the team is then chosen based on experience and skill level. The trick is that teams usually need to trust that their new and unfamiliar teammate will do his or her part, be it in an end zone defence or catching the disc.

As a result, hat teams tend to form very strong bonds after a tournament.

Similarly, in a project, when you have a goal to achieve, your progress is only as good as the level of trust between your teammates.

By trusting your teammates, you can build dynamics with one another and fully harness the power of collaboration to see a project through to success.

A great place to see this in action is during a hat tournament. As players in a team also consist of absolute newbies, more often than not, they tend to be intimidated by other veteran players.

The tournaments are a celebration of brilliant team captains who have the ability to motivate their team players, whereby they develop rapport amongst the team and build confidence, especially in less experienced players.

Whether it is through an excitable team cheer or a rousing motivational speech, they take good care of their teammates by means of empowerment.

I am constantly reminded of the times that my team captain believed in my ability to cut better or jump higher to “sky” (catch) the disc, when I didn’t believe in myself.

Likewise, when working in teams for a project, the leader of the team is in charge of morale.

Leaders are able to bring out the best in those who lack faith in themselves and help them realise their true potential.

3. Your actions can affect others

Ultimate frisbee builds responsibility and accountability. When you drop the disc or fail to catch it, a “turnover” happens, in which possession of the disc shifts over to the other team.

As a result, your team has to work harder to return the disc to their possession, meaning that their initial efforts had gone to waste.

The guilt will then begin to build up within you, and you’ll try very hard not to drop the disc again the next time.

In team projects, you are responsible to carry out the task you have been delegated with utmost care and commitment.

You are one of the puzzle pieces that will complete the whole picture, so if you fail to do so with reasonable care, you will affect the progress of what your team has done so far.

Ultimate frisbee pushes people to learn and master new skills all the time. It’s difficult to try to develop another skill when you haven’t mastered one.

In that sense, the learning curve for ultimate is rather steep and requires patience, as well as leaving one’s comfort zone.

When I started playing ultimate, I didn’t believe in my ability to flick the disc half-field.

Being an extremely impatient person who loves to see immediate results, it was out of my comfort zone and I was frustrated.

After a few months, I was surprised by my own ability to flick the disc half-field. Not only did I ace that aspect, I managed to stretch my patience as well.

In team projects, one should always take the initiative to learn something new, no matter how long it takes.

Learning is a long and continuous process, and should never stop beyond the classroom. After all, what does one have to lose from learning something new?

Deciding to play ultimate is one of the best decisions I have ever made in my life.

There are many more leadership competencies one can amass from playing ultimate frisbee, so why don’t you join a pick-up, give it a try and share what you’ve learnt, too?

Cassandra originally thought that frisbee could only be played with pet dogs, but her perception completely changed when she finally surrendered to constant badgering to try out ultimate. Her first pick-up was not her last. To connect with Cassandra, email us at editor@leaderonomics.com. For more Starting Young articles, visit www.leaderonomics.com 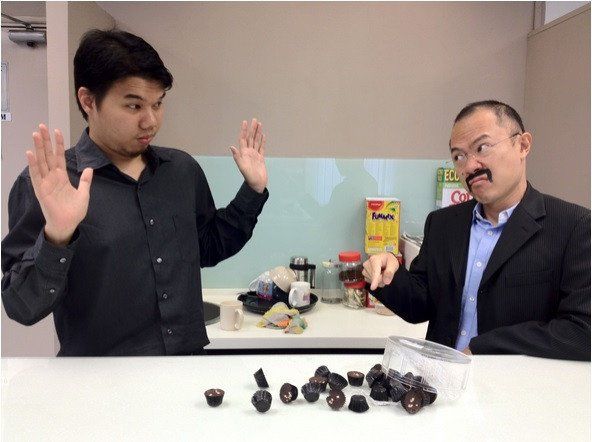 Working With A Toxic Colleague?