Top Of The World: A Chat With Leading Lady Nicol David 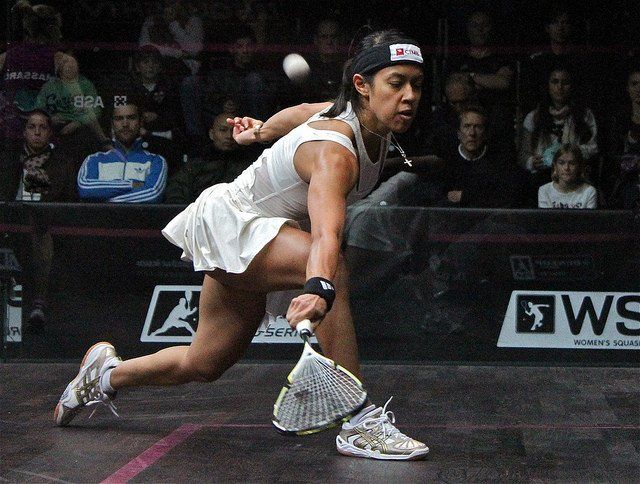 Having personal goals during early childhood is not something many would have given much thought. Datuk Nicol David, who started her journey towards achieving her ambition at a tender age of five, is one extraordinary person who knew what she wanted right from the beginning of her illustrious career.

The winner of the World Open title for a record of seven times shares with The Leaderonomics Show that she was first introduced to squash by her father’s friend, who built the public squash centre in Penang.

“When I was nine to 10 years old I was already travelling around Malaysia for squash and subsequently, travelling overseas and meeting new friends,” she recalls, adding that people were also telling her that she was talented and could go somewhere in future.

“All these words encouraged me to step up in order to do this better,” she says, recalling how she had to push herself further from the moment she set her mind on pursuing squash seriously.

When she first won the World Junior title at 15, it all clicked and she thought, “Maybe someday, I will be a world champion!” Her dream did come true through sheer hard work, consistency, determination and resilience.
This might interest you: A Smashing Star – The Leaderonomics Show With Datuk Lee Chong Wei
At 16, Nicol was the champion for both the under-17 and under-19 categories at the 1999 British Junior Open, champion for the senior and team categories at the South-East Asian Games and champion for the under-19 category at the German Junior Open.

It was a remarkable feat for a 16-year-old whose peers were either occupied with school or social activities.

Her greatest feat that year was becoming the youngest winner of the Women’s World Junior Championships in Antwerp.

A year later, Nicol entered the professional circuit by joining the Women’s International Squash Players Association (WISPA) and went on to win her first professional title at the Savcor Finnish Open.

With intense training day after day and tough moments encountered during competitions, one wonders if Nicol had down moments where she felt like giving up, and what motivates her to carry on?

“When you put in the effort, waking up in the morning with body aches, and unable to get out of bed because your body is too stiff and hurting too much; these are the times you wish you could take one day off from training,” she admits.

At the same time, she knows that the same feeling will recur the next day and cause a disruption in her training programme. “Before you know it, your programme will not be fully set for what you are training towards and the preparation will not go on as planned,” Nicol stresses.

Having gone through this feeling before, Nicol knows for a fact that after pushing through that one day when she does not feel good, she will be so glad she did, and will derive the satisfaction of having persevered till the end of the day.

“When I’ve trained and followed the programme as hard as I could, I trust that when I go into a competition, everything will fall into place,” she muses.

She adds, “In the show court where everybody’s cheering for you, you just want to keep doing that all the time and doing your best to reach that optimal stage of performance.”

“That feeling when you are doing your best – coupled with the focus, the movements and the ‘highs’ you get on the court and everything coming together – is inexplicable!” Nicol grins.

Losses: a turning point towards success

While Nicol has been known for her winning streaks, there were losses throughout her career which she remembers vividly.

“One of my biggest losses was at the 2002 Asian Games in Busan, where I failed to retain the gold medal I’d won four years earlier when I was 14 to 15 years old,” she reveals.

“It was the lowest point of my life and I was really devastated,” she recollects. However, she admits that the incident gave her the turnaround of what she needed to do next.
Recommended reading: Failure Maketh Man
“I decided to move to Amsterdam to train under my current coach Liz Irving from Australia. She is a former World No. 2 and World Champion for the Australian team, so she knows exactly what it’s like for me to be the top of the rankings,” she adds.

Moving to Amsterdam was the turning point in Nicol’s life, both in her personal and professional growth. While she was there, her routine involved two to four hours of training twice daily, six days a week, and was spent working on her fitness, speed and her strength.

“The Amsterdam move helped me reflect that I should not just depend on what I can do, but what I could do with what I have,” she continues.

Nicol was ranked 53rd when she returned to the circuit in 2003, but just within a year, she was among the world’s top 10.

The year 2005 closed with a bang when she became the youngest world champion by winning the Hong Kong World Open, placing her at No. 1 in the world rankings.

“That was no doubt the happiest point of my life, because my dream of being a champion had turned into reality!” she gushes.

Although squash, like in many other sports, exists in a male-dominated world where the attention is predominantly on the men, Nicol claims that in recent years the women are getting more support and coverage. Besides that, the quality of the women’s game has grown by leaps and bounds.

“We get a lot of feedback from spectators saying how intense the women’s game is and how they really enjoy watching us play,” she raves and opines that squash has indeed gone a long way from where it used to be.

“So we are definitely on par with the men and it’s great to hear people finally appreciating women’s participation in sports and squash,” says Nicol.

With the US Open offering equal prize money for both men and women since last year, Nicol points out that the bar for tournaments in America has been raised. She also expresses her hope to see the World Series events step up their mark to put both men and women on equal footing.

Be the master of your own environment

During the build up to the 2004 Athens Olympics, Nicol was given the honour of carrying the Olympic torch for Malaysia. She was also appointed the UNDP National Goodwill Ambassador for Malaysia.

Nicol was also WISPA Player of the Year for six consecutive years (2005 until 2010).

In June 2008, she was honoured with the Order of Merit (darjah bakti), an award bestowed upon 10 recipients who have made significant contributions in arts, science and the humanities.

In July of the same year, Nicol became the youngest person ever to be conferred a Datukship in Malaysia when she received the Darjah Setia Pangkuan Negeri award from her home state of Penang.

Despite the numerous honours and accolades received, she endears herself to her fans both at home and abroad with her humility and sportsmanship.

Nicol attributes her success and her down-to-earth nature to the love, support and appreciation showered by her family, friends and teachers, who provided her the right environment towards her pursuit of her passion.

“They really gave me the ground to fall back on wherever I was, and provided me the love that I always carry with me and would like to share with others,” she says.

She stresses on the importance of surrounding oneself with good people who will also give the support and guidance needed to achieve and excel.

“I have always been fortunate that I have the right people around,” she beams.

For someone who does sports for a living instead of de-stressing, what is her outlet to release stress?

“That’s a good point actually! I told friends at the squash club that they are there to release stress, but I’m here for what I do, which I love doing!” she quips.

This energiser bunny (as she is fondly called due to her incredible speed and agility) reveals that she street dances and doodles on her sketch pad during her free time.

“While drawing, I do not think of anything I want to do and let the picture follow,” Nicol adds.

Development of athletes at grassroots level

Admitting that there is a timeline for all squash players, she plans to keep going in competitive squash for another four to five more years if her body is still in shape and she is injury-free.

After retiring, she would like to set up a squash academy in Malaysia to develop and nurture good athletes from the grassroots.

In line with her passion for drawing, she also wishes to have her own product design company.

“Or who knows if I can collect enough art pieces or sculptures, I may have my own gallery!” she enthuses.

When asked to complete the sentence “A woman has actually made it…”, Nicol concludes, “… if she has the love and passion towards their fullest reach of their potential.”

For the full interview and other Leaderonomics Show interviews, find us on YouTube at leaderonomicsmedia 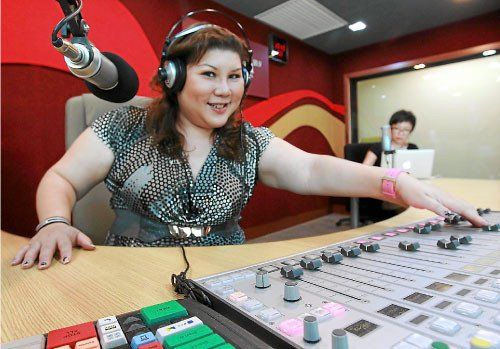 Waking Up To Joanne Kam: Up Close & Personal With A Radio Announcer