To Read or Not to Lead, That is The Question 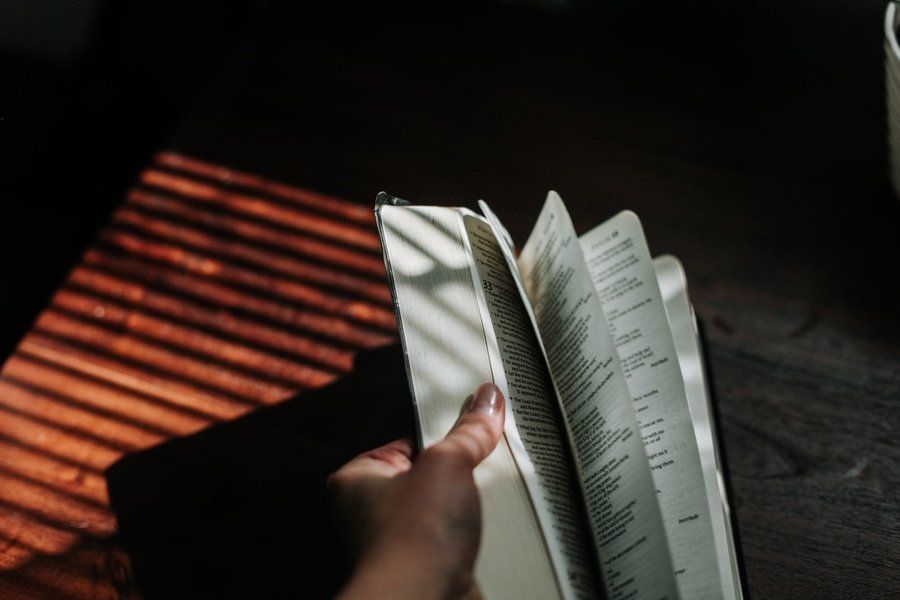 Reading Inspires You To Seek Context To Better Understand The World, Then Empowers You To Create Your Own Wisdom.

We live in an emerging world that requires a new order, one based upon a flow of intellectual capacity.

In fact, a readership crisis is actually a leadership crisis. The more people in a community do not read, the less a chance they have at attaining organisational goals and ultimately, at finding a truly, exemplary leader.

How come, you ask? Quite simple, really. Knowledge accumulated from reading builds on existing experiential knowledge and is handy at the most unexpected times. Leadership issues always occur at the least anticipated times anyway. Marry them and you will see deserving outcomes.

While scholars have highlighted that reading is about gaining knowledge and eventually wisdom (a linear way of looking at it), reading, in effect, also inspires you to seek context to better understand the world, then empowers you to create your own wisdom. Now that is reading at its best. 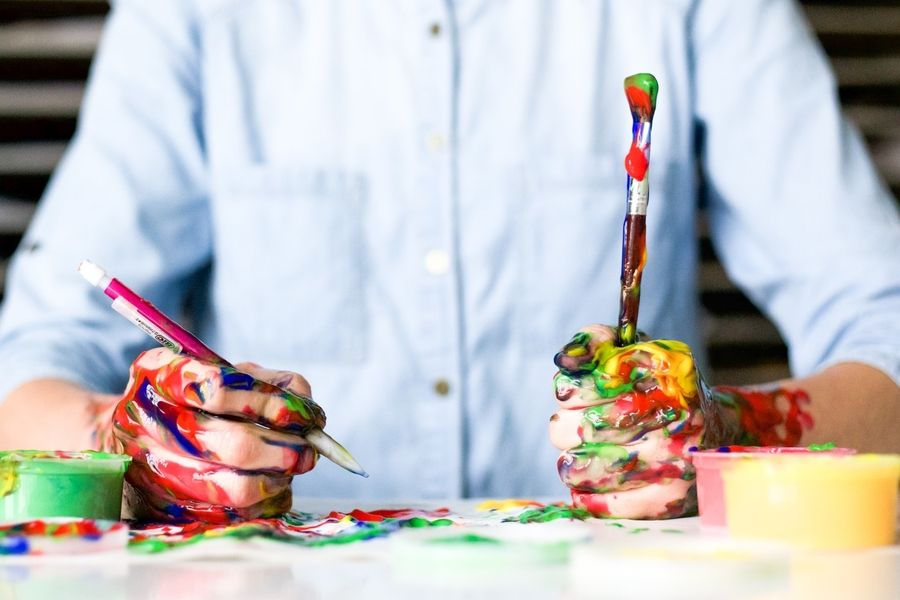 I shall now choose a compelling book and demonstrate within my word capacity, how I materialise what I mean.

Four bright beacons from a book

It was when an experienced leader suggested a book for me to read, that I began to view leadership from a different perspective. It was Jim Collins’ Good to Great (G2G), a fiery book that clearly describes case after case of good and great companies as well as the leadership qualities and characteristics that assisted these companies in becoming what they are.

Poring over each line and page gave me views which I had never had before. Some ideas and concepts which I hold close to my heart are the ‘window and the mirror’, ‘humility in a leader’, ‘sitting on the right seat and getting on the right bus’, and the importance of having disciplined people in the organisation.

1. The window and the mirror

In the current world of kaleidoscopic change, it is essential to compartmentalise and focus on ideas, one at a time. Contrary to many leaders’ beliefs, Collins shifted the limelight from a leader to a follower – an excellent follower or worker that is.

The traditional hierarchical organisation does not fit in the new world. He said that when there is success, a leader looks out of the window and thanks the subordinates, the workers. This means a leader does not bask in glory and does not allow all planets of compliments to orbit around her/him as the glowing sun.

On the other side of the anchor, when something fails, a leader looks at the mirror and looks at the self. The leader does not blame others but him/herself and then proceeds to moving forward to better the situation. From this concept alone, you learn to try to show appreciation to others when something goes well or as planned and no matter how difficult, try to accept blames and weaknesses as your own.

Blaming oneself and no one else is something nobody is used to, especially when in actual fact, others are also partly to be blamed

This is not as easy as Collins makes it to be as blaming oneself and no one else is something nobody is used to, especially when in actual fact, others are also partly to be blamed over a foul in a system or in a task. Try taking on this idea and putting it into practice. Take pride over this new concept, and next time something is achieved, try to publicly announce individuals and their efforts that lead to the success of a task. Experience the difference.

2. The humility in a leader

Collins stresses the importance of a leader who does not only have courage but also humility in everything that he or she does. This concept keeps you grounded and pushes you to be a thinking-worker and not a boss.

You need to realise that being on a pedestal does not get things done as expected. Try going to the ground and getting your feet dirty as well. At times, try completing what is not completed or what is left for tomorrow. As you type letters, send emails, and make copies of documents, you will realise that things will soon get done on time and those you lead will move faster and more efficiently.

Efficiency has to be maintained and built into the system of whatever industry you are in. Therefore, it is important to lead by example. Remember also that in the story, Anabasis, Xenophon proposed ideas and did not dictate. He asked for better ideas than his in an expedition that showed a strategic, fighting retreat that saved thousands of stranded mercenaries in 400 BC.

So, other than thinking and going barefoot, being humble also simply means asking politely, saying ‘please’ and ‘thank you’ at every possible path crossed. At its core, relationships are assets and ensure sustained growth. Merging thinking and action in every humble individual is a new strength.

3. The right seat vs the right bus

It was a delight for me to learn that there is such a thing as having people sitting on the wrong seat and having people on the wrong bus. Many leaders struggle with some staff who are not able to perform as they wanted them to and while they sometimes blame themselves for not being able to guide enough, this concept points to the fact that there are people who cannot carry out certain tasks no matter how hard the leaders try.

It is also crucial to understand that there is such a thing as having people who should be in another department, unit, division or institution. A heavy weight is lifted from our shoulders as we now bathe and lull in this idea.

‘Our theories determine what we measure’ – Einstein.

The key is to be courageous and bold enough to notice and accept this fact before taking action. Yes, this means taking action which necessitates the removal and/or relocation of staff where suitable. As a leader, you can now make informed decisions on who needs to go where and as a subordinate, you can also suggest why you need to be elsewhere and carry out different tasks.

Bear in mind, though, that convincing the boss is not necessarily easy and having to tell such news to subordinates is not a walk in the park but if these must be done, take steps to inform as efficiently as possible for the sake of sustained growth.

4. The importance of having disciplined people in the organisation

Remember that you must steer around disasters before they occur.

The leader who suggested G2G also shared this: ‘disciplined people, disciplined thought, discipline action’. Many a time, leaders succumb to sympathy or to the notion of mediocracy at the expense of the organisation.

Some choose to bear with incompetence and expect more from others to cover the tasks of the underperformers. This harkens back to the Pareto Principle I once mentioned in another article in Leaderonomics.

Allowing efficient ones to carry the load of the inefficient is unacceptable to Collins. This imbalanced situation leads to demotivation and will affect the outcome of organisation production – whatever these may be. Sometimes unexpected hiccups like bad social skills which manifest after some time can also endanger good morale and affect the organisation’s livelihood. 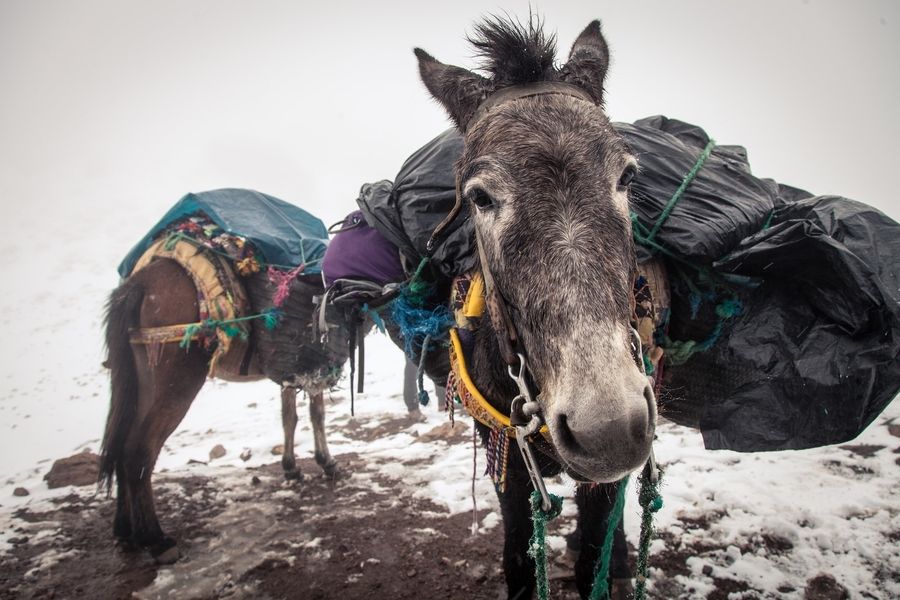 You have to realise this very early into your leadership and take steps to ensure that nobody is dysfunctional and shortchanging the organisation at the expense of others. You may firstly try coaching and coaxing your staff into performing as expected and according to inclination and experience. Understand the Vygotskian notion that all learners need to be scaffolded before they can be empowered to act on their own and perform their best. Having tried assisting, chatting heart to heart, modeling, explaining, positive reinforcements, and providing additional resources, you could perhaps accept Collins’ truth – a new reality – that disciplined people are needed and only with such people can disciplined thought and action come by.

By then, you would have done the needed screening and arrived at a calculated risk as a solution. Remember that you must steer around disasters before they occur. Suggest that different seat and/or bus. Accept that you will be facing an ambiguity – of not knowing what would come next but at least you know one thing: You have evolved into taking risks and being okay with the unknown.

Having understood all four concepts, do not forget to record all communications in writing. Nothing assists you better in leading and in being lead than having documented evidence.

From only one book, Good to Great, key leadership ideals can be drawn for practice. There are many more but I have shared only four insights. The best thing is that some books are worth reading several times. The second time you read a book, you can have a different, more refined take on these insights.

Imagine reading two, three, ten books. Bear in mind that you should not narrow your reading to only books related to leadership should you want to better your understanding of leadership skills. The formula is simple. The wider the reading, the better the spectrum for wisdom creation. Imagine reading the Great Books of the World.  With wisdom comes the responsibility – leadership.

Now go be that great leader. 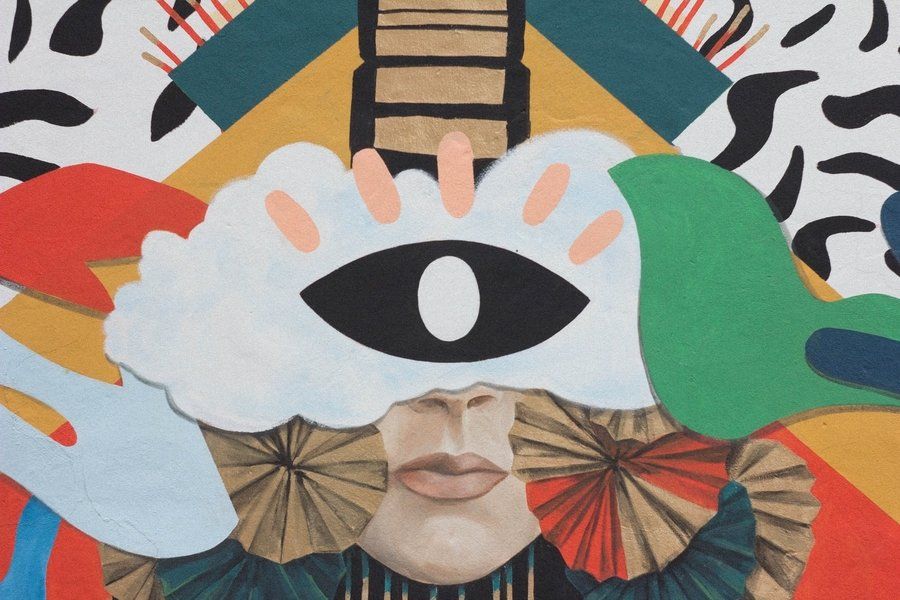 Colouring Outside The Lines

Adelina Asmawi
Associate Professor Dr. Adelina Asmawi is a barefoot leader at the University of Malaya. A Melbourne University alumna, her expertise is in professional development, TESOL and instructional technology. She is a marathoner, a karaoke champ, a book author and Founder of award-winning PEARL™ project.