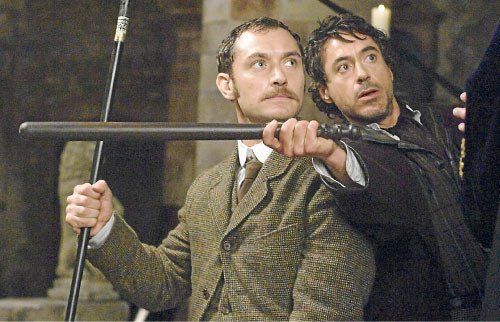 Sherlock Holmes is the world’s greatest detective. It’s just amazing how he consistently solves the most difficult mysteries, often in time to save lives or put a stop to an impending disaster. Together with his ever reliable partner Dr Watson, the crime solving duo are regularly sought after by the police to help them crack down on crime.

Granted, the great detective lives in a fictional universe. Even so, in all of his conquests, he works with immaculate precision and exceptional gravitas. And while he could easily be complacent and rest on his laurels, he never stops challenging himself to pursue more complex cases.

Being on top of his game every single time, Holmes can be an inspiration to any person in the pursuit of excellence. The following are tips to think like Holmes – and in the famous words of the master sleuth: elementary.

Observe More Than Meets the Eye

As a highly sought after detective, Holmes stands out primarily due to his exceptional deductive ability. His innate talent is to connect from a universe of facts from his thorough observation to solve any case thrown in his direction.

That impressive feat however, is due to his different approach. Holmes gives importance to what he cannot see as much as what he can. A missing link, more often than not, is the most critical piece of information.

He is mindful not to ignore or discard any clues that seem to carry little significance. For example, the absence of a dog barking in a break-in incident could possibly suggest that the intruder is familiar to it. In essence, what did not happen is equally crucial as what actually happened.

In real life, the same observation can be helpful. For all you know, one little piece of unknown can be the clincher that solves challenges you face at work.

Perhaps that difficult boss is being difficult because he is still developing his leadership/management skills – maybe you can sit down and talk to him to point out what works and what does not. Or that lucrative deal you are trying to close but the client is holding back. Perhaps it is not a budget issue but her bosses want to know your company better – go and have a coffee with them.

There are unknowns that may be the key to unlocking your case.

Holmes can easily tell where a person has been, his occupation, or her medical condition, all in a split second. But of course this is not random observation. Instead, he has an innate ability to make accurate deductive reasoning.

In particular, his incredible attention to detail is what makes him so exceptional in detective work. Every minute detail has a reason and making a connection to events or people is crucial before coming to a conclusion.

However, it’s not just his obsession with details that makes Holmes the talent he is. He invests a considerable amount of time and effort to practise. Naturally, all that repetition works out very well for him, gifting him with a unique eye for specifics.

If you aspire to become a character like Holmes (with or without the eccentric personality), perhaps it will be beneficial to emulate his level of awareness to particulars.

Notice the tendencies of the people close to you, and respond accordingly – you might just foster a better relationship with your surroundings. That quiet person you think is suspiciously quiet? Maybe he is just having a hard time adjusting. At the workplace, almost always, the tiny details are overlooked. Instead of looking at them as trivial, that small difference can make the biggest impact.

There needs to be a balance of course. Too much of analysis would lead to analysis paralysis, and that is counter-productive. Still, use good judgement (just like Holmes). Practise to develop an eye for details, and you will see a big difference in your quality of output.

As the saying goes, the devil is in the details.

Have a Great Partner

In almost all of Holmes’ adventures, his trusted confidant Watson is not far from his side. Watson plays a very important role in Holmes’ quests as a dependable partner, helping him in crime solving from a medical perspective. His excellent skills as a doctor and surgeon contribute a lot to their formidable partnership, instrumental in aiding Holmes in his cases.

The two, however, do not see eye to eye in a lot of matters. In fact, both are worlds apart. While their personality contrast is very distinct, their differences make them a perfect balance – one with an intense obsession with the big picture, the other pieces the small bits together. And they openly criticise one another (with good intentions, of course).

Similarly, in one’s career, having a trustworthy companion is critical. Two minds are better than one, and an extra pair of eyes injects a fresh perspective.

But the collaboration is not just to validate, it also has to be one that keeps on raising the bar. If you read and/or observe the greatest icons, they always have someone they can rely on.

The bottom line is, two minds are better than one.

With his eye for extreme detail, Holmes has no trouble solving crimes on his own. But his partnership with Watson certainly gives him an extra edge above others, with new and different perspectives. This is important to balance Holmes’ extraordinary capabilities with his strong-headed character. Without different viewpoints to support his observation, he could overlook some telling evidence, jeopardising his reputation.

Watson may not be as intelligent as Holmes, but he adds value to their alliance with his tenacity to challenge Holmes in his own ways. As a medical practitioner, Watson gives a lot of useful insight in helping to solve crimes. His valuable contribution gives them the added advantage in speeding up their investigations and eventually coming to a sound conclusion.

Interestingly, despite his amazing mind, Holmes still depends on others. And not just his close confidant Watson. He values input from police officers on top of his own observation. It helps to validate his theories and removes possibilities of oversight. Besides, he still needs hard evidence and he can get that through them.

Similarly, in life and work, it’s always beneficial to have various perspectives. Consider a range of views as it will open up more possibilities. Who knows, an outsider’s standpoint could very well be the answer to that complex project you are working on.

Unlock more opportunities with that different point of view.

Holmes is well known for his depth of knowledge. More astonishing is his spectacular grasp on so many concepts. He has wide knowledge as well. His impressive command of information deserves the recognition of a genius. Holmes knows this, and he could rest on his laurels – but he does not.

A genius as he is, Holmes does not stop learning. In fact, he continuously absorbs new knowledge. He does not stop at what he knows. He goes out of the way to find out what he does not know.

That persistence pays off very well for him in his crime-solving adventures. His ability to make quick deductions is a direct result of his broad knowledge base. Holmes understands that the more connections he makes from his database, the faster he can go about cracking complex mysteries.

If you observe or study any successful person, the perception we often get is that they learn really fast. But if you go deeper, the truth is they engage in a variety of learning to pick up new ideas. That process actually helps a lot in making future connections at a faster pace – hence appearing to learn at an accelerated pace.

Simply put, like any skill, the more you practise, the better you are at it.

Given Holmes’ brilliant mind and the speed of his analytical thinking, it is fairly easy for him to make a quick conclusion. But for Holmes, there is more than meets the eye. He takes time to ponder on his findings and make sense of it. Sometimes the challenge in front of him appears straightforward, but more often than not, there is a more obscure mystery – the kind that makes him really excited.

In his adventures, Holmes faces normal but still convoluted minded criminals. His greatest test though is his arch-nemesis Professor Moriarty. A remarkably intelligent criminal mastermind, Moriarty is by far the toughest adversary Holmes has to face. Encounters with Moriarty force Holmes to really think through his next steps as the stakes are incredibly high.

Your words and actions can define who you are – both in personal and professional tracks. While some people may accept that as your inherent characteristic, others might be less forgiving. Similar to the saying first impressions last forever, your behaviour could stick in others’ minds and shape their perception of you, be it good or bad. Only you can carry your reputation in the most honest manner to you.

Stick true to your words, and follow through with your actions.

The admirable aspect of Holmes is that he never settles for complacency. Rightfully, his celebrity status could have provided a more comfortable life. Yet, Holmes actually never gets paid (nor does he request compensation) for his detective work. He does it because he really has the passion for it. More importantly, it’s because he never stops educating himself.

Holmes believes there is always more to learn. This comes from a man at the very top of the game. It’s an indication of understanding and being aware of his own shortcomings, and having the desire to keep on improving. Holmes always goes after the most perplexing mysteries, and despite not being able to solve the puzzle the first time, strives to be better.

Continuous learning and developing is a resonating theme especially with people at the top. The need to keep on upgrading is very real to continue being relevant and to still be in the running. On an individual level, this is essential to move on to the next level. New individuals with remarkable new skills appear all the time – if you’re not fast enough, you’ll fall behind. Ultimately, your choice to advance will see you through for a considerable amount of time.

Emulating Holmes is of course no easy feat. For one, he is fictional. For another, his extremely supercharged personality might not fare well with others and can cause disharmony. That said, his exceptional quality of work can be derived from his positive traits – qualities that can be learned and developed. It will take effort and time for sure, but with practice comes perfection. 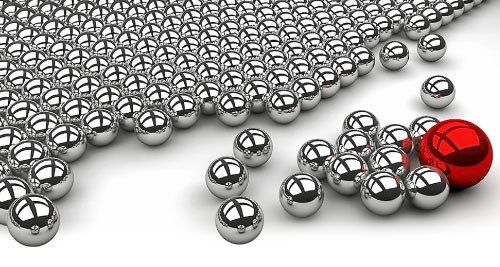