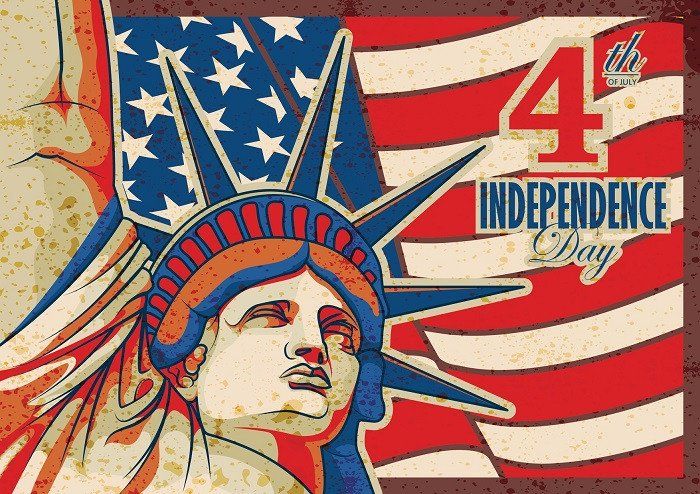 The founder and the trailblazer

In celebration of America’s 240th year of independence, Leaderonomics reflects on the lives of two great American leaders. Alexander Hamilton, a founding father who was there at the inception of The United States and Barack Obama, who ends his term as America’s 44th President in 2017.

They may come from different times but both men exude greatness and have revolutionised the nation. 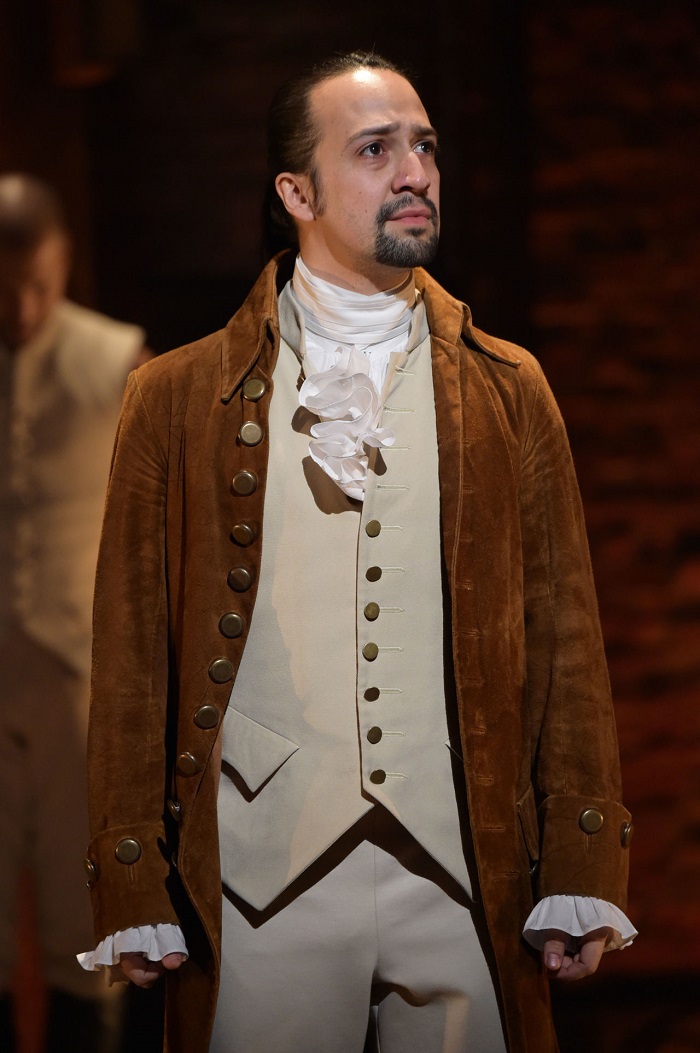 Before the smash hit Broadway musical, Alexander Hamilton was just the man on the US$10 bill and many mistook him as one of the many former presidents but he is not a president. He is, however, a founding father.

How did he, without the presidency, become significant enough to exist on the US bill?

Alexander Hamilton is historically regarded as the “father of modern banking” and was also America’s first secretary of the treasury.

Nevertheless, he came from humble beginnings.
Hamilton was an illegitimate child born in the West Indies and had never formally graduated from college.

He began working between the ages of ele-ven and thirteen for a trading company in St. Croix, an island in the US Virgin Islands.

The outbreak of the American Revolution (1775–1783), when the t13 British colonies in North America fought for their freedom, offered Hamilton the opportunity he desired. In 1777, he became a lieutenant colonel in the Continental Army and General George Washington’s assistant.

He was impressive and worked tirelessly, becoming one of Washington’s most trusted advisers. In 1782, he became a lawyer following a short period of apprenticeship.

The Revolution greatly evolved Hamilton’s ideas on government and society.
Coming from a foreign country meant he had a fresh vantage point. His time under Washington made him see Congress’s weakness and the harm that both state and local rifts had caused.

It was during this time, Hamilton began to firmly believe and work towards a strong central government. 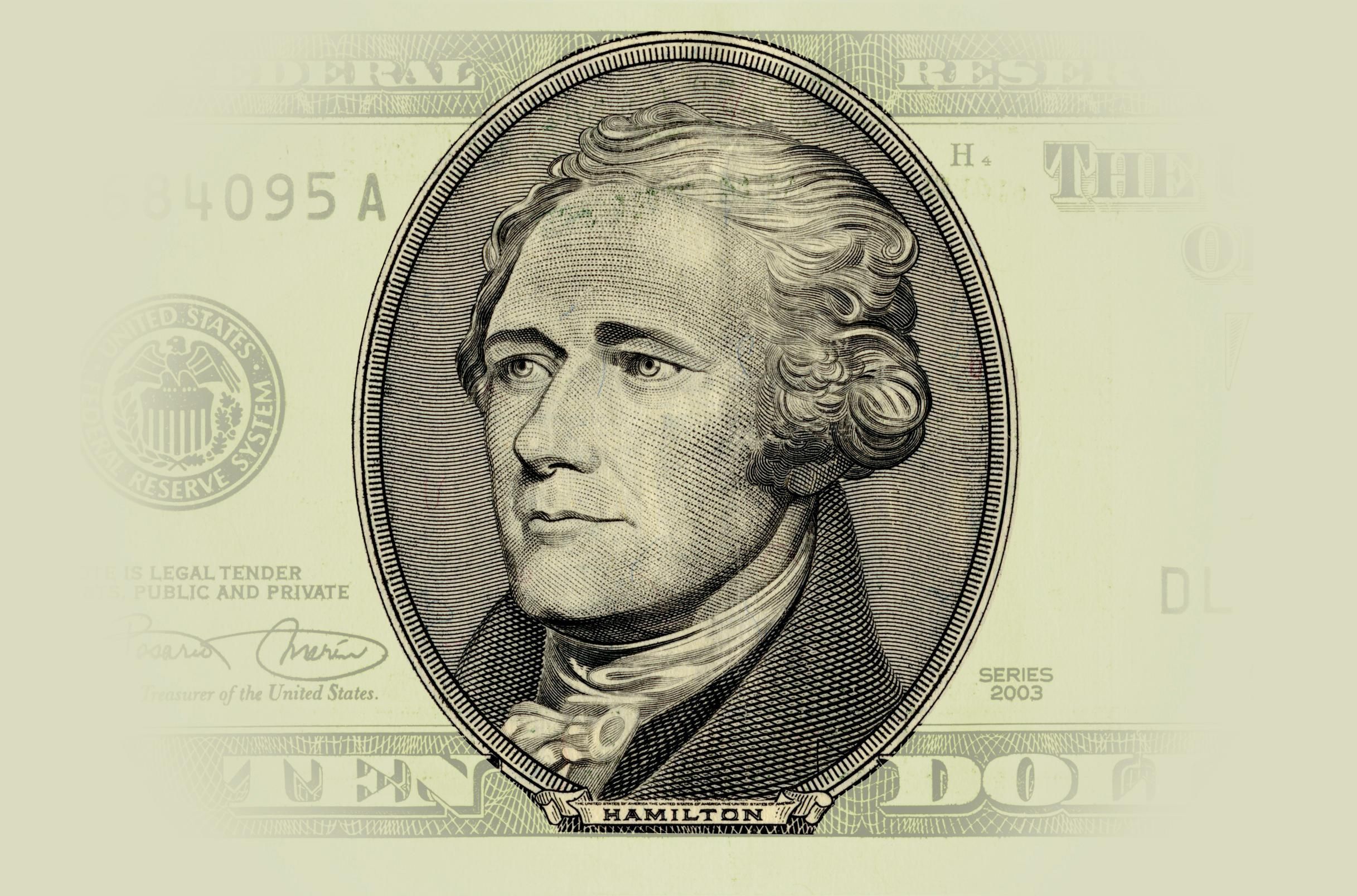 The sacred rights of mankind are not to be rummaged for among old parchments or musty records. They are written, as with a sunbeam, in the whole volume of human nature, by the hand of the divinity itself; and can never be erased or obscured by mortal power.
—Alexander Hamilton

Hamilton was one of 12 delegates at the Annapolis Convention of 1786, and there, he drafted resolutions for the powers of the new government post-independence from Britain.

He called for a constitutional convention to ensure the union’s collective interests were prioritised over individual state and local concerns.

In October 1787, he wrote a series of essays collectively titled The Federalist, designed to persuade the people of New York to ratify, or approve, the Constitution. Although others wrote for The Federalist, Hamilton wrote 51 of the 85 essays.

They contain some of America’s most original and important writing on politics and the result, the conception of constitutional government, is regarded as Hamilton’s greatest contribution to American political thoughts.

There is power in persistence and diligence. Hamilton became a great leader because he was first, a great follower.

During a time, where money and pedigree were so important, Hamilton found strength in his “weaknesses” and pressed on, impressing elites like George Washington.

Hamilton was a man who opened his own doors and created a vision for a nation, not just for himself, but for the unity and benefit of many through the creation of the United States. 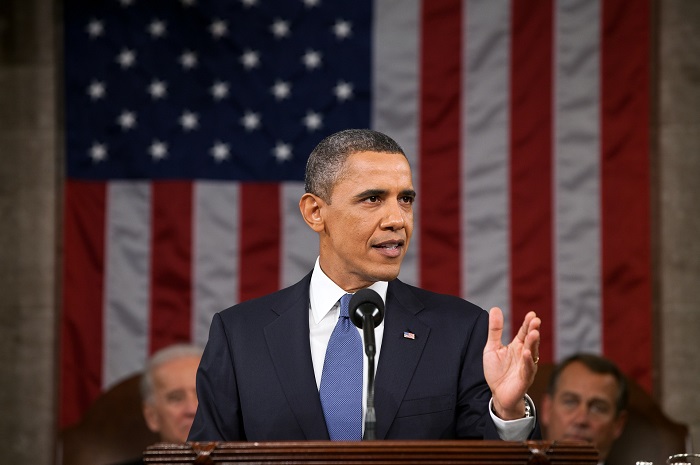 While slavery was officially abolished on Dec 6, 1865, the day the 13th Amendment to the Constitution was ratified, it was only 100 years later that African Americans truly became equal citizens in the eyes of the law and government.

Martin Luther King Jr. and members of the Black Power movement led protests and the historic March on Washington that resulted in the Civil Rights Act of 1964.

Fast forward to Jan 20, 2009, Barack Obama became the first African American to be President of the United States. Since he assumed office, the country’s unemployment rate has dropped due to job growth, health care has become accessible, human rights and equality have been championed
and so has climate change. 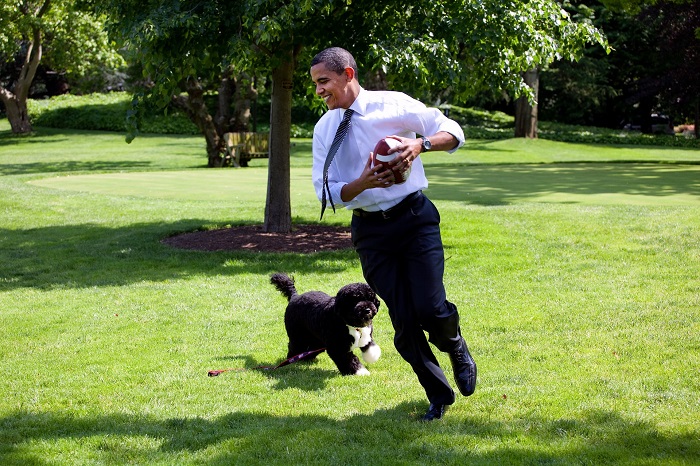 Obama has stood out as someone who rallies for the people and as an individual who connects with his audience. He is a man, unafraid to openly weep for the losses of others as he did when speaking on the Sandy Hook Elementary School shooting.

Change we can believe in

Initially chalked down to nothing more than a charismatic speaker with no record of achievement, Obama proved himself as a doer, someone willing to do whatever it takes to achieve his vision for a greater America.

Moreover, this vision was an empathetic, follower-driven one. While many resisted some of his policies as they misunderstood the purpose of them (largely due to the political noise and bias in some American media outlets), the people now have more access to civil liberties and amenities than before.

After Obama, the American people now can:
1. Never be denied insurance due to pre-existing conditions
2. Own a credit card free of hidden fees
3. Enjoy cleaner air as carbon emissions have dropped (Solar energy installation is up 2000%)
4. Love freely and serve freely
5. Pursue a tertiary education with more student-debt relief

However, he developed a high level of socio-emotional intelligence and resilience, and because of that, he has laid the foundation for a new, better America.

Louisa wishes she was at a Fourth of July barbeque but doesn’t know if she’d prefer ribs or a hot dog. Which would you prefer? Share your choice and also the leaders who inspire you at louisa.allycyn@leaderonomics.com. For more Thought of the Week articles, click here. 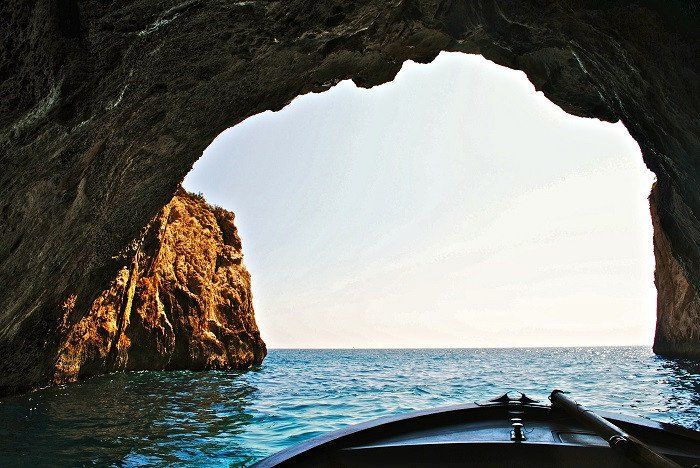 How Can We ‘Steer Our Boat’ Faster?