Sheikh Mujibur Rahman: The Architect Of An Independent Bangladesh 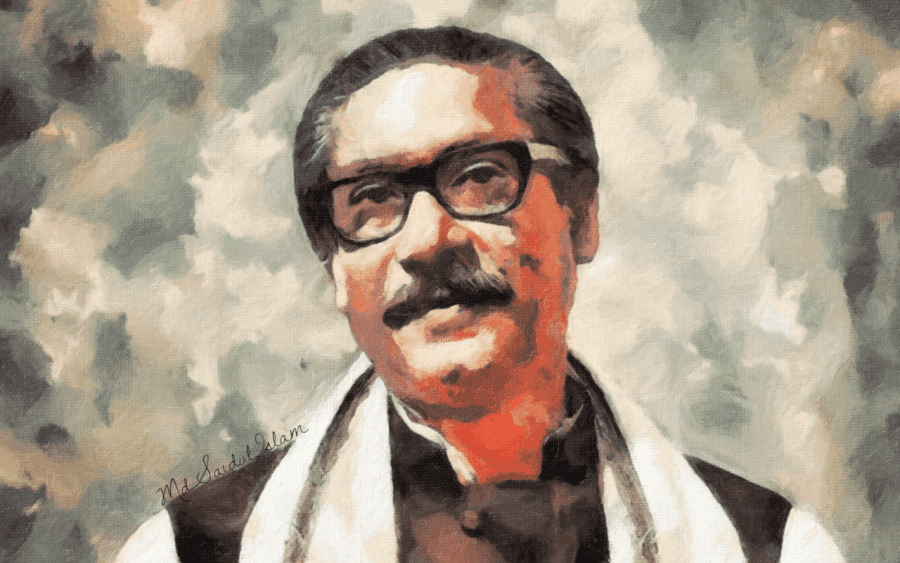 What lessons can we learn from Sheikh Mujibur Rahman?

An immense presence in former East Pakistan and a thorn in West Pakistan, he was the central figure who initiated the emancipation of Bengalis from the military rule of General Ayub Khan and General Yahya Khan – former presidents of Pakistan. 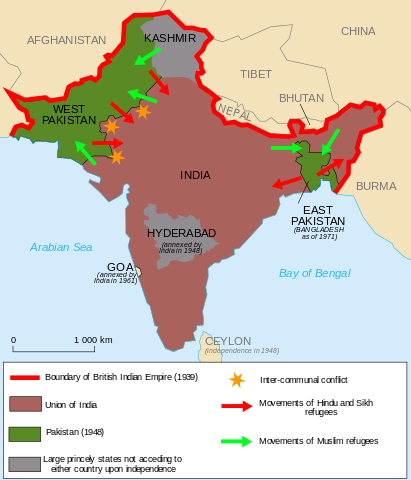 Due to the deteriorating rights of Bengalis in Pakistan and huge economic disparity between East and West Pakistan, Sheikh Mujib led a passionate nationalist movementwhich eventually led to the formation of Bangladesh in 1971.

Sheikh Mujib was a polarising figure who divided the opinion of political analysts over his demeanour and policies. Nevertheless, many agree that he was the chief architect of a young Bangladesh, and that he should be commended for his tenacity to uplift the plight of Bangladesh during challenging times.

The following are leadership lessons picked up from the life of Sheikh Mujibur Rahman, the Father of Bangladesh.

Sheikh Mujib had resisted initiating an attack against West Pakistan, for he understood very well the devastation it would bring upon the citizens. He was, for the most part, demanding a diplomatic solution to the unrest developing in that region.

In 1966, the Awami League, led by Sheikh Mujib, proposed the Six Point Programme at the National Convention in Lahore, which sought to bridge the disparity between the two provinces of Pakistan and provide significant autonomy of administration for East Pakistan.

The proposal was rejected and denounced by the ruling government in West Pakistan, for they feared it might instigate the splitting of Pakistan.

The Awami League, under the stewardship of Sheikh Mujib, swept to a landslide victory in Pakistan’s 1970 general election. However, the National Assembly failed to convene on Mar 3, 1971 to swear in the new Prime Minister (who was Sheikh Mujib), because the then President of Pakistan, Yahya Khan and rival party leader, Zulfiqar Ali Bhutto vehemently opposed a ruling party from East Pakistan.

Despite the setback, Sheikh Mujib was defiant and held several dialogues with his detractors to reach a settlement on the Six Point Programme.

As the Prime Minister of Bangladesh, Sheikh Mujib emphasised the importance of diplomacy in his foreign policies, which included memberships in the Organization of the Islamic Conference (OIC) and the Non-Aligned Movement (NAM). He felt the need to place Bangladesh in a neutral position in an era dominated by the two Cold War superpowers – the Soviet Union and the United States.

Lesson: As leaders, we need to establish a middle ground for discussions to take place, as being too aggressive or passive can be counter-productive in finding a feasible solution.

One of the key aspects of Sheikh Mujib’s leadership was his assertiveness to obtain what was deemed necessary to his ambition.

Throughout the political campaign leading up to the general election, he continuously asserted the Six Points Programme which he believed was essential to bring the struggling province out of its existing doldrums.

His speech on Mar 7, 1971 in front of 1 million people has been touted as a pinnacle moment of the independence struggle.

Sheikh Mujib’s unwavering assertiveness provided the necessary confidence to his people to fight alongside him.

Despite favouring a united Pakistan (hence keeping an eye shut on the devastating deaths and losses from the war), both often remarked at how Sheikh Mujib refused to bow to the overwhelming pressure and consistently affirmed his stance on uplifting the rights of Bengalis in Pakistan. The Nixon administration finally recognised Bangladesh’s independence in 1972 – a huge turn in events.

Lesson: Being assertive is a core communication skill that every leader should possess, as expressing their opinions effectively will boost the self-esteem of their team members and earn the much-needed respect of their peers.

It takes plenty of courage and determination to face unsurmountable odds, especially in a political environment where life is at the mercy of those who rule.

Sheikh Mujib spent around 12 years (or so, at different times) in prison for various charges (e.g. organising resistance movements against the unforgiving military regime) and was in fact facing the gallows before being acquitted in 1972. Despite these hardships, the fire inside Sheikh Mujib was never extinguished, but was further ignited to achieve what he had set out for.

After the declaration of independence, Sheikh Mujib was arrested on Mar 26, 1971 as part of Operation Searchlight, launched by the army to arrest government separatists. Just before the arrest, he urged his people to stand up and fight against the atrocities and for their liberation through an inspiring telegraph message:

“This may be my last message. From today Bangladesh is independent. I call upon the people of Bangladesh wherever you are and with whatever you have, to resist the occupation army. Our fight will go on till the last soldier of the Pakistan Occupation Army is expelled from the soil of independent Bangladesh.”

His unwavering courage spread through the ranks of the resistance groups in East Pakistan to fight against the crimes committed by the West Pakistan army.

The Bangladesh Liberation War had resulted in 3 million casualties and displaced more than 10 million Bengalis who fled to neighbouring India. The cost of the war was staggering.

Time Magazine reported in 1972: “In the aftermath of the Pakistani army’s rampage last March, a special team of inspectors from the World Bank observed that some cities looked ‘like the morning after a nuclear attack.’ Since then, the destruction has only been magnified. An estimated 6,000,000 homes have been destroyed, and nearly 1,400,000 farm families have been left without tools or animals to work their lands.”

Despite the overwhelming setbacks, Sheikh Mujib took it upon himself to steer Bangladesh out of its predicament. His charisma and love for Bangladesh provided the much-needed confidence for its people to reconstruct the battered country.

Sheikh Mujib embarked on a Nationalization program to rehabilitate the estimated 10 million refugees and revitalised the nation’s economy through state investments into rural infrastructure, agriculture and cottage industries.

Lesson: The act of leadership is to overcome the pain of obstacles in the pursuit of progress. Sheikh Mujib’s bravery during the periods of agony serves to remind us that leadership is built on the pillars of courage. 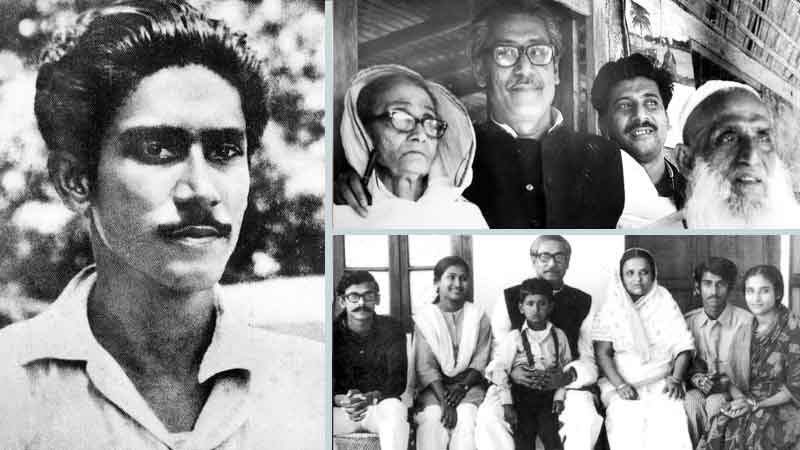 Sheikh Mujib delivered a stirring speech on Jan 10, 1972 at the New Delhi Airport during a stopover after his release from prison in Pakistan. He described the trip as “a journey from darkness to light,” and remarked: “In these nine months my people have traversed centuries. When I was taken away from my people, they wept; when I was held in captivity, they fought; and now when I go back to them, they are victorious.”

“My people love me, they would respect me, they would have confidence in me and my party, and I know so long as I am here, my people will continue to support,” said Sheikh Mujib in an interview with Sir David Frost from BBC following the liberation of Bangladesh.

Sheikh Mujib placed great faith in his fellow men to fight for their rights despite the devastating blows that they had suffered. That faith was vindicated when the Pakistani army surrendered following the intervention from Mukti Bahani and the Indian army.

Despite his shortcomings, Sheikh Mujibur Rahman is still greatly loved by the people of Bangladesh and was voted the “Greatest Bengali of All Time” in a BBC poll in 2004.

He gave hope to the millions persecuted by the previous government and despite his absence from the political arena today, his influence still lives on. He may have had his imperfections, but Sheikh Mujib deserves his plaudits and accolades.

Lesson: Great leaders put the importance of their team ahead of themselves and should move away from the connotation of “one-man team.”

Leadership is built on the foundation of trust within the organisation. A leader should trust his or her team members to deliver the expected results and provide the necessary platform for them to excel. They will, in return, contribute immensely to the organisation’s vision due to the growing belief by their leaders.

Sheikh Mujib’s final years were mired in tragedy and culminated with him and his family being assassinated in the wee hours of the morning on Aug 15, 1975 by disgruntled Awami League members and military officers – an act which capitulated Bangladesh into many years of political bedlam.

Political analysts believe that Sheikh Mujib’s downfall was due to several factors:

Sheikh Mujibur Rahman was far from perfect; his legacy would forever be overshadowed by incidents during the latter stages of his life. However, as a person, Sheikh Mujib stood out as a towering figure who shouldered the hopes of the millions through difficult times.

During the United Nations General Assembly in Sept 1974, Sheikh Mujib addressed world leaders in Bengali, on his people’s aspiration for a peaceful world order. He was described by many as a genuine person who had great affection for the well-being of commoners.

He is widely admired worldwide for confronting the military rule and championing the human rights of Bengalis. The late Lord Fenner Brockway, a renowned British anti-war activist once remarked: “In a sense, Sheikh Mujib is a greater leader than George Washington, Mahatma Gandhi and De Valera.”

Sheikh Mujib may not be as recognised as Mahatma Gandhi or Martin Luther King Jr, but his immense contribution to the formation of Bangladesh speaks volumes about the strength of leadership that is needed in facing the ever-increasing challenges in human advancement today.

Pravin hopes that one day, he can muster the strength and courage to stand for the values and principles that he believes in, utilizing it to bring a positive impact to the community. What are your thoughts on Sheikh Mujib’s leadership? Tell us at editor@leaderonomics.com 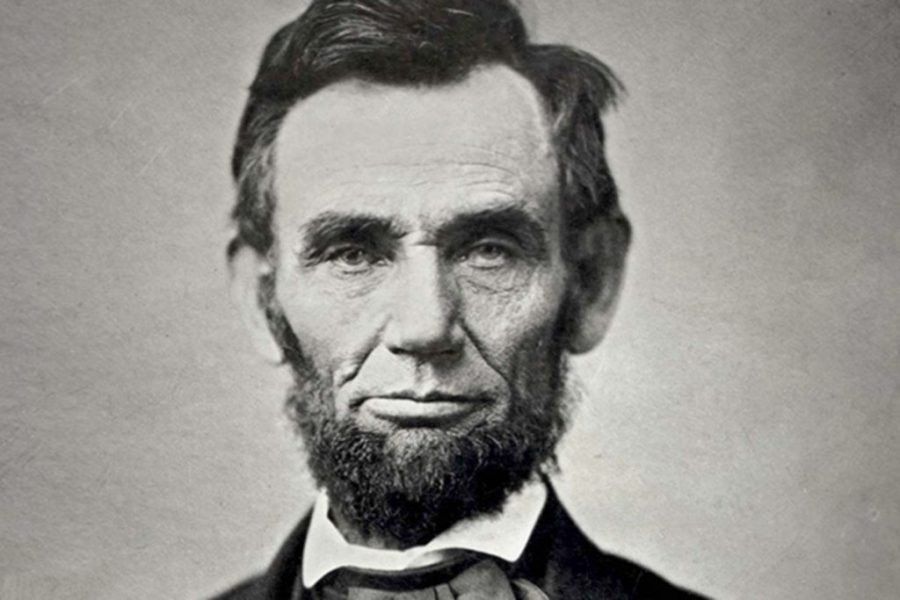