Servant Leadership In A Politician’s Office 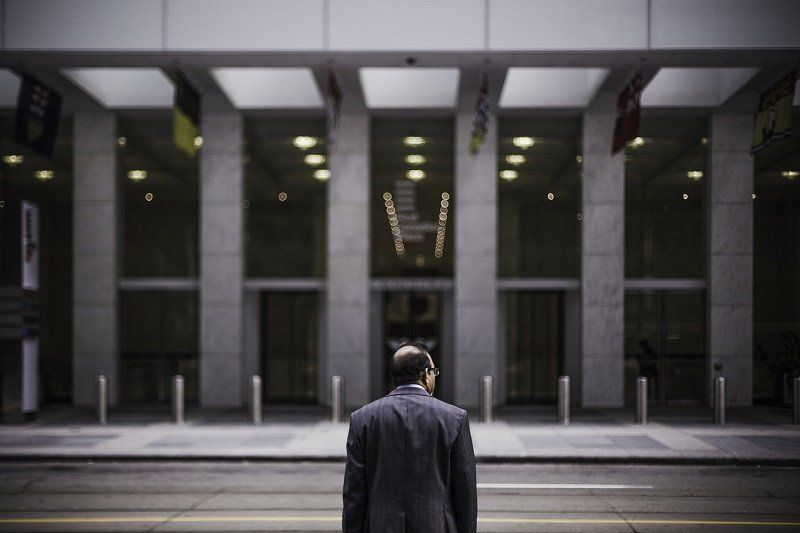 The idea of servant leadership has been around for a long time. Allow me to quote its definition from the man who coined this idea, Robert Greenleaf:

“The servant-leader is servant first, it begins with the natural feeling that one wants to serve, to serve first, as opposed to, wanting power, influence, fame or wealth.”

So, you work for one who practises that sort of leadership?

Yes. Yes I do. I suppose then the glaring question following that answer would be, “Where on earth are you working at?” To which I would reply: “Why, I work for a politician of course!”

A politician is a servant-leader? Bah! Humbug!

Looking at the immense amount of scandals amidst politicians in our country would cause one to think the statement completely absurd. However, let me assure you that the job of the politician is such that naturally requires the practice of servant-leadership.

The first thing I was told once hired was, “The people are our top priority. It is our job to listen to them and try to accommodate their needs as best we can.” What do I do? My main line of work requires me to deal with constituents on a daily basis. I handle complaints of all sorts —from citizenship cases to garbage collection issues.

Therefore, contrary to popular belief, politicians and their staff should never be isolated from the people but instead be completely immersed in it. For how can I claim to know how to solve your problems before first understanding your needs, struggles, strengths and weaknesses?

Politicians are servant-leaders whether they like it or not. Their job, as we all know it, is to serve the people first. Sadly, many politicians tend to quote that statement but once elected fail to do the job they once promised they would.

The choice to practise that type of leadership in the end lies with them. It was only when I started working in this office that I began to realise the true task of what it means to put the people first.

While my boss attends meetings of utmost importance, I sometimes attend community events on his behalf. When mingling with the community, I have this bad habit of eavesdropping on conversations among constituents.

I am proud to say that my boss has rather glowing reports from his constituents. Upon observation, I soon found out why that was the case.

Shall we put politicians to the test?

According to Greenleaf, there are a number of characteristics that a servant-leader possesses. I believe that these characteristics can be used to put our politicians to the test. The people shall judge!

When serving people, politicians should take the time to give us their full attention, avoid interrupting us before we are done speaking and then proceed to give us the necessary feedback on what was said.

During public forums, the public is allowed to question the politicians or raise their concerns no matter the issue without interruption or fear of arrest after. Meanwhile, in our country. . .let’s move on!

It is always nice when people of great power and influence use persuasion as a tool to encourage us to take action rather than their authority to force an idea or opinion on us. There is always respect and admiration for leaders that take the time to talk to us and inspire us to continue working towards a better Malaysia.

Nelson Mandela and Martin Luther King Jr. were great leaders who garnered a crowd of followers not because they put guns to their heads but merely because of their ability to inspire others to take on a cause that changed the world as we know it.

This particular characteristic is said to relate to one’s ability to “dream greater dreams” or to look beyond the day-to-day realities to the bigger picture. Our office has the delightful task of researching on public policies that could work in our country.

Policies that would contribute to better pay, better living conditions and better governance where accountability and transparency rings true. In our office, we are encouraged to look beyond the hopelessness of a situation and try to find a solution. “We can’t just talk about the problems, we should need to find solutions.”

4. Commitment to the growth of people

Besides focusing all his energy on helping and assisting his constituents, he takes the time to talk to us at least once a week to find out how we are doing. He spends time talking to us about our growth in the office and gives us constructive criticisms.

The best part of our appraisal sessions with him is that he does not just tell us what’s wrong with our work but helps us find a way to do things better. In other words, he is the sort of leader that tries to bring out the potential in you.

One of the joys of working in my office is having him take us out for free meals during our downtime. Despite the YB (Yang Berhormat) title, my boss never puts on the “mightier than thou” act. We call him boss in the office and sometimes “boss man” when he thinks he’s got “swag.”

Despite our own personal or work struggles, we have built what feels like a family. Through thick and thin, we know that we have each other’s backs. I honestly believe that this sense of camaraderie is because of my boss. He runs the office in an informal manner, making work a fun place to be at despite its challenges. 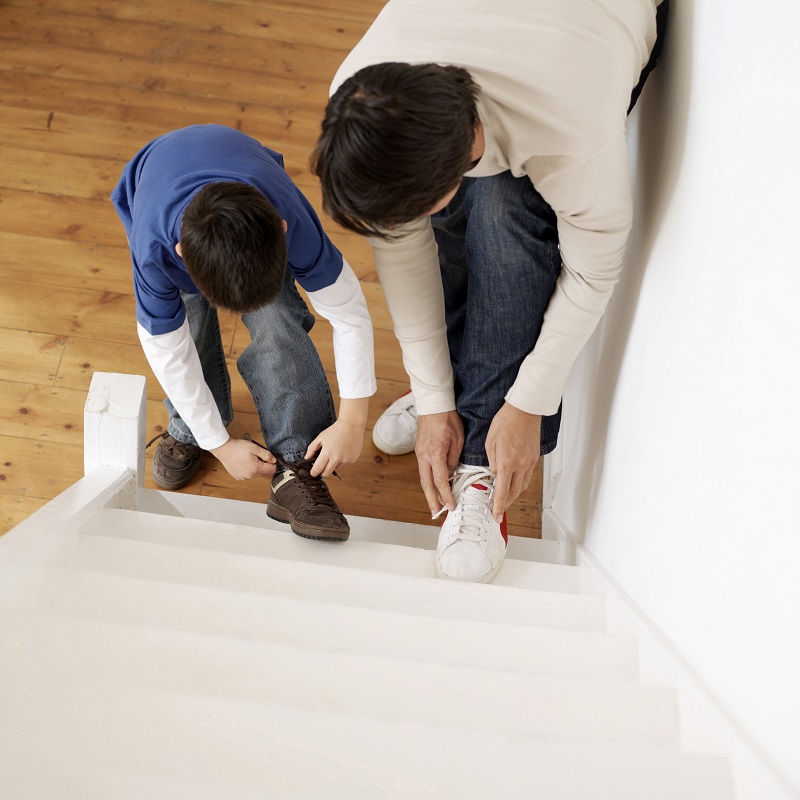 There is a tendency to ignore our own well-being in our endeavour to “save the world.” The people-first approach to a politician can be dangerous when the man behind the title forgets that he too has a life of his own.

Where I work, the rise and fall of politicians can clearly be seen. Due to the small allocation of budget for politicians (depending on where you come from), most politicians are forced to fork out cash from their own savings just to pay office bills, officers’ salaries and other payments required for office administration purposes.

Many times you see relationship fallouts as they neglect their responsibilities at home in pursuit of serving their country.

For my colleagues and I, we have noticed that the demands of our work creates this illusion that we are beings devoid of body and emotion.

Due to the influx of complaints on some days, we are forced to stay up in the wee hours of the morning assisting our boss in translating scripts, writing speeches and conducting research. In an office of three staff, we are required to do everything there is to do in the office.

We take care of the accounts, filing, graphic designing, research, community, projects, campaigns, events, social media, press statements, etc. To overcome the stress of being overworked, we remind each other to take a break and have a cup of tea in between for a calming effect.

Additionally, we also find ourselves forgetting that we are emotional beings. Due to our line of job, the complaints, issues or cases that we sometimes deal with forces us to come face to face with the dark side of humanity.

Cases of abuse, violence and abandonment tend to come up to our office looking for help. During moments as such, one must put on a brave front, disallowing the horrifying truth to shake you whilst remaining empathetic towards the constituent.

When it comes to matters of the heart, if a proper outlet is not found it can lead to emotional or mental stress as we take the burden on ourselves.

2. The balance between being understanding and letting things slide

Working in a politician’s office has taught me to know when to draw the line and stand my ground yet not offending the other party.

There have been numerous cases where constituents come in troubled with an elaborate sad story and yet upon inspection, one finds that it was all a lie in the end. Some legal cases where first introduced as an equitable sort we later find that it was one that was self-induced.

A clear example of this would be where a woman of about 40 years old came to our office asking for financial aid for her and her grandson. She claimed that the boy was abandoned by his father and mother leaving him solely to her care.

When asked for relevant documents, she produced her updated identification card and a copy of the boy’s birth certificate.

We then asked if she had the original to which the reply was a negative. After that was done, we collected what information we could and told her we would get back to her once we find a way to help her.

The staff involved were boggled as to what was actually going on. There was a suspicious feeling that lingered long after she left our office. Upon further inspection, we found out that she previously was from Malacca and used to work as a nurse in a clinic.

She ran away from home and came to Kuala Lumpur to seek refuge. I will not indulge readers in the details of what we found out. But let’s just say her intentions were found to be unjust.

Learning when to be empathetic to them and when to put our foot down seemed so hard to do at first. After a while though, you learn how to distinguish genuine cases from made-up ones.

The saddest part of the job, to me, is when you meet those who have suffered in silence for so long to the point where they can no longer withstand the pain and suffering, only then do they come to our office looking for help.

Most of the time when it reaches that point, the situation is no longer within our control and instead we have to direct them to another body or organisation.

Servant leadership should be inherent in every politician or at the very least should be cultivated by them.

I always believe that the best type of governance is one that inspires to do better rather than one that incites fear to do their every beck and call.

The challenges we face are real being a servant leader in a politician’s office. However, we will keep striving for a better Malaysia. I may not be a fairy where suddenly everything is right with the world with a flicker of my wand. But, I am a person, one still very much alive and still breathing.

We only have one life to live and I am going to use it to serve the people of this country.

Abigail works in a politician’s office by day and is a gamer by night. She currently has a crazy obsession with tea sets. 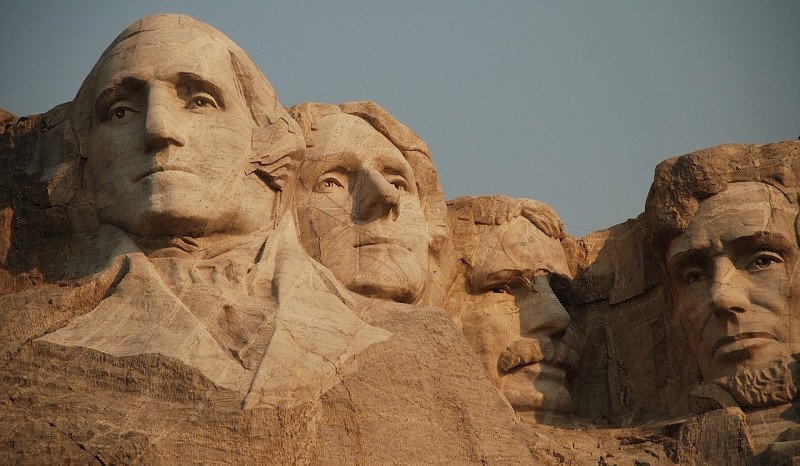 Presidential Leadership: Foundations To Judge Against