What I Learnt About Leadership From Queen Elizabeth II 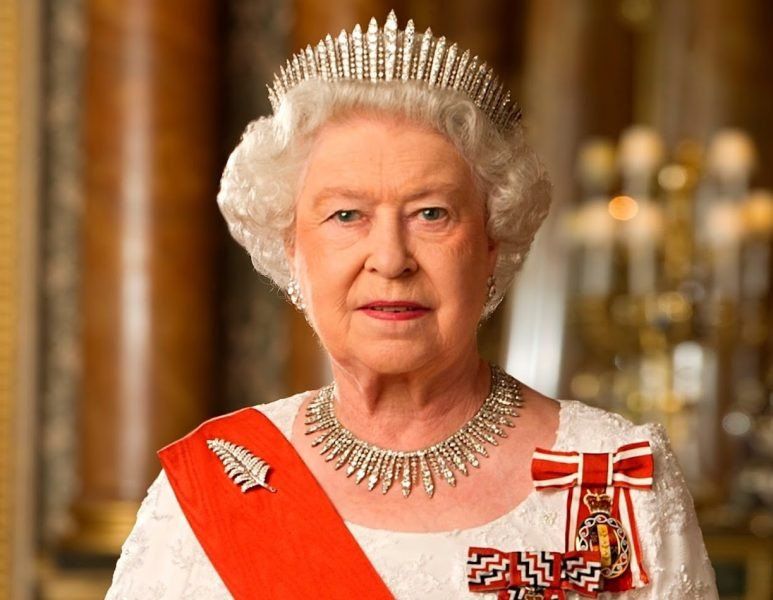 The woman that made waves about how she made waves.

Lessons from the longest-serving monarch in history

On May 10, 2018, it dawned on me that Tun Dr Mahathir Mohamad, 92, would be the oldest Prime Minister in the world, having sworn in as Malaysia’s 7th Prime Minister after having won the historic 14th general election.

Then, I started thinking of another ruler who has had longevity and a significant impact, too, who just witnessed her own grandson’s royal wedding last Saturday.

I recall having dinner with a friend from the United Kingdom (UK) last year.

As we were dining, he started telling me about his encounter with the Queen of England and her consort.

My friend had the privilege to speak at a church where the Queen attended and so he was invited to spend the weekend at the Queen’s royal residence.

He was filled with amazing stories of how wonderful and hospitable both the Queen and her consort were and how they spend time listening and learning from him.

Immediately after our meal, I started reading about the Queen and I was amazed how many leadership lessons I gathered from her life.

In Feb 1952, a young princess was in the midst of planning an official visit to Australia with her husband when the news struck that her father – King George VI of Great Britain (born Albert Frederick Arthur George) – had died.

Upon hearing of the King’s death while in Kenya, Princess Elizabeth (born Elizabeth Alexandra Mary) found herself in the premature position of becoming Queen Elizabeth II – her father was only in his mid-50s when he passed away.

George VI had been known as ‘The Reluctant King’, after ascending the throne in 1936 following the abdication of his brother, formerly King Edward VIII, when Edward married divorced American socialite Wallis Simpson.

Even when George VI was King, the young Elizabeth was named the heir presumptive (rather than heir apparent), as the possibility of a male heir to the throne was still open.

As fate would have it, at the age of 25, Elizabeth (born in 1926) found herself in the midst of grief, thrust into the global spotlight as she ceased being a Princess and became Queen Elizabeth II, the 6th female to ascend the throne.

On her return home, she was greeted by her first Prime Minister, Sir Winston Churchill, before returning to her home, Clarence House, where the Royal Standard was flown for the first time of her reign.

Although it must have been an overwhelming shock to have been made Queen following her father’s unexpected death, Queen Elizabeth II carried the weight of her calling with graceful aplomb.

Philip Ziegler, author of George VI: The Dutiful King, describes the Queen as having “a crippling sense of duty”, and it was a duty she committed herself to fulfilling for the rest of her life.

As the world’s current longest-reigning living monarch, she has enjoyed a positive public image in Britain and throughout the Commonwealth nations.
It’s partly due to her extraordinary ability to balance respecting traditions and customs with creating a reign that leads the way in embracing modern life and social change.

Along with her consort, the Duke of Edinburgh Prince Philip (whom she married in 1947), the Queen has been proactive throughout her reign in lending her patronage to over 600 charities, military associations and public service organisations.

Since the time of her coronation, she has taken her public service work seriously and continues to keep a thriving daily schedule.

One display of her commitment to serving the public came during the Second World War, when she joined the Auxiliary Territorial Service, training alongside other British women to become an expert mechanic and driver.

In her weekly, confidential meetings with her Prime Ministers throughout the years, Queen Elizabeth II has been known to be a great source of wisdom and reassurance.

Former Prime Minister Tony Blair has said that, “She has a huge fund of stories and history to draw upon… the accumulated amount of experience and knowledge is immense, and very valuable for whoever is Prime Minister.”

If her father was ‘The Reluctant King’, it could be said that the then Princess Elizabeth became ‘The Unexpected Queen’, certainly in terms of how early she ascended the throne.

Nevertheless, she took on the role with a calm and firm leadership that has stood the test of time for over 60 years! 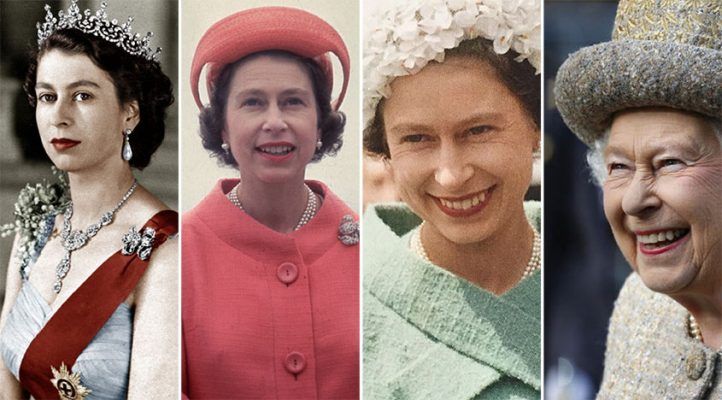 Here are four leadership lessons I learnt from researching the extraordinary life of the Queen.

1. Be adaptable and embrace change

When the Queen ascended the throne in 1953, she overruled the original decision to have the ceremony broadcast on radio, insisting that her coronation at Westminster Abbey be televised.

Despite advice from Churchill to stick with convention, the Queen was keen to make use of new media at the time, partly as a measure to modernise the monarchy and connect with her people.

As it turned out, her decision proved to be a popular one among the public, as many got a glimpse at one of the world’s most historic ceremonies.
Queen Elizabeth II was also one of the first heads of state to send an email in 1976.

Today, social media plays a significant role in connecting people to the monarchy and its engagements.

What about us? As leaders in our organisations, are we willing to try new things?

Are we willing to be adaptable and learn new ways to get things done?

The Queen led the way in being innovative. Likewise, as leaders, we need to lead the way.

During the Queen’s reign – which has included 13 Prime Ministers, seven Popes, and about a quarter of all American Presidents – she has witnessed and endured challenges both on a personal and national scale.

However, the Queen is famous for her quiet stoicism and unyielding spirit, and exemplifies courage and diligence.

In the aftermath of the Jul 7, 2005 terrorist bombings of London’s public transport system, she addressed the country in a call for everyone to stand together in the face of adversity, saying, “Atrocities such as these simply reinforce our sense of community, our humanity and our trust in the rule of law.”

Queen Elizabeth II was also almost assassinated by a teenager in New Zealand in 1981, endured riots and numerous challenges, but remained a defiant leader.

Are we calm and collected in the midst of the storms that hit our organisation?

Are we able to be strong as a leader and lead in times of turbulence?

Interestingly, the Queen has a very inquisitive and curious mind.

When she is out meeting Prime Ministers or members of the public, she constantly asks a lot of questions. My friend from the UK noted how she bombarded him with many questions.

Are you a leader who constantly asks questions? Or do you spend more time giving answers?

The better way to find out about a situation is to ask questions – and then listen.

4. Have a clear purpose and be committed to it

In her coronation speech on her 21st birthday, the Queen stated, “I declare before you all that my whole life whether it be long or short shall be devoted to your service and the service of our great imperial family to which we all belong.”

She set the vision at that age, and with a sense of great duty, has fully committed to a lifelong responsibility.

Over the years, some people have called for her to abdicate her position and make way for her son, Charles (born Charles Philip Arthur George), Prince of Wales to ascend the throne.

However, she has remained fully committed to the lifelong oath she took, and continues to keep hundreds of engagements, as well as providing her support for many charity organisations and associations.

What about us? Do we keep the commitments we make?

Do we serve the people we lead? Are we persevering towards the goals and vision we set to achieve?

As a nonagenarian, Her Majesty continues her leadership steadfastly as a focus for national identity, unity and pride.

Her presence in the monarchy gives a sense of stability and continuity, a vital element in nation-building. To her, age seems to be just a number!

Closer to home, leadership lessons from Mahathir will have a story on its own, very soon!

So, continue to Be A Leader!

I know of no single formula for success. But over the years I have observed that some attributes of leadership are universal and are often about finding ways of encouraging people to combine their efforts, their talents, their insights, their enthusiasm and their inspiration to work together. – 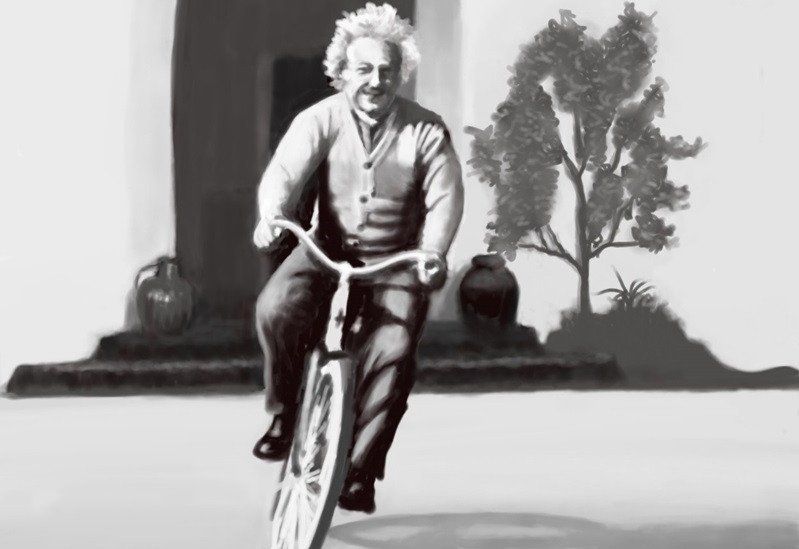 5 Timeless Leadership Lessons From My Bike-Rides