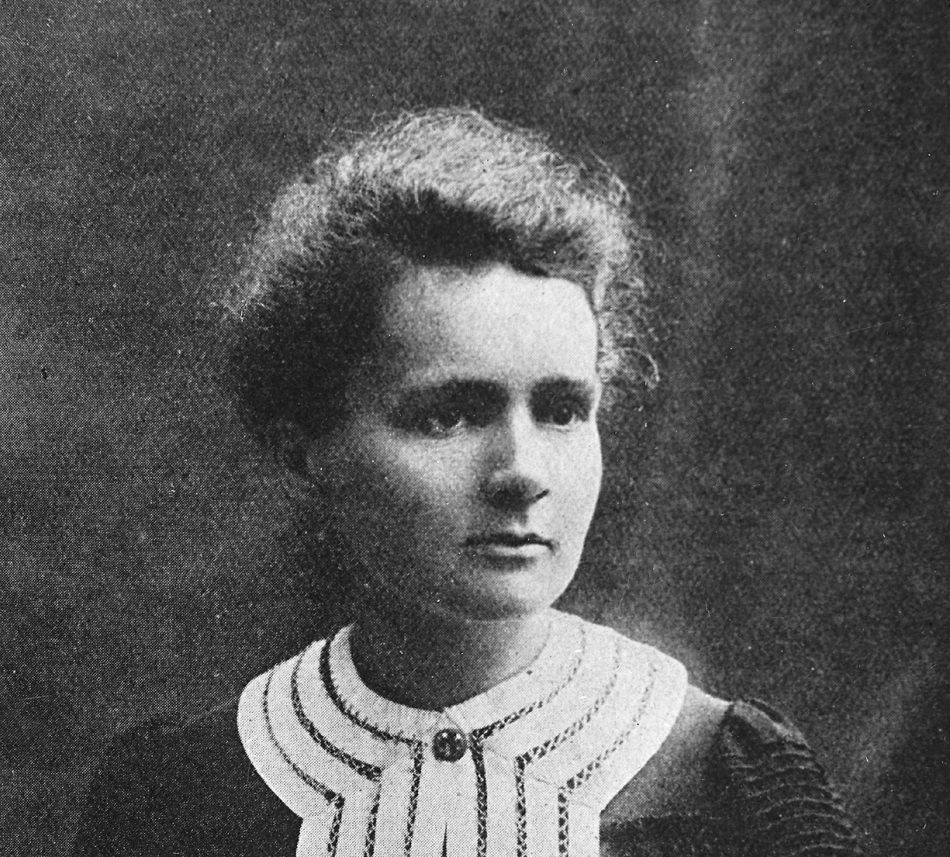 Life is not easy for any of us. But what of that? We must have perseverance and above all confidence in ourselves. We must believe that we are gifted for something, and that this thing, at whatever cost, must be attained.

It’s often said that the great minds from history have given their lives to their work for the betterment of humanity.

Case in point: Marie Sklodowska Curie (1867-1934), a Polish-born, French physicist and chemist, whose work revolutionised the fields of science and medicine, and led her to becoming the first woman to win a Nobel Prize – twice!

Due to her conservative and reserved demeanour, there’s not much fanfare about her life, despite the many great challenges she overcame and the incredible achievements she attained.
Curie came from a poor background, the daughter of two teachers, who earned extra income by taking in students as boarders.

She was just 10 years old when she lost her mother to tuberculosis. But that did not stop her from pursuing her dream of becoming a scientist.

She finally moved to Paris and completed the equivalent of two Master’s degrees in three years.

She was also the first woman to be awarded a scientific doctorate in France, the first to lecture at the prestigious Sorbonne, and the first Nobel Laureate whose child would also win a Nobel Prize.
Thanks to her scientific endeavours, Curie brought about major advancements in the fields of biology, engineering and medicine, as well as paving the way to debunk the old belief that the atom couldn’t be split.

A lesson for all of us to learn from her life is to never give up on our dreams. Curie was clear about her dream of making a difference through science and she never let a single obstacle distract her from her goal.

As leaders, we likewise need to be clear about our vision (for ourselves and our organisation) and not let little matters deter us from achieving it.

Curie is perhaps most famous for the work she conducted alongside her husband Pierre, which resulted in the discovery of two new elements in 1898: polonium (which she named after her country of birth) and radium.

One practical benefit resulting from Curie’s work was the development of X-rays in surgery.
During the First World War, she helped to equip ambulances with X-ray machinery – and personally drove them to the frontlines (sometimes with her daughter Irene) to help save the lives of many soldiers.

Many leaders have great vision and insight and make great discoveries, but to follow-up by getting your hands dirty and making sure these insights translate to reality is something only the best leaders do.

Curie was personally involved in making sure these discoveries
yielded benefits, even if it took driving herself to the battlefields to ensure they worked.

The Work Must Go On

The Nobel Prize committee initially intended to award only her husband and Antoine Henri Becquerel the most prestigious prize in science in 1903.

However, one committee member, who was an advocate for female scientists, insisted that Curie be added to the nomination due to the work she had put in. They won.

She and her husband did not work in a state-of-the-art laboratory, but in an outhouse in such a poor state that a respected German chemist once described it as “a cross between a stable and a potato shed.”

Yet, she and her husband never stopped the work even though conditions were intolerable.
After they won the Nobel Prize, the University of Paris agreed to build them a proper lab. Sadly, Pierre would be killed in a tragic accident before he could ever set foot inside the new facility.

Yet, despite losing the most important person in her life, Curie could not be stopped in finishing the work they began.

Great leaders constantly face challenges but remain steadfast in the work to which they have committed.

Curie took over from her husband, becoming the first female professor of the Sorbonne.

She was the epitome of dedication and perseverance. Regardless of the challenges and struggles faced, she was fully committed to her work for the sake of the important advances it might lead to.
Are we committed to our work? Regardless of obstacles, do we relentlessly pursue the vision before us or do we lose sight and hope as the journey becomes arduous?

Dying For the Cause

Sadly, due to continual heavy exposure to radioactive materials, Curie died at the age of 66 from a form of leukaemia.

At the time of her discoveries, very little was known about the dangers of radioactive material.

She and her husband would carry samples of radium in their pockets, and Pierre once strapped some to his arm, curious about the way it painlessly burned his skin.

Curie also kept samples next to her bed and used it as a nightlight.

Being around radium – which has a half-life of 1,600 years – was so toxic for the Curies that, today, their notebooks are kept in lead-lined boxes.

Visitors to the Pierre and Marie Curie collection at the National Library of France must wear protective clothing, and sign a legal waiver in case of any health consequences.

Curie sacrificed her life to bring help and science to all of us. Great leaders always tend to put the need of others above their own.

The cause is much bigger to them than the price they must pay.

Albert Einstein once said: “Marie Curie is, of all celebrated beings, the only one whom fame has not corrupted.”

Many leaders lose their way as fame and fortune are obtained. Curie never once deviated from her mission regardless of the fame and adulation showered on her.

To be a great leader, you must likewise never let anything make you lose sight of your purpose.

Be clear about your purpose and mission and be positively focused on it day and night.
Curie herself is quoted as saying: “I was taught that the way of progress was neither swift nor easy.”

In other words, nothing worthwhile is easy to do. It takes significant effort and focus.

To succeed in life, we can all take a leaf of from Curie’s book and learn to focus and execute relentlessly.

Curie was also a giver who gave away every penny she had earned to charitable causes and further scientific research.

Journalist Shelley Emling added: “She cared nothing about fame and fortune which is why she never patented her work. She shared everything she knew. She shied away from the press and the spotlight.”

Curie herself once said: “One never notices what has been done; one can only see what remains to be done.”

Great leaders celebrate success quickly but remain focused on what needs to be done. We can all learn so much from Curie and her life.

A true pioneer, the life of Marie Curie is a reminder to all leaders of the importance of being clearly focused on our mission.

More importantly, she was an inspiration to the women of her time, proving that women could be successful and make a difference without having to lose their femininity nor sacrifice their roles as wives and mothers.

Roshan Thiran is the founder & CEO of the Leaderonomics Group and is constantly amazed by the numerous leadership lessons he derives from historical figures. Growing up, Roshan constantly read biographies of great achievers like Marie Curie and others. He learnt so much and hopes his writing will inspire others that follow. Follow Roshan’s daily adventures and leadership tips on his LinkedIn, Twitter and also on Facebook pages at www.facebook.com/roshanthiran.leaderonomics 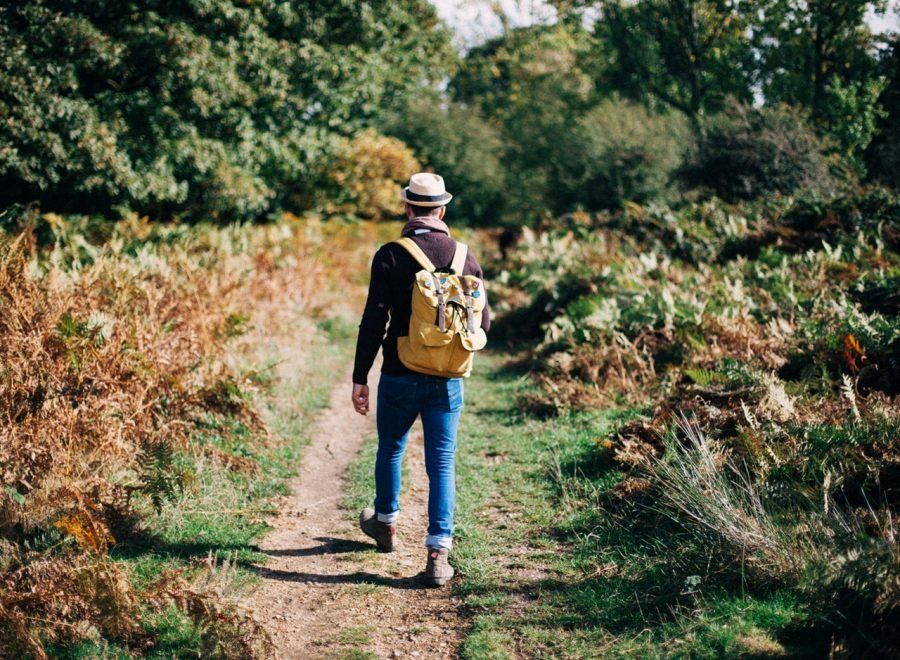 How to Keep Going When Hope Turns to Disappointment