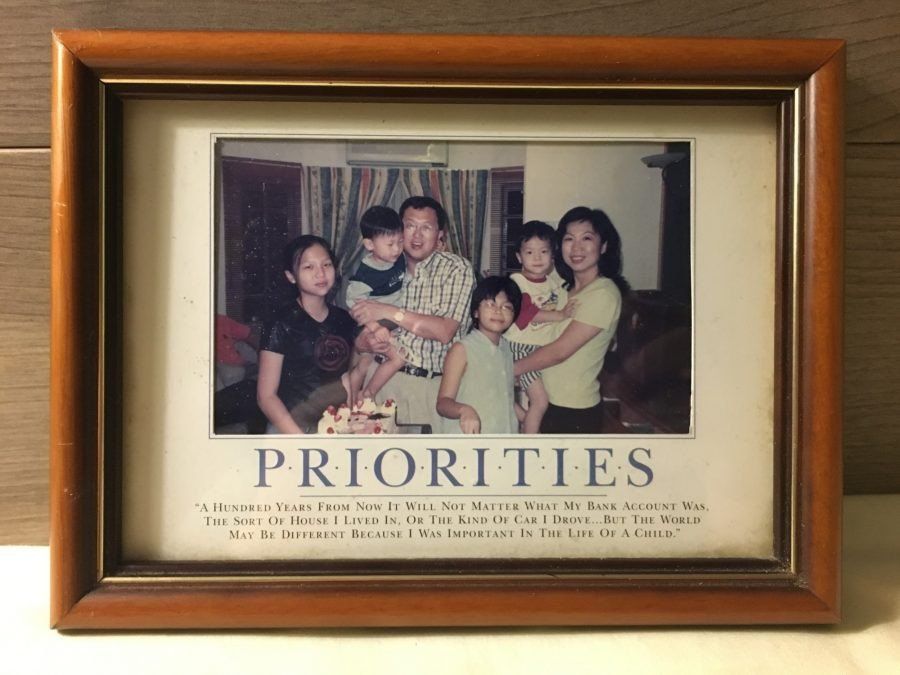 For many of us, our fathers show us by the example they set the kind of people they want us to become. Whether biological, foster, or adoptive, they teach us through the encouragement they give, the questions they answer, the limits they set, and the strength they show in the face of difficulty and hardship. Our fathers impart lessons and values we will always carry with us. With their presence and their care, they not only fulfill a profound responsibility, but also share a blessing with their children that stands among our truest traditions.

That was Obama’s Presidential Proclamation speech on Father’s Day in 2012. As his quote suggests, a father’s influence is subtle but powerful.

All children bear their father’s traits in one way or another – being profoundly influenced by their fathers – whether positively or negatively.

“The Child is the father of the Man,” wrote William Wordsworth in his poem My Heart Leaps Up, which indicates that our formative years as a child shape the character of our tomorrows as an adult.

This is true not only as individuals but also in their leadership capability.

Fathers and father figures play a vital role in bringing strength and stability to the home.

They shape our lives, giving permission to step out of our comfort zones that form our secure base, autonomy and independence as adults.

Dr. Meg Meeker, author of Strong Fathers, Strong Daughters, wrote: “A father has authority with a capital A.”

She is a firm believer that a father’s influence plays a vital role in the development of women.

“From the first years of a girl’s life her father is larger than life. She looks up to him, and for the rest of her life she craves his admiration, his respect and his affection.”

In a Forbes article, she quoted that the reciprocal exchange of admiration, respect and affection present in a father-daughter relationship is the recipe for successful women.

I, for one, had the privilege of having an amazing father and, growing up, I never doubted the love my dad had for me. Although he is no longer with us today, his influence is still so profound.

Here are some of the leadership lessons I learnt from my late father that I continue to use to this day.

My dad is a driven man. He came from a lower income family without having much in his early years.

But his ambition to see the world and to break out of the cycle of poverty was what drove him.

After graduating from his high school, he got by selling insurance to make ends meet.

It was when my mother pushed him to pursue his dream to study overseas that he saw a real kickstart to his
career.

Studying both his degree and MBA in Hawaii while juggling two part-time jobs within two years was a major feat, partly due to the limited financial assistance his family could afford for him.

After graduating, carpe diem was his motto where he lived every day seizing every opportunity to go for training overseas and taking up regional roles that required him to travel frequently.

He climbed the corporate ladder quickly, thanks to his strong work ethic that led to people around him establishing him as a top corporate leader.

My dad’s sheer grit and tenacity still inspire me to this day day in my own career.

A Father’s Day gift that was given by me to my dad when I was 12. I always remember as being Daddy’s little girl.

Despite his success, he remained a caring people’s leader. His wake service was filled with not only his friends, family and loved ones, but his present and ex-colleagues who all had great things to say about him as a boss, colleague and friend.

My dad was the most forgiving man I have ever met. He did not hold any grudges in his heart and would very soon forgive others of any wrong.

His life was never about himself but how others would be blessed by his giving.

An immediate subordinate of his gave a eulogy on how my father not only managed to turn around a company within two years, but kept the entire staff together and cheered them on to boost their spirits even in those challenging times.

“Celebrate the small wins,” was the mantra he used to boost his team’s morale.

That is one of the many things I have learnt from him, i.e. to have that spirit of encouragement and positivity, seeing the silver lining in every cloud.

I am proud to hear that, as successful as he was in his career, he also made an impact on the lives of others.

Love through giving and sacrifice

As much as my father was a busy man, he never failed to always put his family as a priority.

I remember that, when I was growing up, he would not only shower us with gifts every time he came back from his travels, but he would never hesitate to give us what we need.

He was always giving without expecting anything in return. He would go to great lengths to help his friends in need even if it meant personal losses.

Yet, he never let those experiences dampen his spirit of generosity.

Being the sole breadwinner in the family, he worked hard to provide us with the very best, including sending all four of his children overseas to study and giving us a comfortable life.

I remember that, at one time, we had to make a difficult decision whether or not to move the family overseas.

My father said that he was willing to stay behind in Malaysia alone to continue earning money so that his children could have a better education living in a foreign country.

That is where I learnt that leadership is sacrifice.

As John Maxwell quoted: “The heart of good leadership is sacrifice.”

As much as I was thankful to enjoy the love and sacrifice my father showed over the years, I am even more grateful to learn the value of giving and sacrifice from my father early on.

I now find that very relevant in my own career, as I lead team and take up leadership positions.

My father was a humble man and epitomised the concept of servant leadership.

Despite his accolades, he never boasted about them. He would only speak of his children, his family and their achievements.

He would be thoughtful in knowing what we needed without asking for it, from servicing our cars and pumping petrol to blending fresh juices every morning, chauffeuring us around and running errands for us.

He would do them without complaining. He enjoyed serving people and expressing his care through acts of kindness, without expecting anything in return.

He was a man of integrity. He always taught us to do what is right, never comparing ourselves with others, but to be excellent and honest in everything we do.

Just like a quote he had in his study that says: “Your work is a portrait of who you are, autographed with excellence.”

The servant leadership traits are principles I hold dear as a leader.

From sacrificing his time and himself to humbly serve others out of love, I learnt from my father that leadership is not about position, perks and power, but how you influence and give up your own right and lead through the giving of ourselves for others.

My father was a true family man who made every opportunity to spend time with us as a family on the weekends and taking us for family holidays.

My favourite memory of Dad was him making a hearty breakfast for us every Sunday morning.

He took delight in cooking for us every week so that we can have them just in time before we went to church.

You see, he was not just doing that out of love for his family but he believed strongly in creating rituals to bring the family together.

Forming rituals is applicable even in organisations to create the bond and camaraderie to bring everyone together and work better as a team.

With a united team, we can get through anything. In my career, I have emphasised unity to the people around me and the ones I lead.

With togetherness, not only do we form a strong formidable force to overcome challenges ahead of us, it also makes the journey better. 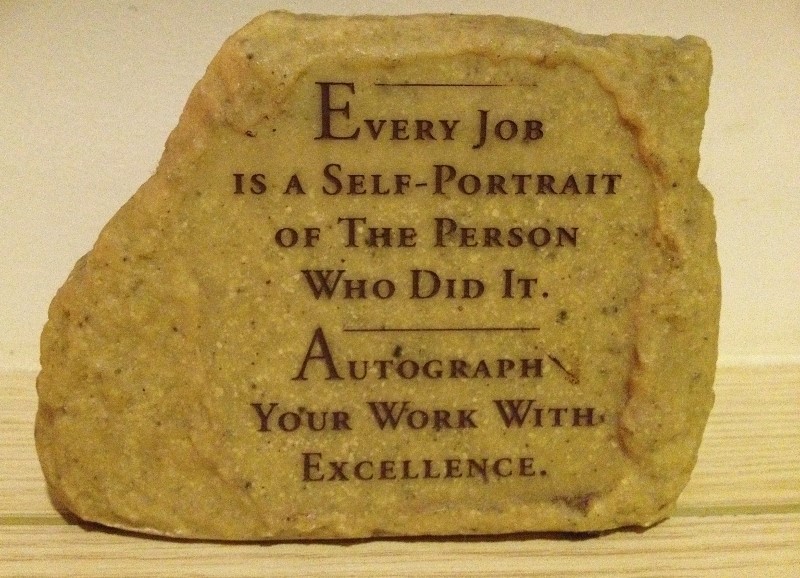 This InspirationRock was on my Dads work desk and it has been my favourite quote growing up.

A father’s influence is one of the major factors that shapes one’s career paths especially in women.

In a 2009 study from the University of Maryland, women are three times more likely to follow in their father’s career footsteps and go into their father’s business.

The increase is due to the changing economic role of women in the world today. With 50% of women comprising the workforce, fathers are now spending more time with their children which has also greatly impacted the role of fathers in their children’s lives.

Experts say that a “father’s love” plays a significant role in children’s development to help them make sense of their place in the world.

This trend leaves a positive impact and it is not surprising to hear of how daughters often eclipse their fathers’ careers.

I am a personal example of this as, when it comes to pursing my dreams, Dad was the one who encouraged me to study psychology and pursue my passion in leadership development.

Dad was a general manager of a large regional bank, organising frequent team building and management retreats for his department.

Hence, I was exposed to training and leadership development at a very young age, with Dad bringing me along his company retreats, field trips and visits to factories to learn the ins and outs of other businesses better.

The exposure I had growing up piqued my interest in learning and leadership development which led me to working for Leaderonomics today.

They say that the first leader you know and emulate is your own father.

Obama believes that fathers bear a fundamental duty and major role in their children’s lives.

In 2009, he wrote: “Show your children, by example, the kind of people you want them to become.”

He praised his daughters Malia and Sasha, then 11 and 8, who were following their father’s footsteps by being actively involved in community service projects and impacting the people around them.

My father is an inspiration and has a tremendous impact on my life.

His influence shaped me to who I am today and I am proud to say that my passion to develop leaders is because of him.

He was a leader that I greatly admired and I am who I am because of who he was and by the way he lived his life.

Just as how others speak well of him and are touched by his love and leadership, I aspire to carry on that remarkable legacy that he left behind.

Dad, thank you for teaching us how to love and lead sacrificially, unreservedly, fervently and faithfully.

May your legacy live on.

Amanda Chua would like to dedicate this article and her successes to her father, Chua Jim Boon. Just as she was inspired by her dad, she hopes that his life story continues to touch lives and inspire others to live a life well-lived. Get in touch with her by emailing editor@leaderonomics.com. 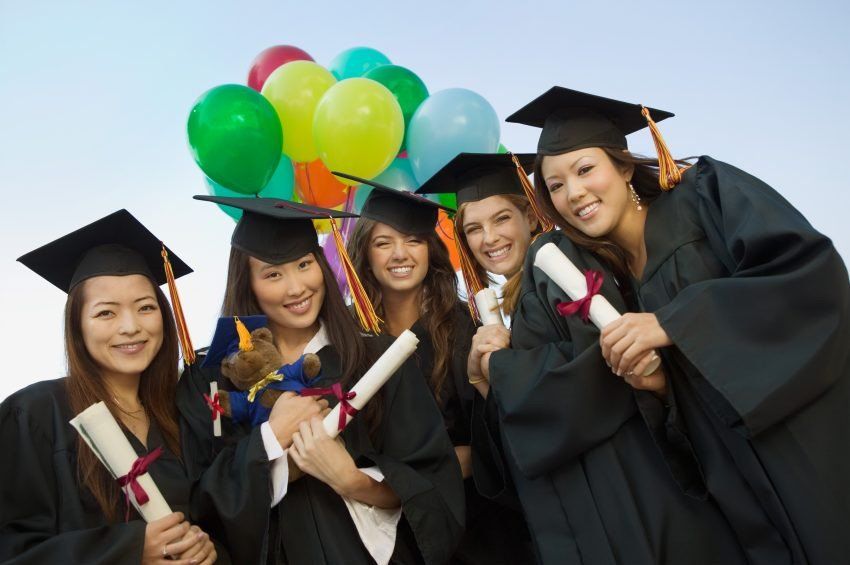 What Do I Do After University?