Never Be An Average Joe: Choose To Be Great 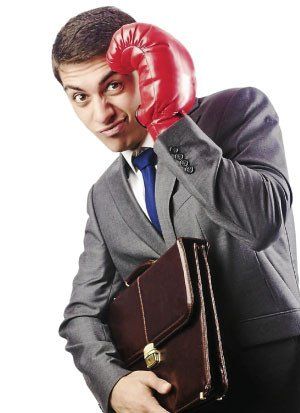 David vs Goliath: Why Giants Fail

A few months ago, I read Malcolm Gladwell’s David & Goliath which showcased how underdogs beat giants. His book chronicles numerous stories of how “underdog” sports teams and business teams out-wit much bigger opposition to win.

And we all have seen how small little Google, in a span of a few years, became mighty Google, outhitting the big boys in their industry. As I was thinking through the myriad of reasons why giants crumble, I stumbled upon a key reason why giants start to fall. All giants were at one point tiny start-ups. Microsoft was a small company in the 70s struggling to make it back then. Every company started small. But it grew and became successful and managed to scale. In fact, most great individuals were the same way.

Many great leaders were not recognised as leaders at birth. They worked hard, grew up, failed, tried harder and slowly built a legacy. As you look back at every great leader and great company, they all began wanting to be different, outstanding, and be exceptional. And regardless of their size, they showed their commitment towards being great. They worked hard to make their businesses think, act and look different.

And they soon beat the big boys. So, what was the issue with the big boys and giants? What caused their downfall? Many of them became average. Their downfall: They became big and had scale but their businesses and people had embraced averageness.

Averageness is a disease that slowly creeps up on everything successful. It is easy to be average. It is comfortable to be average and being average has its “advantages.”

The business of average

The business of average is everywhere. From service at the bank, to being served at restaurants to speaking to a customer representative on the phone, average service is in abundance in Malaysia. Every day, people consciously choose to be average. Average products, average websites, average advertising. It’s everywhere and it’s accepted as norm. A couple weeks ago, I was browsing the newspaper with my wife and we saw a horrendous advertisement from a rather huge company. I showed it to my wife and she smiled and shrugged it off saying, “Yeah, big companies have no time to bother about little issues like their ads.”

Average is a choice. And average leads giants to crumble. According to Malcolm Gladwell, the giant Goliath was fearsome not because he was a great fighter but simply because of his size. In fact, Gladwell goes on to claim that Goliath may have been partially blind. He was an average fighter who got away with victory because he was a giant.

And we have seen so many big companies and organisations “win” not because their products and services are superior but because they have scale and size. Along comes a “David”, who is a better fighter and also changes the rules of fighting by using a sling instead of a sword. An average Goliath stood no chance against a great fighter who is smart (yet small).

The same thing befalls big companies who play the game of “average”. When they meet a smaller foe who decides to be outstanding, different and deliver exceptionally, there is no way they will be able to win in the long-term.

Months ago, I came across a nice “poem” on being average by AJ Leon. He called it the Anatomy of Average. I think it best describes what happens to average people:

Average awaits sufficient case study to prove that it’s worth it, and is therefore late to everything.
Average avoids any and all risk, thereby avoiding both adventure and failure (two of the best teaching tools the world has given us).
Average praises incremental change because it is afraid of revolution.
Average has no courage.
Average decision-making uses “playing devil’s advocate” as a way of masking fear and avoiding responsibility.
Average service focuses on mitigating complaints as opposed to delivering extraordinary.
Average teachers ensure their students never outgrow them.
Average charities reach for your wallet instead of your heart.
Average restaurants are forgotten before we leave the table.
Average people are governed by fear, but convince themselves it’s prudence.
Average finds comfort in standing for absolutely nothing in order to evade any possible attack.
Average is scared to death of remarkable misfits, like you and I.
Average never leads. And most importantly, average is just average and nobody will ever remember it.”

So, how do you avoid becoming an average Joe? Let us imagine that your goal is to bring up outstanding children. How would you avoid the “average” trap of allowing your kids to become like every other “average” child?

Secondly, write down your commitment to greatness. Commit to this goal and make sure you believe that you can bring up a child that is not only good but great.

Thirdly, write down what it takes to be world-class. List down all the aspects of greatness.

Finally, write out action items that will enable you to make point three become a reality. You can use the same process to ensure averageness is a thing of the past in your life.

Hard to be great

Every day I work hard to make sure each person in my organisation is never satisfied with being average. Average is the reason why organisations start to falter and at Leaderonomics, I pray we never reach that stage. Being average is a trap that we can easily fall into. And once the “average” disease starts to spread in an organisation, it is extremely hard to eradicate.

Part of the problem is also that being exceptional and different is extremely difficult. You will face numerous obstacles on your path to greatness. You will need to go through them and overcome them. That is a key reason why average is easy and greatness is so difficult. If greatness was something easily attainable, no one would continue thriving in mediocrity.

Even if your past may be full of “averageness”, there is no reason why you cannot change your future. Every morning you get an opportunity to choose to be great or average. Fight hard each day to be exceptional.

Don’t get suckered into thinking average is good. Average is for average people. You are better than average. You are exceptional. You are different. You are not an average Joe. Remember, average is a choice. It is not something we are genetically predisposed to. In fact, 95% of who you are is learnt. So, we can keep pushing ourselves to greatness.

Roshan Thiran is passionate about transforming the nation through leadership and youth development. He prays each day that he will never become “average.” To get resources to all of Roshan’s videos and articles, go to Facebook and Like www.facebook.com/roshanthiran.leaderonomics. Click here for more articles like this. 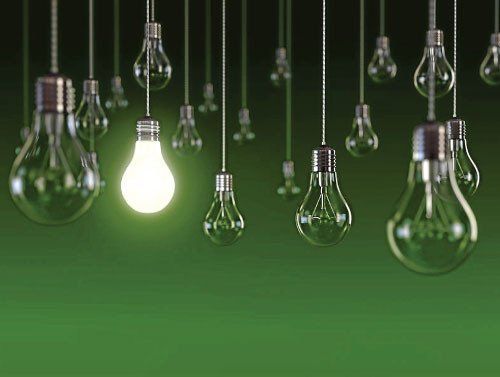 Don't Settle In Your Strength

Tags: Be A Leader, Growth