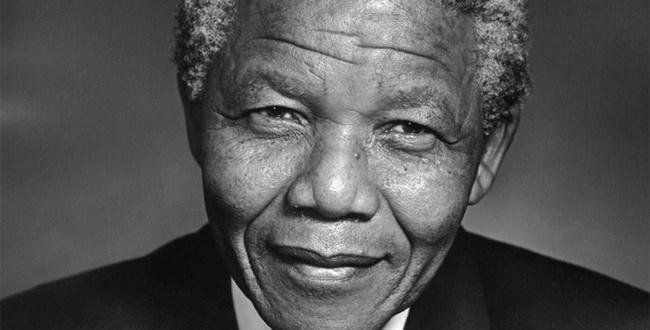 On Dec 5, 2013, I woke up to very sad news, which saddened multitudes around the world. Nelson Mandela, one of the most influential and admired leaders of the modern world, had gracefully completed his long walk to freedom and peace. Much has been said about Mandela and there are so many things to learn from his life. But we sometimes forget the rough stone young Mandela was in his 20s before a gem emerged 27 years later.

In his younger days, Mandela was very passionate, rash, ready for vigorous fights, and sometimes acted so radically that he was branded by some as a terrorist. When asked how prison had changed him, his very wise and honest answer was “I came out mature.” As organisational leaders, managers and human resource (HR) leaders, don’t we sometimes wish we could hear the same comment from some of our talents after a rough time?

If we were to look at our organisation, some of us can probably spot some young Mandelas in our midst. Often, they are capable, smart and they deliver results. Yet, they are rash, unrefined with their words, aggressive, demanding and sometimes arrogant! Fortunately or not, these passionate and talented individuals don’t have to go through 27 years of imprisonment to learn key lessons from Mandela. Someone once said, “Life is too short for us to learn exclusively from our own mistakes.”

Learn from the mistakes of others. You can’t live long enough to make them all yourself. — Roosevelt

So, I hope I can share some key traits of Mandela’s that we can shape and see in our talents, regardless of how much they may seem to be a pain at this point. I recently picked up a book stowed away on my bookshelves for a year or two now –Mandela’s Way: Fifteen Lessons on Life, Love and Courage by Richard Stengel. What a timely read. I’d like to share with you some insights that Stengel picked up on in his many intimate conversations and travels with Mandela when they collaborated to write his autobiography, A Long Walk To Freedom. If you’d allow me to loosely draw some parallels from this insightful book, I would like to share three of Mandela’s leadership ways that we can apply to ourselves, and use to mentor young talents. 1. Lead from the front and the back

Many of these robust young leaders are eager to lead and be seen to be leading. Taking the lead comes naturally for most passionate leaders. But learning to lead from afar and allowing others to take the limelight may take a little more convincing for these leaders. It’s almost like asking a hyperactive child to sit still while watching his friends play his favourite game!

When you want cattle to move in a certain direction, you stand at the back with a stick and then you get a few of the cleverer cattle to go to the front and move in the direction that you want them to go.-Mandela

“The rest of the cattle follow the cleverer cattle in the front, but you are really guiding them from the back.” That is how a leader should do his work. And as a business leader, sometimes that’s what it takes. Mentor younger leaders to lead teams in the direction you intend them to go, from afar. And your role is to train these young leaders to do the same as they grow.

Listen to this podcast: Raise Your Game: Leadership Lessons On Nelson Mandela

2. Have a core principle

Mandela lived by one key principle: Equal rights for all, regardless of race, class or gender. He shared too that principles must be accompanied by tactics. That said, a younger Mandela often acted on ideal principles but not much tactic. Prison gave him time to stop, think and realise that guerrilla tactics he took was not going to work in South Africa. As he matured, he kept to his principles – to see a non-racial democratic South Africa for the whites and the blacks. But his tactics changed.

From a freedom fighter, he became a transformational leader who was willing to negotiate, listen, change, adapt and refine his strategy to achieve his main goal. He developed patience to walk through the dessert before reaching his promised land. What is your core principle? What’s your non-negotiable promised land that you are fighting for? As leaders, this is a key question we need to ask our passionate young talents too.

Often time, these eager young souls have a destination and a specific route they’d like to take and are not open to consider anything else apart from what they have envisioned the journey to be. Mentor them to be more open without compromising their core principle or goals.

3. Quitting is leading too

Sengel says this of Mandela: “When he became the first democratically elected president of a free South Africa, he probably could have stayed president for life if he had wanted to. “He would certainly have been elected by acclamation to a second five-year term. But he knew his real job was, as Cyril Ramphosa put it, ‘to set the course, not steer the ship.’ “Mandela gracefully announced his retirement in his second year of reign stating that he will be 80 years old by the next election, stating ‘An octogenarian shouldn’t be messing in politics.’

From this decision, he made it clear that his goal was not to gain power for personal gains or gratification.” Mandela knew when to lead from the front, from the back, from afar or not at all. Many presidents before and during his time in Africa fought hard for the throne only to be forced to leave, and sometimes with the help of some AK-47. But with Mandela, as dignified as he left the world, he also left his throne for the next in line. As leaders, we need to know when to “retire” or hand over.

Like Mandela, we also need to know which fights to pick. Insisting on our way for every project will not make sense or bring much long-term success. In the larger picture, succession planning comes into play. Do you have a successor in line? Are you mentoring younger leaders to leave legacies through their successors rather than hoard leadership positions for too long? There are so many more lessons we can draw from Mandela’s life. What I share with you today may require you and your mentee to consider some changes in behaviours, approaches or maybe even some paradigm shifts. Don’t worry about losing yourself.

The reality is, when Mandela shared that he emerged mature, he didn’t mean that he was no longer passionate like how he used to be. Rather, he learned to control youthful impulses, manage his anger and was no longer easily hurt or bitter. He was fighting the same cause, but with a very different attitude and approach – a much more effective one.

What other lessons can you learn from the life and leadership of Mandela? Share with us at editor@leaderonomics.com. We would love to hear from you. Click here for more articles like this. 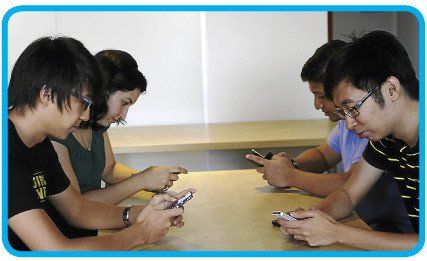 The Lost Art Of Conversation