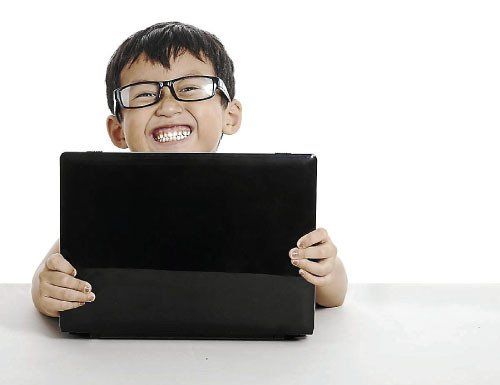 Most managers who are Gen-Xs expect the younger generation to commit equal hard work and complain if their juniors refuse.

Gen-Ys have an unrealistic sense of entitlement. They want high salary and work positions than their experience and education can dictate.

The statements above are common grouses often heard by working people in the office. We are in the era where three distinct generations: Baby Boomers, Gen-X and Y, all with their own perspective, styles and expectations are working together.

These differences often create misunderstandings, stereotypes and conflicts. What used to work in the past no longer works now. Most Baby Boomers are in the age close to retirement. Gen-X is the generation of leaders replacing Baby Boomers and Gen-Y is the fastest growing workforce segment with potential emerging leaders.

This article strives to uncover the differences, dismantle prejudices and sharpen sensitivities between the generations. We focus on the Malaysian workforce where our demographic, culture and socio-economic realities are different from other countries.

Unfortunately, there is not a lot of research available on Malaysian generations, and data from the United States are recommended to be used only as a reference point.

Here is an overview of the three generations in the United States vis-à-vis Malaysia: In my opinion, the definition of each generation varies from country to country. In Malaysia, no official study has been done. The classification by year of birth should only be used as a guide, and is not definitive in identifying your generation.

You could be born in 1985 with the mind-set of a Gen-X as your exposure to technology was not as extensive.

Similarly, you could be a Gen-Y even if you were born in 1975 because you are so tech savvy and use it in every area of life.

To understand generational differences, we must examine the influence of culture, local values and the expectations of the different generations.

Let’s analyse the Malaysian population based on statistics in the following graph:

Firstly, the word “Baby Boomer” was created because the baby population grew tremendously after World War II in countries like the United States, China and Japan. They were the builders of the economy after the war.

In Malaysia, our population was still low and there wasn’t any “baby booming”. Looking at the statistics, our baby boom happened with Gen-Y.

The numbers show that Gen-X and Y make up about 90% of the Malaysian workforce.

This statistic is generally representative of the demographic of staff of most companies in Malaysia. Gen-X are the pillar holders of Malaysian corporates and Gen-Y is the upcoming generation to take over the baton. Baby Boomers must learn to let go and live on the laurels of what they have built.

Let’s explore the core values and belief systems of the generations in Malaysia. This is data collected from participants in training workshops:

We can see some similarities and differences in the core values of the three generations. The greatest contrast is between Baby Boomers and Gen-Y, whereas Gen-X sits in between.

Our Boomers believe in control and rules, and believe respect is earned. Gen-X in their own way have learned to follow and adapt (still within the system) in order to help to achieve bigger goals for the company.

Many industries in Malaysia were started by Baby Boomers in the 70s and 80s. Gen-X assisted Boomers to build scale, resulting in companies growing from success to success.

The Boomers are proud of the way things have been done and insist it should be followed. Gen-X may or may not like it, but they were taught that following is the right thing to do.

There are two types of Gen-X, namely, Gen-X–Boomers and Gen-X-Y. The difference is dependent on which era the individual is closer to.

When Gen-Y comes into the picture, although they feel that things are being done, they see it as too structured and rigid.

Their wish is to breakaway and create new landscapes based on technology, speed and the concept of a borderless world.

As our society becomes more affluent, Gen-Y increasingly believes in lifestyle. Work must be fun too. Work and play must be integrated, and work must be flexible.

They challenge why work must be confined only to the office. Why must it be from nine to five? With Internet and technology, as long as work is done and delivered, why can’t I do it in Starbucks with my favourite cup of coffee?

From here we can draw our own conclusions:

GEN-Y: You must allow flexibility, creativity, make work fun, cut short the time and bureaucracy for promotion, provide gadget and technology, give immediate feedback and have mentor-mentee system

GEN-X: Provide stability, security, give recognition and reward, explain how personal objectives can be met, provide training and development

BABY BOOMERS: Give appreciation, respect, recognition and reward, encourage contribution and being part of the team, and listen to them.

Easier said than done, because the following are some of the challenges

· Are Baby Boomers ready to accept the new way and new style of Gen-Y? Not sure.

· How long will it take for Gen-Y to realise that there is no instant success and many things still take years to learn? Some may never learn.

· Gen-X is in dire need for efficient and effective support staff. However, due to high turnover rates at lower levels (most of whom are Gen-Y), many feel over-stretched and ended feeling frustrated. Caught in-between.

To be a great generational manager, you need to master three basic skills:

1. The ability to look at every individual based on their personal needs. Understanding generational differences helps to reduce conflict.

2. The use of different communication styles and modes with different generations. For example, speak face-to-face with Baby Boomers, use WhatsApp or Facebook to speak to Gen-Y and Gen-X, a combination of both.

3. The customisation of incentives that recognise, reward and drive high performance. One size fits all is out when managing a diverse team. Customisation becomes your key to motivating and retaining talent.

Every generation has its assets and liabilities. The key is how to capitalise on each other’s strengths for maximum talent utilisation.

I believe we are capable to find our own recipe on how to manage and lead Malaysian generations. Malaysia boleh!

Lily Lau is a trainer that aims to inspire people to reach their potential through self-discovery of personal talents. She embraces diversity and her passion is to connect generations with the view of bridging generational gaps for Malaysian corporates. To engage her for your organisation, please email people@leaderonomics.com. Click here for more articles from Leaderonomers. 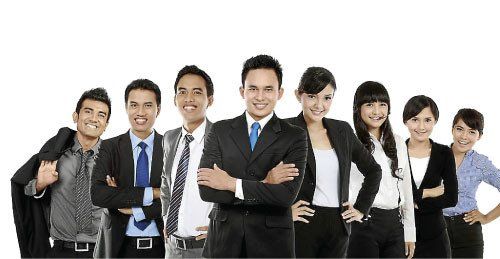 Getting The Best Out Of Gen-Y