Lessons We Can Learn From Oprah Winfrey 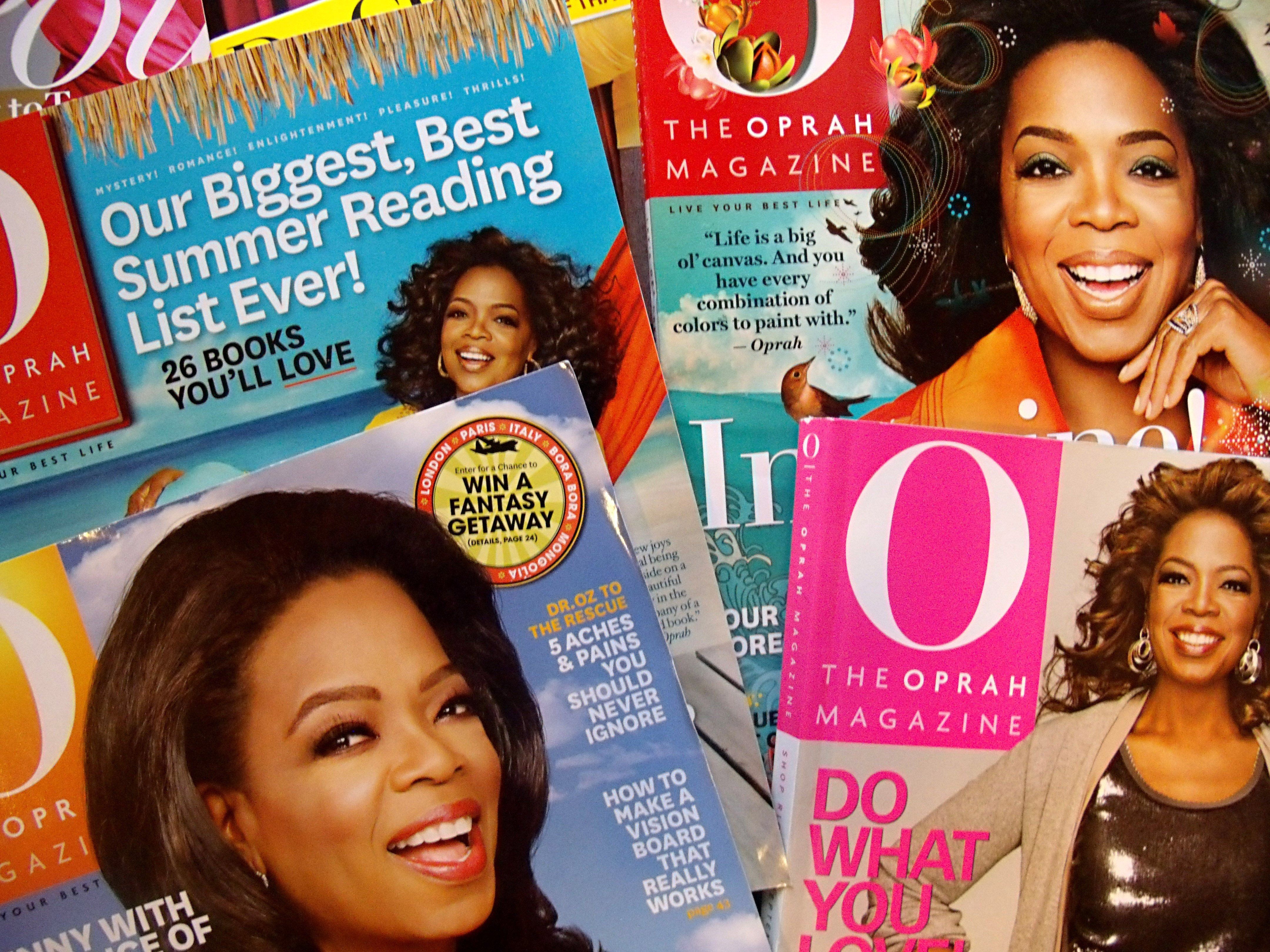 “I think time is not put to its best use focusing on where we haven’t been, what we need to do. My thing is: do it. You want to see changes? Then get out there and make those changes yourself.”

If there ever was a true, rags-to-riches story that stands as a testament to the fact that bold leadership can achieve great things, it would be the story of a little black girl born in the southern state of Mississippi.

This little girl would not only grow up to be one of the finest women entrepreneurs in the world, she would also go on to redefine many aspects of TV and become the Queen Of All Media.

Oprah Winfrey was born in 1954 into a life of rural poverty in the town of Kosciusko, and was raised by her grandmother until the age of six. Her grandmother was so poor, it’s said that Oprah would attend school wearing dresses made from potato sacks.

She later went to live with her father in Nashville and was raped several times, from the age of nine, by members of her own family. At the age of 14, she gave birth to a son as a result of her sexual abuse. The baby died soon after his premature birth.

At age 17, Oprah won the Miss Black Tennessee beauty pageant, and while in high school, she was hired by a local radio station as a part-time newsreader. When she was 19, Oprah dropped out of college to take up her new role as Nashville’s WLAC-TV news anchorwoman.

Following her role at WLAC-TV, she was taken on as the news co-anchor at Baltimore’s WJZ-TV. As fate would have it, Oprah’s emotional delivery ran against the grain of the standard new programme, and she was transferred in 1978 to the daytime chat show, People Are Talking.

After six years of honing her skills, Oprah moved to Chicago and, in 1984, the morning chat show A.M. Chicago was subsequently renamed The Oprah Winfrey Show ‒ it quickly became America’s No.1 nationally-syndicated talk show.

The show was a huge success – running for 25 years. It transformed the chat show platform into the more personal and empathetic format we’re used to seeing today, thanks to Oprah.

When her show ended its run in 2011, Oprah launched her own TV network, the Oprah Winfrey Network (OWN).

By this point, she was such an influential figure in American culture that the term ‘The Oprah Effect’ was coined ‒ the effect appearing on Oprah’s show or being endorsed by her had on an individual, business, or even an idea.

It’s even said that her style influenced the public when it came to politics, as people demanded prospective representatives to be more open, candid, and to show more of their human side. During Barack Obama’s inaugural presidential campaign, it’s estimated that The Oprah Effect brought one million votes to Obama’s first successful run for the White House.

Coming from a background where the odds were heavily stacked against her, Oprah Winfrey built an influential media empire, became North America’s first black multi-billionaire, and has used her profile to raise awareness for numerous charities, causes, and social initiatives.

She is also an Oscar-nominated actress (for her role as Sophia in The Color Purple, 1985), and starred in the critically-acclaimed film Selma, and the TV film The Immortal Life of Henrietta Lacks.

Be bold and take risks

One of the key traits of Oprah is her willingness to be bold and take risks.

To be bold, one has to overcome fear. Fear cripples. Oprah has this to say about fear – “The thing you fear most has no power. Your fear of it is what has the power. Facing the truth really will set you free.”

Many people live their lives afraid of failure ‒ Oprah lives hers as though failure is afraid of her. Writing about the habits of billionaires, American entrepreneur, Paul C. Brunson spent time working for Enver Yucel and for Oprah. He noted that part of their success came with their tendency to be comfortable taking calculated risks.

He wrote, “What intrigues me even more about Enver and Oprah was that even at their high financial status and success level, they still possessed a willingness to risk their most precious asset (their name and legacy) on new and bolder projects. If you’re not taking risks, you’re not making moves!”

Oprah believes risky situations also are significant opportunities. She says, “I believe that one of life’s greatest risks is never daring to risk.” She also believes that failure should be heralded and talked about.

“Think like a queen. A queen is not afraid to fail. Failure is another stepping stone to greatness.” Says Oprah. This thinking enabled her to bounce back from multiple failures in her early days.

Her advice to fellow entrepreneurs is this:
“Nobody’s journey is seamless or smooth. We all stumble. We all have setbacks. It’s just life’s way of saying, ‘Time to change course. Do the one thing you think you cannot do. Fail at it. Try again. Do better the second time.’ The only people who never tumble are those who never mount the high wire.”

Oprah truly believes that if we want to make changes – be it for ourselves or the world – then we shouldn’t wonder or talk about it; instead, we should work to make it happen.

If one thing characterises the pioneering leadership of Oprah Winfrey, it’s her absolute willingness to be bold, to go after whatever she wants, and to manifest her vision – however long it takes.

Being resilient and optimistic

At the 2018 Golden Globe Awards, Oprah Winfrey was awarded the Cecil B. DeMille Award for outstanding contributions to entertainment.

Her powerful acceptance speech was packed full of poignant calls to action to help create a better world of equality of opportunity, understanding, fairness, compassion, and humanity.

As a self-made multi-billionaire who grew up through a life of poverty, Oprah reminded us that we are in control of our own destinies, and that our lives are shaped by the choices we make and how we choose to move forward in the face of adversity.

In her captivating speech, she pointed to the power of resilience, saying, “I’ve interviewed and portrayed people who’ve withstood some of the ugliest things life can throw at them, but the one quality all of them seem to share is an ability to maintain hope for a brighter morning, even during their darkest nights.”

How about us? Do we fear failure? Are we afraid of change? Do we talk more than we do? Are we resilient in times of pain and despair? Can we keep smiling and spread optimism around us?

Oprah believes we can. And I know we can.

Let’s work to be better versions of ourselves each day and keep spreading the joy of belief to everyone around us! 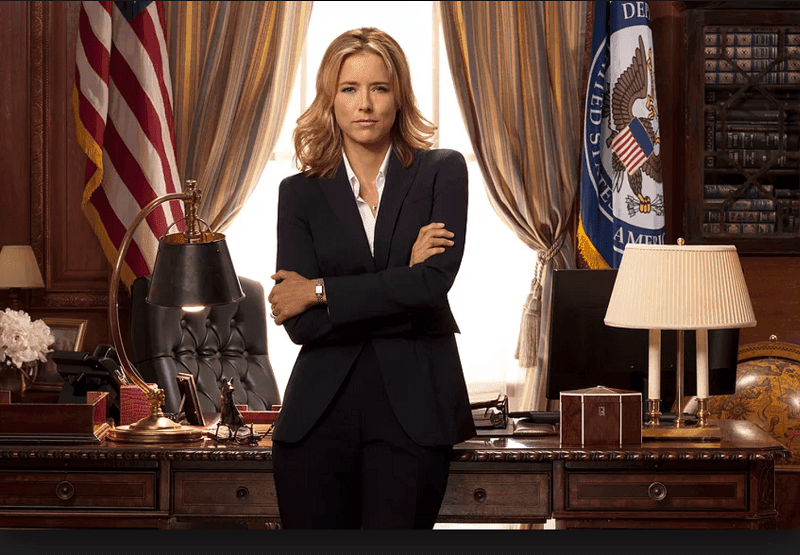