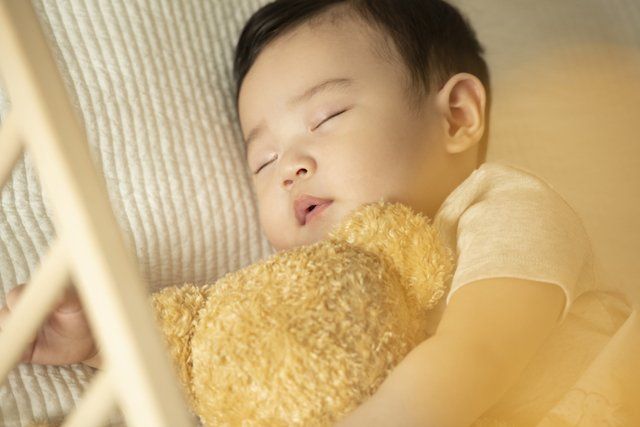 Facilitating transformational change is easy when the desired outcome is crystal clear. Ever watched a baby learning to walk? The way a baby transforms her ability to move from point A to point B – crawling and later walking – is an excellent reminder for us adults that transformation can be rather easy. That is, if the vision is crystal clear and the fear of failure is eliminated. Watching my own daughter go from sitting up to literally running has been incredible to see, and I’ve learnt a tremendous amount from her experience.

A “safety-zone” eliminates a fear of failure

If babies internalised failure like adults, they might never take a step. Parents make it easier by creating a “safety-zone” in our homes so kids can teach themselves to walk without hurting themselves too badly. While I’ll be the first to tell you that my daughter is advanced in every possible way, I knew that even she wasn’t going to be successful at walking on her first or even fourth attempt.

Interestingly, within organisations, the expectation is that large-scale transformations will be flawless on the first attempt. Instead of creating an environment where learning is accelerated – a “safety-zone” – most leaders inadvertently create barriers that inhibit their people from suggesting and exploring new ideas. With that expectation of a flawless first try, organisations instil their people with a fear of failure.

Each time my daughter falls, somebody is there to encourage her to get back up and try again. Working with a client recently, I noticed the fear of failure caused the team to get stuck in endless research, debate, and planning. This phenomenon, often called “churn”, can become a death-spiral for an organisation’s initiative because, ultimately, the team spends so much time preparing not to fail, that they remain in a destructive state of paralysis. I’ve learnt to recognise churn and act quickly. The fear of failure is eliminated when leaders are encouraged to instil a sense of confidence in their team and facilitate learning in their pursuit of success. It’s amazing what teams can accomplish when they not only have permission to act, but also have the authority to be less than perfect, all the time.

Parents play a critical role in shaping what their children define as success in life. One of the first behaviours parents model and encourage is walking. Not only do parents communicate a vision that is crystal clear, but they also model the behaviour associated with success on a daily basis. Walking is the desired outcome and babies are relentless in their pursuit of it. A trip here, a fall there – no “failure” is too great to shake them off course.

Being a force for clarity – creating a clear definition of success – is not a simple task for leaders. It’s often an area where we see leaders fall short. More than anything else, clarity and alignment are the key factors that accelerate your organisation’s implementation of a change strategy.

Simply put, the leadership challenge is to communicate the ‘what’ (walking) and the ‘why’ (to move from point A to point B). Answering the ‘how’, ‘when’ and ‘where’ – questions associated with management – is best left delegated to the troops on the ground. You can imagine it’s not fulfilling to have someone ordering you to move your left foot forward, then your right.

So much of what we do as parents to facilitate the growth and development of children is applicable in the business world – teaching babies to walk is just one example. However, in this example, it is clear that we are actually teaching very little.

Rather, we are defining success and creating clarity with our actions, allowing failure to facilitate learning, and most importantly, getting out of the way so miracles can happen.

This article originally appeared on Forbes.com, and is reposted with permission.

For feedback, drop us a line or two in the comment box below or email us at editor@leaderonomics.com.

Has Your Company’s Charitable Giving Become An Empty Ritual?

Shaun Spearmon
Shaun Spearmon is an engagement leader at Kotter International, a firm that helps leaders accelerate strategy implementation in their organisations.