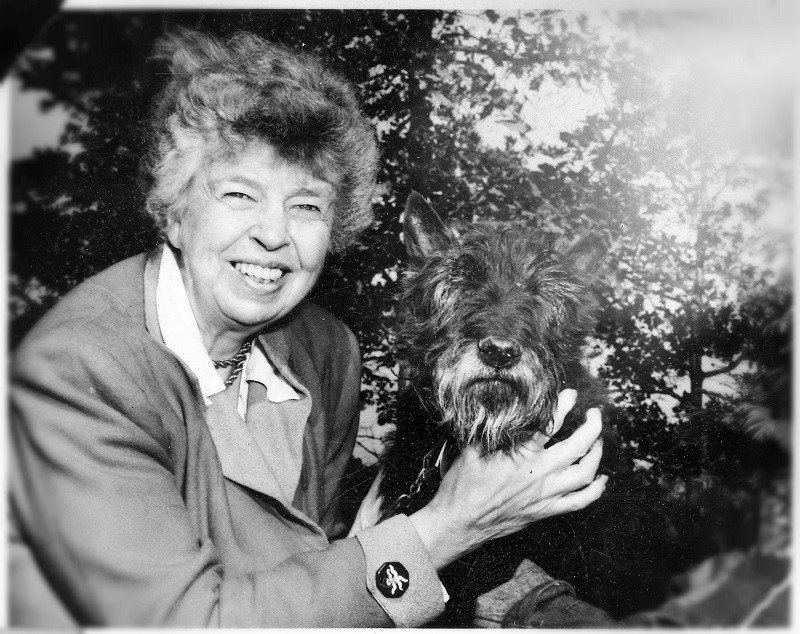 “The future belongs to those who believe in the beauty of their dreams.” —Eleanor Roosevelt

Since its construction in 1792, many transformative leaders have resided at The White House including Abraham Lincoln, Thomas Jefferson and many others. For every great President to have walked the hallowed halls is a great First Lady. My wife likes to remind me every now and then that behind every great man is a great woman. The truth of this was never more apparent than in the marriage and formidable partnership of Eleanor Roosevelt and Franklin D. Roosevelt.

Eleanor Roosevelt (1884-1962) was born in New York and her father, Elliott Roosevelt, was the brother of the 26th President of the United States, Theodore Roosevelt. A shy girl growing up, Eleanor had a troubled childhood.

Listen to this corresponding podcast

She was just eight years old when her mother died; her four-year-old brother died the following year; and her father died one year later. Orphaned just prior to the age of 10, Eleanor was sent to live with her maternal grandmother. 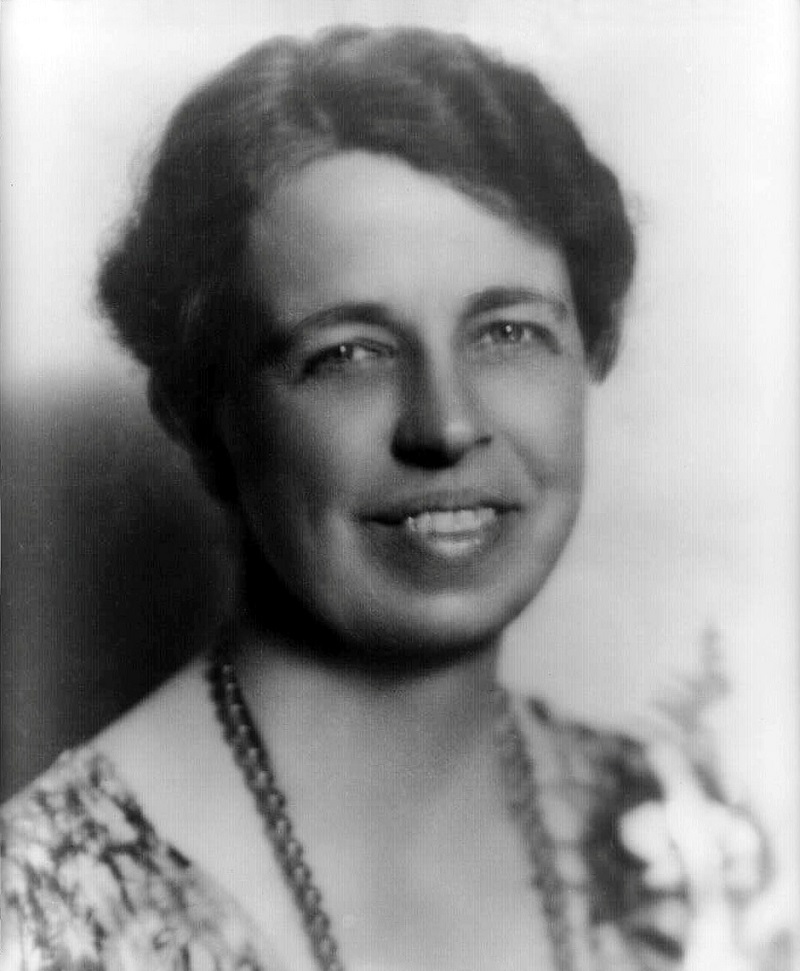 Most of us would have felt totally devastated and victimised by the loss of our mother, brother and father. Instead of sulking and being depressed, she used her pain as an impetus to make this world a better place.
Blanche Wiesen Cook, a biographer of Eleanor, wrote: “The tragedy of her childhood is really the impetus for her vision and for her life. Her ability to perceive need and to understand and empathise was the ability that was created in her childhood.

She went around the country and the world wanting to make it better for people in want, in need, in trouble.

How many of us, when faced with obstacles and suffering, give up and sulk? A key lesson we can learn from Eleanor is to learn to pick ourselves up and use the pain and scars of our life as a stimulus to enable us to make a difference.
She chose to light a candle instead of cursing the darkness. We can do likewise.

As a teenager, she was sent to a boarding school in England, which helped to alleviate her shyness and bring her out of her shell. On March 17, 1905, at the age of 20 she married a 22-year-old Harvard undergrad and her fifth cousin-once removed, Franklin D. Roosevelt (FDR). When her husband became president in 1933, Eleanor radically transformed the role of First Lady from being one concerned with social matters to playing an active role in the White House administration.

FDR’s presidency coincided with The Great Depression years, which began in 1929 and lasted approximately 10 years. His New Deal initiatives were focused towards economic recovery, and Eleanor became FDR’s eyes and ears as she travelled the country to check on government programmes and institutions.

She was a powerful advocate of social justice and civil rights, and she also encouraged her husband to appoint more women to federal positions. As First Lady, she held numerous female-only press conferences in a time when women were banned from such events in the White House. For 27 years, beginning 1935, she wrote a column six days a week called My Day, which was syndicated across 62 newspapers and engaged a readership of four million people. In total, she wrote 8,000 columns, authored 27 books, and delivered around 1,400 speeches during her time in public service. Eleanor revolutionised community building by creating movements.

She is truly an amazing visionary who understood what we need to do is build movements. She went door to door, block by block, community by community to build movements with her allies. She called it ‘trooping for democracy’.

For Eleanor, it was not about campaigns and social activities but about creating a movement that would push a nation to change.

Eleanor the leader who stood up for what she believed in

As a leader in her own right, Eleanor was a champion of equality and freedom, and was resolute in her conscientious efforts to give a voice to those most in need. In 1939, she resigned her membership of the Daughters of the American Revolution after African-American singer Marian Anderson was denied the opportunity to perform at Constitution Hall. 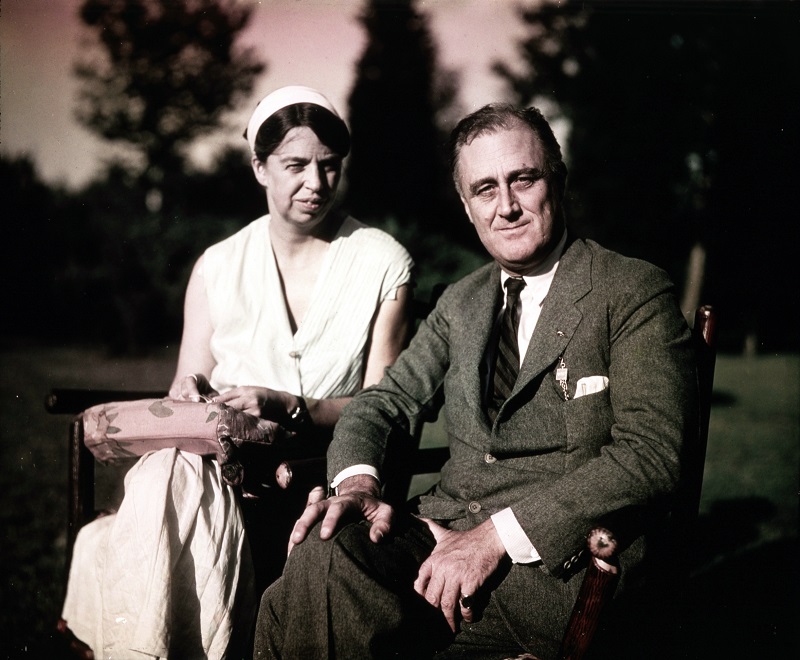 Eleanor organised an alternate venue for the singer, inviting her to perform instead at the Lincoln Memorial. She was also proactive in helping to ensure that women had a voice in and around Washington DC. Her female-only press conferences meant that media organisations had to have women staff on their roster, which, in turn, meant that some of what appeared in the media was delivered from a much-needed female perspective.
In another instance, Eleanor supported anti-lynching laws (supporting the National Association for the Advancement of Coloured People) that her husband didn’t endorse because he was scared he would lose the votes of the Southerners.

As I have studied throughout history, great leaders like Eleanor always stand up for what they believe in even if it goes against the beliefs of the ones they love.

One of her most notable achievements was the passing of the Universal Declaration of Human Rights. In January 1947, when the United Nations Commission on Human Rights was established, Eleanor was elected as its chairman, after having been appointed a United Nations delegate by President Harry S. Truman a year earlier.

She worked tirelessly to finalise the declaration, and the Russian delegates who took to stonewalling the process found a powerful match in Eleanor.
On Dec 10, 1948, the UN General Assembly formally adopted the Universal Declaration of Human Rights, which continues to be an internationally-recognised statement of fundamental rights for every person on earth.

At the time, Ambassador Charles Malik of Lebanon said of her efforts:

“I do not see how, without her presence, we could have accomplished what we actually did.”

At the declaration’s passing, the delegates rose to give a standing ovation to the woman who set the standard of human rights for nations throughout the world. Eleanor was an inspiring leader who not only spoke about the need to make the world a better place, but actively set out to lead the way in bringing about political and social change.

Great leaders always produce results. Eleanor made a difference but she did it by having a pulse of what was happening on the ground and then working to listen to all points of views and finally focusing on a solution rather than bemoaning the problem.

Each of us can emulate Eleanor’s simple yet effective approach to driving change and achieving results.

Eleanor never lost faith in humanity. In spite of having had to taste the bitterness of the death of her family early in her life, she always loved people, treasured friendships and remained faithful to her calling to make this world a better place.

It was because of her strength and courage to stand up for what she believed in that the wheels of progress were set in motion and the voices of women, ethnic minorities, the young and the poor were given a platform to be heard throughout the world.

We too, can be like Eleanor and set in motion a chain of events that will enable a brave new world to be birthed. All we have to do is be a leader that stands up to the wrongs of this world, and to create a movement to slowly change our world for the better!

To learn more how your can empower the women in your organisation to greater heights, email info@leaderonomics.com 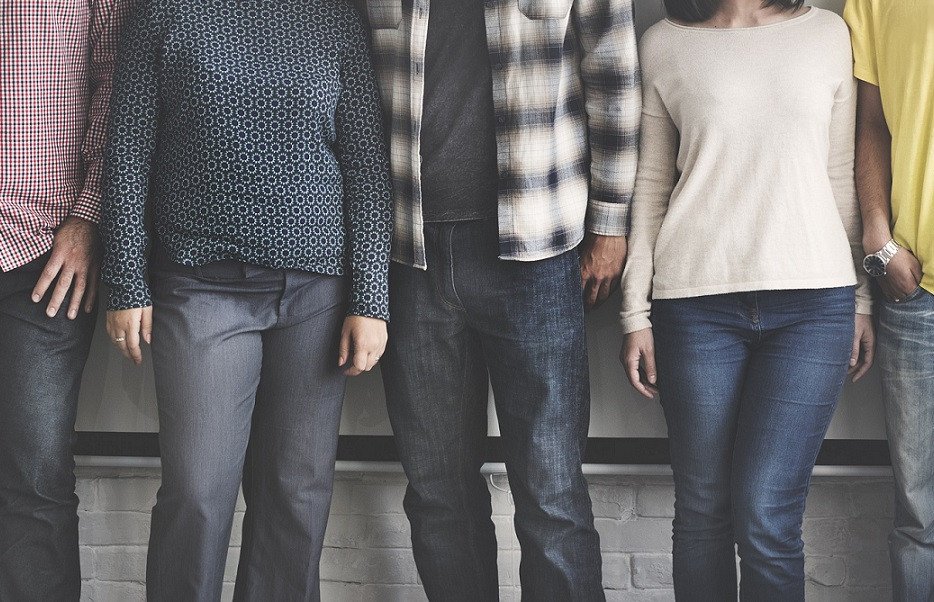 4 Ways To Cultivate Gender Diversity In Your Organisation

Tags: Consultant Corner, Be A Leader