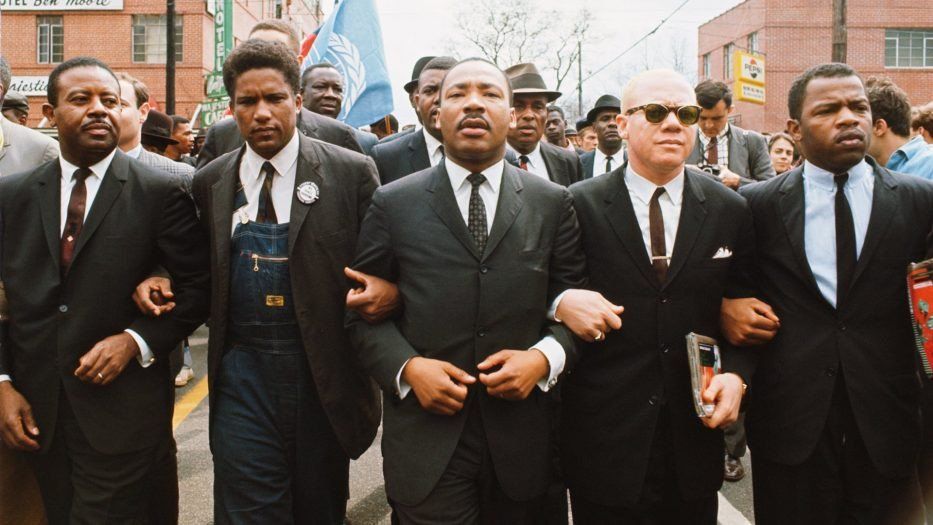 Our lives begin to end the day we become silent about things that matter.

In 1935, a six year-old boy from Atlanta, U.S., was told by two school friends that they couldn’t play with him anymore. His mother explained to him that this was because they now attended segregated schools.

This was Martin Luther King Jr’s first experience of living life as a second-class citizen, someone who was seen as less than human based solely on the colour of their skin.

It profoundly affected the young boy who would go on to win the Nobel Peace Prize for his efforts in leading the Civil Rights Movement.

Dr Martin Luther King (1929-1968) was a key figure in fighting for civil rights to end the legal segregation of black Americans who were subjected to brutal injustice and continuous oppression.

He was born Michael Luther King Jr, and was known as little Mike before his father changed his name to Martin.

Leaving school at the age of 15, King achieved his BA degree at Morehouse College – the same institution from which his father and grandfather graduated.

Following his study of theology at Crozer Theological Seminary in Pennsylvania, he was awarded the Bachelor’s of Divinity. In his senior class, he was elected president in a predominantly white group. 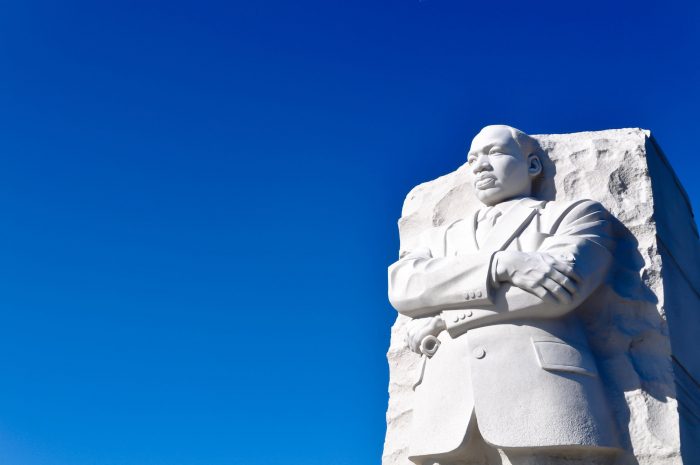 In 1955, he achieved his doctorate in Theology from Boston University. It was there that he met his future wife, Coretta Scott, with whom he had two sons and two daughters.

He was constantly reading and learning, and his speeches are littered with references to great leaders and philosophers of the past. A key trait of great leaders is that they learn continually, reading voraciously and absorbing content everywhere they go.

Later that same year, a woman named Rosa Parks was arrested in Montgomery for refusing to give up her seat on a bus for a white passenger.

On the evening of December 5, following a day of boycotting the bus services, the Montgomery Improvement Association was formed at the basement of the Holt Street Baptist Church (Dr King’s church).

When no one seemed to step up to the plate, he was elected its president at 6 p.m. – although Dr King had no intention of leading this movement,. At 7 p.m., the newly elected president was supposed to give a speech during mass.

Dr King ran home to tell his wife and had about 20 minutes to prepare a speech. Normally, he would take about 15 hours to prepare a sermon but after a few minutes of panic, he jotted down some lines and headed back to the church where thousands had gathered.

He delivered an inspiring speech from his heart that began the movement which not only helped him figure out his calling, but inspired millions to follow suit.

Being Faithful To Your Vision

Many times in life, like Dr King, leadership is thrust on to us. How we seize that moment (even if we are unsure, as he was) and leverage it, determines the kind of leader we are.

In 1956, as the movement began to take shape, Dr King received death threats, and his house was bombed in late January as he addressed a meeting. Although no-one was hurt, the charismatic pastor later had to implore angry crowds to observe nonviolence as they called for retribution.

He once observed that, “Darkness cannot drive out darkness: only light can do that. Hate cannot drive out hate: only love can do that.” It was this belief that fuelled his spiritual journey and social conscience, along with drawing inspiration from peaceful campaigners such as Mohandas Gandhi and Thich Nhat Hanh.

Dr King knew that despite calls from many to fight back and defend yourself when violence is dished out to you, he stood his ground – faithful to his calling for a non-violent protest and movement.

Taking The Long And Winding Road

Knowing that the struggle for civil rights and equality would be a long and winding road, stretching out even after his own time, Dr King was nevertheless determined that action should always be taken where action was necessary.

The length of time it took to achieve the goal didn’t matter – only that it was achieved. As he once said, “If you can’t fly then run, if you can’t run then walk, if you can’t walk then crawl, but whatever you do, you have to keep moving forward.”

Many a times, we feel like giving up. Our goals seem too impossible, too far away. I have on many occasions felt like giving up on the Leaderonomics dream. Yet, like Dr King, we need to have long-term focus and patience.

Great things come to those who wait, to those who keep at the task at hand and know that even if he or she fails to achieve the mission, someone else will carry that work on to completion one day.

Or role is to patiently keep going forward.

The power of the spoken word

It was on this day that the famous ‘I Have A Dream’ speech was delivered by Dr King who included several hopes he had for humanity:“I have a dream that my four little children will one day live in a nation where they will not be judged by the colour of their skin but by the content of their character.”

This speech rocked the nation and began swinging the pendulum for the movement.

Many times, as leaders, we do not realise the power of the words we use. Words have a profound effect on people. The words we choose and the words we utter, can inspire or deflate.

Words can bless or curse. Words can have a magical effect on people’s motivation and zeal towards you and your work. As leaders, we need to be conscious that words can define our success or failure.

In December 1964, Martin Luther King was awarded the Nobel Peace Prize at a ceremony in Oslo, Norway. He announced that the $US54,000 would go entirely towards helping the civil rights struggle.

In his last public speech, delivered in Memphis on April 3, 1968, Dr King gave an inspiring call to peaceful action to those in attendance.

In the prophetic ‘I’ve Been to the Mountaintop’ speech, he said: “Like any man, I would like to live a long life. Longevity has its place. But I’m not concerned about that now. I just want to do God’s will. And He’s allowed me to go up to the mountain. And I’ve looked over. And I’ve seen the promised land. I may not get there with you. But I want you to know tonight, that we, as a people will get to the promised land.”

The following day, Martin Luther King was shot and killed as he stood on the balcony of his hotel in Memphis. He is buried in Atlanta – returning to the place where he called home and where his struggle began.

Dr King always spoke out, even when it was not convenient and even if it meant death. He always held to his principles, never compromising. He always put the mission ahead of even his own personal agenda.

Dr King was a leader who showed the importance of living with courage, staying true to your principles, and to keep fighting to realise your vision even if the odds are stacked heavily against you.

Passion and perseverance are powerful forces against any challenge, no matter its size or how long it takes to overcome.

As for his legacy, less than a year after his assassination, Shirley Chisholm became the first black female member of Congress. America saw its first black American president elected to the White House in 2008, and black Americans now rightly enjoy greater freedom and rights.

But if there’s one thing that the life and times of Dr King show us, it’s that we should never rest on our laurels. We need to keep struggling, believing, and pushing forward with our convictions, beliefs, and dreams.

Only when we do, can we leave a legacy as powerful as Dr. Martin Luther King Jr. 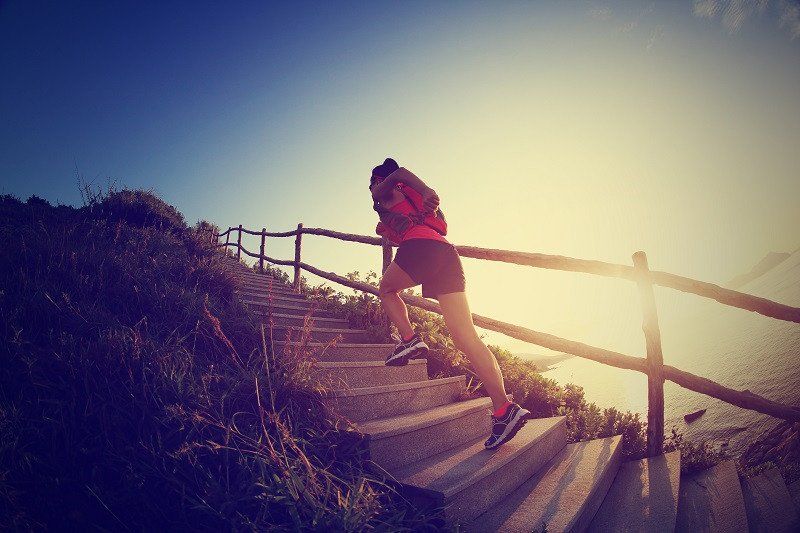 C-Suite Pitfalls: 3 Transition Scenarios To Watch Out For