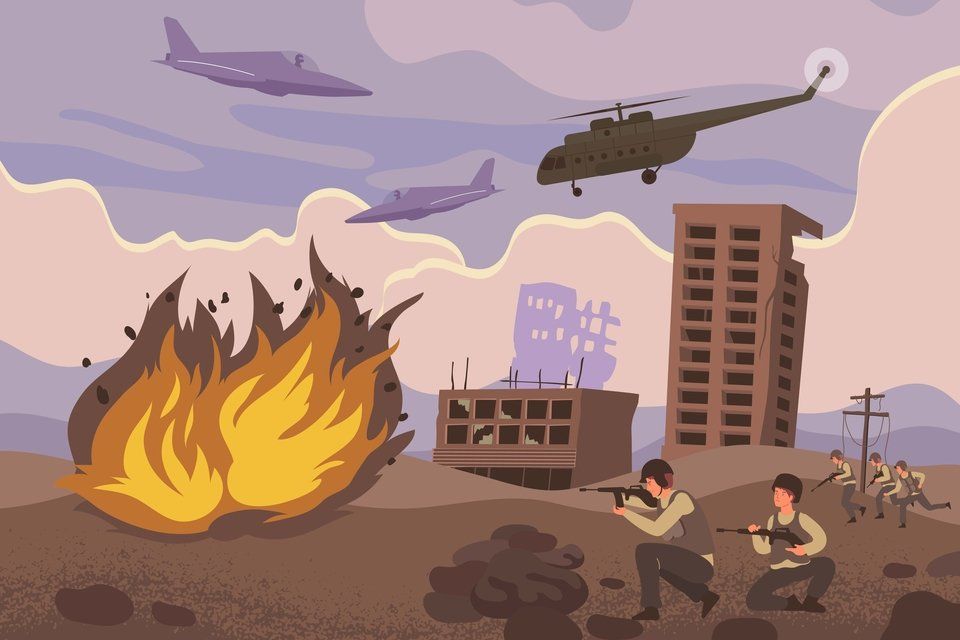 Wars bring out the worst in people and destroys the very foundations of humanity.

War, what a glorious venture. What a terrific way to embark on heroic deeds. What an opportunity to showcase the finest human qualities of idealism, courage and self-sacrifice. And what a great way to find purpose, meaning and a reason for living.

But are wars really so heroic? Talking about "glorious" wars could make you sound like a psychopath. Wars are barbaric. They don’t have great endings, just death and destruction. There are much better ways to go about resolving conflicts than engaging in this exercise in brutality, futility and stupidity.

All too often, leaders start wars over obscure borders and materialistic values. And in the end, nobody wins. As the philosopher Bertrand Russell pointedly said,

War does not determine who is right – only who is left.

Even if physically unscathed, no soldier ever survives a war.

Presently, the unspeakable horrors that accompany war are evident in Russia's “special military operation” – its euphemism for the war in Ukraine. The avalanche of war crimes occurring in Ukraine demonstrates how war has precipitated human regression. Battles do not bring out the best in people, they unleash the beasts in them.

What is absurd and monstrous about war is that people who have no personal quarrels are encouraged to murder one another in cold blood. Nearly everything done in war would be considered a crime in peacetime.

A Childish Reaction to Conflict

Many people rationalise war as being a necessary evil; some even suggest the inevitability of war when aiming for peace. However, given the destruction, we should question: what kind of peace? History shows that despite endless wars, the world is still as divided as ever.  Building a civilisation on mounds of corpses is not the way for civilisation to progress.

It could be argued that war is our default response, like the knee-jerk reactions commonly found among young children. German philosopher Immanuel Kant first noted that “With men, the state of nature is not a state of peace, but war.” Is war then an interlude during peace, or peace an interlude during war? Peace is often the short interval during which nations toil to pay the costs of past and future wars. The aftermath of war can linger for centuries and beyond.

As technology develops, wars have become increasingly devastating. They no longer consist of a few people throwing rocks at one another. Today, with the threat of nuclear war and environmental catastrophe, we should be concerned about the survival of our species. As English writer H. G. Wells said, “If we don’t end war, war will end us.” Now, more than ever, no civilisation can wage war without destroying itself, and without losing the right to be called civilised.

Why then do leaders start wars knowing full well the devastating implications? One way of understanding the question "why war" is to examine the minds of people in power. For those in leadership positions, there is always a delicate balance between disposition and position.

Individuals of certain character types are more tempted to seek positions of power. And, when they achieve what they have always been aiming for, hubris may raise its ugly head. Such leaders can become detached from reality and begin living in an echo chamber. As a result, people who report to them become inclined to tell them only what they like to hear. Living in a narcissistic haze, they are prone to illusions of grandiosity and fear their power base may be taken from them.

With this state of mind and when there are no civil safeguards in place, these leaders could quickly sink into autocracy or even despotism. This can result in a highly dissatisfied populace, triggering some form of action. To be deposed isn’t an attractive proposition.

An appealing way for these leaders to consolidate a power base and cement their hold on their subjects is to create a common enemy. When people feel threatened, they fall into a dependency position, clamouring for a leader to show the way. Of course, people often don’t realise the price they will pay for this temporary illusion of protection.

Toxic leaders can be virtuosos in rallying the population to their cause. This is because they are well acquainted with the three P’s of demagogue-like leadership: Populism, Polarisation, and Propaganda.

First, populist-like leaders create imaginary realities for their subjects. They tell their subjects what they like to hear, unrealistic as this may be. Second, they are skilled in creating a world of “us” (good) versus “them” (bad). Experts in the primitive defense of splitting and projection, they’re quick to place blame on others when things go wrong. Third, they build a world based on alternative facts. As the ancient Greek playwright Aeschylus said, “In war, truth is the first casualty.” The populace is offered conscience-soothing falsities and truth is replaced by propaganda.

Enforced by the military and the police (secret and otherwise), these rulers apply the three P’s of dysfunctional leadership and know exactly how to instil fear and get people to toe the line. In the meantime, freedom of expression falls by the wayside.

They are masters in making their subjects believe they’re fighting a righteous war, not creating hell on earth. Faith in the righteousness of their cause will trample all reason, sense, and understanding. Absolute truth transforms into blind truth, and anyone who questions the war is considered a traitor.

An Endless War of the Mind

Leaders who wage wars don’t care that they are doing great harm to civil society. Their desire to fight should be seen as a symptom of a disturbed state of mind. Their inner world seems to be ruled by primitive emotions. As American writer John Steinbeck noted, “All war is a symptom of man’s failure as a thinking animal.” The real war they should be fighting is the one taking place between their ears. Until they end the battle in their mind, the real war will never end.

Measures need to be taken to prevent demagogue-like leaders from coming to the fore and starting unnecessary wars. First, an educated, psychologically savvy electorate is a major countervailing force against toxic leadership. The voting public needs to be cognisant of the three P’s of dysfunctional leadership. Second, strong civil institutional structures need to be in place to prevent the abuse of power.

Another way to overcome the war in people's minds is to have people take on an attitude of compassion and empathy. In times of war, the world has always held peace advocates in the highest regard. There's a reason the slogan "make love, not war" is widely quoted. The people we admire most are the ones who realise that the only way to win a war is by preventing it. Possessing the capacity to better relate and understand other people’s experiences is the best way to avoid conflict.

However, an early start is needed to avert war-like attitudes. In this regard, the words of Mahatma Gandhi are prophetic. He said,

If we are to teach real peace in this world, and if we are to carry on a real war against war, we shall have to begin with the children.

The concept, specifics and ethical ambiguities of war should be introduced to children from an early age onward to help them understand its horrors.

If we are able to do this, we will help them develop into more reflective adults. This mindset fosters responsible conflict resolution and contributes to the creation and maintenance of strong civil institutions. In turn, the world will need leaders who subscribe to such a worldview. Thus, while the prevention of war is the primary task of effective leaders, ensuring peace may be the primary task of educators. 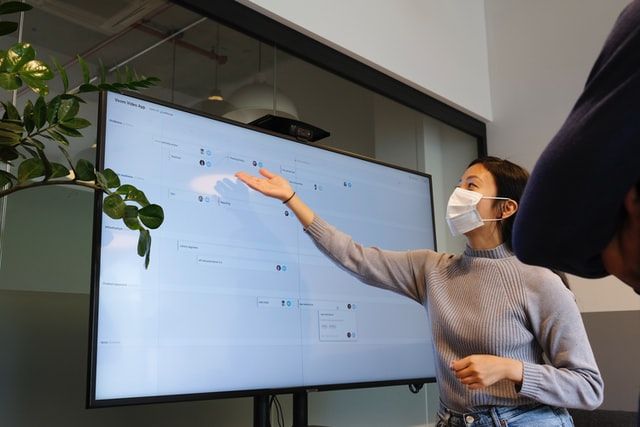