Lead Change From The Top

This is how retired Harvard Business School professor John P. Kotter starts his influential 1990 article What Leaders Really Do. In the article, Kotter contributes his views to the debate on the difference between management and leadership. He proposes that they are different, but complementary.

When it comes to managing change, the two cannot function on their own. Only organisations that embrace both management and leadership can truly thrive in turbulent times, he says.

He explains the difference between the two: “Companies manage complexity first by planning and budgeting – setting targets or goals for the future (typically for the next month or year), establishing detailed steps for achieving those targets, and then allocating resources to accomplish those plans.

By contrast, leading an organisation to constructive change begins by setting a direction – developing a vision of the future (often the distant future) along with strategies for producing the changes needed to achieve that vision.”

While management achieves its plans by organising and staffing, Kotter argues, leadership achieves its goals by aligning people. And it does so by communicating the new direction to those that are committed to its achievement.

Achieving the vision entails motivating and inspiring. This keeps people moving in the right direction, despite any obstacles that may be in the way, “by appealing to basic but often untapped human needs, values, and emotions.”

The importance of emotional intelligence

“I have found that the most effective leaders are alike in one crucial way: they all have a high degree of what has come to be known as emotional intelligence,” writes Daniel Goleman in his Harvard Business Review essay What Makes a Leader.

Could it be that emotional intelligence is the driving force behind leaders’ ability to drive change? Possibly so.

Joseph Grenny, a well-known consultant that specialises in the topic of change, argues that one of the three ways that effective leaders influence change is by connecting to people’s values.

Grenny argues that “people are willing to do tough, boring, routine, or even painful things if the things connect to their deepest values.”

Even with this knowledge at hand, leaders tend to ignore this aspect of their responsibility to ensure that their people reflect on the moral implications of their behaviour.

If part of the job of the leader is to align people to a new “norm,” and this is often achieved through inspiration and motivation, it only makes sense that emotional intelligence plays a key role in this.

After all, leaders are dealing with people and have to appeal to their humane instincts in order to get them to do the right thing.

Perhaps before emotional intelligence comes to play, there is a need for a clear vision. And this vision needs to come from the leader him/herself.

It must be expressed in a way that it is understood by all those involved, with the help of emotional intelligence.

The vision needs to be strong enough and indicate clearly how this will be better for the future. It needs to answer the question, “What problem are you aiming to solve?” and then, “What will the world look and feel like when you do so?

The communication of this vision once again is the responsibility of the leader.

And this is the part that often leads to the downfall of many leaders. If they cannot clearly communicate their vision, the people will be hesitant to follow.

Furthermore, if the vision is communicated in a way that does not let them understand its relevance to them (the people), they are less likely to want to be a part of it and contribute to its success.

It is not the role of the leader to come up with all the details for the implementation of a change. It is, however, their job to ensure that at least some initial strategies are set, to get the team started.

Strategies must, of course, be aligned to the vision, and who better to make sure of that than the person setting and communicating the vision. At the same time, these tactics must be designed in a way that they empower people, and that they can be amended along the way when necessary.

After all, in a journey of change no one knows what you might find along the way, and you should always be flexible enough to adapt and take in new information – bad or good.

Motivate rather than control

Kotter argues that “being able to generate highly energised behaviour is important for coping with the inevitable barriers to change.”

“Motivation and inspiration energise people, not by pushing them in the right direction as control mechanisms do but by satisfying basic human needs for achievement, a sense of belonging, recognition, self-esteem, a feeling of control over one’s life, and the ability to live up to one’s ideals.”

He goes on to say that good leaders have a few ways of motivating people, including the way they articulate the organisation’s vision (in a way that resonates with the values of the people they are addressing) and the support they show to employees through coaching, constructive feedback and mentoring/role modelling.

Another way is through recognising and rewarding success, giving people a sense of accomplishment and pride.

Motivation is much stronger than control. Especially in a period of change. With so many things changing, the last thing employees need is someone breathing down their neck.

This is where the role of the leader becomes crucial – in ensuring that people are pushed and motivated the right way so that they stay committed to the task.

A culture of leadership

In turbulent times of change and uncertainty, a leader is unable to oversee everything and review all things going on. That is why nurturing a culture of leadership in the organisation is an important part of a leader’s role.

“Recruiting people with leadership potential is only the first step,” writes Kotter. “Equally important is managing their career patterns.”

Interestingly, this is not a mentality that can be followed only in times of change.

It takes time to build leaders, and this is a task that needs to be ongoing in an organisation long before the time to “use” these leaders comes.

By providing potential leaders with ample challenges early on in their career where they are needed to lead, take risk and even fail, you equip them well for the rest of their career journey.

Similarly, by allowing them to try various posts so that people can understand how different components of the organisation work, it allows them to grow and obtain an overall picture of the organisation and the different parts that make it up. When it comes to a major change and reorganisation, this would be a godsent skill, as they will be able to foresee the ramifications of one action in various departments.

Leaders are the key drivers for change within an organisation, and they have a few ways of doing this up their sleeves. Evidently, they have a huge responsibility on their shoulders, but that comes with the title.

They are the ones that need to steer the whole body of the employees towards the right direction for change, and, ultimately, it falls on them whether this is done successfully or not.

Eva Christodoulou wishes that all leaders, no matter their position, will be able to inspire and lead change in their organisations. To engage with her, email eva.christodoulou@leaderonomics.com. Click here for more Be A Leader articles. 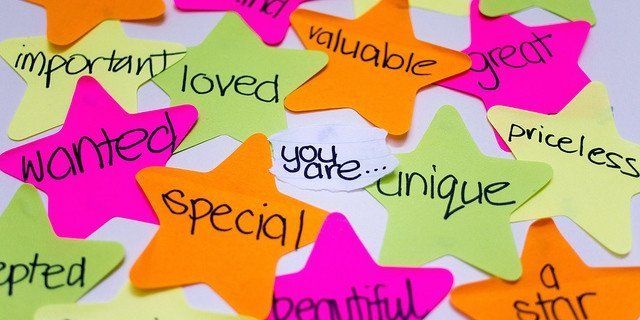 Sincere Words Of Affirmation Are Effective