Start Now! Time And Tide Wait For No Man 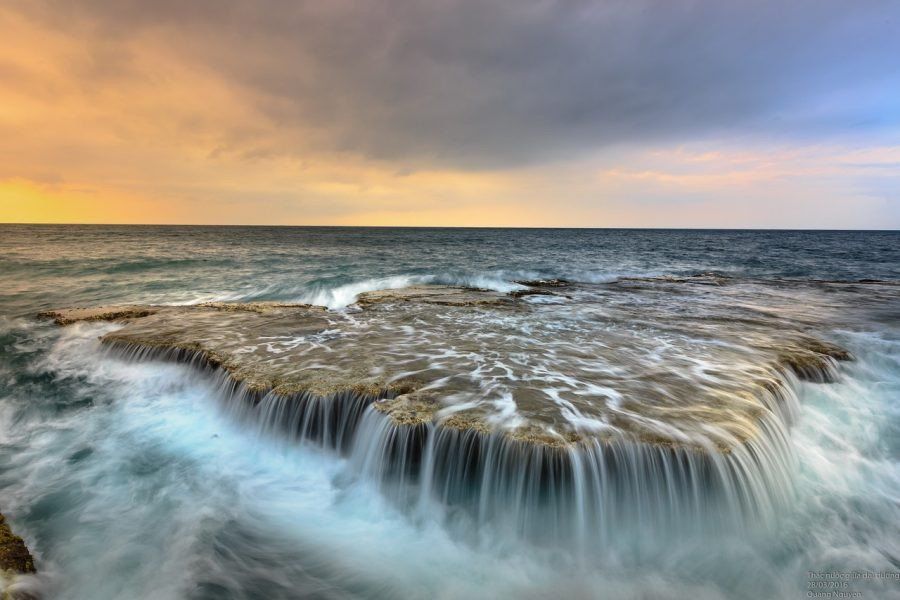 In 1908, Henry Ford began to build his Model T cars. In the 1920s, radio took off as a medium. Thirty years later, the TV came onto the scene. In 1960, laser technology was invented, and by the late 1970s, portable cassette players allowed people to enjoy music on the go.

As we entered into the 1990s, families all over the world became familiar with the ‘dial-up’ tone of the Internet, which allowed people to share and download information across cyberspace.

In 1992, the first ‘smartphone’ was invented by IBM, and today, most of us are walking around with devices in our pockets that are more powerful than the National Aeronautics and Space Administration computers that sent Neil Armstrong and his Apollo 11 crew to the moon and back in 1969.

Over 5,000 years separate the invention of the wheel and Ford’s Model T car. Getting from the first personal computer (the ‘Kenbak-1’ created in 1971), to the smartphone took just 21 years.

The speed at which technology advances has become so rapid, commentators say that the new smartphone you bought six months ago is now outdated. Change is moving at an alarming rate and it shows no signs of slowing down.

No, this isn’t a story about technology.

This is written for those who have messaged me in recent months asking, “When is the best time to start [insert idea here]?” This is a question that only has one answer.

“But Roshan,” some reply, “I have student loans to pay off, a job to go to, family commitments; I don’t have enough time, money, experience, contacts.”

Their points are valid – anyone who has ever made a success of their ideas has experienced these challenges and more.

Not every successful person started with an easy life and abundant resources. In fact, many successful people started off in much tougher circumstances than we ourselves have experienced.

During a recent debate online on a current affairs topic, one person said this, “Facts don’t care about your feelings.” I felt it was a bit harsh.

After all, arguments are nuanced, demonstrated by the fact that when it comes to topics such as gun control, elections, healthcare and Brexit, some of them have been raging on for years.

However, when I received a message from people asking when the best time was to explore a business idea they’d been mulling over (along with the hundred reasons why they should wait to start), the thought came to me, “Time doesn’t care about your circumstances.”

Yes, it was a little harsh, but it’s a difficult pill all of us have to swallow. It points to a hard truth: whatever we choose to do, time rolls on. Change is happening quicker these days and will continue to be so.

Waiting too long these days means one thing: your idea soon becomes irrelevant, or someone else gets it done before you.

How much is lost to us because we wait for the right moment? There is no right moment. We make our own fortune, and it’s cultivated by taking calculated risks (or sometimes a complete leap of faith) and putting everything you have into making the most of that idea.

It’s through taking action that we learn the most. There is no substitute for getting out there and doing something, exploring unfamiliar territory.“Learning by doing” is a great concept. We grow, develop, and stumble upon great ideas by “doing”. The more we do, the more life offers itself to us, whether it be in the form of opportunities, innovations, breakthroughs, or even valuable lessons brought by temporary failures. 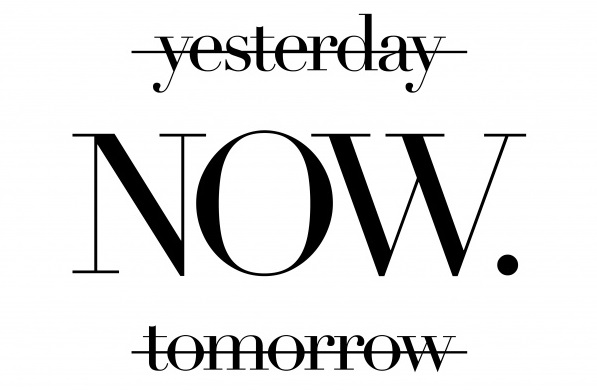 READ: When Failure Isn’t A Bad Word After All!

The story of Leaderonomics

When Leaderonomics was founded, I wasn’t an expert on how to run or build a social enterprise. Just over 10 years ago, some colleagues and I had a vision to build leaders in Malaysia and help transform the country.

We each brought our various skills and expertise into the fold, but we had no idea how things might turn out. We even doubted if our endeavour would be a success.

But we had a vision. We had the passion to do something that we deeply believed in, and so we decided to give everything we had and learn as we go.

If you have something in mind you really want to do or work towards, stop waiting. Stop being held hostage by fear and take one or two steps now, today! Get the ball rolling.

Don’t be the person who, in five years from now, says, “I should’ve started back in 2018.” Don’t allow excuses to hold back the gifts you can give to the world.

Someone contacted me about starting up their photography business but said they had no money to do so.

“Do you have a smartphone?” I asked.

“Do you have access to the Internet?” ‘Yes’ was their reply.

“So why do you need more money to start building your brand?”

“I can’t open a studio with the money I have – it’s not possible.”

OK, opening a studio isn’t possible at the moment. But it costs nothing to open social media accounts and start a photo blog. You don’t need any money to build a basic website. Creating content for YouTube doesn’t require cost. There are countless free apps available for curating, creating and editing your work.

Giving value to others through the work you share costs nothing – but it will offer a return on investment beyond your imagination if the work is good enough, and enough people enjoy it.

There is no excuse that can’t be thrown out, simply because there are people out there doing amazing things despite wrestling with many of the same constraints the rest of us face.

To them, it’s simply too much effort. The sad reality is that they don’t want something badly enough to the point that they’ll do the work: they just want the finished article.

If I were to say, “OK people, put the work in, give the hours, make the connections, manage your time effectively, create value for others, and then I’ll give you RM10,000 for your project,” they’d suddenly find the motivation to get going. That’s because they know for sure there’s something waiting for them at the end of the process.

With any idea, there’s no certainty of how it will turn out. Bill Gates, Steve Jobs, Mark Zuckerberg, Warren Buffett… none of these people had any idea where their initial efforts would lead them. All they had was an idea, the passion, a ridiculous work ethic and incredible focus to build something they believed in.

None of their successes were guaranteed in the beginning, although it’s easy to believe so with hindsight. If they didn’t put in the work, we wouldn’t have Facebook or iPhones today.

Are you creating value for others?

Today’s world is about creating value for others. What you give determines what you get in return. If you start from a point of, “How can I get people to buy into…,” you’ve lost already. In almost every market, people have so much choice now that they have the power to ask, “What’s in it for me?”

It’s the reason why a company like Coca-Cola spends around USD3 billion each year in advertising globally. Why does the most recognisable brand in the world need to stay engaged with its consumers? Because consumers have the freedom to go elsewhere if they feel they aren’t getting value from the brand.

Coming back to my case in point, if you want to start a photography business, the first thought shouldn’t be, “How can I buy a studio?”

It should be, “How can I create compelling content and share it effectively on social media every day in a way that creates presence, connects with people and keeps them coming back for more?” That’s a plan that can be worked on right now.

To get ahead in any race, we have to take the first step. Not even Usain Bolt could win a 100m race by starting from the finish line. In fact, he often made the point that he was a slow starter but a great finisher – he knew how to work well with the momentum he gained during the race.

Needless to say, if he waited even a few seconds after the starting gun sounded, everyone would have immediately got ahead of him and catching up would have been difficult.

Whatever you want to do, you have to build momentum first, and that comes by doing the work and creating value for your audience, not to mention consistently engaging with them in meaningful ways.

Unless you’re ridiculously lucky, the groundwork needs to be done and the foundations laid before any kind of big success is achieved.

Don’t wait. There is never “the right time” – the only time that exists is now. Any success achieved will be determined by how effectively you use every moment from now until then. Leave no room for regret.

Stop waiting and start doing! Be a leader!

Roshan Thiran is the Founder & CEO of Leaderonomics – a social enterprise working to transform lives through leadership development. Connect with Roshan on Facebook and Twitter for more insights into business, personal development, and leadership.

This article first appeared on LinkedIn. 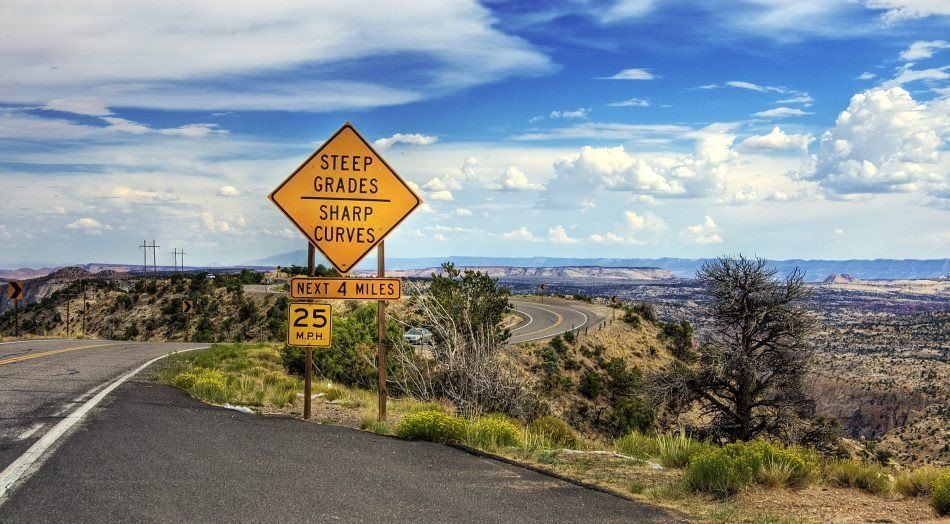 How Can HR Equip Talents For The Future Workforce?

Tags: Be A Leader, Character